"This is An American in Paris on wheels and crack smoke" 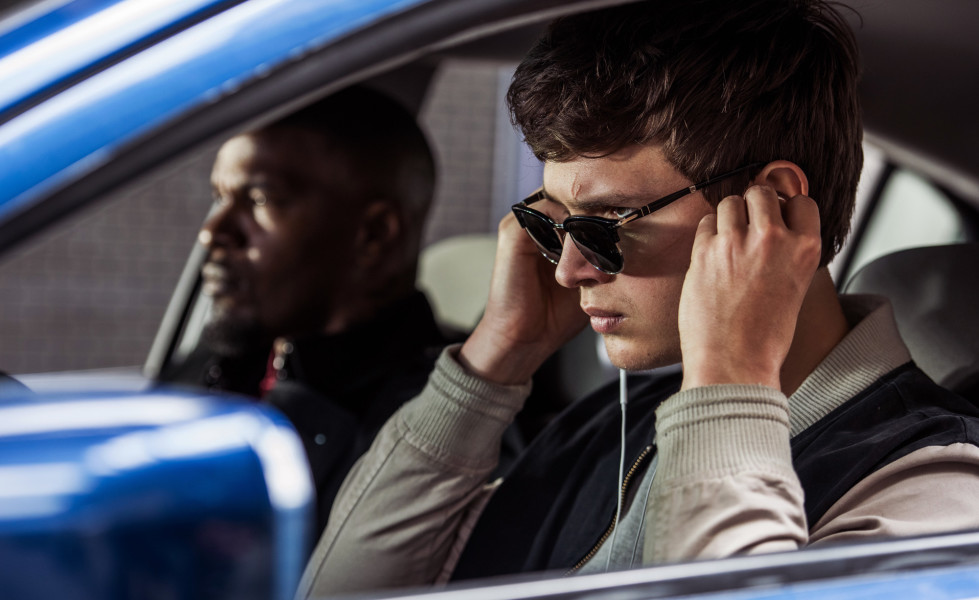 TIFF 6ix distills a week of Film Twitter into six essential reads on one topic. This week: Baby Driver.

The well of Edgar Wright’s endearing and ever-present directorial habits is deep — zoom closeups, whip-pans, fence-jumping, the list goes on — but it’s his love-in for all things music that gets the special treatment in his latest joint, Baby Driver.

In the film, Ansel Elgort plays Baby, a getaway driver with a “hum in the drum” — permanent tinnitus from a car accident that killed both his parents — which he blocks out with a steady influx of music. His stunt driving is fueled by “Tequila,” “Kashmere,” and “Egyptian Reggae.” This narrative device is the perfect excuse to indulge Wright’s mixtape-mad inclinations. The constant acknowledgement and presence of the film’s music turns Baby Driver into a pseudo-musical, where chase sequences crescendo alongside a meticulous soundtrack, ranging in both decades and genres.

READ:
"How Edgar Wright Used Music to Transform the Heist Movie with Baby Driver"
by Stephanie Merry for The Washington Post

The Beach Boys. Run the Jewels. Dave Brubeck. The music in Edgar Wright’s head is seemingly always on “shuffle,” as the British director pulls together a ferociously-eclectic soundtrack that has been twenty years in the making.

Back in the '90s, Wright listened to “Bellbottoms” by Jon Spencer Blues Explosion and immediately wanted to direct a car chase to the tune. That idea never died. He even beta-tested the Baby Driver concept in 2003 with a music video that he directed for Mint Royale’s “Blue Song." The video starred Never Mind the Buzzcocks’ Noel Fielding as the getaway driver — this time with a co-dependent relationship with a CD Discman instead of stolen iPods.

READ:
“Edgar Wright Came Up With the Idea for Baby Driver Over 20 Years Ago"
by Clark Collis for Entertainment Weekly

READ:
"Edgar Wright and Paul Williams In Conversation"
by Keith Staskiewicz for Billboard

"A long, long time ago (my generation’s youth), a maverick filmmaker named Walter Hill made two promises. One: he made a great action flick called The Driver. Two: he promised us, in [Streets of Fire], “A Rock ‘n Roll Fable.” Both movies gave our generation a shot of adrenaline. Now, decades later, Edgar Wright fulfills both promises with the breathtaking Baby Driver. The key to understanding it fully — at least for me — is in the fact that it is a fable, complete with its very own Disney prince and princess, but it is also rock ‘n roll. Meaning the magic exists in a dirty, genre-tainted world. The film is incredibly precise. Flawlessly executed to its smallest detail: breathtaking Russian arm shots, real-world car mount and foot chases executed with the vigour and bravado of a Gene Kelly musical. This is An American In Paris on wheels and crack smoke. It’s a movie in love with cinema – the high of cinema and motion. In love with color and light and lenses and film. But, unlike Edgar’s previous films (all of which I love) this stakes new, unironic territory. This is earnest and unprotected. It wears Edgar’s heart on its sleeve. It’s a riff — a beautiful riff — and in many ways send his career in a new direction. It shows us tricks and tunes he hadn’t played before. The cast is in a state of grace and so is the entire crew. Imagine that as a carpenter you encounter a precious, precise, exquisite piece of cabinetry. This is how I feel. I’ve always liked Edgar. But this moved me. It moved me to see a fellow filmmaker come out of a debacle with a movie that declares his credo again. I hope and pray you go and see it on a big screen. I wish you all the joy I felt: I just saw a good pal get the gold. By God, go check it out."

If you don’t want to blare “Harlem Shuffle” on 11 and dance through the streets of Atlanta à la Elgort’s Baby after reading GDT's tweets, honestly, we can’t help you.