There is no “Us” Versus “Them” in Farhadi’s Cinema

Read an excerpt from Asghar Farhadi: Life and Cinema, with all sales from the book benefitting the American Civil Liberties Union until February 26 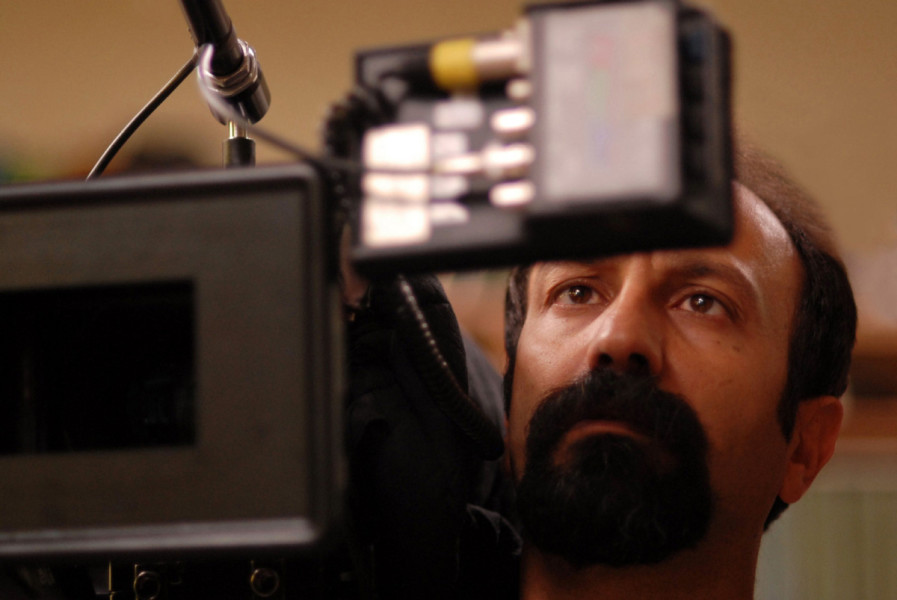 One of the first artists to feel the effects of President Trump’s disastrous executive order on immigration is Iranian filmmaker Asghar Farhadi, whose award-winning film The Salesman (which played TIFF 2016) is nominated for Best Foreign Language Film at this year’s Academy Awards. Oscar speculation had hardly commenced when the Muslim ban came into place, which has now effectively blocked Farhadi’s attendance at a ceremony to which he is invited. Understandably, Mr. Farhadi said in a statement to The New York Times that even if special arrangements were made, he would not attend the Oscars this year:

I would therefore like to convey via this statement what I would have expressed to the press were I to travel to the United States. Hard-liners, despite their nationalities, political arguments and wars, regard and understand the world in very much the same way. In order to understand the world, they have no choice but to regard it via an “us and them” mentality, which they use to create a fearful image of “them” and inflict fear in the people of their own countries. 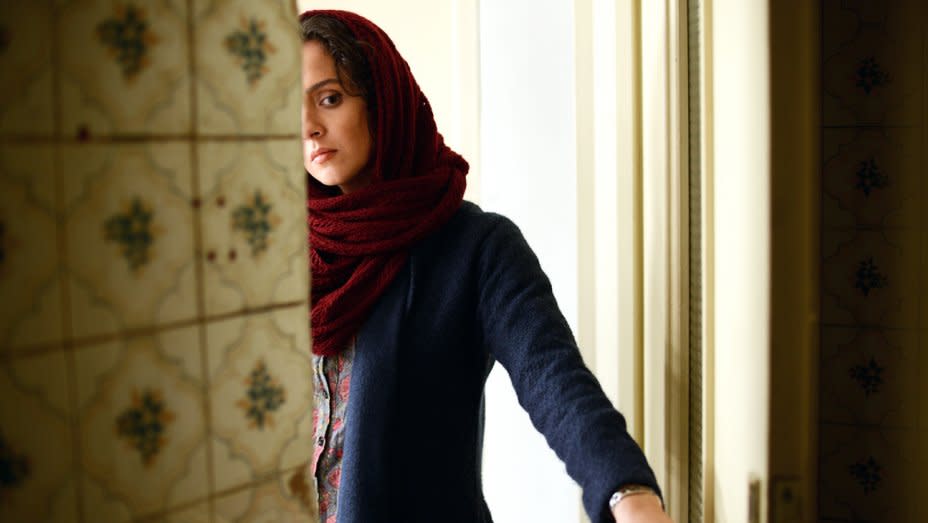 Filmmakers and actors at the recent Golden Globes and SAG awards are already using their acceptance speech as a political platform. Mahershala Ali, Meryl Streep, Julia Louis-Dreyfus, and others have spoken out against Trump’s presidency, Islamophobia, and the Muslim ban. These statements are undoubtedly powerful, and many more words will be said at the Oscars later this month. Yet, who better to speak on the codification of Islamophobia in American law than an Iranian filmmaker prohibited from entering the country? The symbolic and political import of Farhadi’s absence should not be overlooked. Tens of millions of Americans watch the Oscars. Who knows how many would have their prejudices challenged had the filmmaker been given the chance to speak?

Five years ago, Asghar Farhadi used his acceptance speech at the 2012 Oscars (for his film A Separation) to denounce the hostilities between the two governments. There’s a reason why two of the three Iranian films ever nominated for Best Foreign Language film are made by him. Though mostly based in the contemporary social spheres of middle-class Iranian life, Farhadi’s themes are universal. Characters are situated within moral dilemmas that anyone with a human brain and heart can relate to: a man’s desire to see his ex-wife one last time in person, a servant’s shock and anger at being wrongly accused of theft by her employer, a recently attacked woman’s stubbornness to get back to work, as if that will erase her pain. Farhadi’s films make the viewer appreciate the degree to which morality plays a role in our everyday actions, and how that morality has been diluted from public awareness. His work asks the viewer to understand the perspectives of all of the film’s characters, and while the stories never feel didactic, they question why we treat people with discrimination and fear, an idea that feels particularly pertinent in today’s political climate.

What follows is an excerpt from my book Asghar Farhadi: Life and Cinema. The sections chosen analyze the aesthetics of his film A Separation, while also describing Mr. Farhadi’s continuing refinement of his craft, the film’s appraisal in the West, and the cultural significance in illuminating the everyday life of Iranians. Published by The Critical Press, Asghar Farhadi: Life and Cinema is my survey of Mr. Farhadi’s filmography and includes an extended interview with the filmmaker. From now until February 26, all proceeds from the sales of the book will be donated to the American Civil Liberties Union.

At this time many Iranians all over the world are watching us and I imagine them to be very happy. They are happy not just because of an important award or a film or a filmmaker, but because at the time when talk of war, intimidation, and aggression is exchanged between politicians, the name of their country, Iran, is spoken here through her glorious culture, a rich and ancient culture that has been hidden under the heavy dust of politics. I proudly offer this award to the people of my country, the people who respect all cultures and civilizations and despise hostility and resentment. – Asghar Farhadi, at the 84th Academy Awards

A Separation is Asghar Farhadi’s magnum opus, a sui generis in his oeuvre, Iranian cinema, and indeed within the larger history of cinema itself. The production catapulted the filmmaker to a high degree of mainstream international acclaim and affected the political tensions between Iran and the West at a time of high tension. Its significance as a globalizing cultural product that updated the world’s blurry image of Iran should be neither underestimated nor forgotten.

“. . . A Separation is a fine account of Iran’s predicament; anyone interested in the mysteries of change and tradition — the difficulties faced by many people as they try and reconcile themselves to modern values and norms — will learn much from it,” wrote one anonymous writer for The New York Review of Books.

The work continued Farhadi’s examination of the plurality of moral perspectives within a society entangled between modernity and tradition. But here, formally and narratively, Farhadi reached an aesthetic zenith. Here, more distinctly and clearly than in his other films, Farhadi demonstrates the problematic dynamics separating different classes, genders and generations. The film never favors one character over another — the religiously devout Razieh and her hot-tempered husband Hodjat are as relatable as the ostensible protagonist of the film, Nader. It’s fair to say that everyone in this film is prone to making mistakes — decisions they believe are right in the heat of the moment — and though the film begs us to judge them for it, we strangely find ourselves unable to do so.

Formally, Farhadi shows a colossal improvement between About Elly and A Separation. This is most apparent in narrative and visual style. Colors are muted and kept neutral on purpose (outside a few strands of bright red hair that dart out of Simin’s headscarf). The camera captures its characters and environments with a hyper realistic eye, crisply making out the most mundane of details in spite of the constricted contours of apartments, corridors, staircases and vehicles. This is all thanks to Mahmoud Kalari’s stunning cinematography, which Farhadi had decided to collaborate on extensively in the months leading up to production. The two brainstormed ideas for the look and feel of the film, sharing notes on their favorite Iranian documentaries. The handiwork has been (favorably) compared to Dogme 95, but combined with the kinetic, intuitive editing rhythm from Hayedeh Safiari, the end result is more dizzying and engrossing, planting viewers in the characters’ most intimate moments while obscuring their figures just behind the claustrophobic reach of doorframes, windows and other interior infrastructure. 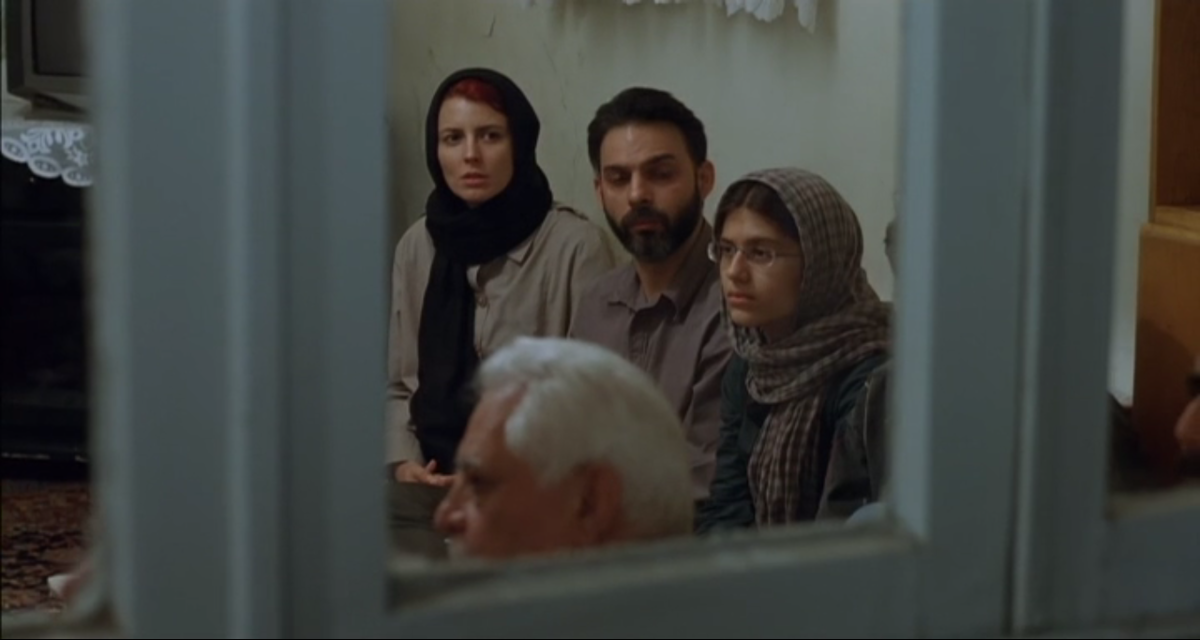 The “button” for this film’s “suit” was an image of a middle-aged man washing his senile father in the bath and crying. Though Farhadi has never experienced this personally, his grandfather did suffer from Alzheimer’s.

“I wanted to know: ‘Who is this man? Where is his family? Why is he keeping his dad in the house? Why is he responsible for washing him? And does his father even recognize him?’” Farhadi told Roger Ebert.com. “And so many other questions. These really made different aspects of the story come to light for me.”

The level of story detail in A Separation is unparalleled for Farhadi, but what’s most interesting about the film’s narrative and thematic complexity is how the film remains completely open to interpretation. It’s rich with subtext, even within the opening seconds of the credits sequence. Yes, even in those monotonous minutes as government documents are pressed against a photocopier, one can read between the lines.

The film’s domestic reception oscillated between national pride and utter contempt. The year before A Separation premiered, Farhadi’s public remarks supporting dissident filmmakers Mohsen Makhmalbaf and Jafar Panahi were taken seriously by the government and officials delayed the film’s production. After revoking his comments and issuing an apology — Farhadi claimed he had been misinterpreted — the government lifted the ban on his film. The domestic release was as successful as its international reception, and Iran submitted A Separation as its Best Foreign Language Film contender for the 84th Academy Awards, which it won — the first Iranian film to do so, sixteen years after The White Balloon had received Iran’s sole other nomination. The film was also nominated for best screenplay at the Oscars, and garnered a whopping 79 awards and 26 other nominations after its international releases. The film was the first to win three Bears at Berlinale and the first Iranian film to win a Golden Globe. The film was a huge commercial success for Farhadi — the most profitable Iranian film in history — amassing 20 million dollars worldwide. A Separation appeared on numerous year-end critics polls, with many — including Roger Ebert — naming it “the best film of 2011.”

It was the first Iranian film to have such a wide-ranging and resounding cultural impact on the image of Iran, and though Farhadi resisted descriptions that A Separation was some kind of complete cross-section of Iranian society — a film-cum-encyclopedia that could teach people about how everything works in the country — he inversely did become a cultural ambassador of sorts, a move he politicized in both his Golden Globe and Oscars speeches, sincerely describing his people “who respect all cultures and civilizations and despise hostility and resentment.” It’s easy to describe Farhadi as a secularist whose disdain for the Iranian government is perfectly shielded — his speeches and several interview responses differentiate between his fellow citizens and the government on purpose — yet even though his beliefs creep in from time to time (and in some cases, have forced him to retract his comments), one can barely blame an artist for being forced to walk on such an unwieldy tightrope.