See Cheryl Dunye introduce a screening of her 1996 film The Watermelon Woman on Thursday, June 23 at 8:45 pm at TIFF Bell Lightbox, in a new digital restoration.

All our favourite artists seem the most selfless. They give us access to their truth and we hold it in our palms like precious metal, devour it when we feel our most nominal. We live in the spaces they carve out for us. When Cheryl Dunye went looking for space, she found it and adorned its walls with the same shards of rose-coloured glass through which she viewed the richness of her experience. The story of the Liberian-born director’s 1996 film The Watermelon Woman details the piecing together of a self-concept from within the frame and without. The contemporary restoration and archiving of films like Dunye’s permits kindred minds to take respite in these lived-in spaces for eras to come.

The Watermelon Woman tells the story of Cheryl, a 25-year-old filmmaker (played by the director herself), whom one can reasonably assume is a pseudo-fictional Dunye. Cheryl spends many of her days alongside her best friend Tamara (Valarie Walker) in Philadelphia as a video store clerk while moonlighting as an independent filmmaker. Desiring to make a film but without a subject, she stumbles upon the story of a mysterious Black actress from the race films of the 30s and 40s (the early films made by Black filmmakers with a mostly Black cast, for Black audiences), credited only as "The Watermelon Woman." Voracious interest leads Cheryl to discover the name of the (fictional) actress — Fae Richards — and her relationship with a famed director of her time, a white woman named Martha Page.

Cheryl yearns to uncover the part of Richards that exists beyond the mammy trope that enshrouded many of the Black actresses in early film. (The very fact of Richards’ identification by the racially-loaded “Watermelon Woman” epithet reflects the reality that these actresses often were not credited in a dignified manner, or even at all.) Doe-eyed curiosity brings her to the revelation of layered identities, not dissimilar from the ones she claims herself. Like Richards and the director, Cheryl is a Black and queer woman hailing from Philadelphia who grapples with issues of race, class, power and queerness as they intersect, overlap, and inform one another.

Cheryl’s grappling is best illustrated in a poignant, painfully awkward scene featuring Tamara, her Black partner Stacey, and Diana, a curiously-monied white woman who is the new object of Cheryl’s affection. As the four women converse over dinner, Tamara and Stacey relentlessly and underhandedly roast Cheryl’s love interest, mocking her awkwardly racialized description of Philadelphia as “the city of brotherly love.” They display distaste at her parading of the travel she was privileged enough to do in her youth. We see Cheryl shift uncomfortably, while it becomes evident that Diana doesn't have the Black cultural intel to pick up on many of the digs. Cheryl herself turns a critical gaze to Diana in a later scene, tiredly denouncing her as “a mess” after she proudly announces that she’s previously had three Black boyfriends, as if to prove her fluid, radical leftism.

At the heart of Dunye's film is the need to bring multiple stories into existence. Both Cheryl and Dunye the director narrativize their own lives. She does not purport to depict the Black lesbian experience — because there isn’t a singular one — but rather aims to portray her own experience as a Black woman who identifies as a lesbian. Her audience is privileged to witness and celebrate the ways of being that she brings to light. Dunye’s sincerity shines through in her performance, effectively humanizing the perspective she presents. We’re left rooting for her in all of her plurality.

Dunye's stylistic tendency towards self-reflexivity and meta-narrative is a cornerstone of what came to be known affectionately as "Dunyementary." Incorporating confessional scenes, vignettes and other filmic devices that refract the truth and blur the lines between subject and object (as well as fiction and reality), Dunye made a unique art of implicating herself in her filmmaking. It became an explicit exercise in the interrogative and the self-exploratory. 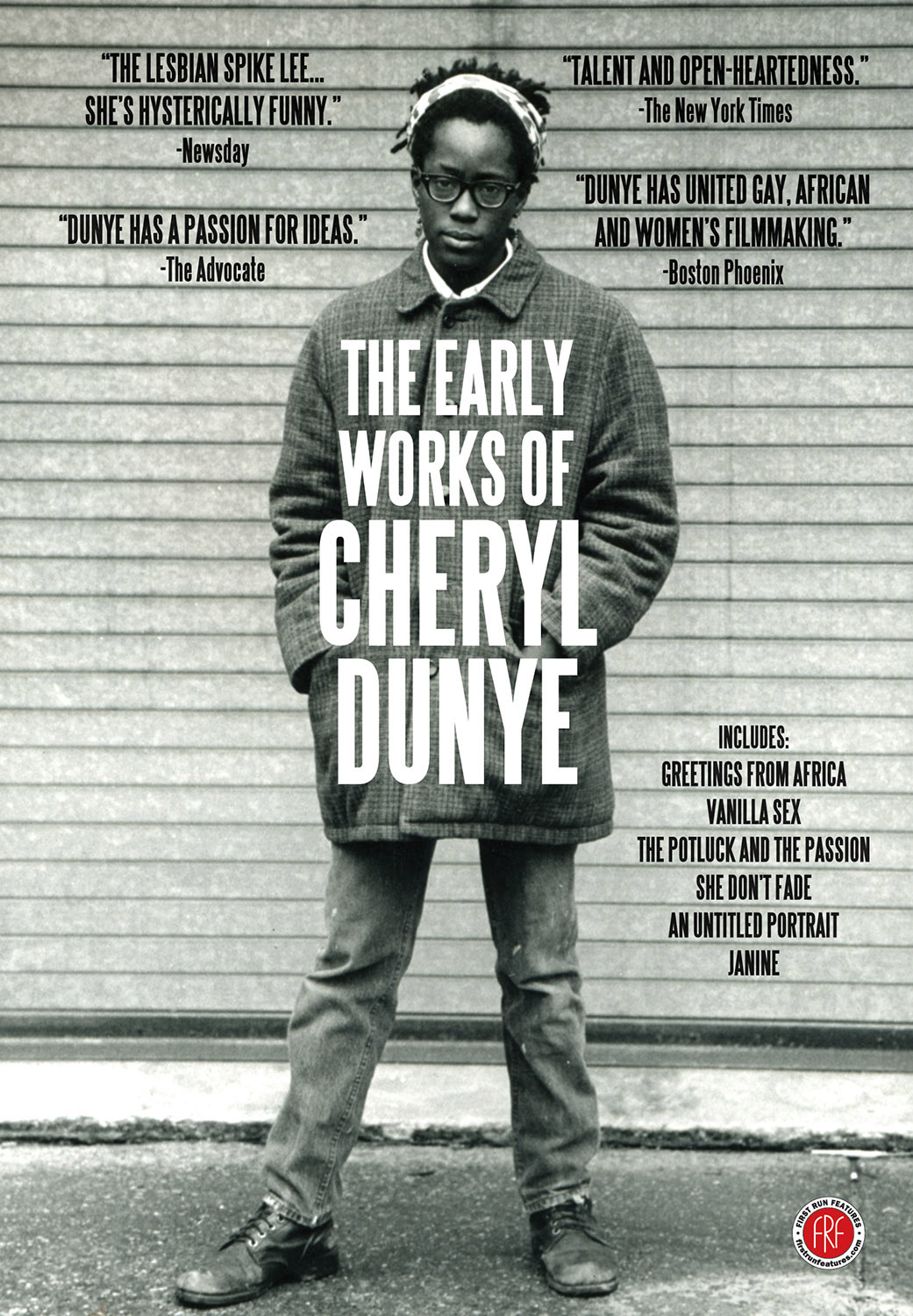 No serious claim is made to the documentary genre here. Though Dunye’s sincerity comes through in her writing and performance, the film is broadly (and, admittedly, often crudely) acted and even reveals itself to be a work of fiction at its end. In spite of this — or, perhaps, because of it — Dunye candidly lays forth the many versions of herself.

Within the confines of her tailor-made genre, our director shows us the world as she experiences it: the fast-flowing in-jokes in the evidently queer homosocial space of the video store, the endearingly awkward fumbling with which she responds to the socio-politically loaded criticism from Tamara. Even a self-parodying Camille Paglia appears, pontificating wryly on white femininity in a quietly riotous cameo.

The self-reflexive, reality-based writing that Dunye so artfully employed is becoming increasingly common in much of today’s film and television writing. Women like Issa Rae and Mindy Kaling write and produce content injected with significant details of their real, marginalized identities, featuring lead characters with cultural backgrounds and narratives heavily based on the lives of the writers themselves. Like Dunye, they play themselves onscreen.

We see a tendency for these underrepresented perspectives to be presented precisely and believably, likely by virtue of the fact that they draw directly on the writer’s own concrete experience. These writers act as trailblazers and generously offer up their dense truth for public consumption. The work is mobilized by its authenticity and sincerity in the same way as The Watermelon Woman, making for compelling viewing.

The Watermelon Woman is widely regarded as part of the New Queer Cinema, a wave of films first identified in the early 90s from filmmakers like Jennie Livingston (who directed the acclaimed documentary Paris Is Burning), Gregg Araki, Gus Van Sant and Rose Troche. In these films, queer protagonists took the lead, while critically acknowledging the existence of LGBT folks and their narratives on the fringe of heteronormative society. Identity and sexuality were taken to be forever in flux.

As in the films of Dunye’s contemporaries Isaac Julien, Jennie Livingston and others, the complications of race were also paid lip service in her films, alongside LGBT politics. Whereas miscegenation was the pertinent topic in the era of Cheryl’s dear Richards, ideas about power and whiteness in relation to blackness heavily imbue the social context of Dunye’s protagonist.

Cheryl’s friend Tamara acts the part of the contrarian, scrutinizing our lead for dating interracially and doling out criticism for pursuing the documentary project in the first place. (To this end, she sharply disparages Cheryl for her interest in what she colourfully calls "that nigger-mammy shit.") Cheryl’s burgeoning relationship with Diana is seen to threaten her claim to Black authenticity and freedom with what appears to be a rather neocolonialist purview by Tamara's judgment. Tamara’s own views on what constitutes a dignified, chains-free performance of blackness bring about a palpable tension that remains pertinent in discussions of Black respectability politics today.

Dunye flirts, as she does with her video store customers, with the notion that unearthing our own hidden histories and precedents brings us closer to discovering the truth about ourselves. A seemingly-filler vignette of Cheryl joyously dancing after discovering the birth name of the Watermelon Woman coyly suggests that she is animated by her increasingly concrete knowledge of the existence of someone seemingly like her.

Film archival and preservationist bodies also attempt to excavate entire narratives from mere pieces with their efforts. The restoration of Dunye's debut feature was undertaken, in part, by the Outfest UCLA Legacy Project for LGBT Moving Image Preservation (TIFF, notably, was also involved). Over 35,000 holdings have been amassed under this initiative since its 2005 establishment, including television programs, music videos and other moving image works alongside exhibition prints. 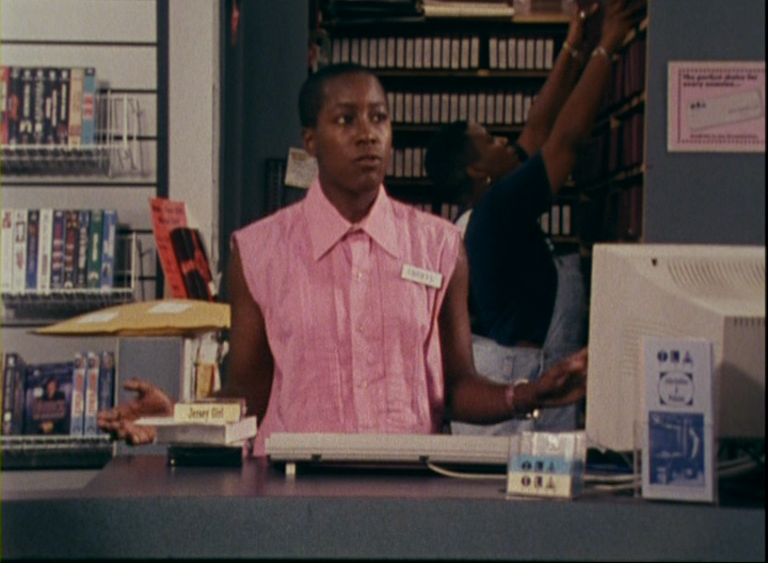 Today, the UCLA Film & Television Archive is also spearheading archival efforts for the Black student film movement now known as the L.A. Rebellion, which began in the 60s. This group of mobilized filmmakers created a rich body of work centered around Black identity and social commentary, unique from the perspectives emerging from Hollywood. Films from the movement like Haile Gerima’s Bush Mama, Charles Burnett’s Killer of Sheep and Julie Dash’s Illusions put previously hidden Black narratives at the fore. Initiatives like these serve as a reminder of how preservation and archival work dutifully lends visibility to the obscured histories and legacies of our counterculture.

We speak of histories in plural. Just as Cheryl Dunye tells her story using a layered, postmodernist approach, archiving draws from many sources and aims to create a wide-ranging reference pool of perspectives. Ones that are brilliantly variant and equally important, while respecting the utility of identity as an organizing principle. Future generations will be fortunate enough to have access to Dunye’s point of view and take stock of her experience to help make sense of their own identities and challenges if they so desire. Archival work at its best functions similarly, cataloguing precedents to ensure that they remain in our collective memory.

Dunye locates a metanarrative, but one that can exist without definitive resolution or conclusion. Her work serves to excavate hitherto hidden perspectives and hold them up to the light in an era where we know well the power of representation. As films from Black, queer, and other marginalized perspectives become more readily available for new audiences to devour, we inch ever-closer to scratching the surface of the rose-coloured glass adorning Dunye’s walls. We’re better for the blemish.