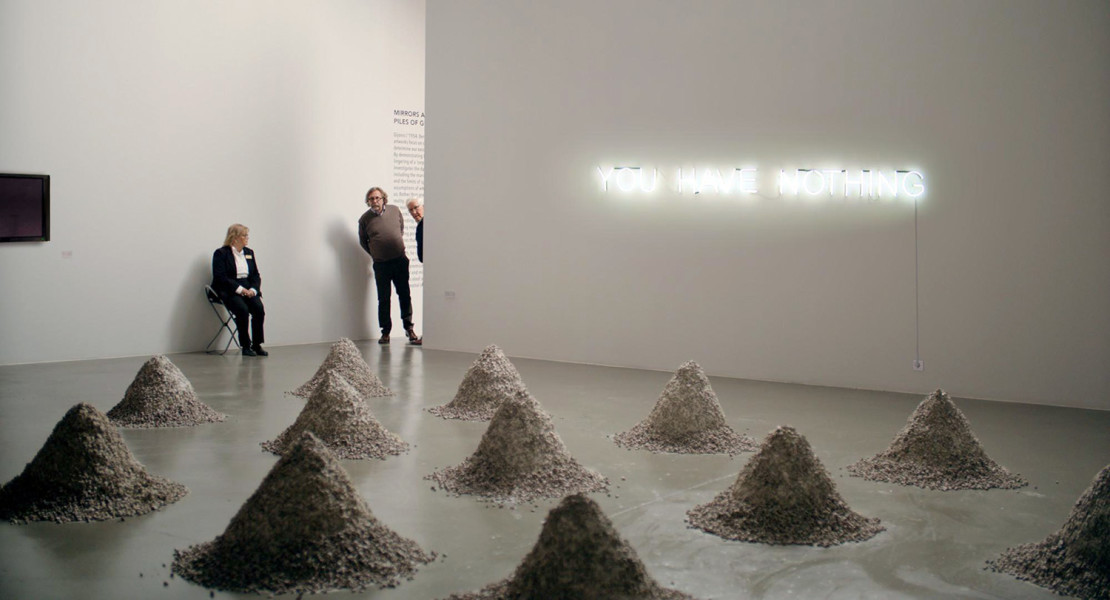 With his 2014 conversation piece Force Majeure and TIFF '17 selection The Square, Ruben Östlund has established himself as one of the pre-eminent auteurs in world cinema. In the article below (originally published on the occasion of TIFF Cinematheque’s Östlund retrospective in 2015), programmer Steve Gravestock brings you up to speed on the previous work of the sly Swedish satirist.

Ruben Östlund’s Cannes hit Force Majeure was one of the most talked-about films of 2014, and, along with Xavier Dolan’s Mommy, probably the decade’s most outrageous Oscar snub (at least so far). For those who had been paying attention to the Swedish auteur’s career over the previous decade, it probably wasn’t a huge surprise that Östlund proved to be one of the year’s breakthrough filmmakers.

Östlund began his career making short films about freestyle skiing, but quickly established himself as a director to watch with his first feature The Guitar Mongoloid, a portrait of a rootless teenaged busker that doubled as a sly, corrosive, and sometimes comic critique of contemporary Swedish society. The sensibility on display here was both mature and puckish, with a fierce satirical bent. Though fearless in his depiction of how morally oblivious we are, and enraged and appalled by our lack of empathy for one another, Östlund often seems genuinely bemused, at times even sympathetic, to his hapless subjects. 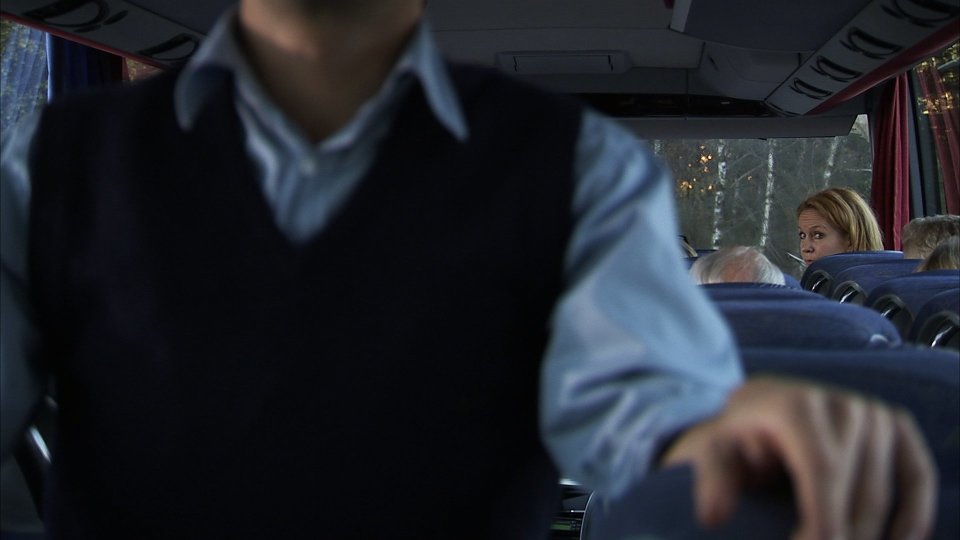 Central to Östlund’s worldview is his deep-rooted skepticism about the degree of our socialization, with a particular focus on the tenuousness of our tolerance for one another. His second feature, the far more formally adventurous Involuntary — which relates a string of unconnected tales rife with everyday bad behavior — foregrounds this concern, as well as establishing some of the key elements of Östlund’s approach. While the film’s assorted scenarios begin with moral situations which seem clear-cut or obvious, Östlund’s oblique presentation and pointedly odd compositions — e.g., the film’s second scene shows people arriving at the family matriarch’s birthday party, but all we see is their feet; for almost half of the movie we only see the back of the head of the bus driver, a pivotal character — injects the proceedings with a creeping sense of unease. This anxiousness seems more and more justified as we come to realize just how weak the characters’ (and our own) hold on civility really is: over and over again, we are confronted with people who stick rigorously to the letter of the law instead of its spirit. Daringly, Östlund clearly implicates us in his critique, largely through his presentation of his teenaged characters, whom we’re invited to sympathize with in several instances and peremptorily judge in others. 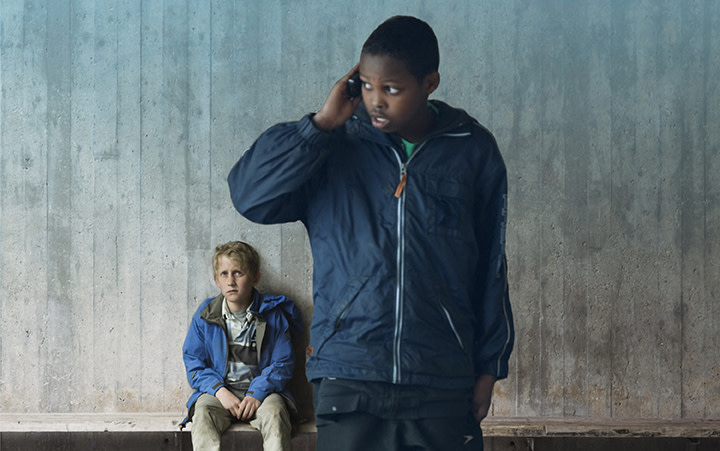 Repurposing a technique he had first used in the short film Incident by a Bank — in which every scene was shot in extreme long shot and the angles and images were subsequently manipulated — Östlund’s next feature, Play, was based on an actual incident where a group of young kids of African heritage were accused of ripping off another group of younger kids of Swedish and Asian descent. Through a variety of ruses and without any overt violence, the older kids compel their victims to hand over their belongings, subtly playing off the racially motivated fears lurking beneath their targets’ skin-deep political correctness. The distance forced on us by Östlund’s singular choice of framing is unsettling enough, but what’s far more disturbing is the way Östlund toys with our assumptions and prejudices.

Force Majeure shifts the focus from youth and race to sex and gender roles. The film’s flashpoint is a controlled avalanche which occurs while a family of four is lunching on an outdoor patio at a ski resort. As the frightening-looking cloud of snow looms uncomfortably close, the husband panics, grabs his phone, and bolts from the table, leaving his wife and children behind. The rest of the film is devoted to the fallout from this incident, as the couple attempts to deal with the meaning and repercussions of the husband’s impulsive action. Drily comic yet savagely incisive, Force Majeure elicited spirited post-screening debates about the actions of both husband and wife as well as the weight of social expectations on both. (At the Festival, Östlund joked that he’d made the film to jack up the divorce rate in Sweden, and he was heartened when he saw couples fighting in the street after he left the premiere.)

Given his astute grasp of moral complexity, his precise aesthetic, and the outwardly cool demeanour that conceals a passionate and righteous anger, it makes perfect sense that Östlund has professed his debt to legendary Swedish iconoclast Roy Andersson (Songs from the Second Floor; You, the Living), whose unique method of working, distinctive style (particularly his profusion of single-take sequences) and assaults on modern European society’s foibles have influenced many emerging Swedish filmmakers. Like Andersson’s, Östlund’s work is simultaenously comic and terrifying, driven by a sense of absurdist comedy that carries more than a whiff of brimstone. The chief difference between the two is that while Andersson’s world is suffused with a near-apocalyptic sense of dread, Östlund’s is far more studiously quotidian, with a kind of heightened naturalism that links him to such filmmakers as Austrian master Ulrich Seidl — and to one of his major influences and resources, YouTube. (Östlund spent a fair bit of time searching for the “worst man cry” online in preparation for Force Majeure’s memorable, tear-streaked confession scene.) Regardless of his precise artistic lineage, what strikes one most in Östlund’s work is the sense — all too rare in today’s cinema — that we are watching the way we live now.