The Rules of the Game: Corneliu Porumboiu on *Infinite Football*

The Rules of the Game: Corneliu Porumboiu on Infinite Football

The Romanian master discusses his new film, the tension between rules and freedom, and his lifelong devotion to the Beautiful Game 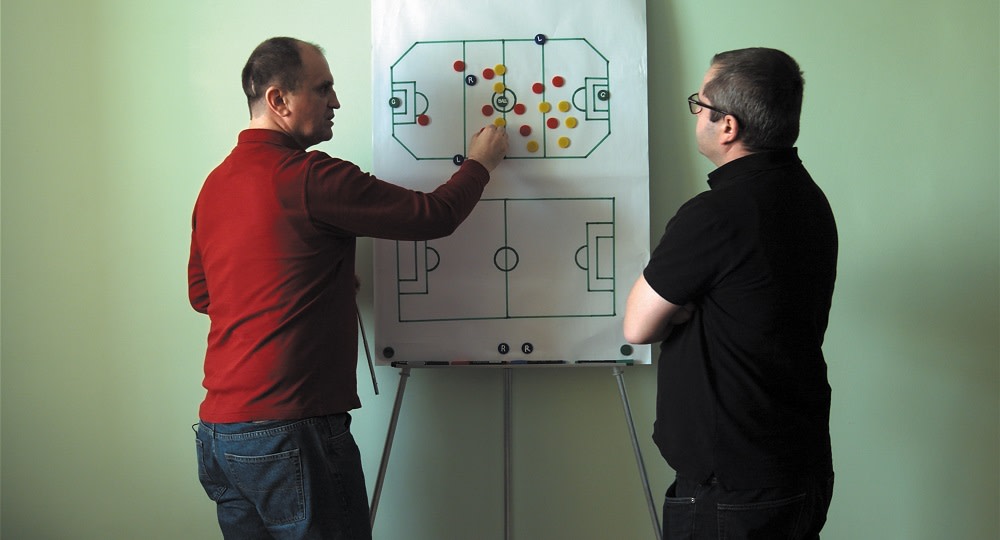 One of the central figures of the Romanian New Wave since winning the Caméra d’Or at the 2006 Cannes Film Festival for his debut feature 12:08 East of Bucharest, Corneliu Porumboiu has become at once more personal and more formalist in the films he has made since, including Police, Adjective (2009), When Evening Falls on Bucharest or Metabolism (2013), and The Second Game (2014), the latter a non-fiction essay/joint audio commentary on an historic soccer match that he conducts with his father, a retired referee. In his latest film, Infinite Football, Porumboiu returns to the subject of soccer and to his hometown of Vaslui to interview Laurentiu Ginghină, the brother of a childhood friend, who has a quixotic dream of radically rewriting the rules of the game. Appearing in the film himself, Porumboiu engages in a series of deadpan conversations with Ginghină that yield both absurdist humour and strangely profound existential reflections.

In advance of our screening of Infinite Football as part of this season’s edition of MDFF Selects, we spoke with Porumboiu via email.

Can you talk about the origin of the film?

Florin, a very good friend of my childhood, told me that his brother Laurentiu had been working for a long time on a new sport idea derived from football. The next day I called Laurentiu, and he told me the story of his sport. I was very attracted to the story of the relationship between history, Laurentiu’s destiny, and the sport he invented. So I decided to make a film about it.

The second time Laurentiu breaks his leg sounds much more traumatic than when he broke it playing football. It’s fascinating that he is driven to want to change the rules of football, and not workplace safety. Why do you think he always gravitates back to football? 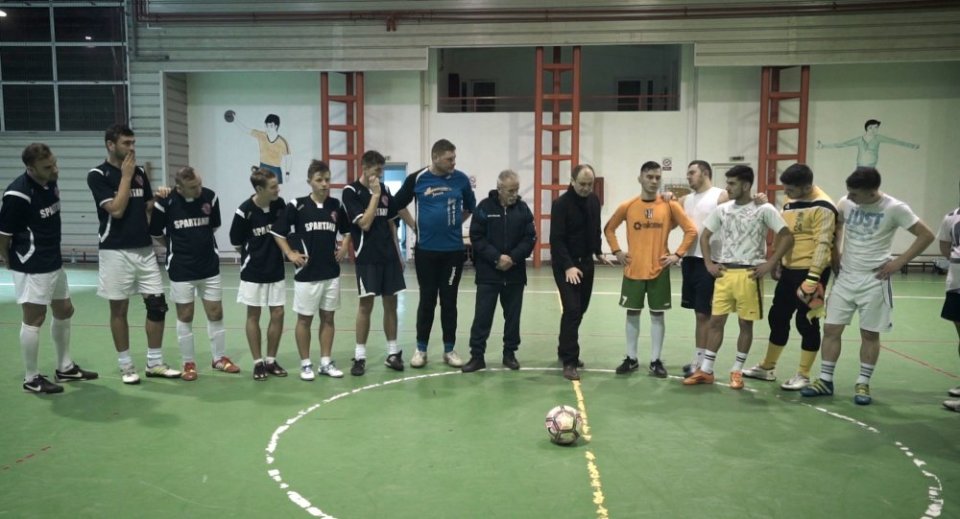 Your previous film The Treasure [2015] began as a documentary and then became a fictional film. Did you ever have the desire to fictionalize this material?

I didn’t think I could ever fictionalize this particular subject. I like football very much. I’ve played professional football in childhood and adolescence. I used to train every day and play official matches weekly, so I can say that football is part of my education. Perhaps that’s why I envision football topics as documentaries. I have in mind another football film idea that I hope to do at some point.

The film feels spontaneous, like a sketch with many moving parts, yet there are so many incredible moments. The woman disputing the land claim [at Laurentiu’s office] feels stranger than fiction. How was the process on this film different from your other work? Did you film at his office for an extended period, or did that just happen by chance?

I shot six days in the beginning, and then I started to edit the film. That’s how I decided to shoot another two days. Before shooting I avoided talking to Laurentiu in detail about [his new] rules; [instead], we discussed a lot about the history of his sport. I drafted a structure deciding to discuss certain subjects in each shooting location. In Laurentiu’s office, I shot half of a regular workday, about four or five hours. As Laurentiu works in public relations, I expected a busy day, with people asking [him] to solve various administrative issues.

There's always the temptation to look for metaphors and allegories in your work. You have referenced Chekhov in the past. Is football your “cherry orchard”?

I haven’t thought about it till now, you may be right. 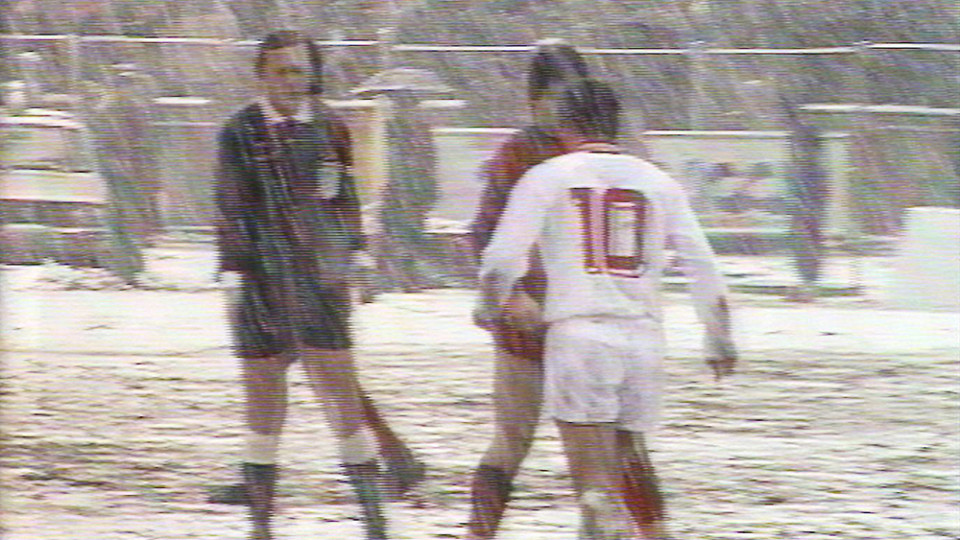 Not only are you in the film, but your wedding photos are as well. Your work seems to be becoming increasingly personal. Was it important conceptually to include yourself as the director in the film, or was this more of a practical measure?

From the beginning, I saw the film as a sort of dialogue. I insisted on shooting in Laurentiu’s parents’ house because I used to go there very often when I was a child. Laurentiu’s mother was a very good friend of my mother. I hadn’t been there for more than 20 years. The scene with the photo was unexpected.

I think my obsession is the relationship between rules and freedom, not the rules by themselves. Even when I started documenting the subject of the film, Laurentiu’s approach seemed to me an artistic one, rather than an attempt to change the sport itself. I’m not interested in reinventing the rules of cinema, but when I have a subject in mind I try to give myself the freedom to find a way of expression as close as possible to that subject.