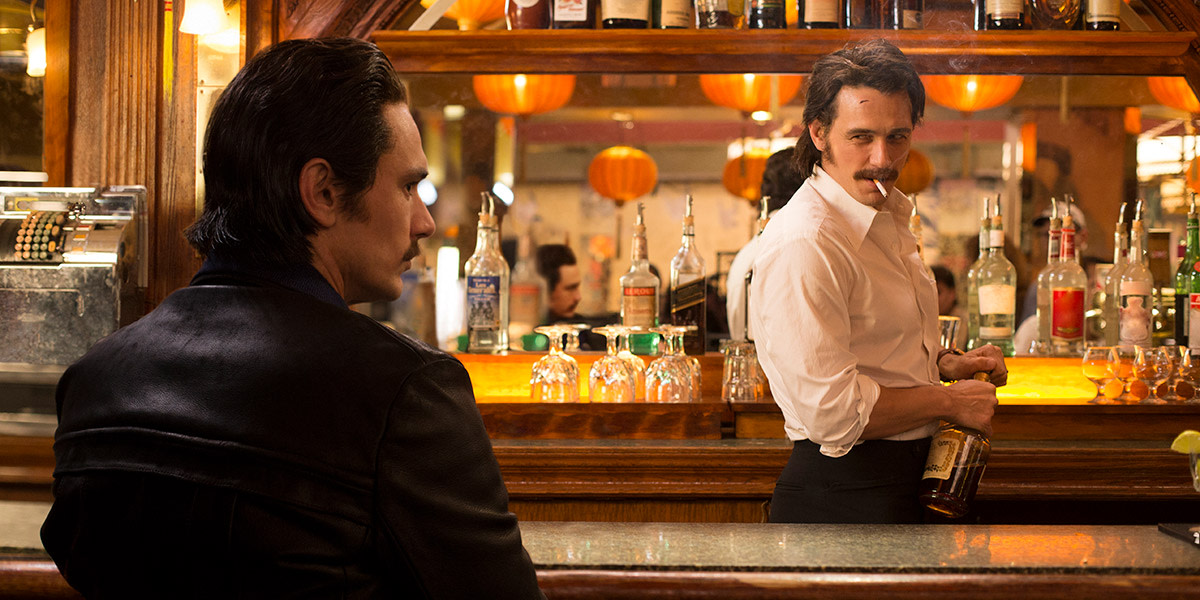 The Rise of Cinematic TV

TV… at TIFF? Three years ago, the premiere of TIFF’s Primetime programme was a controversial new offering, as it wasn’t clear how television would appeal to an audience of cineastes. But after fare such as the third season of Transparent, season three of Black Mirror, and Toronto’s own Nirvanna The Band The Show made their premieres last year in Toronto, it was clear that TIFF had room for all forms of cinematic entertainment. We spoke to Primetime programmer Michael Lerman about TIFF ’17’s offerings, which include David Simon (The Wire, Treme) and George Pelecanos’ hotly-anticipated series The Deuce; season two of Amy Seimetz and Lodge Kerrigan’s The Girlfriend Experience (executive produced by Steven Soderbergh); the international Brazilian hospital drama Under Pressure (by TIFF alumnus Andrucha Waddington and writer Jorge Furtado); and the new German Netflix thriller Dark by showrunners Baran bo Odar and Jantje Friese. All screenings this year will include an extended Q&A with the creators, with cast expected to be attendance.

__When the Primetime programme was first established, people didn't understand how TV would fit into TIFF. Now, as many alumni of the Festival are transitioning into television, it feels like a no-brainer. How do you think creating this showcase fits into the context of a film festival? __

I think you hit the nail on the head. I can't take responsibility for creating the section, but I will say that a lot of the conversations we had early on were exactly about that. A lot of the artists we're working with are now moving into television. Previously, we had shown films like Agnieskzha Holland’s [HBO series] Burning Bush in its entirety. If I'm talking to someone on the phone, I don't call it TV — I call it "episodic content.” This is a thing that's as old as cinema. Previously, you'd go to the cinema and see a newsreel, then a serial, and then a feature. Television is just another piece of cinematic art we get to showcase. 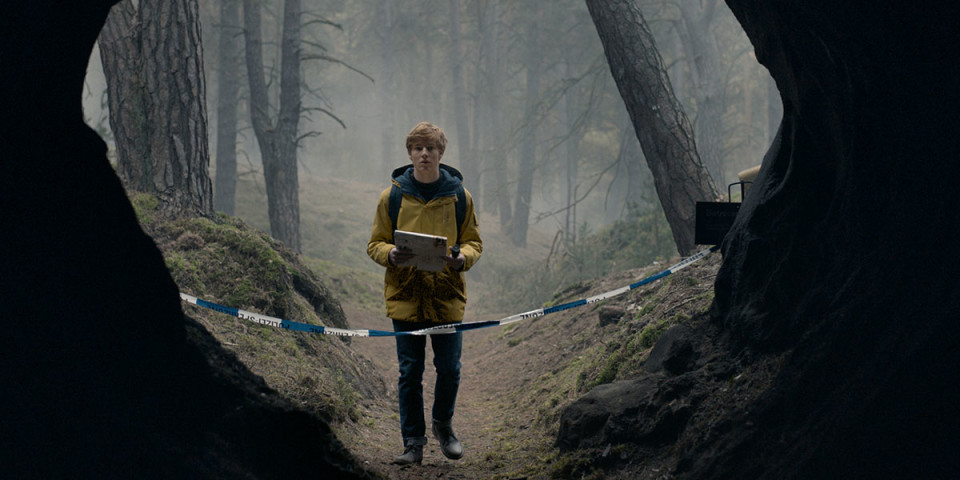 __Television, both in format and in what stories we're telling, is becoming more cinematic, but we're watching it in less cinematic ways: on our phones, on our computers... How does the experience of watching a TV series at TIFF mitigate that? __

To be fair, home theatres have become more of a thing, and televisions get bigger every day. Part of the Primetime experience is about the bigger screen size and the sound, but the other half is the audience — watching something communally, laughing at the same times, or feeding off each other's energy, with an extended Q&A. It’s the same for the creators and for the audience: what does it feel like when people get together and experience something at the same time?

For someone new to the idea of watching a few TV episodes at a film festival, what should they be prepared for?

Just go in with an open mind. People say, "Why do I want to watch part of something?" You watch part of something every time you sit down and watch TV. Even if you binge an entire series in one sitting, you won't have the interaction you’ll have with the creators at TIFF. This year, every Primetime screening will have an extended Q&A, and it's gonna be really special. Now you can talk back to the people who created the show.

__Last year, you offered the third season of Transparent and the third season of Black Mirror. This year, only one of the programmes (The Girlfriend Experience) is a second season; the rest are brand new series. How did you boil Primetime down to these final four TV shows? __

We looked at upwards of 100 television programmes. So while only one of the shows is a second season, I would say all of them are made by significant talent… I was looking at a regional spread, work that exemplified different things that were happening in television. Even with Under Pressure, I saw several hospital shows in the process of programming, but this show discusses socio-economic issues and is a version of a hospital show you haven't seen before. The two people who made it are such prominent figures in the Brazilian film and television scene: Jorge Furtado is a massive writer in Brazil, and Andrucha Waddington is a TIFF alum who has brought us great films. It’s a flagship in their own right. 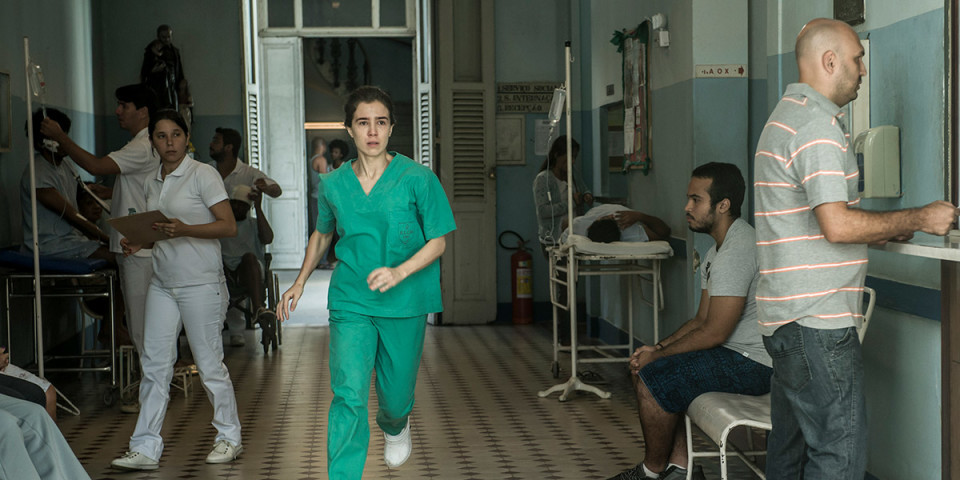 The Brazilian hospital drama Under Pressure (2017).

What about David Simon and George Pelecanos’ new show, The Deuce?

For anybody who follows David Simon and George Pelecanos' work, it is a flagship program. The Deuce is an all-American story about the legalization, about the moment where sex work became a mass-market commodity through legal pornography. In a way, it’s about the advent of technology and the way media gets consumed. Through the heavily-researched sense of history and the way the story is told, there is an inherent connection to what was happening in The Wire and Treme, so the fact that we'll have [Simon and Pelecanos] at TIFF to do an in-depth discussion is a big deal.

The fact that this show is about sex work also parallels The Girlfriend Experience.

Both shows deal with sex work on a very personal level with well-drawn characters. But a lot of the focus in season two of The Girlfriend Experience is about characterization with interesting psychological effects. It also has some built-in political elements, but the real heart of the story is the character studies.

It's a great German thriller from Netflix and their first German production. The two showrunners are up-and-coming, and we've had them play at TIFF before. Dark exists in the context of everything else Netflix is doing. There’s an interesting parallel to Stranger Things, and yet it's got its own life. I think it's gonna be a major thing. 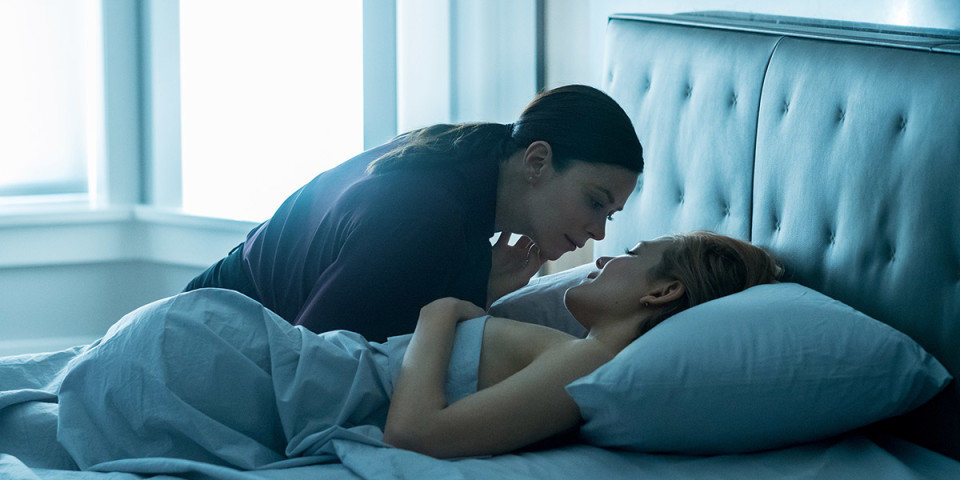 The Girlfriend Experience, now in its second season.

What about the TV program playing in the Canadian section, the CBC miniseries Alias Grace?

It's a great meeting of the minds, and at the heart of it are four incredible women in the Canadian arts: Margaret Atwood, Mary Harron, Sarah Polley, and Sarah Gadon. There's a piece of all of them in the show, in a way you don't necessarily see in other work. Having this be a historical story for Canada is really interesting. It's a story about Canada's past, told through some of the most important artists in the country.

As a television fan, do you ever get nervous to interview someone like David Simon?

I get nervous with everything I do. I was nervous before we did this interview! In our first year, I did an In Conversation With... Matthew Weiner where we discussed the Mad Men episode "The Wheel." We have an incredible team here who gave me great help with the research and background of Weiner’s career. Cameron [Bailey] also gave me some great advice. I felt like I was shaking going into it, but coming out, I realized: "Oh, that was really fun." 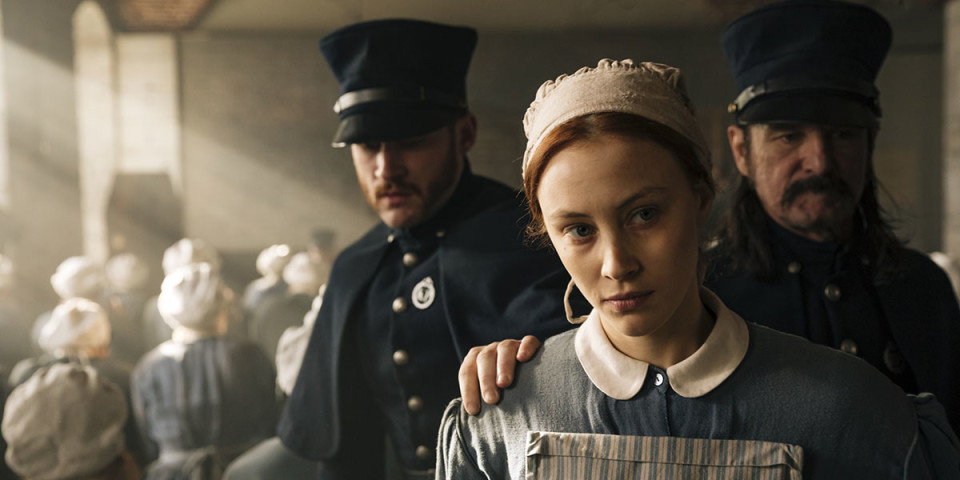 What was Cameron’s advice?

It was to “have a conversation." You'll prepare, but when you go out there, just talk. The best part about this job is that you get to be a fan. The ability to be able to ask questions in a formalized context is really fun, especially when you act as a conduit to the audience. I like finding things that I like and sharing them with people — that's why I'm here.

Finally, what's your favourite season of The Wire?