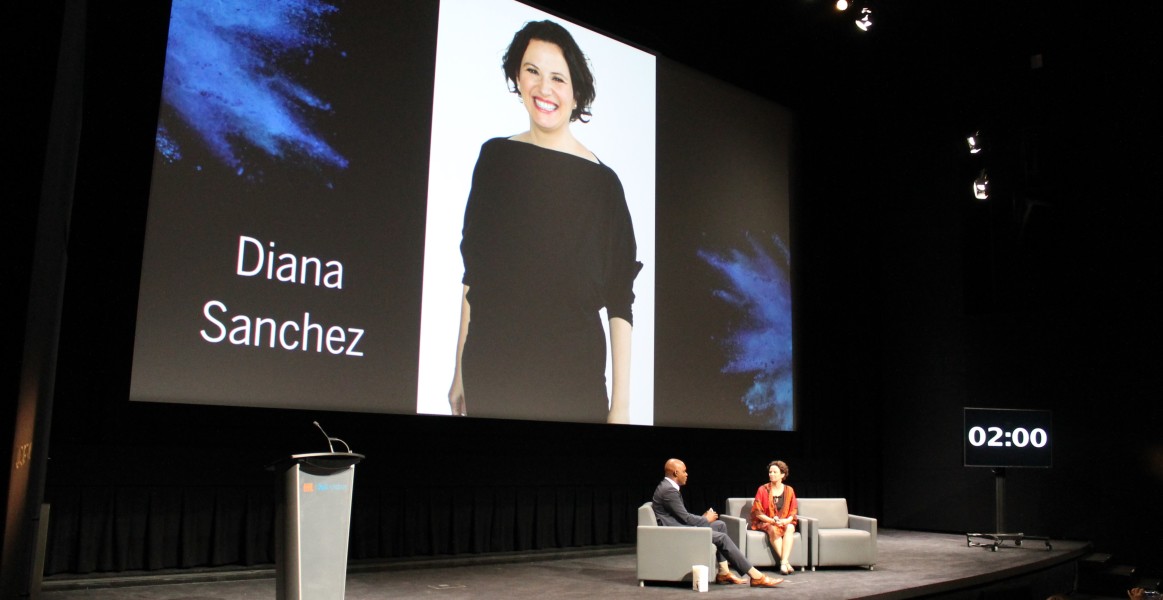 We asked incoming Senior Director of Film Diana Sanchez if she could give supporters an exclusive interview about cinema and what she wants to bring to year-round programming at TIFF.

TIFF Loyalty: Your new role as Senior Director of Film will have you working with TIFF Cinematheque, Film Circuit, Theatrical, and the Festival. What are you most excited to learn about?

Diana Sanchez: I'm excited to learn how our year-round programming integrates with the Festival programming and then, further, how this programming is taken out of the Lightbox to communities around Canada through Film Circuit. We have an incredibly strong programming team across departments, and I'm looking forward to working with them.

As part of our summer programming, TIFF Cinematheque will be playing retrospectives on the work of Jean Renoir, Alain Resnais, Lynne Ramsay, Buster Keaton, Jean-Luc Godard, Jacques Becker, Jeanne Moreau, and David Lynch. If you had to pick just one, whose films would you watch?

Definitely Buster Keaton. I’m planning on bringing my kids to those films — it’s something everyone in the family can enjoy.

Where’s your favourite spot to sit in the theatre?

A few rows above the middle of the theatre, and a few seats in.

In what way(s) do you think film has the power to transform the world?

Film can change the way we look at the world, help us empathize, and open our minds to other ways of doing things, while also showing how similar we are to other people around the world. I’ve witnessed films being catalysts for change — literally having a hand in changing laws — and that is pretty powerful stuff.

What is your earliest film memory?

Star Wars definitely had a profound impact on my hairstyle (Princess Leia buns). I also remember being pretty terrified of Dead Ringers. That film freaked me out for quite a long time.

Are there any big film titles you are excited about seeing at the Lightbox in the next few months?

Yes — definitely Long Day’s Journey Into Night and Rafiki, and I’m looking forward to the archival print of Jules et Jim. It’s great to be able to see films you know and love on the big screen again.

As a woman in the film industry, what does Share Her Journey mean to you?

Share Her Journey means that more women will get to tell their stories. And there is a community of people making this happen and creating awareness on why it’s important to have more voices represented on and off the screen.

These initiatives are important because they will help shape the future of cinema and contribute to ensuring a wider diversity of content. Seeing oneself represented on the screen is empowering, and the more voices we have, the more people we can empower.

And, of course, the quintessential TIFF Staff question: what is your absolute favourite film of all time?

I’ll have to give the quintessential answer here, as I love a lot of films, and it’s very hard to narrow down. I also think in terms of filmmakers, so I love films by Lucrecia Martel, Maurice Pialat, Hou Hsiao-Hsien, Xavier Dolan... Maybe if I had to choose a favourite filmmaker, I’d go with Buñuel.