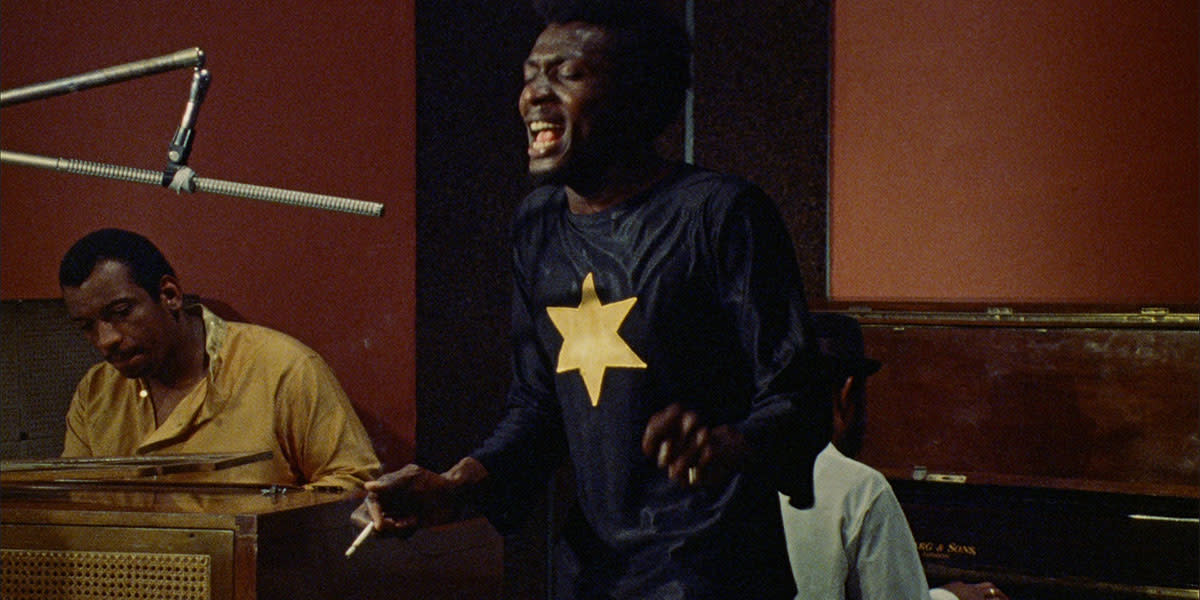 The Music of Black Star

Listen to four Spotify playlists, guest curated by the series’ programmer and speakers

In the upcoming weeks, TIFF’s Black Star series will have plenty of musical intersections, as performers-turned-actors Lena Horne, Will Smith, Queen Latifah, Diana Ross, and Jimmy Cliff appear in their respective screenings of Stormy Weather, Six Degrees of Separation, Set It Off, Lady Sings the Blues (with Ross as Billie Holiday), and The Harder They Come. On December 15, director Clement Virgo will also introduce his debut feature, Rude, in which three intersecting stories of Black Torontonians are underpinned by evocative commentary from a mysterious underground radio DJ.

To celebrate the music of Black Star, TIFF turned to four guest curators who created customized playlists (via Spotify) which embody the series’ commitment to 100 years of Black excellence on screen. From Sam Cooke’s “A Change Is Gonna Come” to Lil’ Kim’s “Big Momma Thang,” these eclectic tracks run the gamut between all expressions of individuality, beauty, and greatness. Take a listen now.

The vibe: "I wanted to include some music directly inspired by the films (in order of their appearance in the series), plus a few ringers, just because I like them. You will forgive me, I’m sure, for fully omitting the Annie soundtrack."

Ashley Clark is the senior programmer of cinema at BAM in Brooklyn. He has curated Black Star programs at London's BFI Southbank and MoMA, and is a regular contributor to publications such as Film Comment, Sight & Sound, and The Guardian. Clark’s first book is Facing Blackness: Media and Minstrelsy in Spike Lee’s Bamboozled (15).

The vibe: "My focus was to reference the Black Star films, as well as Black excellence in general."

Cadence Weapon is the performing name of Edmonton-born rapper, producer, and writer Rollie Pemberton. His albums Breaking Kayfabe and Hope in Dirt City were both shortlisted for the Polaris Music Prize. From 2009 to 2011, Pemberton was the Poet Laureate of Edmonton, making him the literary ambassador of his hometown. Currently based in Toronto, Pemberton recently acted as the narrator for the VICELAND TV series PAYDAY. His new self-titled album will be released by eOne Music Canada on January 19, 2018. You can follow him on Spotify here.

The vibe: "A selection of 21st-century new Black Stars, spanning a spectrum of styles, who are united in their ability to take you somewhere playful, poignant, or occasionally: both."

Jordan Sowunmi is a Toronto-based writer, DJ, comedian, and co-founder of the Boosie Fade Film Club. He has written for publications like The FADER, VICE, Complex, and Title Magazine. As a comedian, he has opened for comics Eric André and Jen Kirkman, among others. He holds a bachelor's degree from Western University in English and Political Science. Jordan Sowunmi will introduce Six Degrees of Separation at TIFF Bell Lightbox on December 7.

Sarah-Tai Black is a film programmer, arts worker, and writer living and working in Toronto. She currently programs Black Gold, a monthly series at The Royal Cinema that aims to highlight the best and most vibrant of Black cinema and Black screen icons. Her writing and words have appeared in The Toronto Film Critics Association, Broken Pencil, Buddies in Bad Times, and alongside projects by several fantastic artists. She is committed to intersectional feminist practices within the arts, and her work focuses heavily on the representation and experiences of Black, queer, and body-positive communities. Sarah-Tai Black will introduce Set It Off on December 17 at TIFF Bell Lightbox.