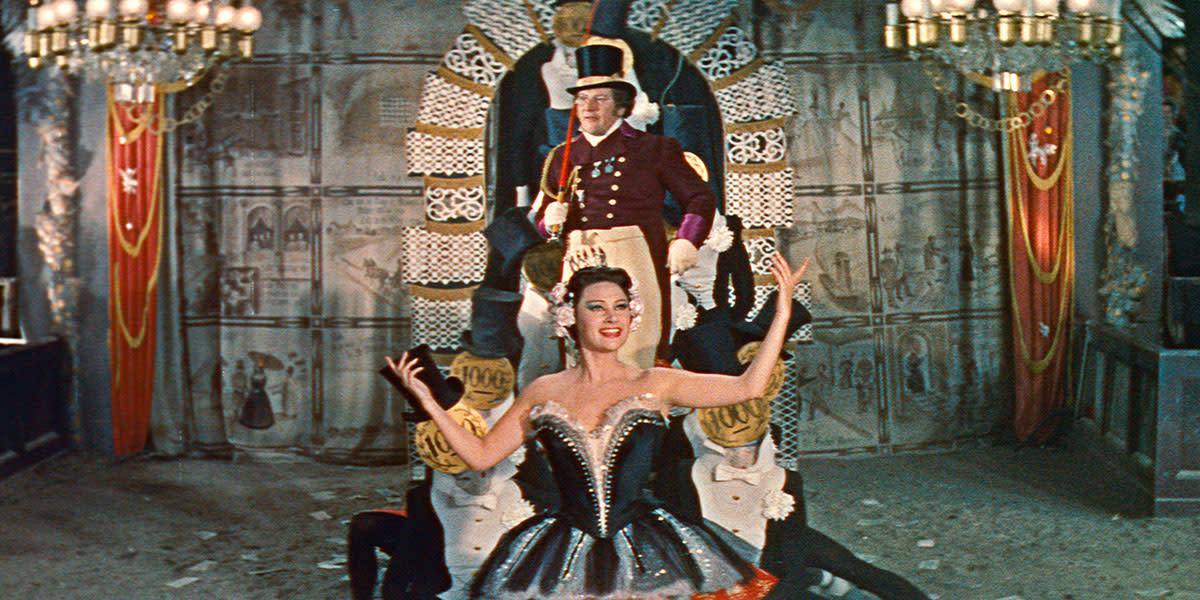 The Gilded Cages of Max Ophüls

That Jean-Luc Godard, in his latest (and perhaps last) work The Image Book, invokes Max Ophüls’ Le Plaisir more than once (including a final, long clip of the film’s fatal can-can) suggests the enduring influence of the German master. The overworked word “sublime” might have been invented to describe the films of Ophüls, who, during his initial tenure as a theatre critic, called one of his magazine essays “The Pleasure of Seeing” — a title that summons the visual delight his cinema was designed to supply.

The sheer opulence of Ophüls’ cinema, his fondness of ornate narratives, baroque camera movement, and elaborate mise en scène, initially diminished his reputation, as puritanism dictates that profundity and artifice are mutually exclusive. Condescended to as a confectionist, his swirling Viennese style treated as Sacher mit schlag (even when the torte was tartened by mordant irony), Ophüls was generally seen as a master of the insubstantial. Such was not the case, however, for the young critics of Cahiers du Cinéma, who championed Ophüls’ work and asserted his moral gravity and formal mastery. He was, for François Truffaut, the paragon of the auteur: an artist who maintained an exemplary moral and aesthetic independence, and imposed his personal “signature” on films made in often inimical conditions in various countries and systems of production.

The stylistic and thematic consistency of Ophüls’ work is all the more miraculous given that his career was so peripatetic and erratic: his pre-war films made in four European countries in four languages, followed by a flight to Hollywood, where he produced some of his finest work in an often adverse atmosphere, and then his return to France, where he established his claim to greatness with a quartet of films that culminated with the “debacle” of his final film Lola Montès, which managed the rare feat of being simultaneously a film maudit and cause célèbre. (His name altered too as he moved from country to country, continent to continent: from Oppenheimer to Ophüls to Opuls, the latter a Hollywood gambit. These changes were largely an index of anti-Semitism: his excision of the umlaut carried both personal and political import, as the French critic Claude Beylie controversially claimed.) 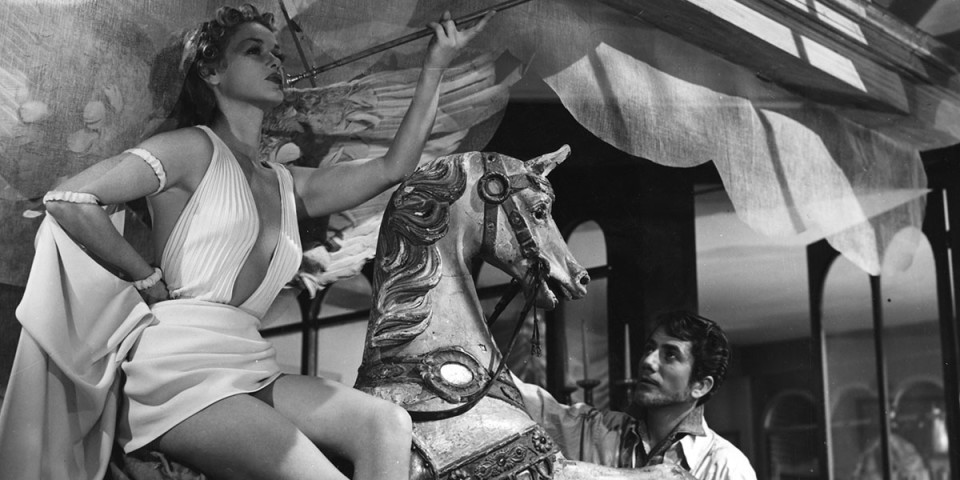 As Godard recognized, Ophüls’ style was not decorative, but ethical: objecting to the exhibitionism of Stanley Kubrick’s The Killing, the “irritating movements of the camera resembling those beloved of the director of Le Plaisir,” Godard proclaimed that “what in Ophüls corresponds to a certain vision of the world, in Kubrick is mere showing off.” One wonders, incidentally, if Kubrick was drawn to Arthur Schnitzler’s Traumnovelle as the source for his last film Eyes Wide Shut out of his admiration for Ophüls, who — ever enamoured of the world of fin-de-siècle Vienna — used the Austrian writer’s work as the basis for both La Ronde and Liebelei.

The “certain vision of the world” Godard referred to was profound, elegiac, despite Ophüls’ stylistic luxe and cynical wit. Ophüls’ governing theme is the tragedy of temporality: everything, love especially, must die; there is no escape from this “trap of time,” an inevitability accentuated by the director’s sumptuous, sometimes suffocating decor. Beneath gilt, glitter and gaiety, Ophüls saw inconstancy, self-delusion, and mortality. The furor and confusion that attended the release of his final film, Lola Montès (the vicious attacks hastened Ophüls’ premature death), can be explained as a reaction against this (exquisite) pessimism as much as a primitive response to the film’s strangeness. 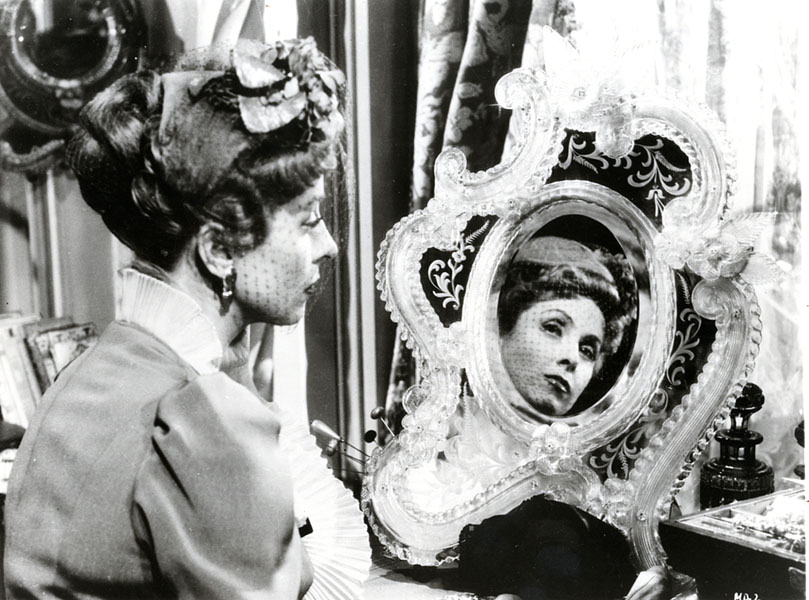 Danielle Darrieux in The Earrings of Madame de…

Ophüls’ persistent themes of transience, entrapment, and destiny are embodied variously in the circularity of his narratives, their interlocking flashbacks and patterns of exchange; visual motifs of and references to watches, clocks, and circles; an ornate, mirrored mise en scène of glass and glitter that reflects the vanity and illusions of his characters; long, mobile takes (one of the reasons that Ophüls was often bracketed with Kenji Mizoguchi), and an emphasis on ceaseless motion. This motion, manifested in Ophüls’ whirligig camera movements and narrative arabesques, underscores the essential immobility of his characters. “For me, life is movement,” says Lola Montès, but, fixed in the gaze of her audiences, trapped in a series of coaches and cages, she has become a frozen fetish — one already dead, an ambulatory corpse. (Similarly, William Guérin has written that in the final images of Caught, the heroine becomes a “prisoner of the frame, literally crushed by the angle of the shot ... [she] seems to be definitively sworn to immobility, thus to death.”)

As with Mizoguchi, Ophüls’ recurring depiction of women ravaged by love, trapped, entombed, or destroyed by a patriarchal order has made him a primary subject for feminist film criticism. Like his Japanese counterpart, he has been both praised as a rare case of a male director identifying with women’s plight, and criticized for what some see as a deterministic vision of female victimization — perhaps not as “pathological” as some have found Mizoguchi’s, but nevertheless reactionary. As Susan M. White notes in her fine study of Ophüls’ cinema, “To a certain extent, Ophüls’ melodramatic depictions of that most wounded and degraded of all traditional feminine ‘types’ [—] the fallen woman [—] reiterate the efforts of the 19th-century philanthropists who endeavoured, according to Nina Auerbach, to ‘demythicize the fallen woman by making her victim rather than agent’ of her fall.”

However, White goes on to reject this notion as simplistic, suggesting that in Ophüls “even as victim, the woman is a creative force of impressive magnitude.” One need only think of the eponymous country mouse turned cabaret chanteuse in Divine, who manages to elude the respective grasps of a drug-dealing snake charmer, a lesbian who pursues her, and various members of the lascivious nightclub audience, to finally find happiness with a milkman. 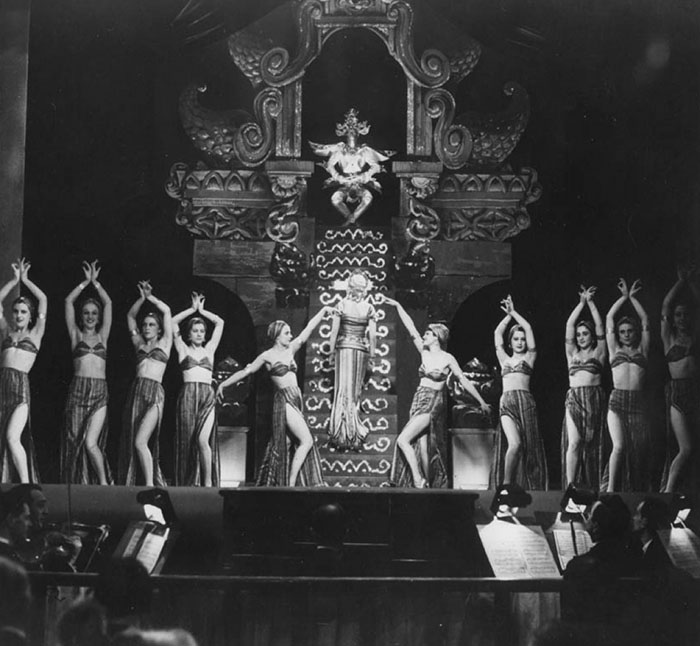 The combination of authorial detachment and compassion, of irony and empathy, in Ophüls’ films recalls Mizoguchi’s “objective” style, with its multiple viewpoints and inscription of an observer in crucial scenes to purify pathos. Ophüls similarly deepens and complicates our emotional response with devices designed not to “alienate” in the Brechtian sense, but to hold us at a ruminative distance, asking us to contemplate the fates and foibles of his characters with a disinterest free of disdain. His highly wrought visual style is but one element in this deliberate distancing. The narrators and “masters of ceremonies” who recount many of Ophüls’ tales — from Comedy of Money and Tender Enemy through Le Plaisir, La Ronde, and Lola Montès — function not only to organize and interpret his stories, but also to emphasize the strategies of his art. (These figures, always male, often imperious, can also be construed as stand-ins for Ophüls, which perhaps pushes some of his films in the direction of autocritique.) And, as so many critics have observed, Ophüls increasingly fragmented his stories and images as his career progressed, building gilded labyrinths of (faulty) memory and (fleeting) desire out of circuitous flashbacks, stories within stories, and elaborately linked literary vignettes. 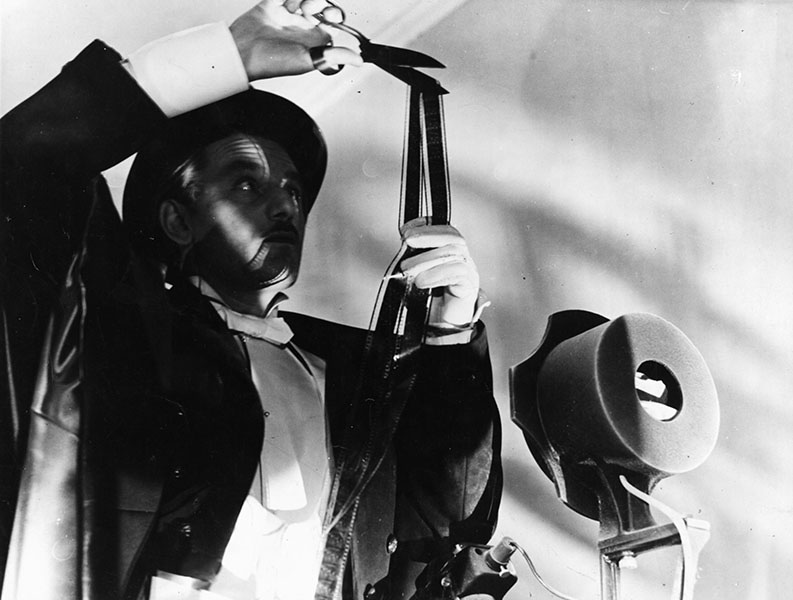 Anton Walbrook as the “Master of Ceremonies” in La Ronde

The apotheosis of Ophüls came after his death in 1957, and though his importance has since been rarely challenged, the appraisal of his individual films has fluctuated with fashion. The most obvious example is Lola Montès, cinema’s Le Sacre du printemps: riotously derided at its debut, quickly canonized by the auteurists as Ophüls’ supreme achievement, and recently disputed as his last great masterpiece by some who view its “awkwardness” more as flaw than as foreshadowing of postmodernism. The quartet of late-period French films — The Earrings of Madame de..., Le Plaisir, La Ronde, and Lola — still reigns sovereign as the high point of the Ophüls canon, but they are in threat of being superseded by the once cultish Letter from an Unknown Woman and even by the twin 1949 noirs The Reckless Moment and Caught, whose reputations have benefited from feminist and genre studies and from their striking kinship with contemporaneous films by Douglas Sirk and Orson Welles. (Ophüls shares with such Hollywood émigrés as Sirk, Lang, and Wilder a dark vision of bourgeois life, and a provident insight into the lies of “the American dream.”) 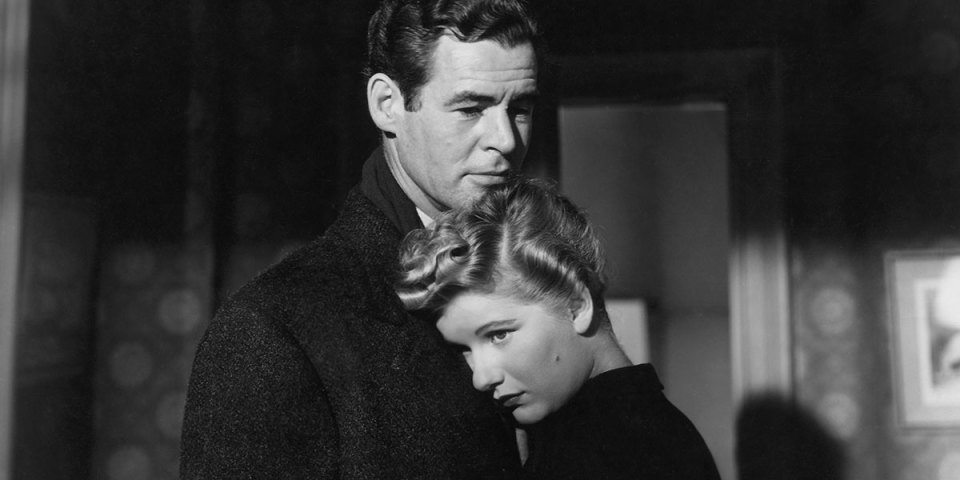 The revivals of Liebelei, the work that first established Ophüls’ reputation, and of two films he made after fleeing Nazi Germany, La Signora di Tutti and Comedy of Money, once treated as oddities and one-offs, have also burnished the reputations of these rarities. (The British critic and filmmaker Peter Wollen ranks Signora among the greatest films ever made — not as delirious an opinion as it might sound.) 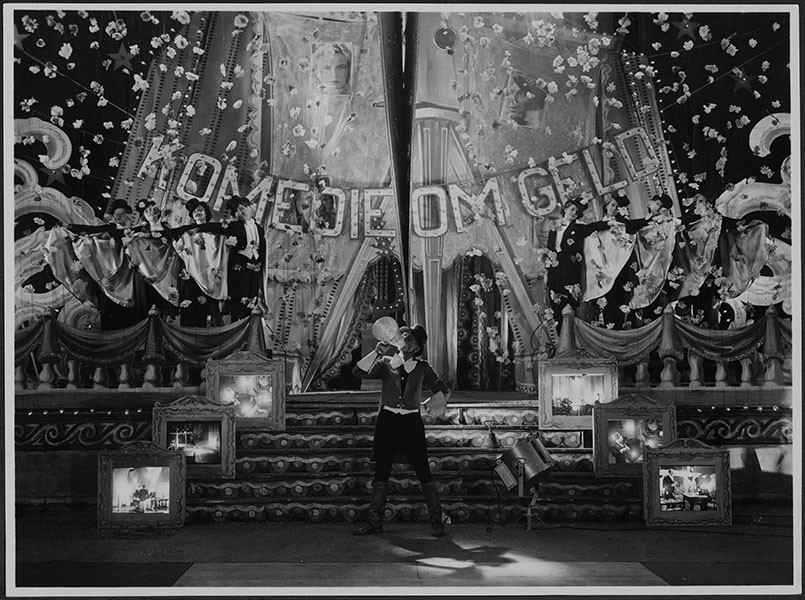 The fact that such a range of works from such disparate periods in Ophüls’career can be convincingly touted as his greatest attests to the unity and the continuity of his vision. Ophüls’ late films have been described as achieving “a perfect balance between the classic and the Baroque to deliver his vision of the human condition as both deeply tragic and terribly superficial” — to which Charles Boyer, the epitome of the director’s suave cynicism in The Earrings of Madame de..., might rightly rejoin: “Not terribly, but only superficially superficial.”

Letter from an Unknown Woman

The Earrings of Madame de...

From Mayerling to Sarajevo

The Novel of Werther