The Five Most Influential Films of the 1990s Teen Horror Cycle 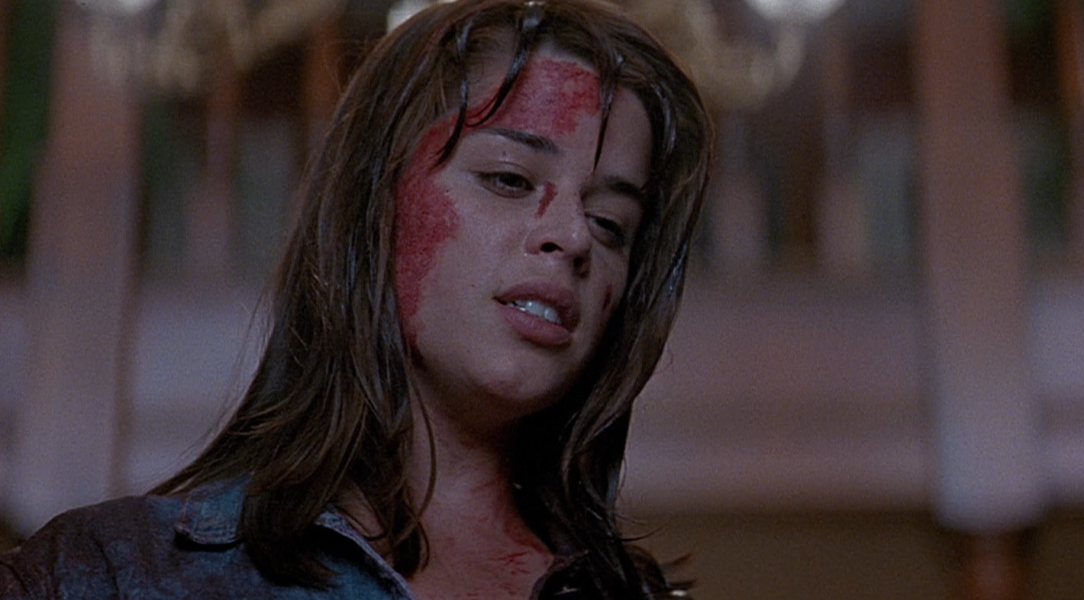 In the hallowed decade of the ’90s, as the success of films like Clueless, Empire Records, Romeo + Juliet and She’s All That revealed the existence of a young audience hungry for teen-centred cinema, an offshoot of this generational phenomenon was also gaining ground: the teen horror movie. While teenagers had been the primary audience (and primary onscreen prey) for the previous decade’s movie boogeymen, the teen audiences of the ’90s were so over the standard-issue horror-movie tropes, even as they were not yet ready to give up on the genre as a whole.

As the Nightmares, Fridays and Halloweens struggled to maintain their grip on the market through increasingly outlandish gimmicks — whether endowing Freddy Krueger with a Nintendo Power Glove™, sending Jason Voorhees to Hell, or filling Michael Myers with goo and having him beaten senseless by Paul Rudd — a new cycle of self-aware and self-referential teen horror films tapped into an emerging youth audience that had grown up with a video-store membership and easy access to the local multiplex. In addition to their snarkily meta attitude towards genre conventions, these films also introduced another significant shift: by casting popular young actors, singers and/or models as the protagonists, they aligned their young audiences with the heroes (and potential victims) rather than encouraging them to cheer on the bloody doings of the villains, as was largely the case in the ’80s. Further, concurrent with the rise of Riot Grrrl and its mainstream counterpart “Girl Power,” the primary protagonists in these films were often smart, strong (as well as all-too-humanly fallible) young women, which spoke to a generation of girls who were coming of age and looking for stories that represented their lives and varied experiences. Below, we profile five of the most influential films in the ’90s teen horror cycle. 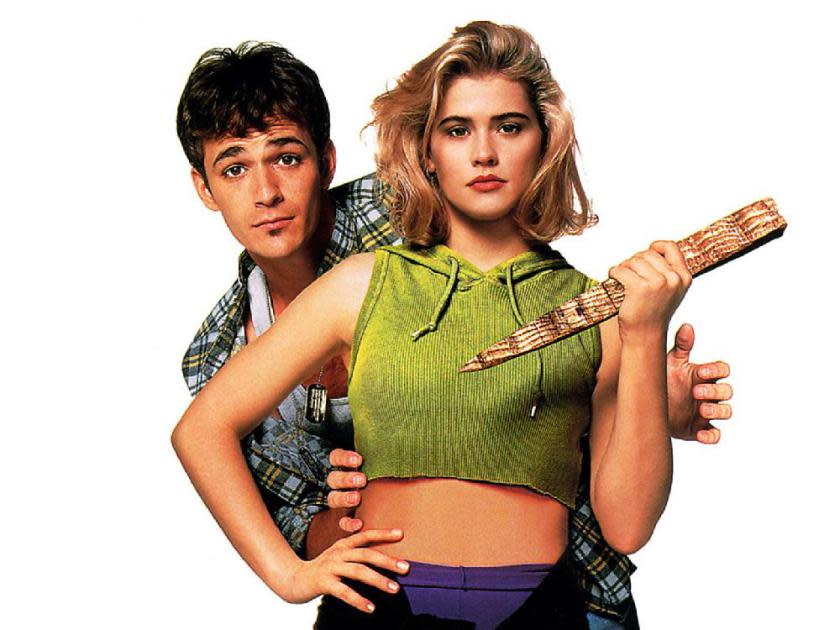 Five years before Buffy the Vampire Slayer debuted on the WB network and turned into an unlikely cultural sensation — running for seven seasons and spawning the spin-off series Angel as well as comics, novels, academic studies, fan conventions, games and more — Joss Whedon’s Valley Girl cheerleader-turned-badass warrior made her debut on the big screen in the person of Kristy Swanson. While Whedon largely disowned the film, understandably upset about how the studio watered down his idiosyncratic script into a more straightforward horror comedy, the movie Buffy still introduces many important elements of the teen-horror wave to come.

In addition to prominently featuring a familiar TV teen heartthrob in its cast (Beverly Hills 90210 “bad boy” Luke Perry, who plays Buffy’s slacker love interest Pike), Buffy begins the horror genre’s recalibration of audience sympathy from villains to victims by setting out to humanize the much-mocked figure of the Valley Girl, the kind of character who would be slaughtered and quickly forgotten in ’80s horror films. By making Swanson’s Buffy a truly three-dimensional character, a hero who is not only strong and powerful but girly and funny, the film introduces a new kind of female hero and identification figure to the horror genre. At one point in the film, Perry’s Pike says to Buffy “You’re not like other girls,” to which she replies, simply, “Yes, I am.” In this one brief exchange, Buffy acknowledges the varied and complicated experiences of all teenage girls, acknowledging and validating their importance in a society that so often belittles and derides them. 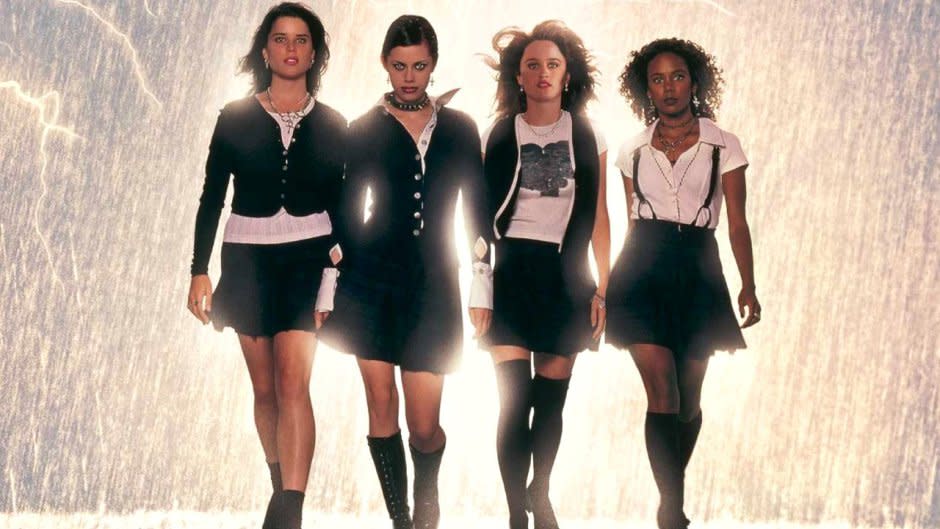 Arriving at just the right moment to capitalize on a growing mainstream interest in such formerly niche pursuits as Wicca, tarot and crystals, Andrew Fleming’s film about a coven of teen witches was a surprise box-office success in the summer of 1996, and inspired a million sleepover games of “Light as a Feather, Stiff as a Board.” Just as Buffy had reclaimed the Valley Girl archetype, so The Craft offered its largely teen and pre-teen female audiences another icon to call their own: the Witch, who was in the process of undergoing a cultural makeover from a feared, hated and persecuted figure to a strong, resourceful, and independent woman who defies the dictates of traditional, patriarchal society. Fusing this figure with the trope of the teenage outcast in its story of four female high schoolers who are shunned and bullied by the popular kids but find strength in their supernatural union, The Craft created an irresistible metaphor of female empowerment (albeit an imperfect one, especially in regards to race and class) that paved the way for TV series like Sabrina the Teenage Witch and Charmed and such later, highly diverse treatments of the Witch as Antichrist (2009), Maleficent (2014), and the 2016 trio of The Love Witch, The Witch, and Lords of Salem. 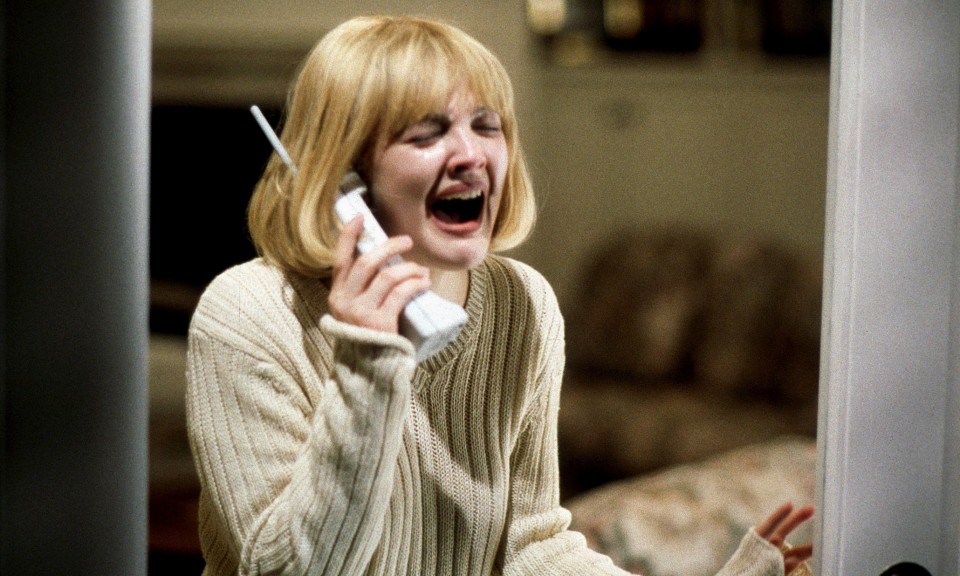 Directed by old-school horror icon Wes Craven (the creator of Nightmare on Elm Street) and scripted by novice screenwriter Kevin Williamson (who went on to create another milestone of ’90s teen culture, Dawson’s Creek), Scream is the ur-text of 1990s teen horror, and its aftershocks are still being felt in such later films as The Loved Ones (2008), Happy Death Day (2017), and Tragedy Girls (2017). Chronicling the travails of small-town teen Sidney Prescott — played by Neve Campbell, star of the hit TV youth drama Party of Five and the same year’s teen-horror milestone The Craft — and her group of friends as they are stalked by a relentlessly stabby ghost-faced killer, Scream and its sequels reinvigorated the slasher movie via a brilliantly simple device: an explicit acknowledgment that both the film’s characters and the film’s viewers have seen horror movies before, and know all their beats and conventions.

Williamson’s wittily meta take on the horror film not only allows for much hip, knowing humour, but also builds on Buffy’s recentring of the genre on teen — and, notably, female teen — experience. Focusing both narratively and visually on the female characters without overtly sexualizing them (except when they choose to do so), Scream is ultimately a film about young people in distress: about their terror, their pain, and their physical and mental fight for survival against the black-robed predator in their midst. By concentrating on the survivors and depersonalizing the menace — the killer’s robe and mask are taken on by different characters with different motivations from film to film, which harks back to an earlier era of whodunit slashers rather than evoking the supernatural horror villains that came to prominence in the ’80s — the sequels maintain this kinship with the young victims and potential victims, sympathizing with their spirit, resilience and fear rather than sadistically glorying in their deaths. 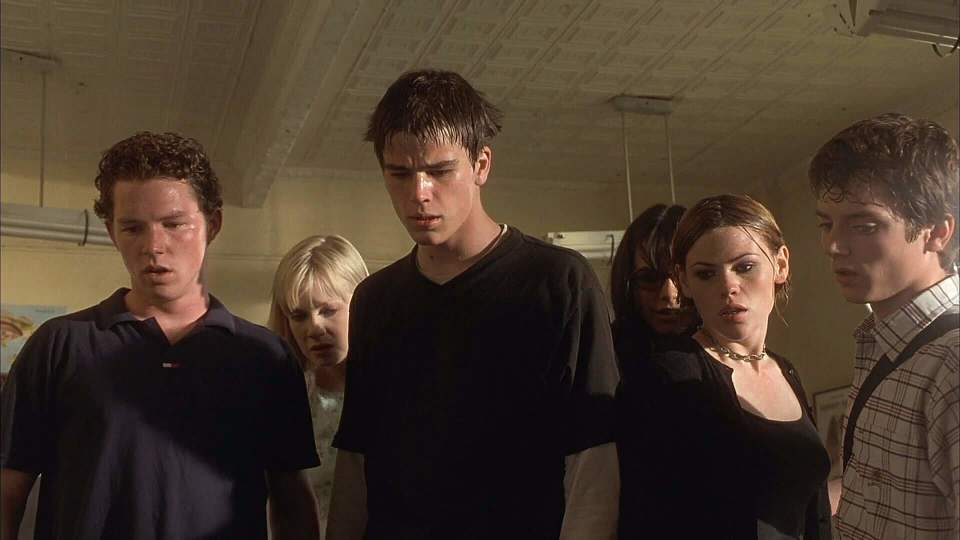 Scream studio Dimension Films sought to repeat the success of its surprise horror hit with The Faculty, but despite doing its best to repeat that first film’s winning formula — including a script by Scream scribe Kevin Williamson and an appealing cast of fresh-faced young actors — audiences balked: while the film’s $40 million domestic gross was not too shabby when set against its roughly $15 million budget, it was nowhere near Scream’s $100 million plus. Numbers aside, The Faculty is still a key film in the teen horror canon for introducing science fiction into the generic mix, just as Buffy and The Craft had brought in the supernatural and Scream the slasher flick. Taking the teen “types” of John Hughes’ The Breakfast Club (the Jock, the Nerd, the Princess, etc.), The Faculty places them within one of the most venerable narrative tropes of 20th-century sci-fi — the “body snatcher” scenario popularized by such ’50s novels as Robert A. Heinlein’s The Puppet Masters and Jack Finney’s The Body Snatchers, and continued in their subsequent adaptations and imitations — in its tale of a disparate band of high schoolers who discover that their teachers have been taken over by a shadowy alien force bent on turning everyone into mindless, emotionless drones.

Where previous filmic adaptations of the Finney novel had used the scenario as an allegory of humanist individuality versus various stripes of tyrannical political conformity (Soviet Communism in Don Siegel’s 1956 version, the Nixonian surveillance state in Philip Kaufman’s 1978 take), The Faculty adds a neat, teen-movie twist to the formula: even as the students fight for the right to be diverse and fluid in their identities, they also — like all (North) American teens — crave acceptance from their peers. While The Faculty may have underperformed on its initial release, its canny mixture of self-aware teen melodrama with sci-fi conceit would be continued through the next two decades in such successful small-screen ventures as Roswell, Smallville, The Vampire Diaries and, most recently, Riverdale. 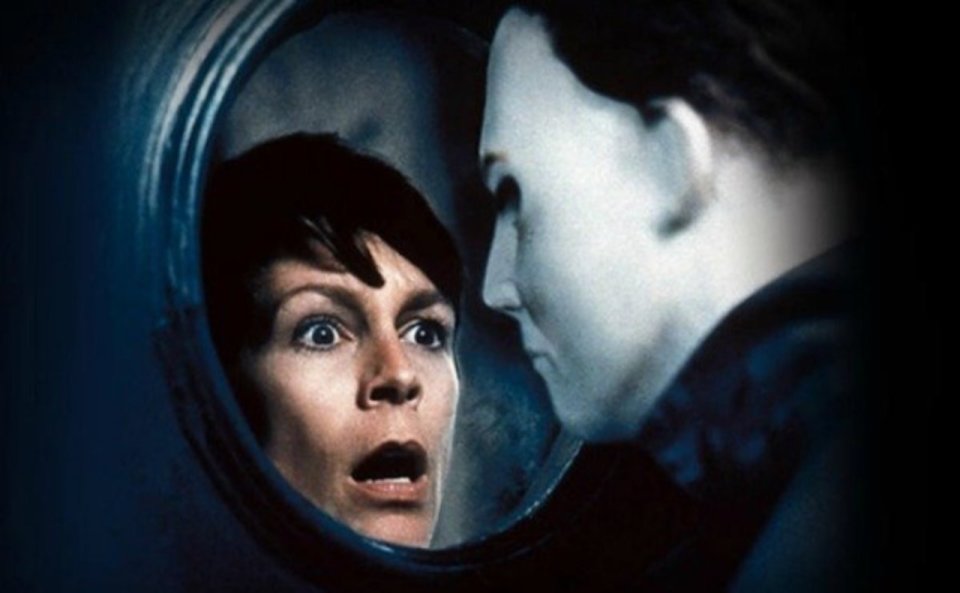 Emerging in the midst of the teen horror boom, the seventh installment in the then two-decade-old Halloween series marked a fusion of the old and new horror-movie traditions. It was the success of Scream that prompted the original Halloween’s star, Jamie Lee Curtis, to express interest in returning to the franchise for the first time since Halloween II in 1981; and to bring it full circle, it was Scream creator Kevin Williamson who wrote the story for the new film, and later provided uncredited rewrites and other creative guidance during the production.

Williamson’s DNA is certainly felt throughout the film, in such aspects as the casting of Michelle Williams from Dawson’s Creek and such in-jokey moments as characters watching Scream 2 in the background of a scene or the cameo appearance by Curtis’ mother Janet Leigh, driving the same car that took her to the Bates Motel in Psycho four decades before. But what truly situates H20 within the teen-horror cycle is the way in which it shows the culmination and triumphant overcoming of the female-trauma trope that was so often at the heart of the subgenre. One of the defining traits of the ’90s slashers was their preoccupation with the weight of violence on the characters who survive — a redefinition that made it possible for their sequels to be not simply replays of their predecessors, but character studies showing how these survivors deal with residual trauma and PTSD from their horrific experiences. Where Curtis’ teenage Laurie Strode in the original Halloween was the prototype of the “Final Girl,” in H20 we see the mature Laurie — who is now hiding from her past (and her murderous brother Michael Myers) as the headmistress of an elite boarding school — confronting the ghosts that haunt her, reclaiming her strength, and taking control of her own narrative rather than just surviving. Halloween H20 proved that an OG slasher could be updated for the times, and that women’s roles in the genre not only could, but should evolve.

The Faculty with Alexandra West

Woke Up Screaming: The *Get Out* Roundtable