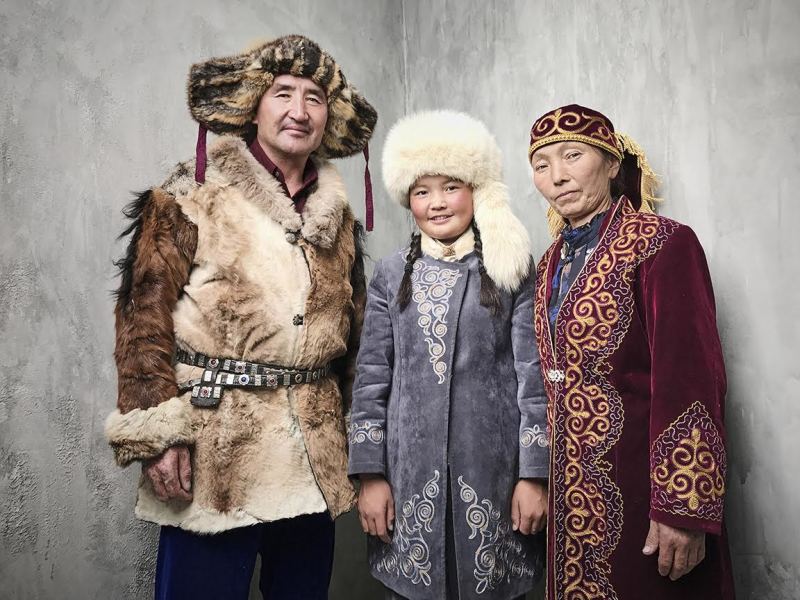 A 13 year old girl trains to become an eagle hunter, despite being the first in 12 generations to participate in a family trandition that has been passed down from father to son. She is the first Mongolian female to compete at the Golden Eagle Festival in in Ölgii against 70 men with an eagle she has captured, trained and bonded with. This incredible, empowering adventure story takes shape in the thrilling epic documentary The Eagle Huntress (which played at TIFF 16 and will open at TIFF Bell Lightbox November 4) is not only important for your daughter to watch, it’s also a chance to regale in the stunning wide open expanses of northwest Mongolia. The film is narrated by executive producer Daisy Ridley (Star Wars: The Force Awakens) who understands that Aisholpan is a new pop culture heroine as powerful as any Elsa, Rey or Katniss Everdeen before her.

During TIFF 16, director Otto Bell and the Eagle Huntress Aisholpan Nurgaiv herself sat down for an intimate interview, conducted by Jen Barkin. Here, they discuss how the film came into fruition, telling Aisholpan’s story and finally, why a 13 year old girl wanted to be an eagle hunter.

How did you come to discover this unbelievable story?

Otto Bell, director: I found out about Aisholpan through a photo essay on the BBC. This young Israeli photographer Asher Suidensky had stumbled upon her in the Altai mountains and taken just some exquisite photographs. I thought, “Somewhere in the world, this girl is walking around and talking and hopefully laughing… there must be a film behind that photograph."

Otto Bell: I found Asher on Facebook, we had a Skype. And then very quickly, we were on a plane to Mongolia to meet the family.

How long did you spend with Aisholpan and her family before you realized there was a story you had to tell?

Otto Bell: We started filming the first day we met the family. I mean they're incredibly hospitable and warm people, the nomads of northwest Mongolia. We were sitting down in the yurt, having some tea, talking about the idea of maybe making a film. And her father stood up and said, "Well, we're gonna go up to the mountain today and steal an eagle. Is that the kind of thing you want to film?” And we said, "Yeah, absolutely it is!" So we started and that eagle steal became the first act of the film. I mean, we were incredibly lucky. Because it's a very narrow window of time in which you can take a bird from the nest. Literally, a couple of days when it's old enough to survive outside the nest but not yet old enough to fly away. And we happened to be there July the 4th, 2014.

How many people were in your crew?

Otto Bell: When we first arrived, there were three of us. Me, Asher and a cameraman called Chris Raymond. And the crew never really got bigger than that. There were only ever about three or four of us. I couldn't afford any more.

__The film takes a very natural and almost scripted narrative from the beginning to the end. From a viewer's perspective, we feel like we're dropping on what's already been a journey. When you began filming, did you know where this story was going? __

Otto Bell: I made the film with a compass, not with a map. What was very helpful is that Aisholpan's journey was fairly linear. There were a number of steps which she had to take in order to become a full eagle hunter. She had to steal a bird, we were lucky enough to get that day one, to capture that first step. And then she had to train that eagle, teach it to respond to her voice, create a bond with it. Then, prove that bond and that relationship at the festival. Ultimately, to graduate to full eagle hunter status, she had to go out and hunt successfully in the winter. So the chain of events — her chronology, if you like — became the very natural storyline for the film. I didn't have to edit it or think too much about how to shape the film because her journey lent itself very naturally to a three-act structure. 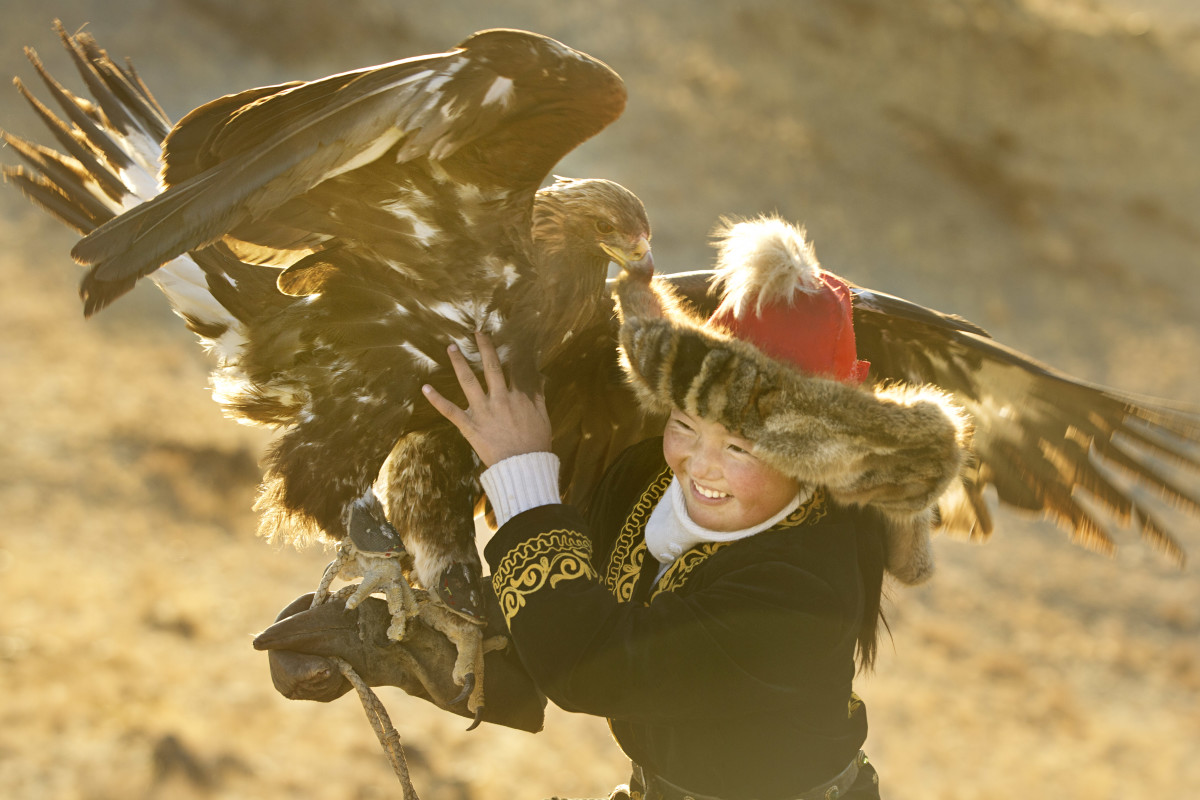 How long were you filming for?

Otto Bell: We filmed for about a year, I would say. Did about six or seven trips out there. We’re friends, I think so. She believes me a bit.

Your film captures these intimate moments between Aisholpan training or preparing for the festival. How did you build these moments where she’s hanging out with her friends and being a regular teenage girl?

Otto Bell: There's definitely a duality to her character. On the one hand, she is a 13 year old girl. She likes hanging out with her friends and painting nails and going to the stores and things like that. On the other hand, she is an incredibly determined, focused young eagle hunter. I knew I had to do justice to that. About halfway through filming, we had all of these wonderful, soaring, cinematic sequences. I was showing bits and pieces to my friends and family, and they would say, "Yeah, but where does she live? Where does she go to school? What do they do for water? And what do they eat?" All these everyday questions.

We had a little bit of intimate stuff but I knew that we needed more vérité about halfway through. So I met a lady called Martina Radwan, a really great documentarian in her own right. And she had adopted a couple of children in Mongolia. And I knew her work to be very strong when it came to vérité. She was out in Mongolia and I convinced her to extend her trip. And she spent a few weeks living with the family. Because I was conscious, as well — you know, I'm a white man. I wanted a woman's perspective. Martina lived with the family, she was immersed in the background and also went to the school and spent some time with Aisholpan and her friends. Which I did, too, but I couldn't get what she got.

__Aisholpan, you decided that you were going to be an eagle hunter. And you went to your father and there's this amazing conversation in the film of "this is what I want to do. And this is is how I'm going to do it." And you're so determined, you're so self-assured. How did you come to have this passion for this family tradition and really want it for yourself? __

Aisholpan, lead subject of The Eagle Huntress (conducted by an interpreter): When I was even younger than 10 years old, I would look at my father's eagle while he was away. And I was always helping him train the eagle. And sometimes, a few times, when my father did good, I would go hunting with him. I grew up in a eagle hunter's family. My grandfather and all the younger brothers are eagle hunters. Everything looked so beautiful. So that's why I decided to be an eagle huntress.