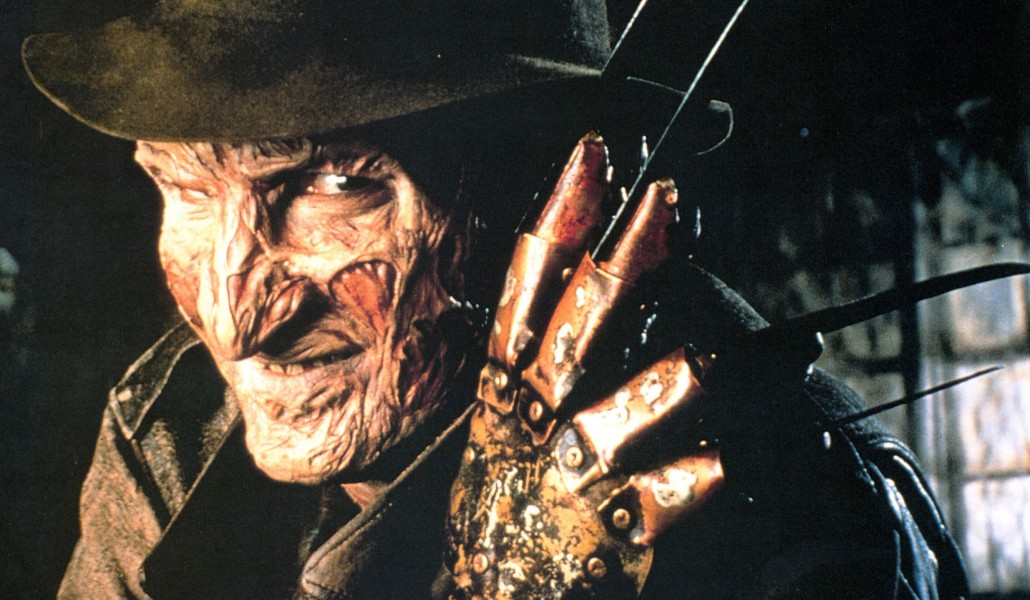 When the horror legend died, two film programmers remembered the man behind the screams

How do you celebrate a man who horrified you repeatedly? Wes Craven, creator of Freddy Krueger, died on August 30, sparking conversations and reminiscences from horror junkies around the world. This is how Noah Cowan and Jesse Wente, film programmers and Craven fans, reacted to the news…

I liked your post on Facebook on how Wes Craven made you feel like Midnight Madness had arrived when you showed New Nightmare. I remember that screening. It strikes me that Craven and his generation — Romero, Carpenter, Hooper — were really what inspired the programme in the first place. They're the directors that spawned a generation of genre fanatics.

Yeah, it was the strangest situation because we had the toughest negotiation on the film. Even though Candyman, made by Propaganda and distributed by Tri-Star, tore the ROOF off Midnight Madness a couple of years before, New Line just would not believe that they were going to get what they wanted from the programme. They would only deliver Wes if we created an entirely new category – I think it was “Midnight Special Presentation"? - and that we went toe-to-toe with Opening Night. Of course, many of my colleagues thought Midnight Madness was staging some sort of coup! It turned out Wes was oblivious to all of this and was a gentle, thoughtful guy who loved the Freddy character and had probed his meaning deeply.

The origins of Midnight Madness had multiple inspirations, to be honest. I think Piers Handling noticed some really interesting films that did not fit in our existing programs in the late 1980s, inspired especially by Cronenberg’s fascinating journey to Hollywood beginning at that time. I think Piers also was sensitive to a nagging provincialism around horror and other “outside” genres that resulted from Robin Wood’s influential stance against people like Hooper and Craven. That being said, very few of the early Midnight Madness films were actually horror films and those that were usually hailed from Italy and its very different Gothic traditions.

At the time I actually found that American horror had become to jokey for its own good – Romero especially had begun to self-satirize and I wasn’t a big fan of those films. They felt sort of defensive to me. I came around, obviously.

One thing I regret from that time is never actually being in the audience. I had to care for the filmmakers. What was it actually like?

I remember MM screenings as pilgrimages. It's where my people gathered. That show, in particular, I was out of my mind - I mean at the time you just didn't get access to people like Craven. The convention circuit wasn't really formed, maybe for the odd movie, but it was tough. For a Fangoria reader, who more than once attempted to make their own foam latex, MM was mecca. It still is for many.

I love hearing the behind-the-scenes stuff, especially knowing what I know now. Interesting how things have evolved since then. I do vividly remember seeing Tokyo Decadence at MM - that is not a movie you forget.

It's true, many of his contemporaries were not making their strongest work at the time, but he reinvented or re-imagined his own work and characters in a way that they didn't. Speaking to the thought he put into Freddy that you describem I mean New Nightmare is so smart, I've always preferred it to Scream. It's fascinating to see an artist in dialogue with their own creation - like "Whale" in Bride of Frankenstein.

Did he talk to you about Scream at that point? I'd love to know what you asked him offstage.

Craven was really focused on Freddy. But he had a certain distance from him. It was like listening to a scientist sending his creation into the world. In retrospect, that makes a lot of sense – Freddy was a true creation of the 1980s, of the archetypes of that particular decade: economic predation, the end of sex, ersatz small town values, the War on Drugs. Nightmare humour is chilling and malevolent. People always talk about Craven’s deft surrealism with the Nightmare movies but I think the humourous tropes are actually much more interesting. Revisiting the Nightmare films is actually what turned me around on '80s studio horror. One felt there was actually something at stake in these killings (and in the mean-spirited jokes around them). A curdled farewell fuck you to mid-century liberal consensus. They are still so disturbing in unobvious ways.

Craven was so era-specific in so many ways. I wonder if he will be as historically beloved as I expect Carpenter will be. What do you think? What horror films and directors will last through the ages?

It's true, the movies are so of their moment. The original Nightmare still retains its primal terror, but I'm not sure its resonance matches a film like The Thing or even They Live, which speak both to the moment of their creation, but also more universal themes that haven't dissipated; disease, corruption, political distrust. I think Carpenter's place is undeniable, many of his notations to cinema language are now embedded in the vocabulary of contemporary horror. But I think you're right that Craven's approach to gore, both its visceral presentation and the emotions surrounding it, especially in something like Scream or even Last House on the Left have informed the approach of many contemporary artists.

That knowing give-and-take with the audience that's so central to Scream is also undeniable in many of the genre films that have followed - for good and bad. He did acknowledge the experience/expertise of his audience in a manner that I think will always ensure a lot of love for him, historically. I mean, come on, so many people making decisions in the movie business had the shit scared out of them by Wes Craven. That means something, doesn't it? Plus I think fan culture now has a way of eulogizing and memorializing figures like him. It makes my movie-geek soul happy that guys like him are now canonized.

Can I count you in for a Craven-athon?

We should do this again. I miss our talks about such things.

I am there! Lightbox is in fact the perfect place for the marathon. But I might be too scared to stay overnight!