The Comic Tragedy Of The Creative Impulse 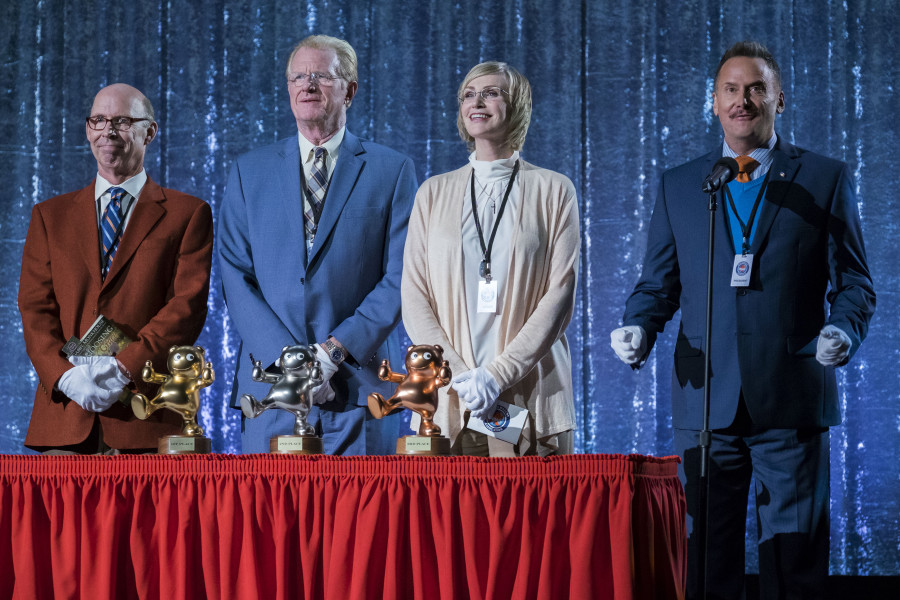 The Comic Tragedy Of The Creative Impulse

An appreciation of Christopher Guest’s band of merry pranksters

Like the giddy musicals of Mickey Rooney and Judy Garland, the improvised films of Christopher Guest are fundamentally about putting on a show. They are at once a celebration of the human impulse to create and an affectionate mockery of the ego. They’re about the narcissism and myopic self-delusion that goes into thinking that you have something so important and essential that it must be shared with the world.

Guest’s career as a filmmaker really began with 1984’s largely improvised This Is Spinal Tap, which he co-wrote and starred in, where the show in question was the disastrous tour of the titular lumbering British hard rock band. (His portrait was so lovingly specific, yet broad enough, that there are probably a good dozen bands absolutely positive the movie is about them.) 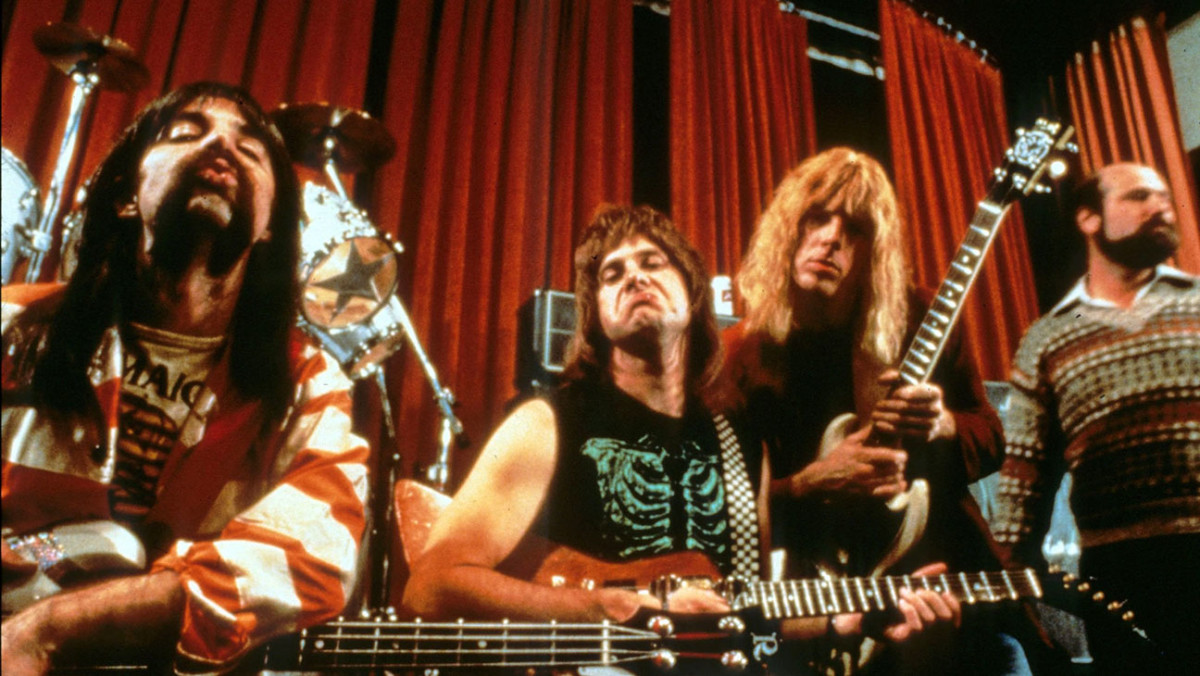 With his comic bona fides firmly established, Guest graduated from co-writing and starring to writing, directing (and also starring!) in 1996’s Waiting For Guffman. But this time around, he set his sights on an even bigger, even broader satirical target than just dinosaur-rock obliviousness: the tragicomic, but often just plain tragic, world of community musical theatre.

The instant cult classic documents the tumultuous mounting of a musical celebrating the 150th anniversary of Blaine, Missouri, a town that’s awfully proud of itself for no discernible reason. The production is masterminded by Corky St. Clair (Guest), a frustrated would-be theatrical maestro who sees an opportunity to finally realize his big show business dreams on the smallest possible scale.

The movie ends with a performance of the musical that is a delirious symphony of blissful, unselfconscious incompetence, full of cardboard sets, hilariously wrong-headed musical numbers and performances so huge they’re pitched less to the rafters than to faraway galaxies. After a strapping young man drops out of the play, the effete and decidedly middle-aged St. Clair fills in for all of the roles he was scheduled to play, from a child to a pioneer, despite being egregiously unsuitable for the job. The climactic musical could not be more wonderfully inane yet when the Broadway bigwig of the title fails to show up for the big show, it’s surprisingly heartbreaking all the same. As This Is Spinal Tap indelibly reminded us, there’s a thin line between clever and stupid. Waiting For Guffman is an extraordinary clever look at a profoundly stupid endeavor.

Guest’s second feature firmly established the template for the comedies that would follow. They generally began with an outline by the filmmaker and his longtime collaborator Eugene Levy. Then, they focus in on a particularly ridiculous part of the entertainment industry which is then improvised into life by Guest’s repertory cast, most notably Levy, Catherine O’Hara, Fred Willard, John Michael Higgins, Jane Lynch, Michael Hitchcock, Ed Begley Jr. and Parker Posey.

Each film tends to centre around the buildup and anticipation for a final climactic show, which lends them an innate structure and plot. The filmmaker doesn’t always delineate between laughing with his characters and laughing at them. Corky St. Clair, for example, is in many ways a stereotype of a closeted gay man delusionally convinced that he’s fooling anyone with his protestations of heterosexuality. A similar running gag pops up in Best In Show, where a sexpot played by Jennifer Coolidge is married to an ancient rich dude, despite clearly being in a lesbian relationship with the woman training her dog. These aren’t terribly progressive depictions of homosexuality, but as a satirist Guest is particularly clued into the comic possibilities of self-delusion. At his glibbest, he puts the “mock” in “mockumentary,” but Waiting For Guffman is hilarious enough to excuse the hint of cruelty coursing through it, as are many other Guest movies to come. 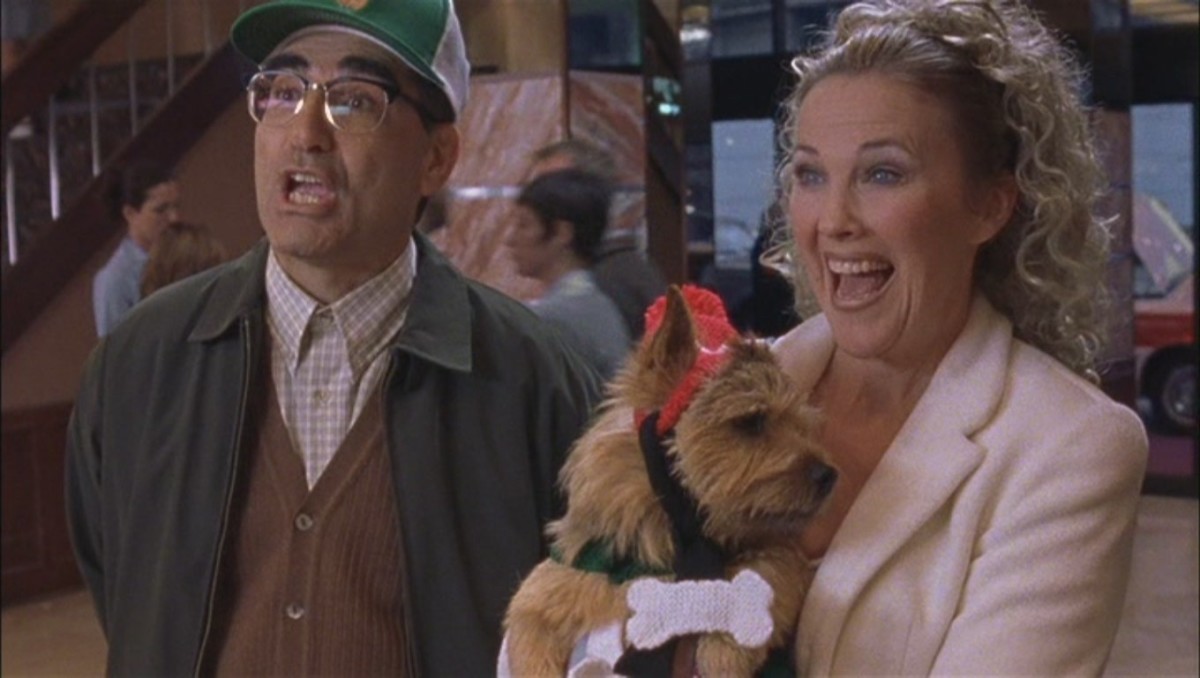 2000’s Best In Show even has “show” in its title. The film uses fierce competition among show dogs as a prism to explore the ridiculousness of the human character and the folly of ego and ambition. Improvisation (as an acting tool) is historically all about cooperation and collaboration, the give-and-take and the yes-anding between the performers. Guest divides his cast into complementary pairs. These units include Michael Hitchcock and Parker Posey as a pair of bloodless yuppie lawyers so alike they seem to share the same awful brain. In one of the movie’s funniest scenes, these exemplars of unexamined white privilege lovingly recount the ultimate upper-middle-class meet-cute. Hitchcock was drinking a Grande Espresso (“I thought that was really sexy” Posey’s legal eagle all but purrs, providing a fascinating glimpse into the terminally basic nature of her imagination, sexual or otherwise) at a Starbucks and spotted Posey’s character at a different yet nearby Starbucks and made his WASPy move.

Posey and Hitchcock are, if anything, overly in sync. The same cannot be said of a respectable and supremely capable British commentator played by Jim Piddock and a gloriously oblivious American buffoon played by Fred Willard. The genius of Fred Willard’s performance here as a dog show announcer who clearly knows nothing about dogs lies in the character’s complete self-absorption. He clearly never listens to anyone or anything other than the crazy voices in his head, which leads to the funniest performance in all of Guest’s work. Willard has the funniest lines, like when he asks his co-announcer why a Bloodhound can’t compete dressed like Sherlock Holmes, complete with a real pipe. Still, Piddock gets his share of laughs with his deadpan, quietly pained reaction to his partner’s rampant stupidity.

Guest’s next film, 2003’s A Mighty Wind is a bit of a departure. The film is once again about the build-up to a big show, in this case a memorial concert for a legendary folk producer that brings together such luminaries as The Folksmen (Michael McKean, Guest and Harry Shearer, also the lineup for Spinal Tap), the old-timey harmony group The New Main Street Singers and Mitch and Mickey (Levy and Catherine O’Hara). Once upon a time, Mitch and Mickey were folk music’s preeminent sweethearts, but after their break-up Mitch recorded such tellingly titled albums as Cry For Help and Calling It Quits. Before everything crumbled into darkness, the highlight of every concert he performed with Mickey was “A Kiss At The End of The Rainbow,” at the end of which they actually kiss.

Returning to the music industry setting of This Is Spinal Tap (except with folk), the film has an emotional depth otherwise lacking in Guest’s oeuvre. Perhaps it’s because of the performer’s deep history with each other. The surprising emotional power of the central relationship between the characters played by longtime collaborators Levy and Catherine O’Hara comes in no small part from the decades they’ve been working together. In the film’s climax, the other two groups come from backstage to watch Mitch and Mickey’s reunion and are visibly moved.

The “entertainers” in Guest’s films are almost invariably comically inept but in this song, and in this performance, they’re genuinely lovely and heartbreaking. Guest boldly and uncharacteristically eschews jokes and gags and allows the moment to just be moving, sad and surprisingly powerful. The song was nominated for an Academy Award and it’s easy to see why, but it loses much of its power when removed from its original context. A Mighty Wind courts tears, as well as laughter, and earns its share of both. 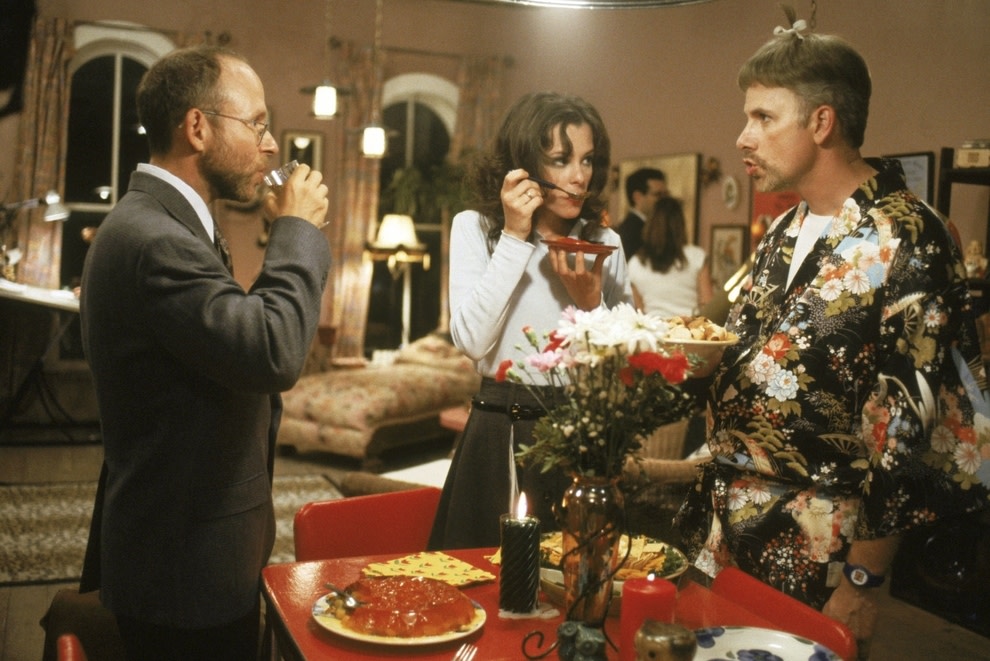 Guest’s follow-up, 2006’s For Your Consideration is Guest’s least successful to date, though it still has its share of laughs and charm. As its title suggests, the film is about the peculiar Hollywood mania to win the Academy Award as filtered through the travails of the cast and crew of Home For Purim. This is a low-budget historical drama that attracts early Oscar buzz, leading the egos of the unlikely Oscar contenders to balloon to monstrous sizes.

While the world is short on satires about community theatre, folk music and dog shows, it is overflowing with glib, snarky comedies about the movies and the egomaniacal lunatics who make them. The brilliant repertory cast of longtime collaborators remains intact, but these trusty old pros have difficulty finding fresh angles on a subject matter that was probably exhausted even before the talkies arrived.

Guest’s latest film Mascots, playing at TIFF 16 and premiering Sept. 10 at Ryerson Theatre, is the first film he’s directed in a decade and one that finds him returning to the role of Corky St. Clair. (Although, it should be noted he’s reprised his character from A Mighty Wind and This Is Spinal Tap throughout the decades, so returning to a beloved character is old hat for him.)

This time around, the big show is a competition for mascots that brings together everyone from “The Fist”, the self-styled “Bad boy of sports mascotery” (Chris O’Dowd) to Alvin The Amarillo (Posey), who brags about how winning honorary mention is “like first place, but it’s a weird first place.” The trailer manages more laughs and quotable lines in just a few minutes than most comedies manage in 90, including, “Mascots don’t die, they just hang in a closet.”

A lot has changed in the decade since Guest released For Your Consideration, as evidenced by the fact that Mascots will be debuting on instant streaming giant Netflix in October. What hasn’t changed, however, is the excitement and anticipation that inevitably greet Guest’s comedies, which are as close to a sure thing as exists in the movie and comedy world.

There’s ultimately something deeply poignant about the obliviousness of Guest’s dreamers and pretenders. Their self-delusion keeps them from hurtling into despair. Perhaps he makes so many movies about entertainers (or attempted entertainers) because he understands that impulse from the inside out. Nobody is as consistently entertaining playing people who consistently fail to entertain as Guest and his merry band of jokers/longtime collaborators.