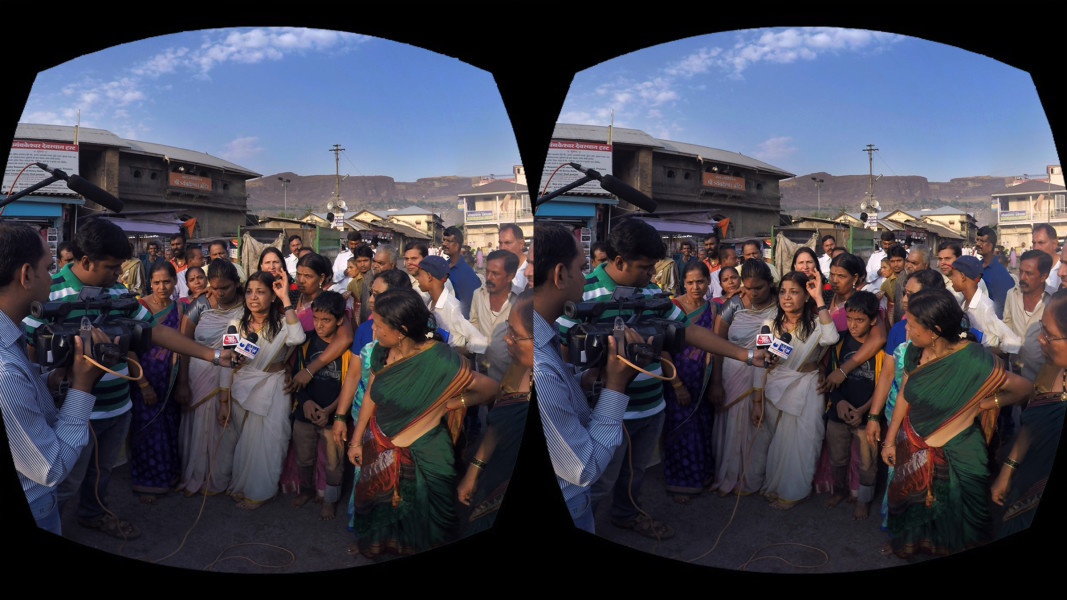 When the couch becomes a movie theatre, and the console becomes your brain

One day in the mid 1990s when I was seven or eight years old, I heard the faint whine of a television set in the room I shared with my older brother. I peered under the bed and there he was lying with a Super Nintendo controller in his hand, playing Yoshi’s Island on a black-and-white television. We played in secret for hours, eventually beating the game and ending the pixel-thin storyline of Baby Luigi’s kidnapping.

A few years later in 1997, Final Fantasy VII was released on the Sony PlayStation. Because it took dozens of hours to play all the way through, the game came packaged in three separate discs, dividing its overwhelmingly complex story into a distinct beginning, middle and end. Suddenly, a videogame could be a “medium” for storytelling. (How they plan to turn Alexey Pajitnov’s Tetris into a three-film blockbuster is beyond me.)

Video games have grown up, just like I have. And yet despite the hundreds of games that have impacted me and millions of other players with their engaging storylines — BioShock’s electric ending, Journey’s delicate fable, Firewatch’s parable of loneliness — there are some who don’t think videogames are the “correct” medium to tell stories interactively, let alone “cinematically.”

Enter VR, and enter creators like Ted Schilowitz, head “Futurist” of 21st Century Fox’s Innovation Labs, a division that is perhaps the spiritual update to the work of 20th Century Fox’s short-lived “Fox Video Games.” Fox Video Games charged through the early 1980s up to 1984 with Atari 2600 titles like Alien and Planet of the Apes - supplementary interactive content from existing cinematic properties. Like many games back then, they were fairly limited in scope. In 2016, Fox’s Innovation Labs — in addition to supplying one of the coolest job titles ever to Schilowitz — is doing their best to make sure the Hollywood parent company leads the way in “cinematic virtual reality,” or simply “cinematic VR,” by bringing consumers new ways to experience blockbuster films at home.

At home is where you can strap in for The Martian VR Experience, Innovation Labs’ gamified version of Ridley Scott’s 2015 sci-fi adaptation. You play as Mark Watney, Matt Damon’s character in The Martian (which premiered at TIFF 2015), navigating through a 30-minute VR “story” split into bite-sized chapters. Users operate Watney’s rover, interact with floating tools and finally — spoiler alert — angle the air pressure seeping from Watney’s punctured glove to propel towards a space-walking Jessica Chastain. If you’ve seen the movie, you can “relive” it through VR. If you haven’t, the novelty-factor is high enough to sink into the movie’s plot pretty much immediately. To Schilowitz, this is “cinematic.”

“The toolsets that we use for video games today — which is essentially a big flat panel display and a game-type controller — don’t really get at the heart and the essence of what makes a story a story,” says Schilowitz to me at the New Frontiers exhibition at the Sundance Film Festival in January this year. “I never really feel like it locks in. Whereas in the world of virtual reality, the idea of interactivity and story seem to be one and the same.”

Schilowitz has arrived at the same conclusion video game designers came to decades ago: you don’t need a camera to tell stories cinematically. And with VR technology becoming more consumer-friendly, the cinematic window has opened to encompass 360-degree spaces, rethinking the conventional idea of mise-en-scene.

With this in mind, what does “cinematic VR” truly look like? More importantly, what does “cinematic” even mean anymore? Beginning from the earliest cartoons, the term has been fraught - complicated even further when video gamers began describing their medium’s digital cut-scenes as “cinematics.” But to truly explode the word — especially if your definition of “cinematic” is narrowed to buttery popcorn and reels unspooling through a projector — TIFF this year has its first VR programme taking place the weekend of September 16 to 18 to investigate new avenues in apparatus theory, personal experience, and well... being there.

If the experience offered by the five VR works at the festival recalls the title of [Jerzy Kosinski’s 1970 novel](https://en.wikipedia.org/wiki/Being_There_(novel), it’s because they invite us to not just look at their pictures but to step inside. To interact and investigate the environments before you, which is a cinematic experience previously inhibited by selective montage. This raises yet another question in regards to the active verb of consuming VR content: are we watching these works, or are we “playing” them?

In time, we may find that documentary and experimental art modes are the future of VR — or perhaps the most effective applications of the medium. If this is the case, and even if not, these VR components should definitely be included in the realm of “cinematic.” Take the National Film Board of Canada’s VR documentary The Unknown Photographer, which, via Xbox 360 controller, allows viewers to traverse a hellscape of the Great War, witnessing dramatic photographs of the time amongst ruins and trenches. Similarly, Cardboard Crash — another NFB “doc” — is a unique entry point into a current debate in the world of self-driving cars. As you sit in an autonomous vehicle car that is destined for highway disaster, choosing how you crash is an emotional decision, as the user is presented with algorithmic cost-of-life estimates.

Adding agency (read: interactivity) to cinema to ask questions and tell stories all around you: that’s the future of “cinematic VR.” For VR creators, the art of situating viewers in a scene — instilling their presence in a captured moment playing out in real time — will be a precise and delicate balance, much like editing is for traditional filmmakers. This is important, because as documentarian Lisa Jackson said in a prior exchange published on The Review with fellow filmmaker Alan Zweig, “you cannot cut” in VR.

To cut is to omit. In VR, cuts are akin to “fadeouts,” as if you are exiting one dream for another. If you are interested in the expansion of cinema in a digital world (you’ve read this far!), this lucidity will be crystal clear in the TIFF 16 POP VR programme, which includes one inventive animation (Invasion!) and four observational documentaries (Jafri, Ch'aak' S'aagi, Right to Pray and KÀ: The Battle Within) that showcase the intersections of technology and the moving image. To explore this frontier — and to realize the potential of “infinite views” — all festival-goers need is a ticket and an open mind.