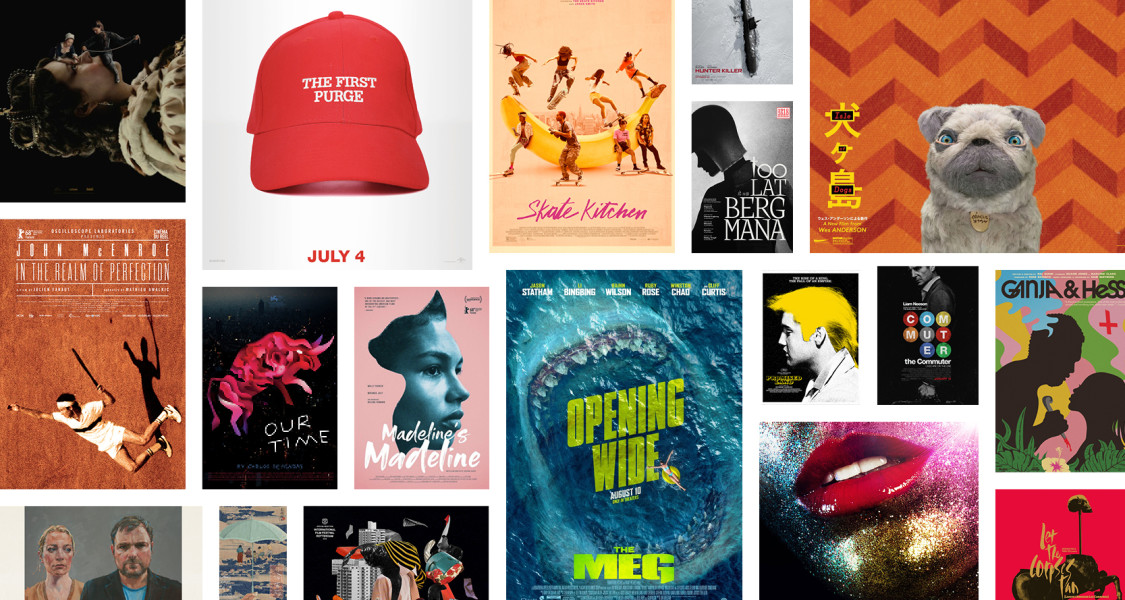 As 2018 draws to a close, we asked FilmArt writer Craig Caron to gather some of his favourite posters from the year, revisiting many of the completely arbitrary categories from last year's list.

Some of these films appeared at festivals in 2017, and some won’t see a wide release until next year. As with any such list, a lot of very fine work was almost certainly omitted or overlooked, but if you think we’ve made a glaring oversight, be sure to let us know on Twitter or Facebook.

With every new film from director Yorgos Lanthimos comes a new one-sheet from designer [Vasilis Marmatakis](https://www.tiff.net/the-review/the-killing-of-a-sacred-deer-and-the-bleeding-edge-of-poster-design/), whose work is generally a shoo-in for these year-end lists. In 2018, Marmatakis did it again with his poster for The Favourite, though as with his work for last year’s The Killing of Sacred Deer, his one-sheet was essentially discontinued after some early use at festivals and replaced by more conventional artwork for the film’s wide release. 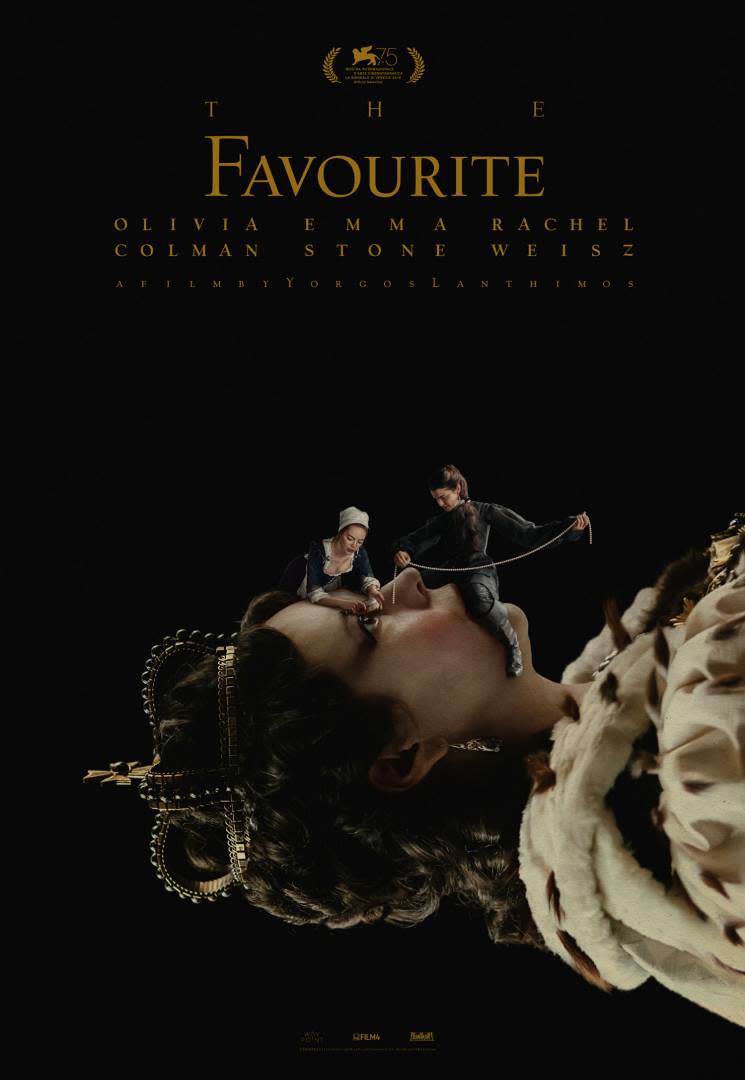 17. Best Concept(s) Staring You Right in the Face

NYC-based Brandon Schaefer is another designer whose work demands to be followed closely. Schaefer produced no shortage of envy-inspiring posters this year (We Have Always Lived in the Castle, My Friend Dahmer, Mapplethorpe), but his posters for Active Measures and Madeline’s Madeline are true standouts, both utilizing visual metaphors whose genius lies in their (retrospective) obviousness. 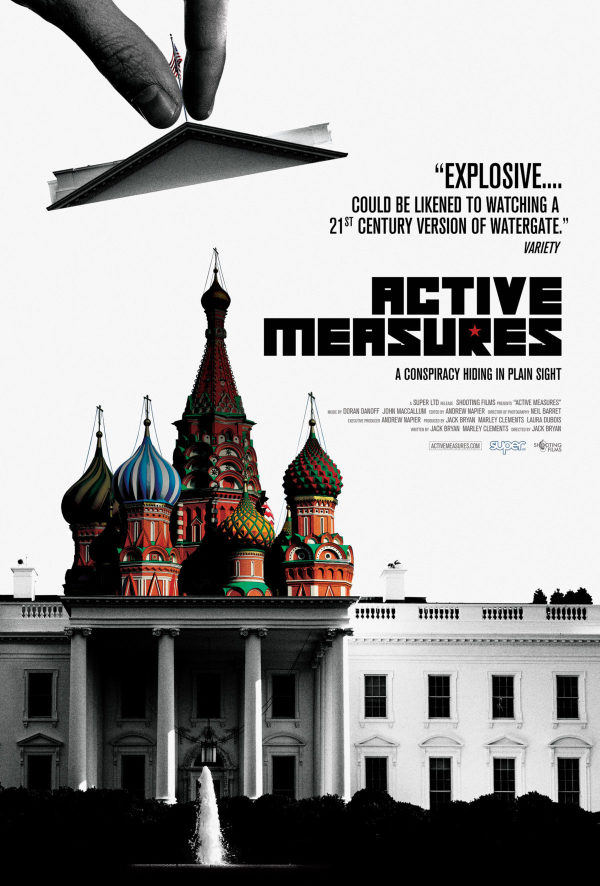 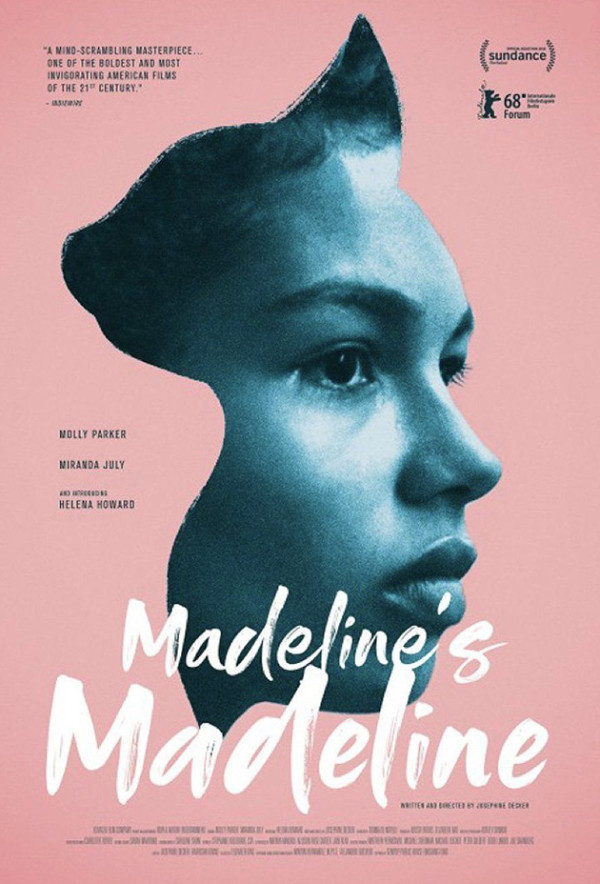 16. Best Poster I Had to See Twice

At first blush, I liked this poster: it reminded me of the dazzling, glittery footage of Romy Schneider from Henri-Georges Clouzot's unfinished L'Enfer, which had a similar poster a few years back. But I didn't fully appreciate it until I came across it again a few weeks after that first sighting and discovered something remarkable: there is no actual skin beneath all the glitter. There's a metaphor in there somewhere. 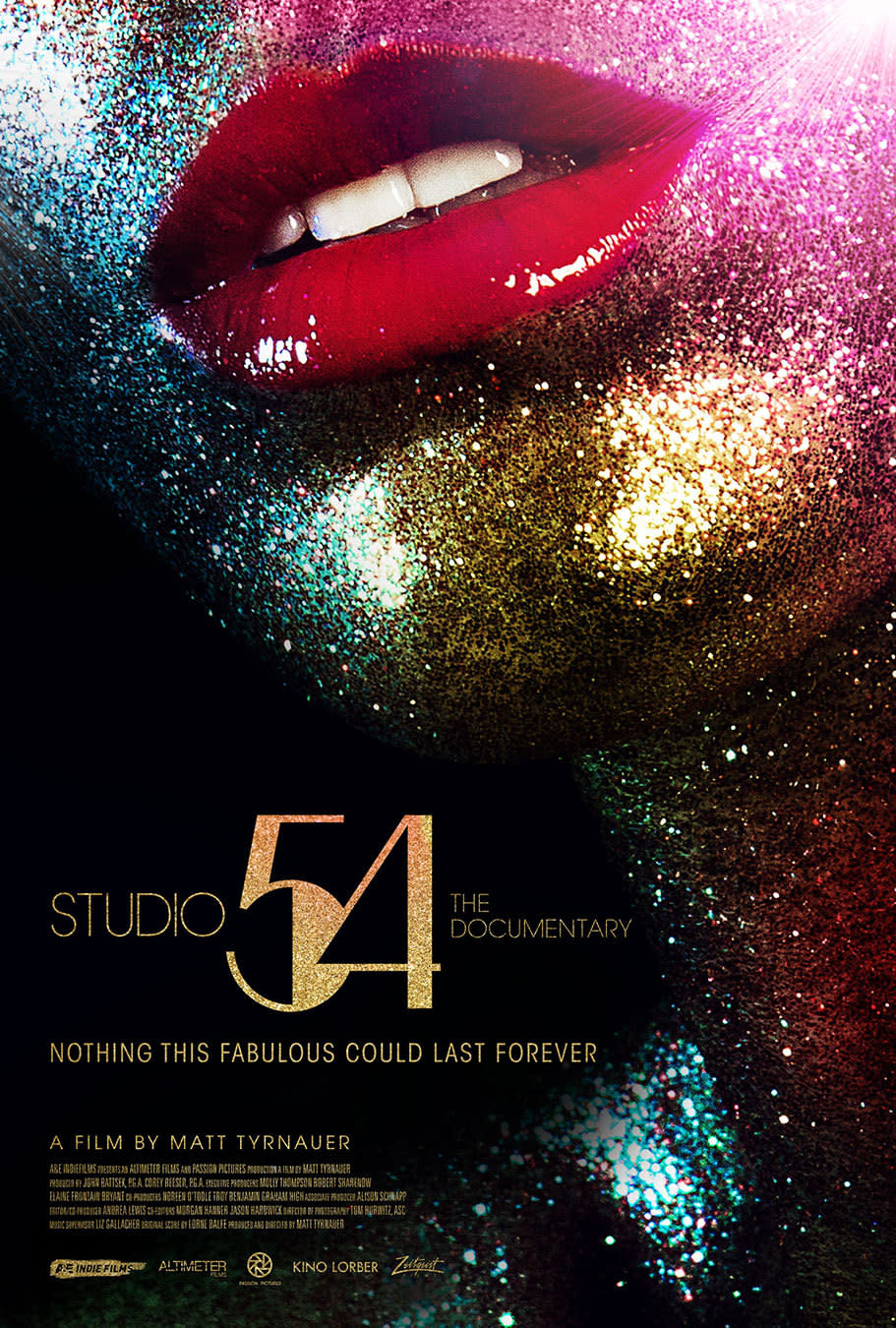 The Commuter arrived right as 2018 began, so this poster found its way onto a lot of last year’s best-of lists, but it passed this author by and it’s more than worth a second look. For director Jaume Collet-Serra’s fourth go-round with Liam Neeson as another Man With a Particular Set of Skills, Lindeman & Associates produced this first-rate riff on the iconic signage of the New York City subway system, borrowing designer [Massimo Vignelli](http://www.designishistory.com/1960/massimo-vignelli/)’s colourful wayfinding dots to form the name of the film and letting Neeson’s glower power do the rest of the work. 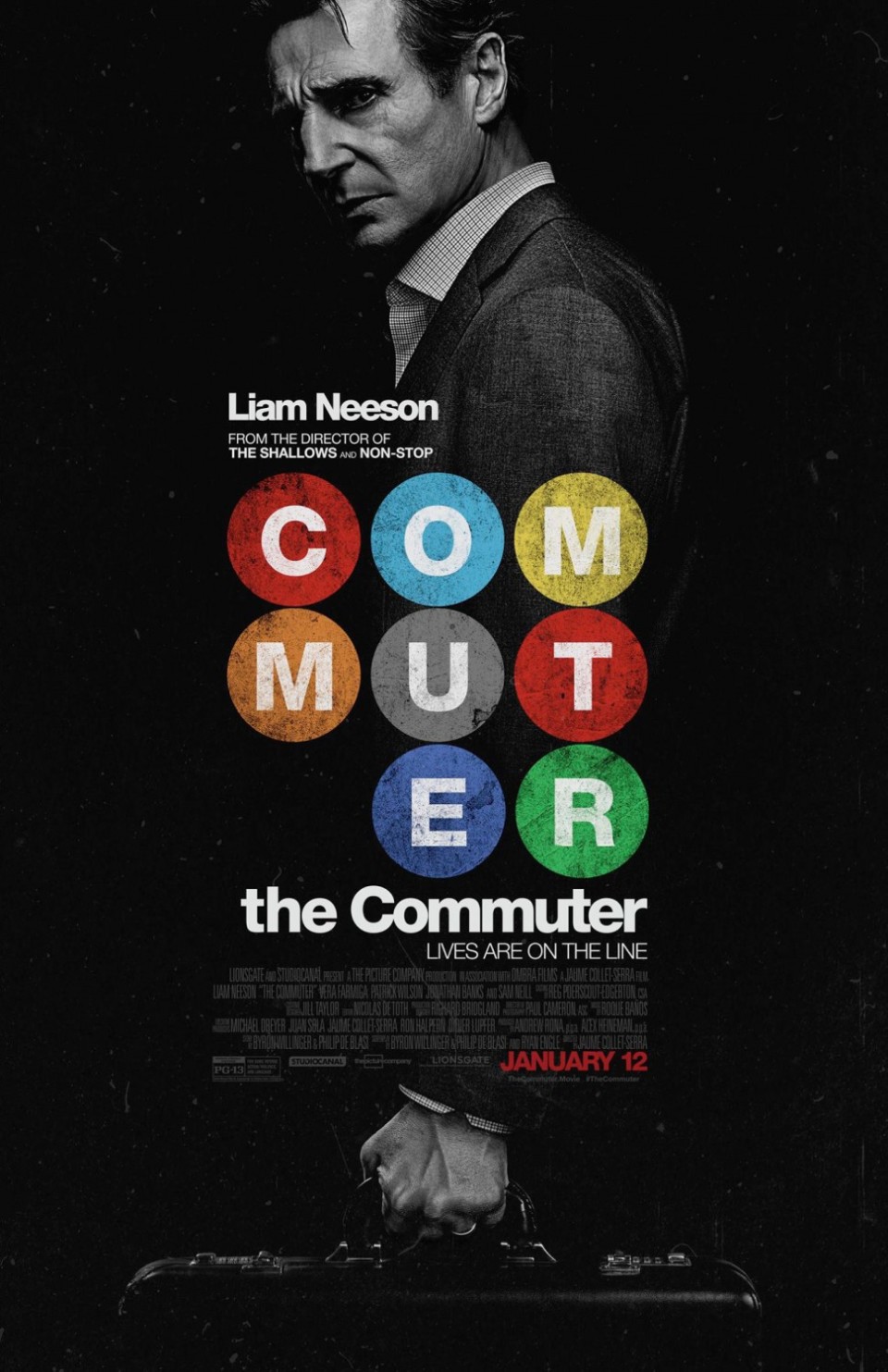 There was no shortage of overtly polemical films this year, many of which had equally confrontational ad campaigns (Kenny Gravillis’ poster for Spike Lee’s BlacKkKlansman is an obvious standout), but I have to tip my hat to this teaser poster for The First Purge. It’s one thing for a film to draw connections between Trump’s trademarked brand of right-wing populism and The Purge’s legalized night of murder, but another thing entirely for an ad campaign to make those same connections, thus potentially alienating any red cap-sporting Purge-heads before they forked over the price of admission. But then again, perhaps I’m only seeing this as a bold move on Universal’s part because I see that connection as a negative one. 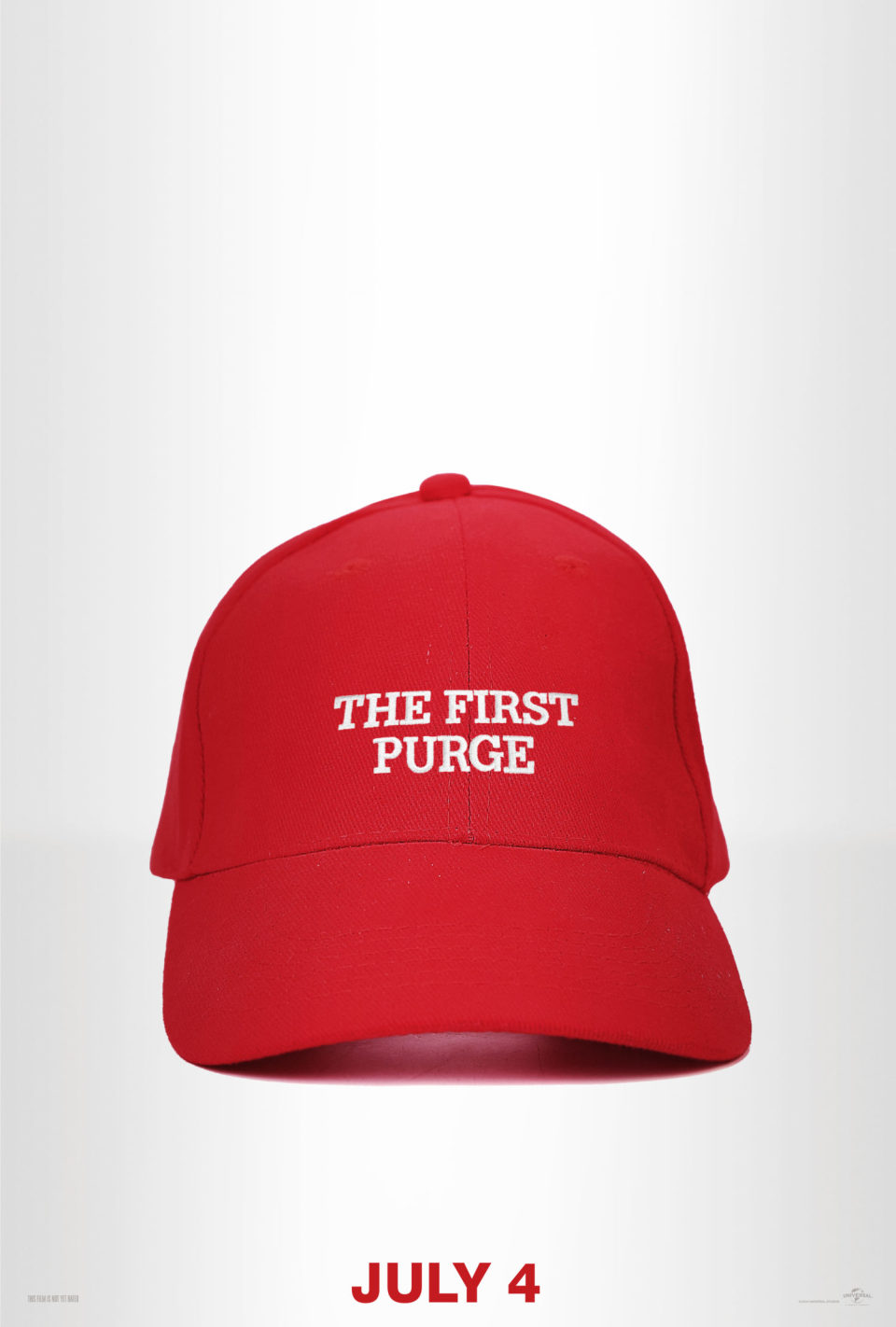 Many of the world’s cinematheques celebrated the Ingmar Bergman centenary in 2018, with each putting their own stamp on retrospectives of the Swedish director — much love to TIFF's creative team for their own remarkable work on Bergman 100 — but the Lodz Film School created something truly unique for their series. Their take on the what’s-left-to-be-said visuals of the Swedish master is refreshingly contemporary while harking back to some of the key visuals from Bergman’s heyday thanks to some astute typographical choices. 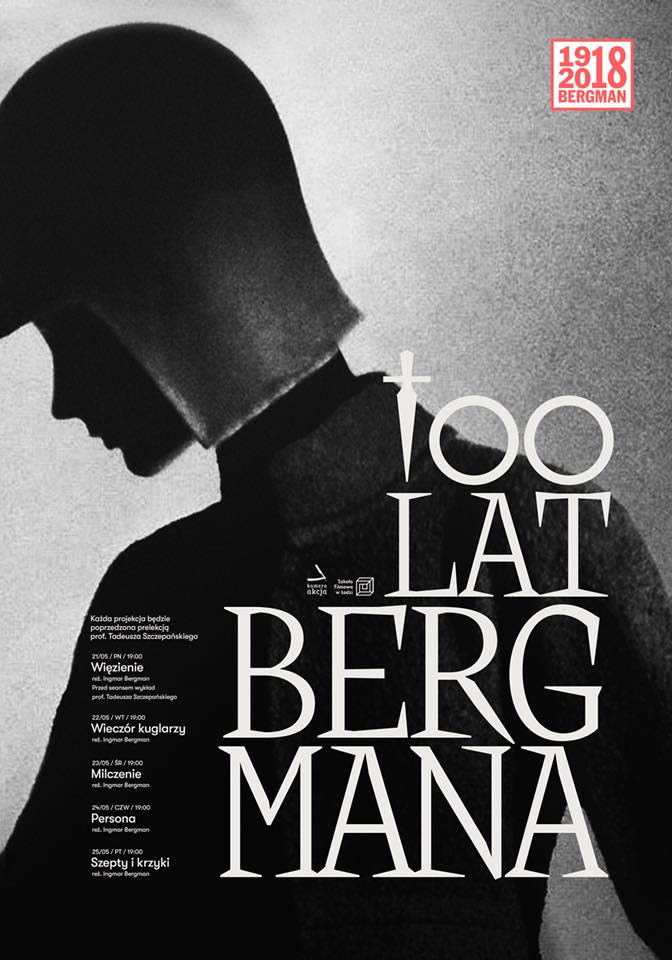 A poster for a re-release of a film can go down one of two paths, each with its own unique challenges. The first and more common approach in recent years is to step out from under the (often beloved) original advertising campaign and create something to renew interest in a film; in other cases, however, the poster designer’s role is to offer a film the proper representation it wasn’t given the first time out. Bill Gunn’s 1973 Ganja + Hess had an auspicious beginning, winning a critics' choice prize at Cannes that year, but its US producers Kelly-Jordan Enterprises weren’t pleased that the “black vampire” film they’d financed had been turned into an experimental allegory for addiction. Before most audiences saw it, the film was recut and released as a straight-up exploitation film under titles like Blood Couple and Double Possession. This poster, designed for Kino Lorber’s 45th-anniversary restoration of Gunn’s original edit, repositions the film as the unique, essential piece of American independent cinema it is and ever was. 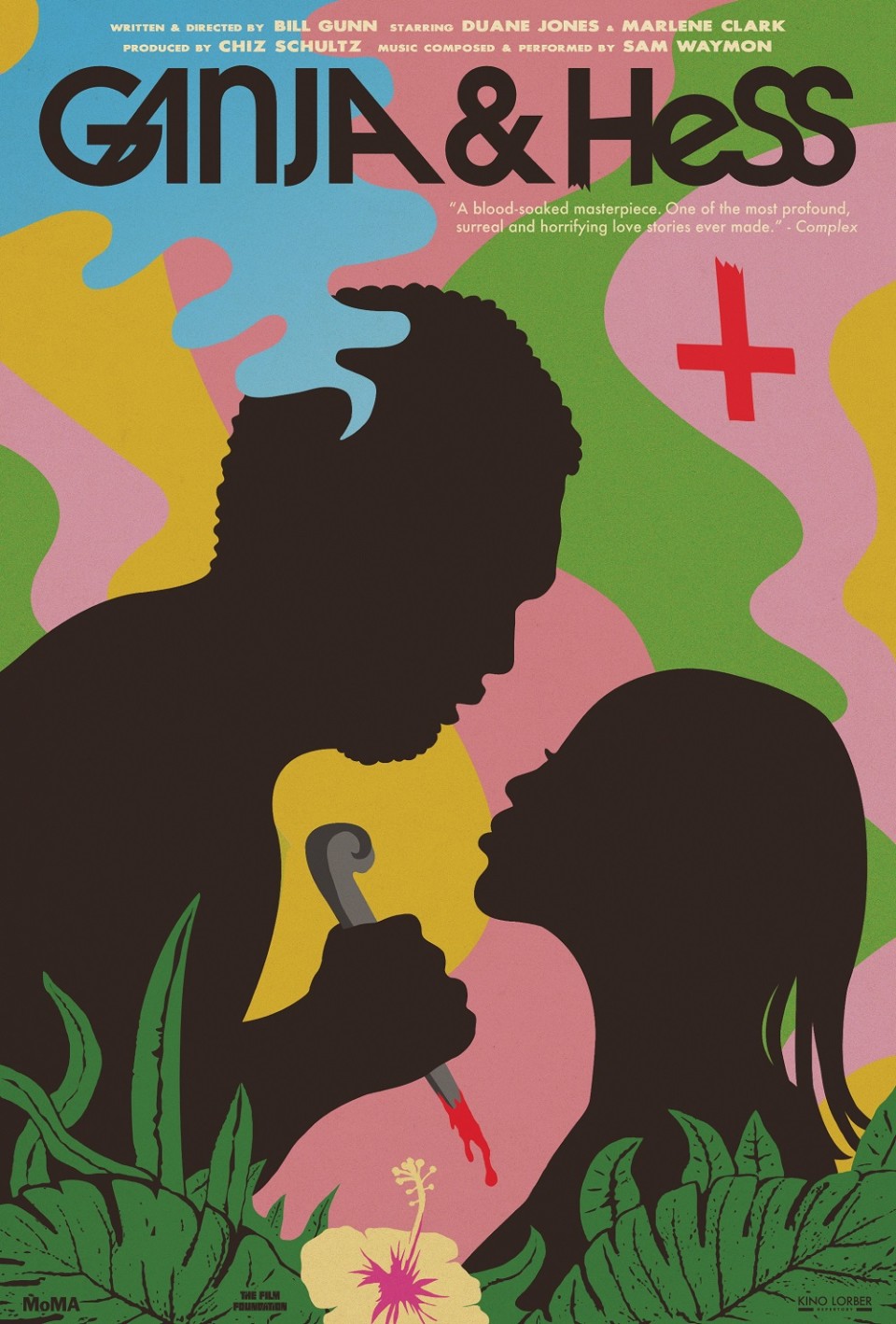 Simon Davis is best known as one of the artists behind Britain's long-running sci-fi comic 2000 AD, but he is also an award-winning portraitist. This intersection makes him a perfect fit for Ben Wheatley's latest film Happy New Year, Colin Burstead (previously titled Colin You Anus), a dark comedy with a presumably lower body count than many of the director’s previous features. Davis' portrait of Wheatley regular Neil Maskell and Alexandra Maria Lara suggests that Wheatley has crafted a decidedly more low-key affair this time out. 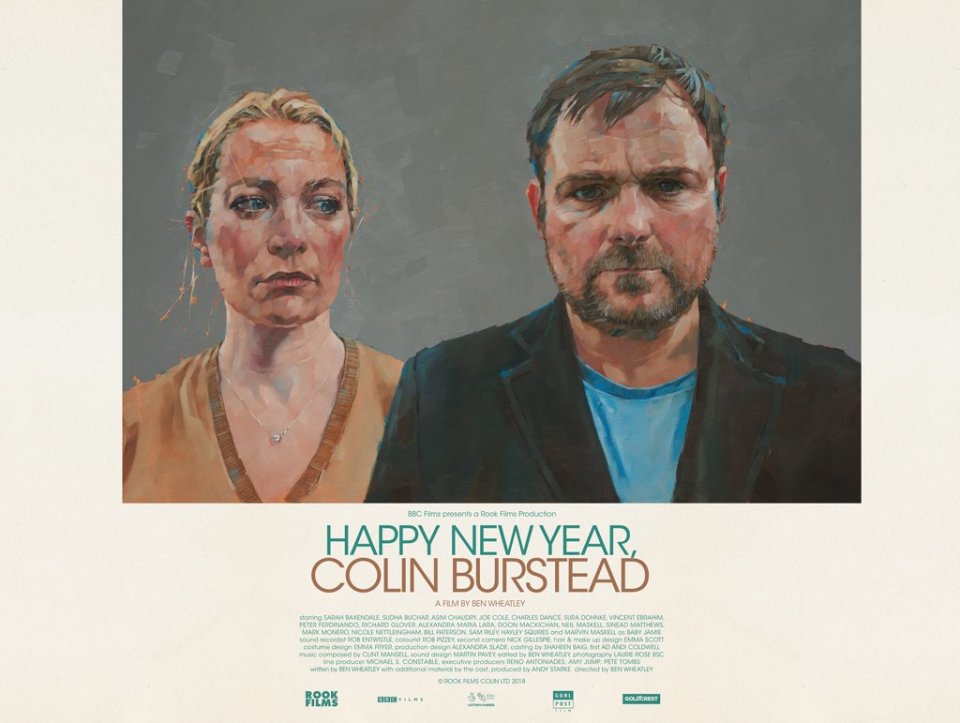 Admittedly I have not seen Hunter Killer, but as a viewer who is partial to both submarine movies and Gerard Butler’s recent(?) turn toward schlock, I fully intend to watch Gerry B. join the ranks of previous, thoroughly credible Scottish submarine captains. Even sight unseen, however, I can say with a high degree of certainty that this teaser poster is probably too restrained for the film it’s selling, and every one of Hunter Killer’s worldwide distributors seemingly shared this opinion: every subsequent poster I’ve seen added the faces of Butler and Gary Oldman, plus at least one explosion. 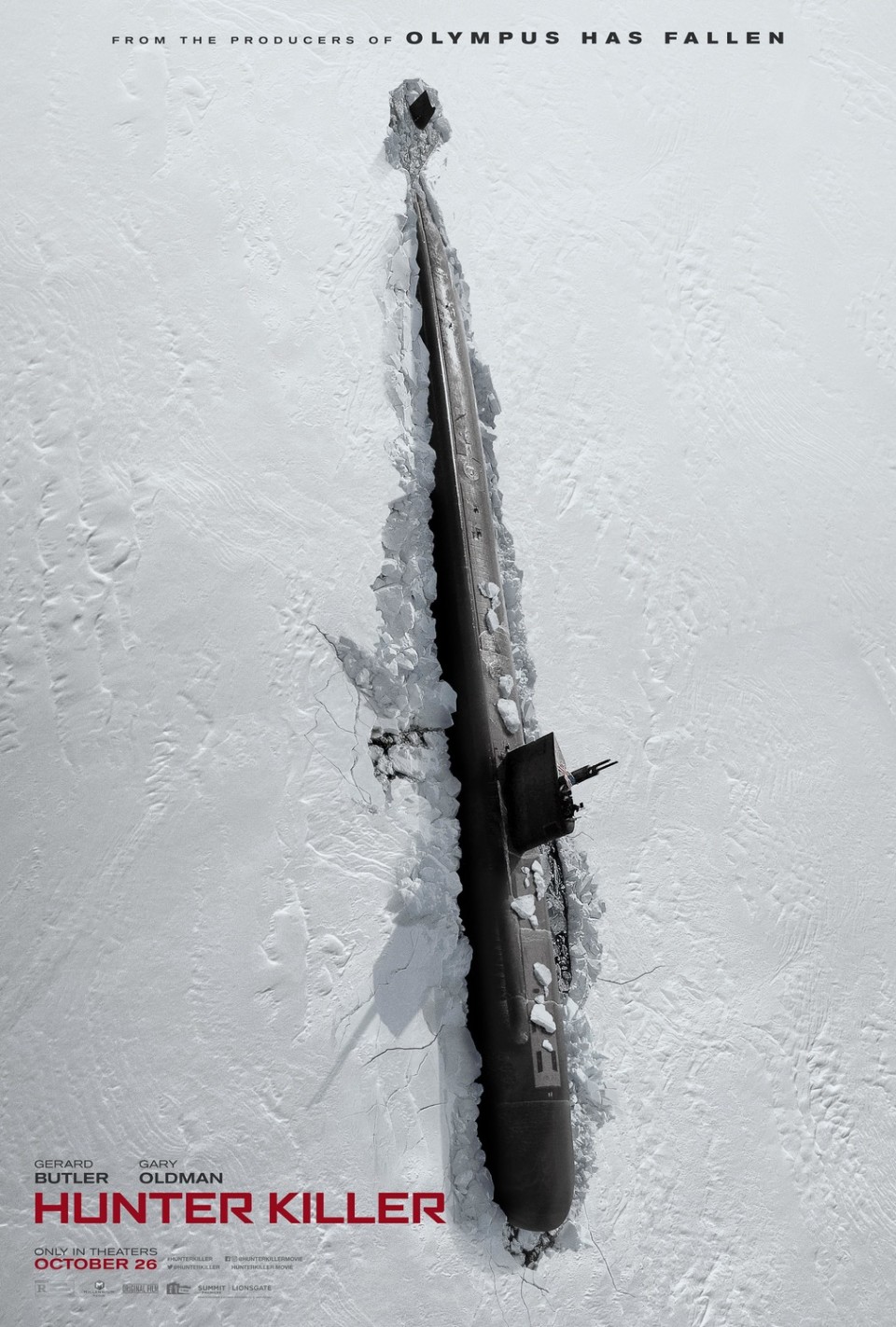 In recent years the films of Hirokazu Kore-eda have by and large received serviceable but unmemorable posters, so it was a pleasure to discover that the director’s Palme d’Or-winning Shoplifters was given such a beautiful treatment for its Chinese release. 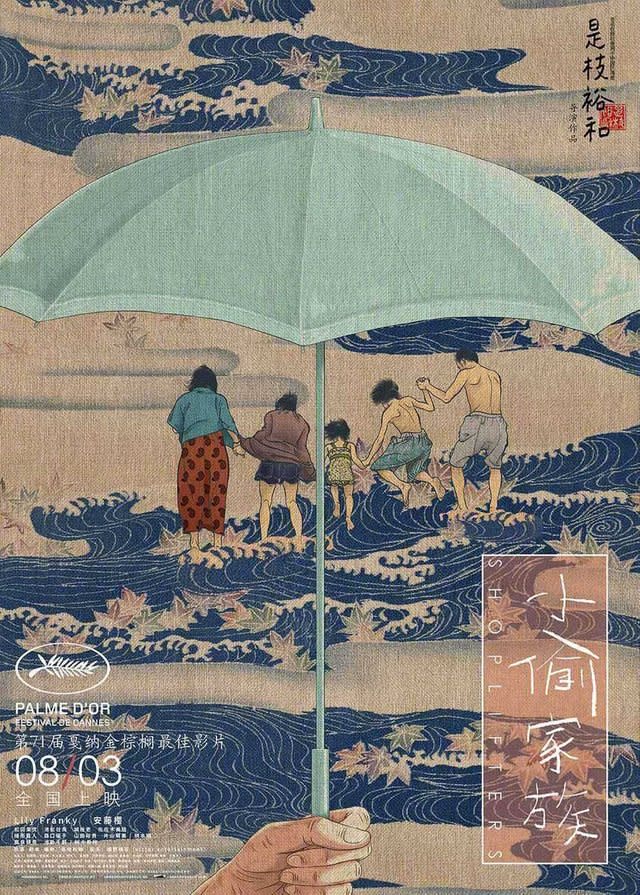 One of last year’s best films, Call Me By Your Name, introduced a creative new use of produce, and one of this year’s best, Skate Kitchen, allows the banana to showcase its unexpected versatility, performing double duty as both the all-female skate crew’s logo and as a pipe — proving, once and for all, that it truly is the best of all yellow fruits (tough break, pomelo). 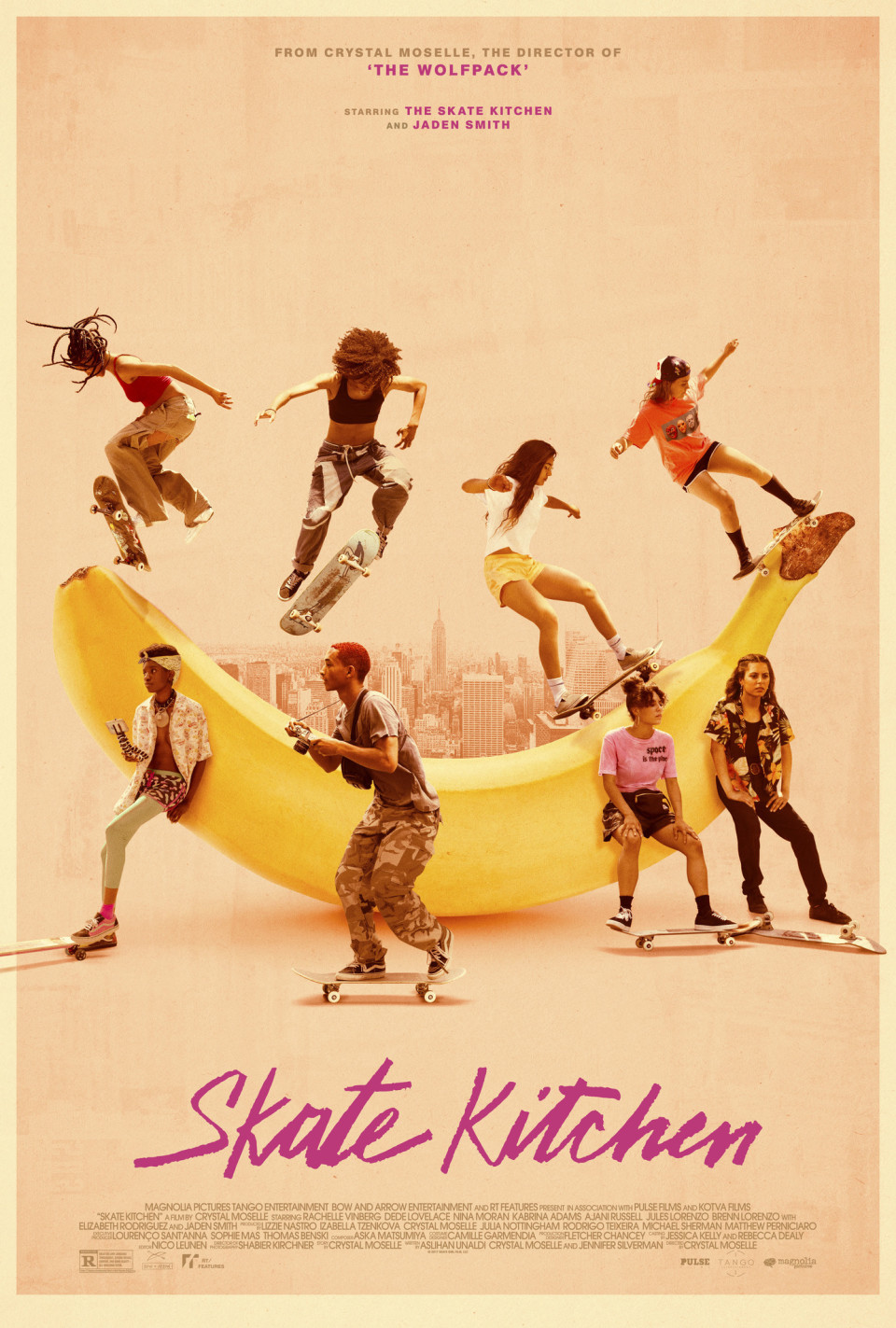 7. Best One That Got Away

Like Brandon Schaefer (see above), the designer known as Midnight Marauder could've filled half this list on his own, but of everything that he and his regular collaborator Tony Stella put their stamp on this year, it's this unreleased poster that I kept coming back to after MM shared it on Instagram months back. The King (the doc underwent a name change from Promised Land after this poster was created) charts the decline of Elvis to, among other things, the rise of Trump and the decline of the US as a world power, and this poster makes that connection implicit. Idle speculation here, but perhaps, unlike Universal's First Purge poster above, the filmmakers felt such an overt political statement might hinder their movie’s box-office performance. (The film's eventual poster featured a nice but infinitely less challenging silhouette of Presley straddling a backcountry road.) 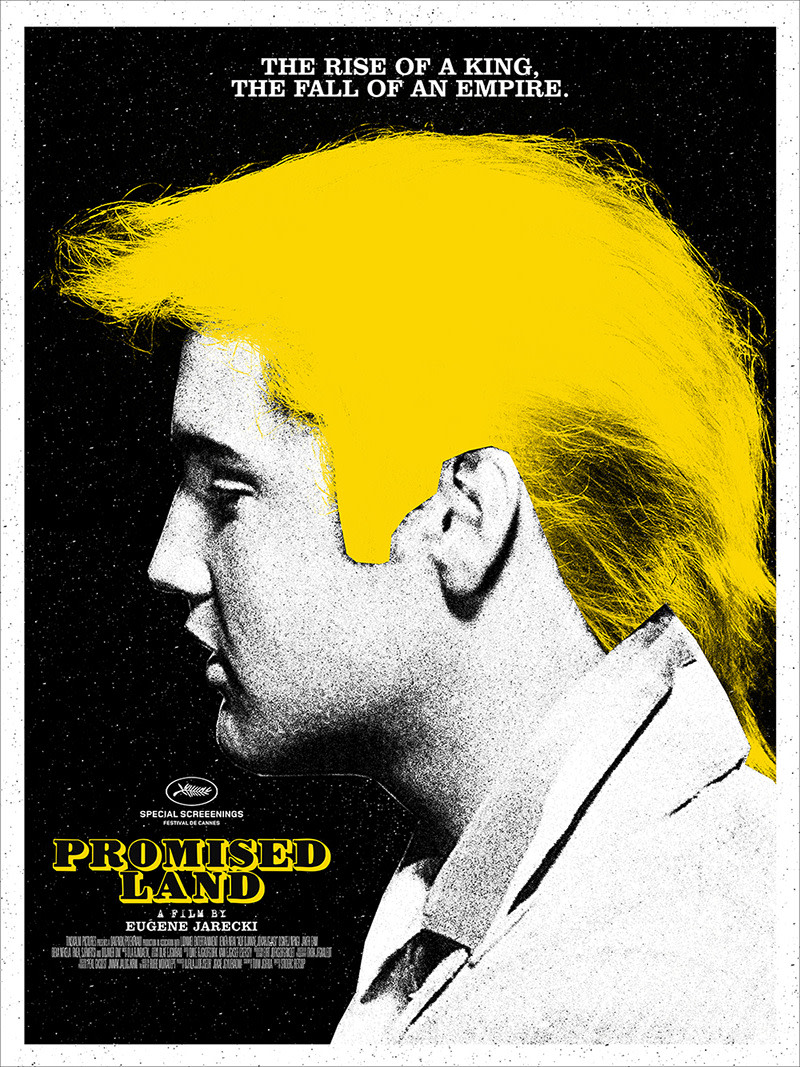 Austin-based Mondo are best known for their fan service, releasing untold limited-edition posters, soundtracks, and miscellanea for beloved pieces of pop culture from yesteryear. But they also commission their fair share of original artwork for first-run features, such as this stunning poster by Jay Shaw for Let the Corpses Tan. While the film's official poster accurately played up the film’s spaghetti western/grindhouse influences, this one suggests that there is more to the movie than Tarantino-lite pastiche, attracting filmgoers (like me) who may have passed on the film previously due to the pronounced pulp aesthetic. 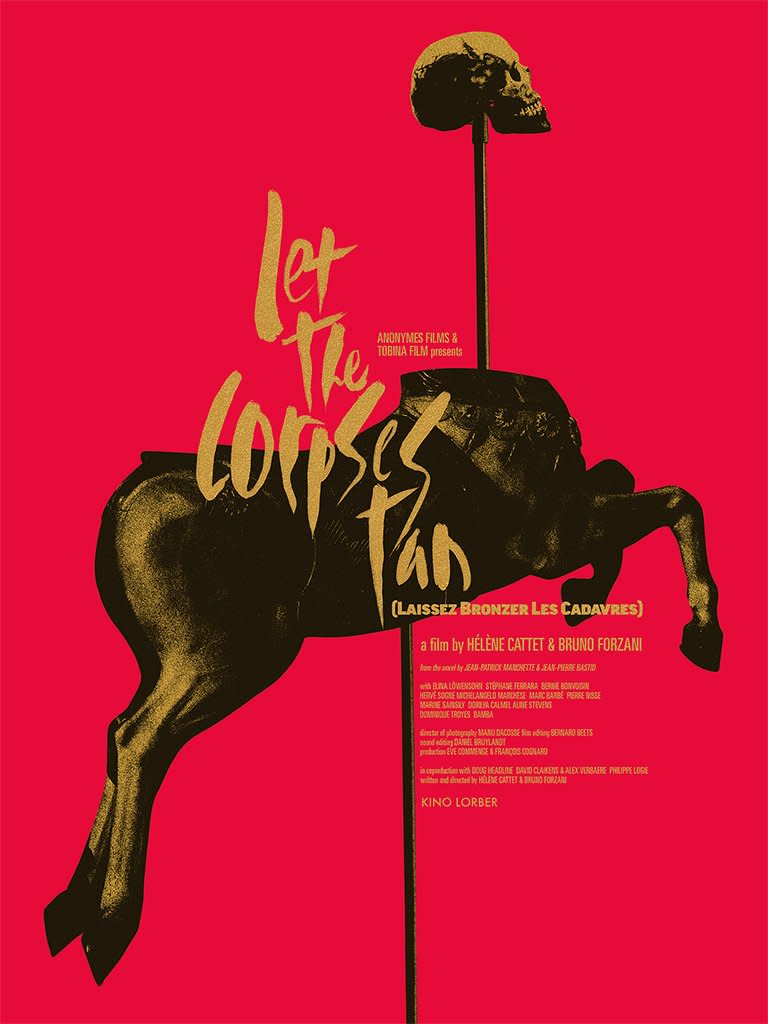 5. Best Use of Colour

Over the years, designer Sam Smith has become one of the most sought-after independent poster designers thanks to his deceptively simple yet impossible-to-emulate style. There isn’t much to be said about his poster for Carlos Reygadas' Our Time that hasn’t been better said by Smith himself, but it’s still a knockout. 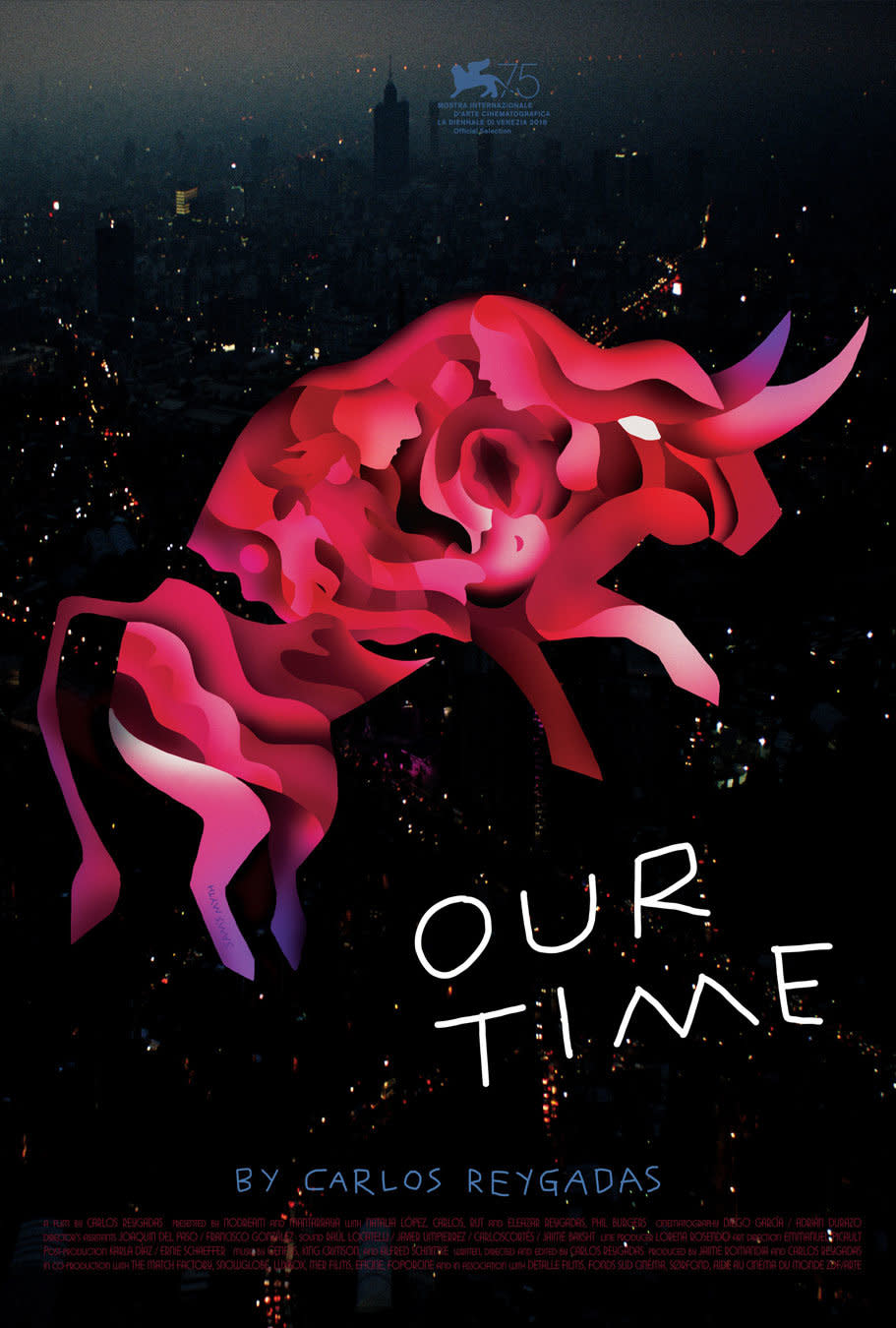 Argentine street artist Tutanka crafted this brilliant and apt collage for Felipe Guerrero's La película infinita, an essay film exploring an alternate history of cinema that is deftly cut together from fragments of other films. Scrubbed of its billing block, Tutanka's collage wouldn't look out of place on a gallery wall, but in the realm of cinema it achieves the ultimate feat for a movie poster: equally acting as an invitation to and a summation of a singular film. 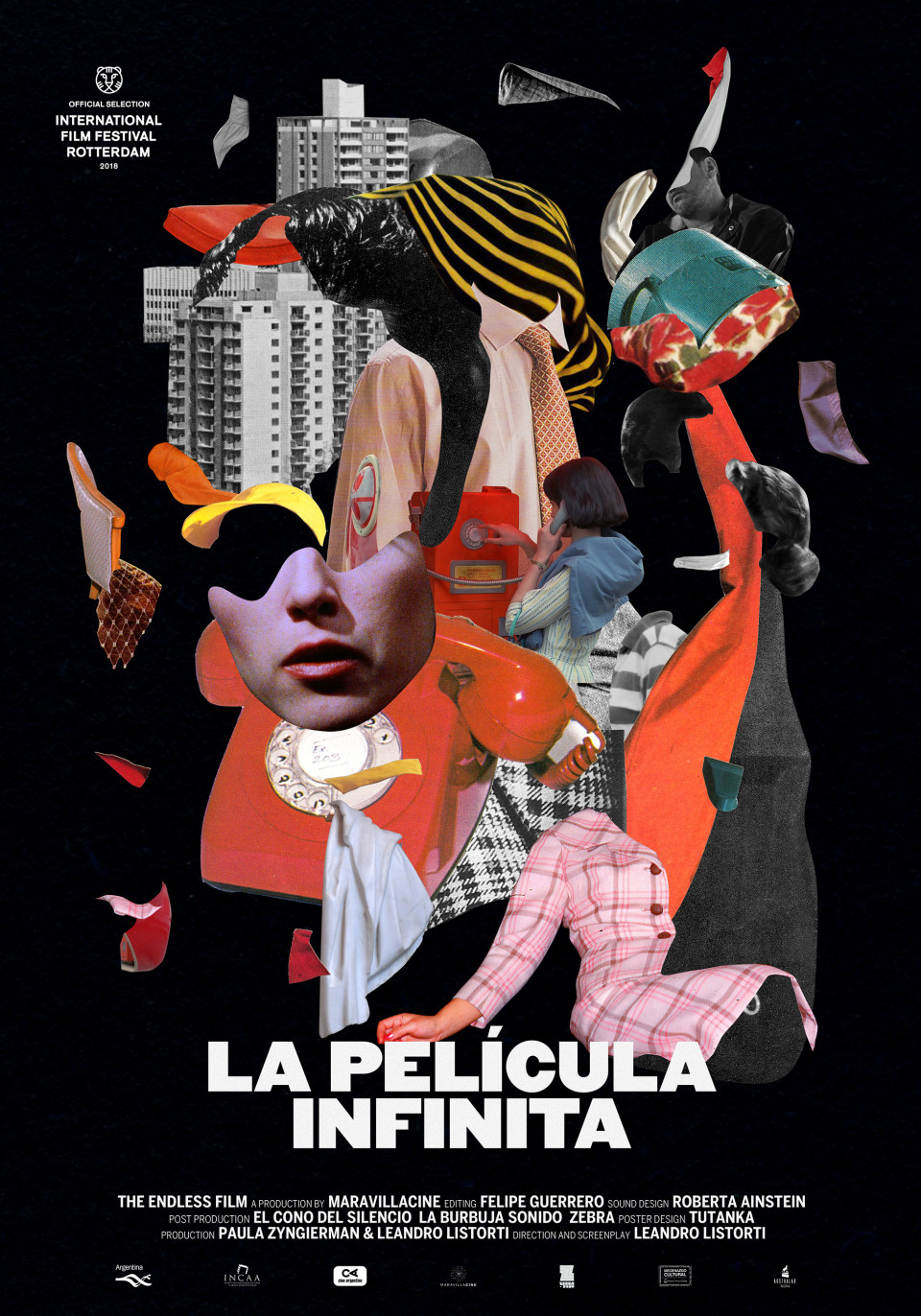 In a year filled with Avengers, Incredibles, Solos and Grindelwalds, the past 12 months have seen no shortage of character posters adorning transit shelters and multiplex walls. But of all these, Wes Anderson’s stop-motion dystopian dog dramedy Isle of Dogs offered the best use of the medium. Aside from the twee, take-my-money-please adorability of Anderson's pups, what elevates this set is that each poster suggests the character of each of these dogs (and people) rather than simply impressing upon us the scale of the cast (which, admittedly, this set also does). Perhaps it's the way they seem to be staring right into our souls, perhaps it’s the lack of explosions and other Photoshopped accoutrements, or perhaps I just don't appreciate grizzled Captain America as much as everyone else.

2. Best Use of a Film Still

“In the Realm of Perfection” is right. 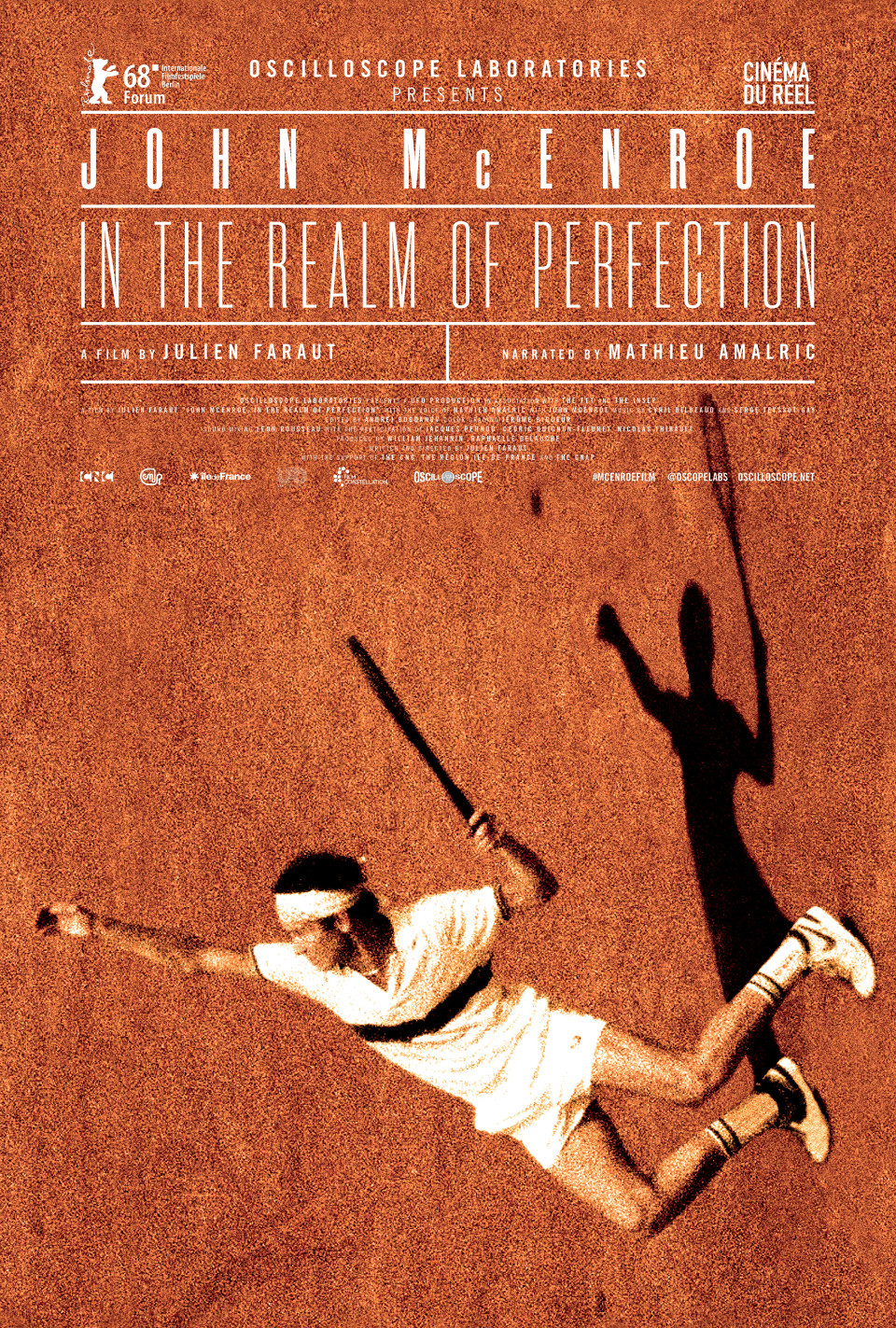 CheckMorris, John McEnroe: In the Realm of Perfection one-sheet (Oscilloscope)

If the principal purpose of a movie poster is to drum up interest in a film — and let’s say for the sake of simplicity that it is — no poster this year served this function better than the various one-sheets for The Meg. Each new ad for the Jason Statham-punches-a-shark movie amped up the hype, promising Chev Chelios levels of adrenaline for filmgoers of a certain ilk. If anything, these posters did too good a job, inspiring a level of hype that the (still very enjoyable) film couldn't but fail to live up to. Perhaps most astoundingly, the posters below were created by a variety of different design studios, proving that the right raw material can offer talented designers all sorts of playful possibilities to sink their teeth into. 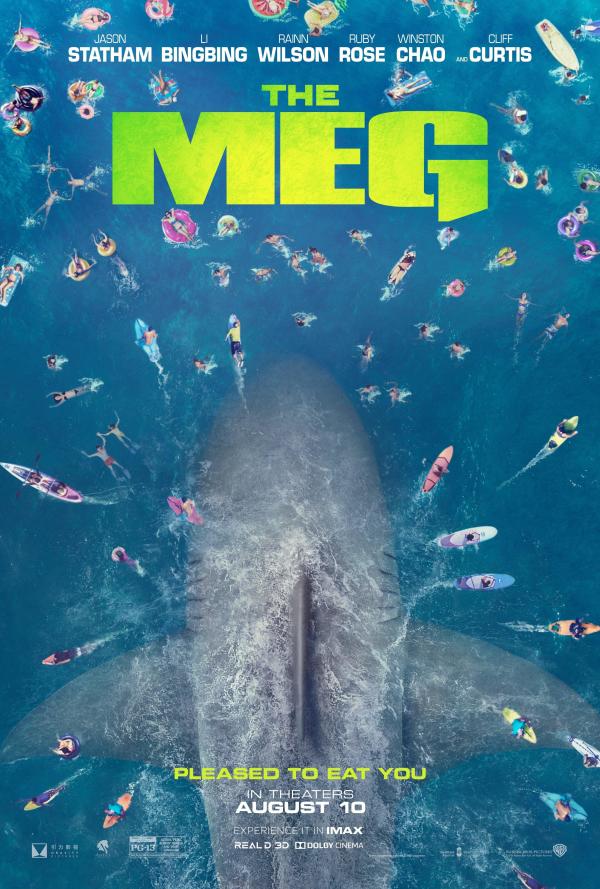 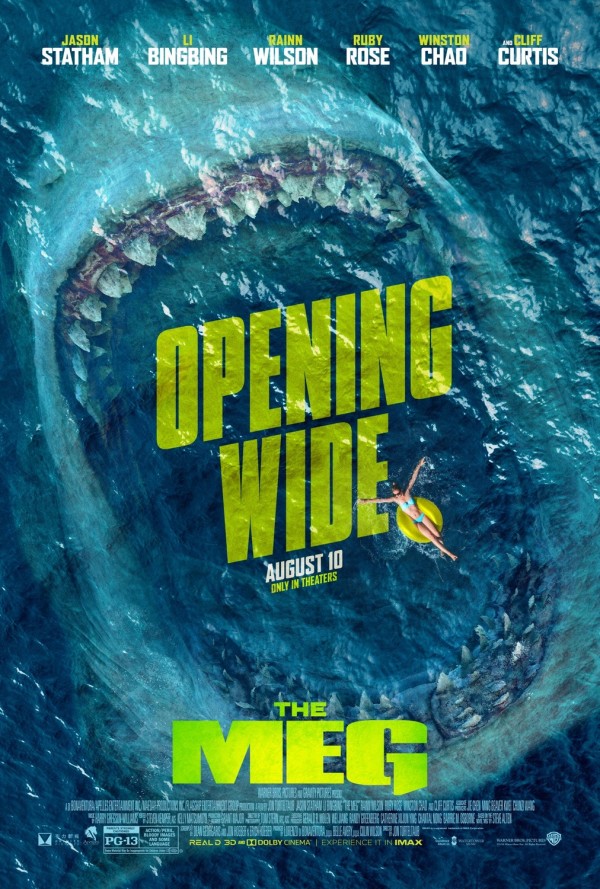 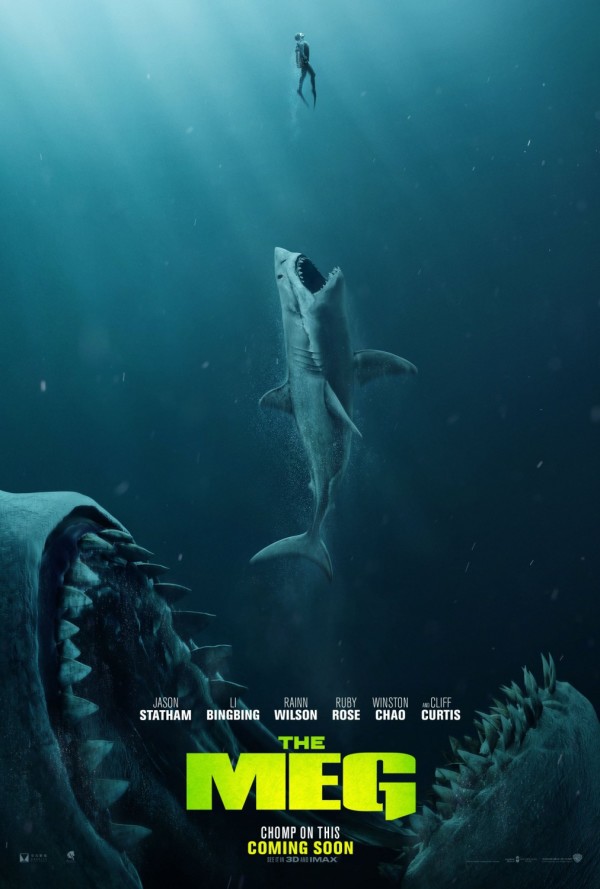 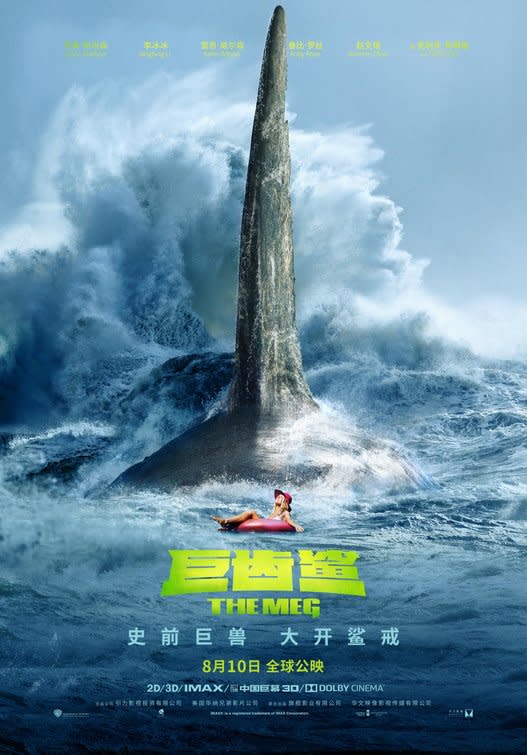 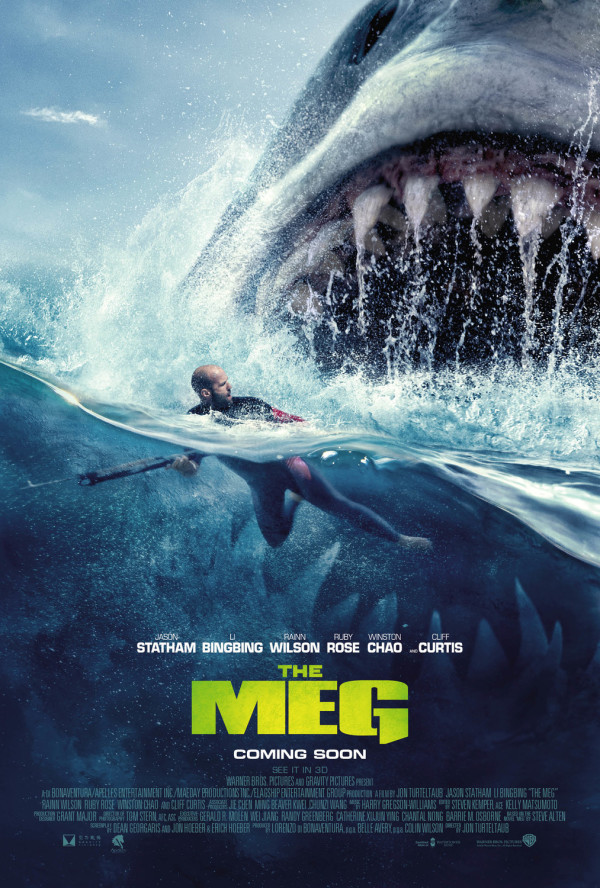 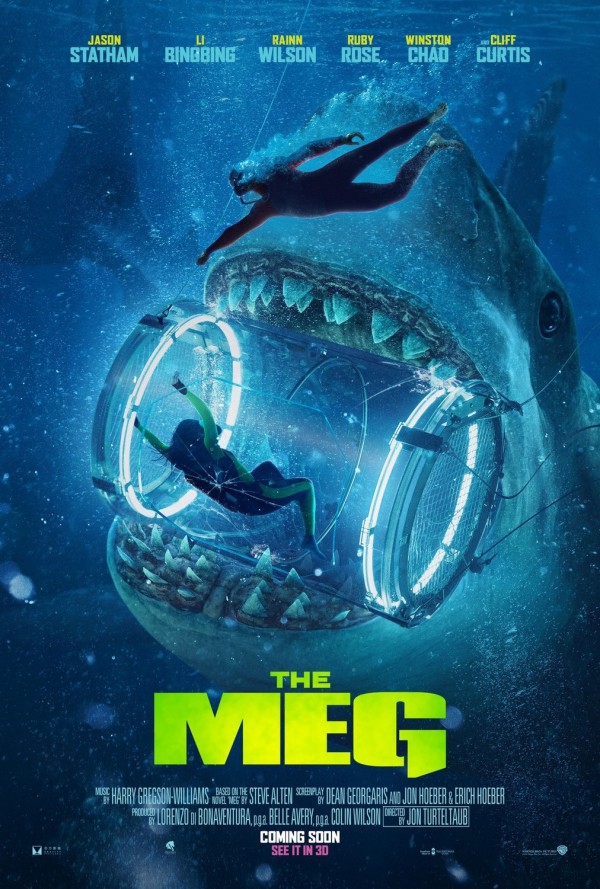 Branding Bergman — Part Two: The Janus Years and Beyond

The Hidden History of the *Jurassic Park* Logo