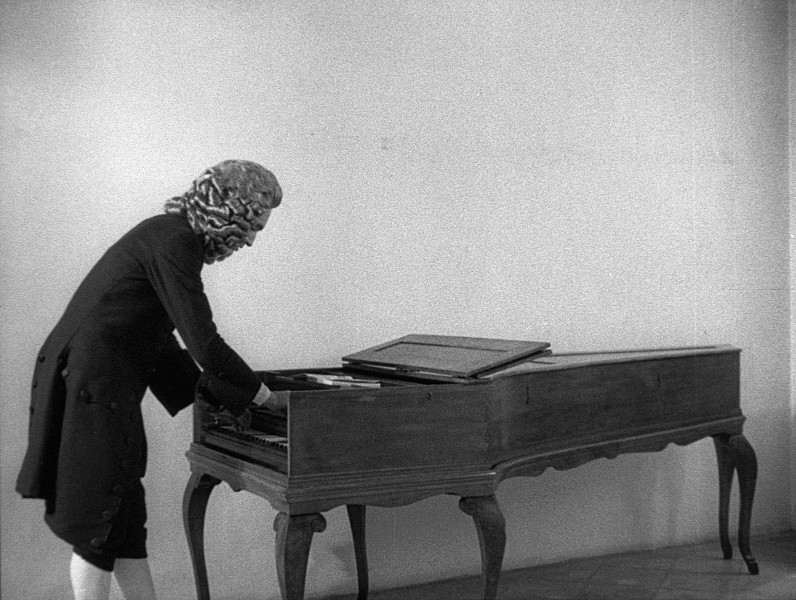 In his essay for the TIFF Cinematheque retrospective Not Reconciled: The Films of Jean-Marie Straub and Danièle Huillet, James Quandt writes that “Even the pair’s non-operatic films feel musically composed and delivered.” It’s an observation which Stanford University’s Erik Ulman echoed in a recent talk he gave at the UC Berkeley Art Museum & Pacific Film Archive. “One of the things that attracted me to Straub and Huillet’s work is that they are extraordinarily musical filmmakers,” says the composer and music lecturer, noting how the duo’s deep knowledge of music carries over into the way they compose both their soundtracks and their images.

Ulman’s short talk, generously provided to us by our friends at BAM/PFA, is a fascinating introduction to both Straub-Huillet’s essential early films Not Reconciled, Machorka-Muff and The Bridegroom, the Comedienne and the Pimp (screening this Saturday, March 4) and to the team’s cinema in general. Listen to it below:

Thanks to Erik Ulman and Kathy Geritz, Film Curator at BAM/PFA.