A film of modest means with a surplus of ingenuity, featuring shopping malls — in space! 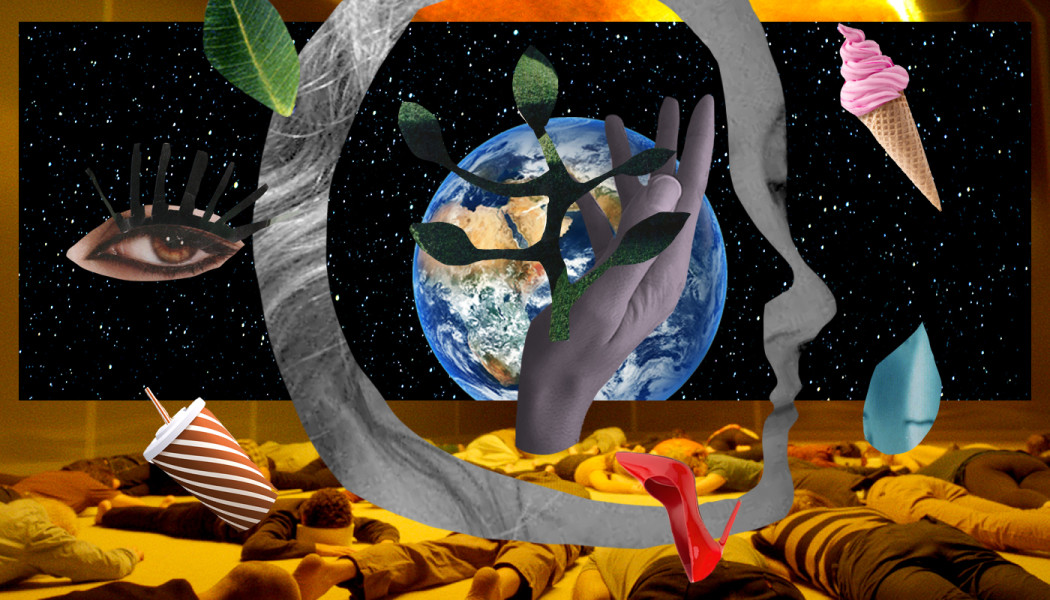 One of the more unique titles at this year’s Toronto International Film Festival is the science-fiction epic ANIARA, co-directed by Pella Kågerman and Hugo Lilja. Made with modest means and a surplus of ingenuity, ANIARA is based on a 1956 epic poem by Swedish Nobel Prize winner Harry Martinson and details what happens after we destroy our planet and seek refuge elsewhere. Harrowing and sobering in its portrait of what human beings are capable of, ANIARA constantly surprises. It’s part of a string of intelligent, off-genre pictures from Sweden — such as Ali Abbasi’s Cannes hit Border, also screening at this year’s Festival — which are built around issues and which ask probing, disturbing questions.

Kågerman spoke to us at TIFF about how to hack a Scandinavian ferry into a spaceship, and the challenges of filming a “no-set sci-fi” on a budget. ANIARA, a part of Discovery, will screen at the 43rd Toronto International Film Festival on September 7, 9, and 15. Tickets are on sale to TIFF Members as of September 1, according to level, and open to the public on September 3. 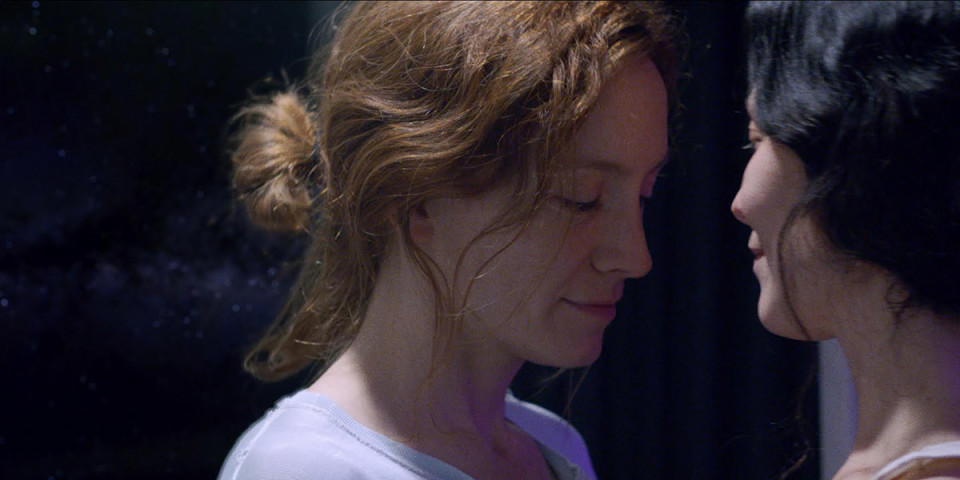 How did you find Aniara : En revy om människan i tid och rum, the poem that the film is based on?

In Sweden, it’s hard to not know about it. Harry Martinson, the author, was a Nobel Prize winner, and our parents’ generation was forced to read it in school. Even if you weren’t required to read it, you always knew about it. Several operas and plays have been based on it, but this is the first film adaptation.

What drew you to it?

I grew up with my grandmother, and she was very playful and interested in literature. We often role-played books we had read, even when I got older. We once went to see a play of Aniara, and the night after she got a stroke. I started to read the book aloud to her at the hospital. As she was getting better, we started to role-play it and pretend that the hospital was the spaceship Aniara, where every doctor and patient was its passengers. Granny herself played the role of the computer called Mima, and I think she did it really well — very confused and subtle. One funny anecdote from that rather sad episode was that Granny kept calling me “the Minister,” from another book we had read, so everyone in her ward thought I was a priest. (Laughs)

The film is very female-centred, which feels rare for a genre film. The action focuses on a woman and her relationship with another woman, and even her best friend, the Astronomer, is an older woman (another sci-fi rarity).

The main character’s gender is not one hundred percent clear in the book, although the assumption is, of course, a man. But we love our female lead and always had her in mind for the role. The Astronomer was probably supposed to be a man, too. That’s the character we have developed the most on our own, but she is also the one speaking most of the writer’s language.

There’s a lot of material in the film that feels very contemporary — particularly around the environment — for a story adapted from a 1956 publication. How much was changed from poem to film in the adaptation process?

It was all in the book, although the story took place in a far future after several new ice ages — that, we edited out. We wanted it to be set today. The book was written during the height of the Cold War, so there are a lot of passages that refer to nuclear bombs, which we didn’t focus on as much, even if it feels highly relevant again. The author himself called the book a “Cassandra prophecy,” and I think it definitely still is. 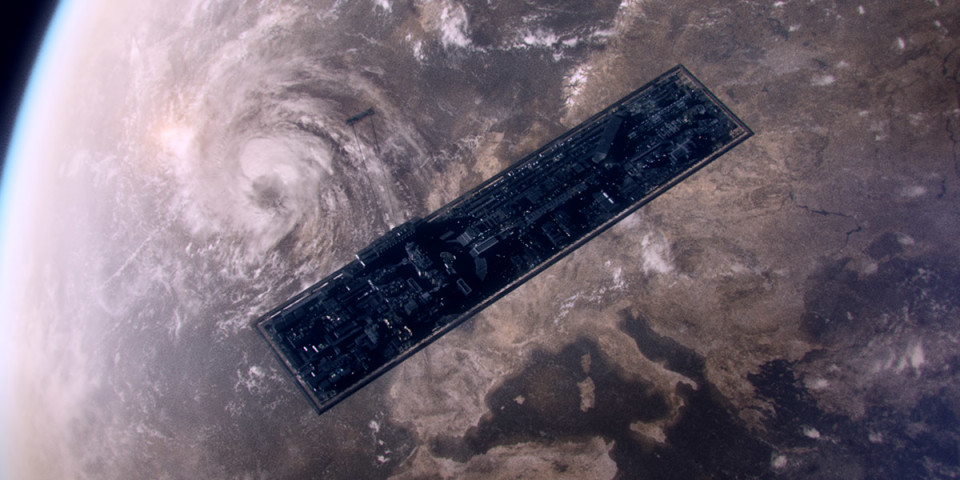 The film rather beautifully satirizes our lack of curiosity. I love the fact that the crew just abandons that obelisk when it doesn't do what they assumed it would.

I do believe that people, in general, are more curious than they are on-board Aniara, and sexually, there is still some curiosity left on-board, I must say... But as time passes by, the depressive numbness hits most of the people on-board. I guess curiosity, in some way, is closely connected to hope.

How did you approach creating the great sense of claustrophobia in the film?

We were depressed and used that! (Laughs) No, but to some extent we actually did. But practically, all the scenes in the pilot’s cabin are shot on a Scandinavian ferry, going back and forth between Stockholm and Åland, in a storm. It was claustrophobic — for real. After two days, everyone on the team couldn’t stand the buffet any longer. Imagine, then, to be stuck on Aniara for the rest of your life!

I love the set. It may be the best use of a shopping mall as a metaphor since the original Dawn of the Dead. What were the challenges of creating these sets and effects on a low budget?

To be honest, we couldn’t afford to do it the other way around and build everything from scratch. So we had this idea of a “no-set sci-fi,” where we avoided studio sets as much as possible. This was both a decision made based on our budget and an aesthetic choice.

Time also lays a carpet over everything we create; it’s unavoidable. For example, all the sci-fi films from the ’60s look very much like the ’60s, even if they’re trying to depict the future. It’s better, then, to be pragmatic and realistic. In our case, we really wanted to create a “here and now” feeling to the ship. We wanted it to feel familiar. If we were to emigrate in large scale to Mars today, we’re pretty sure that the ships will contain shopping malls, bowling alleys, and spas. 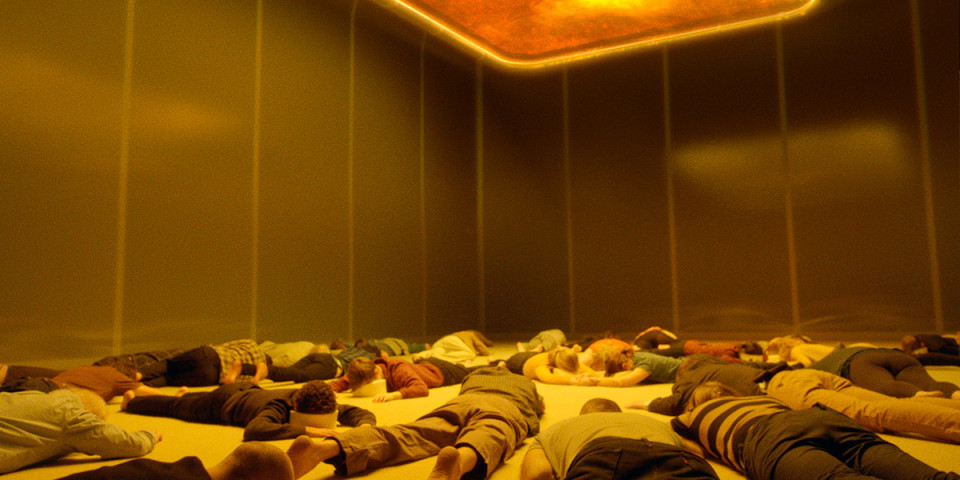 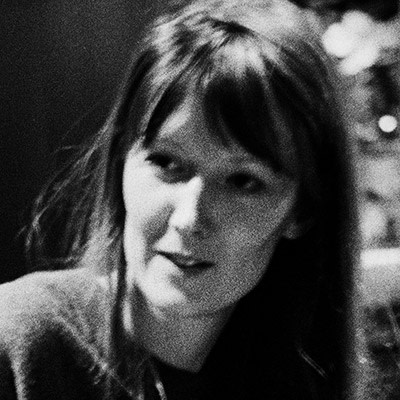 Pella Kågerman is a Swedish writer, director, and artist. She has directed the short films The Swedish Supporter (11), co-directed with Hugo Lilja), Stormakstiden (14), and The Swedish Empire (14). ANIARA (18) is her first feature.

Support filmmakers like Pella Kågerman by donating to Share Her Journey, TIFF’s commitment to increase participation, skills, and opportunities for women behind and in front of the camera.

Meet Sandhya Suri, the director of *The Field*