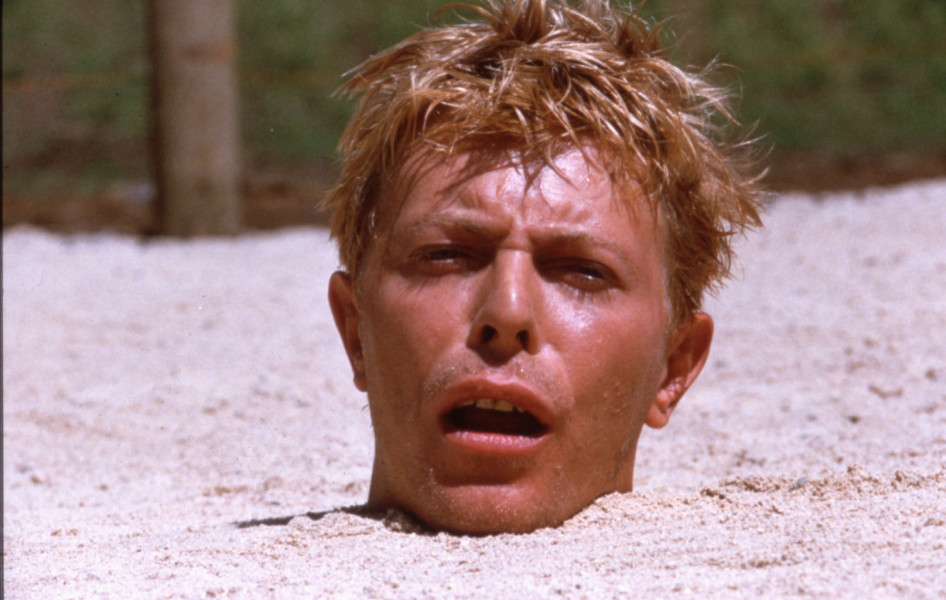 The Japanese New Wave rebel made movies to “burn the throat”

The fourth of several profiles of the great Japanese directors spotlighted in this season’s flagship TIFF Cinematheque programme Summer in Japan.

Shohei Imamura’s famous pronouncement “I’m a country farmer; Nagisa Oshima is a samurai” may be ambiguous in tone and intent (is it ironic, invidious, deferential?), but it emphasizes the pronounced differences between the two directors: class, stylistic, and otherwise. Often paired as twin avatars of the Japanese New Wave given the shared elements between them — an audacity both formal and social, a rejection of the refined tenor of traditional Japanese cinema, a propensity for mixing fiction and reality, and certain key themes (sex and criminality, the abuse and resilience of women, incest, the social fissures of postwar Japan) — Imamura and Oshima nevertheless can be construed as contraries, if not opposites. Where Imamura made defiantly “messy” and “juicy” (his preferred terms) films that celebrated the irrational, the instinctual, the carnal, squalid, violent, and superstitious life of Japan’s underclass, Oshima’s films are primarily ideational, probing, and controlled — which is not to say they are dry or cerebral. Even at their most complex, Oshima’s works exhibit such wit, beauty, furious invention and profound feeling that their conceptual gambits take on sensual and emotional force. They are less the product of a postmodernist sensibility than of a desperate intelligence: Oshima made films as if they were a matter of life and death. 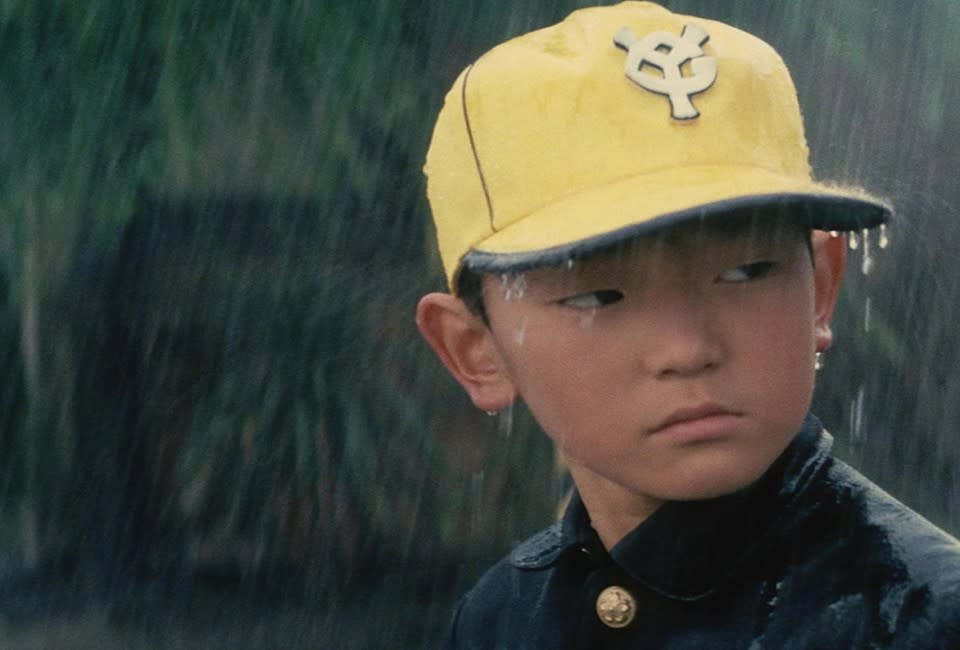 “I do not like to be called a samurai, but I admit that I have an image of myself as fighter,” said Oshima. “I would like to fight against all authorities and powers.” From his first film forward, Oshima was indeed a fighter, less a maverick than an insurgent, rebelling against every myth, tradition, and piety of Japan, Inc. So thoroughgoing was Oshima’s rejection of dogma that he even mocked his own allies, venting his bitter disappointment at the failure of leftist progressives to effect change by making Langian doubles of men who are actually ideological foes in the brilliant, acrimonious Night and Fog in Japan. Both men, Oshima implies, are impotent, too caught up in internecine skirmishes to attend to the real struggle for political change in Japan, to give voice and power to all those “left out” by the country’s postwar economic miracle, its stultifying political system and cultural conformity. 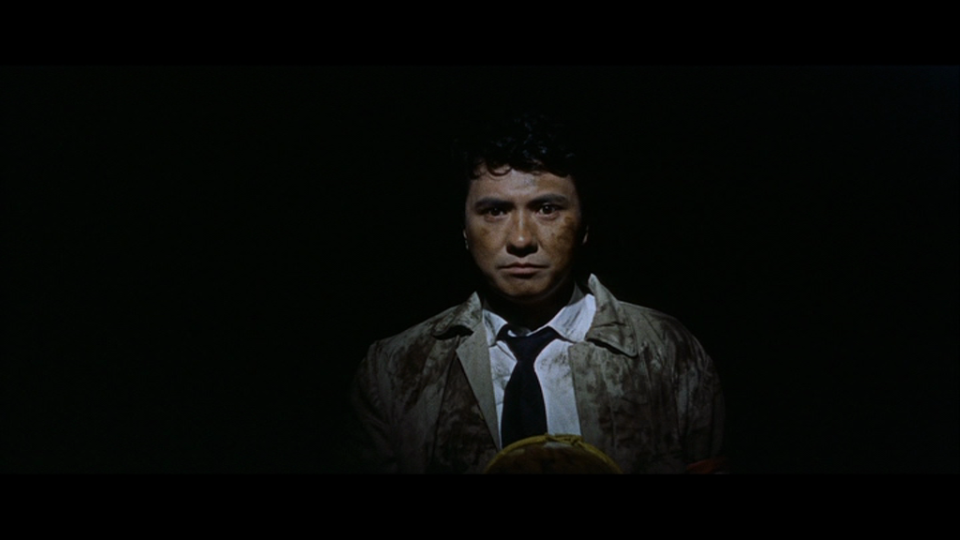 Oshima’s fierce determination to expunge from his own art the signifiers of that national obeisance led to his initial shunning of traditional shots of the sky or of people sitting on tatami mats, and, most famously, his banishment of the colour green from his films because of its association with nature, with the traditional Japanese garden and its proximity to the consolations of home. It was red that would become the marker of Oshima’s dire vision of Japan, not only in the motif of the Japanese flag that is repeatedly invoked and maligned in the director’s films, but also in the many objects keyed to carmine in his extravagant colour films. “The blood of this young boy dyes all of Japan red,” claimed the trailer for Boy, and the film itself is scored to scarlet throughout: the mother’s red sweater and dyed hair, the little girl’s red boot and forehead wound, and the ubiquitous Japanese flags and various other red objects given prominence in the Scope screen. 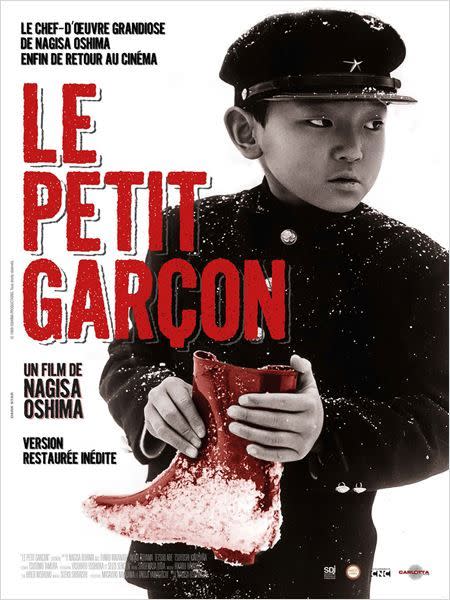 “I have to agree with someone like Ozu who said that he could only make ‘tofu’ movies,” Oshima told an interviewer. “Bean curd was the only thing he knew how to cook and so he could not make a ‘beefsteak’ movie.... I feel that what I’ve been doing in my films [is] something much closer to making sake. Sometimes my films approach the full blends and rich flavour that the sake should have, and at other times they’re very raw and [burn] your throat as it goes down.” More often than not, Oshima aimed for that latter sensation as he explored his principal concerns of sex, crime, and death, and his cardinal themes of human desire in conflict with social codes and strictures, of freedom sought through criminality, sexual abandon, or social revolution, of compulsion and stymied rebellion. Extremity defined Oshima’s vision, and his stylistics: Night and Fog in Japan was shot in only 47 long takes, while Violence at Noon employs over 2,000 edits; his earliest films were mostly shot in widescreen and colour, but he would readily retreat to the old-fashioned mode of black and white and the square 1.37 aspect ratio for others. “I always try to deny the style I used in a previous work.... I never make films in the same style,” Oshima told another interviewer, which helps account for his swing from Nick Ray histrionics or the kino-fist aesthetic of Sam Fuller in Cruel Story of Youth and The Sun’s Burial to the refined modernism of a Resnais or Antonioni in The Ceremony, from the stern alienation effects of Night and Fog in Japan to the pop-modernist playfulness of Three Resurrected Drunkards. 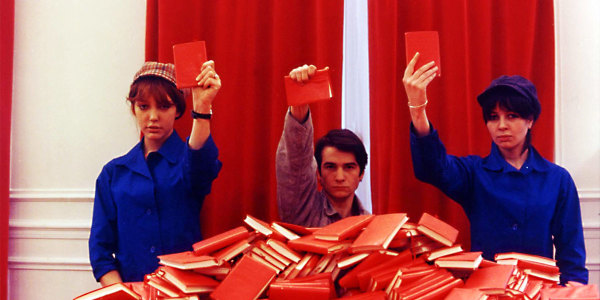 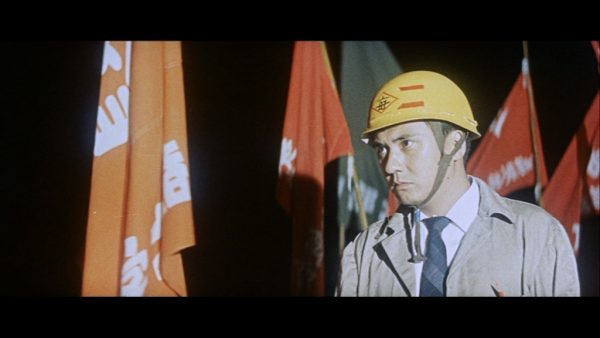 Just as he rejected the largely studio-created rubric of the Japanese New Wave, so Oshima chafed at the inevitable comparisons critics made between his films and Godard’s. Though he would politely respond to questions about the latter’s influence with evasive statements about shared enthusiasms and common concerns — and the pair of Night and Fog in Japan and La Chinoise alone makes those hard to deny — he eventually took to calling Godard “the Oshima of France” after one likening too many. The similarities between the two run to a substantial list but in hindsight Oshima seems to have as much if not more of an affinity with Fassbinder: not only in his prolificacy (his output in years 1960 or 1968 alone is prodigious), but also in his sometimes sentimental sympathy for outsiders (sexual, ethnic, and political), his development of a “stock company” of trusted actors and technicians, his use of Brechtian strategies such as the intertitles in Death by Hanging or the theatrical friezes in Night and Fog in Japan, and his acerbic view of human nature and how sex often subverts both emotion and politics. 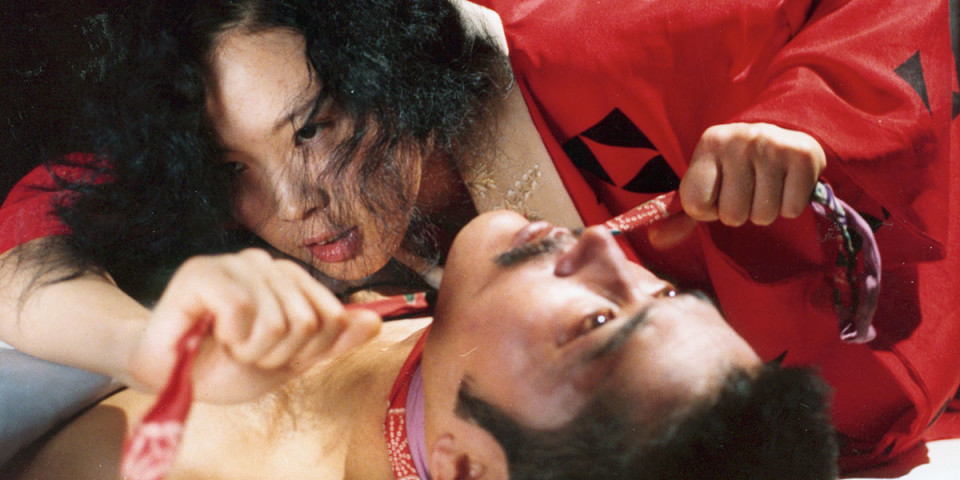 Although the director’s “international” period of the mid-’70s to the mid-’80s began with a bang with In the Realm of the Senses — a French co-production that became instantly notorious for its graphic, unsimulated sex scenes — Oshima adopted a more mellow modernism during this time, abiding by the tenets of “conventional” historical realism in the David Bowie-starring WWII drama Merry Christmas, Mr. Lawrence, taking on the suave tone of late Buñuel in Max, Mon Amour (which he co-wrote with frequent Buñuel collaborator Jean-Claude Carrière), and reviving the methods of the traditional Japanese cinema he once utterly abjured in Empire of Passion and his final film Gohatto. Critics have argued over whether Oshima remained an iconoclast or ultimately succumbed to nostalgia in his final films, but when one surveys a gay samurai epic (Gohatto), a brittle comedy of manners about a woman’s love affair with a chimp (Max, Mon Amour), and a legendary work of hard-core sexual transgression (Senses), it’s a little difficult to cast Oshima as a Mizoguchi manqué. Perhaps Oshima provided the clue for this transition: he once commented that, along with sex and crime, love became the third element in his cinema.

This article was adapted from a longer essay for TIFF Cinematheque’s Nagisa Oshima retrospective in Fall 2008.

Discovering the Poetry of Yasujiro Ozu, or I Also Wrote, But…