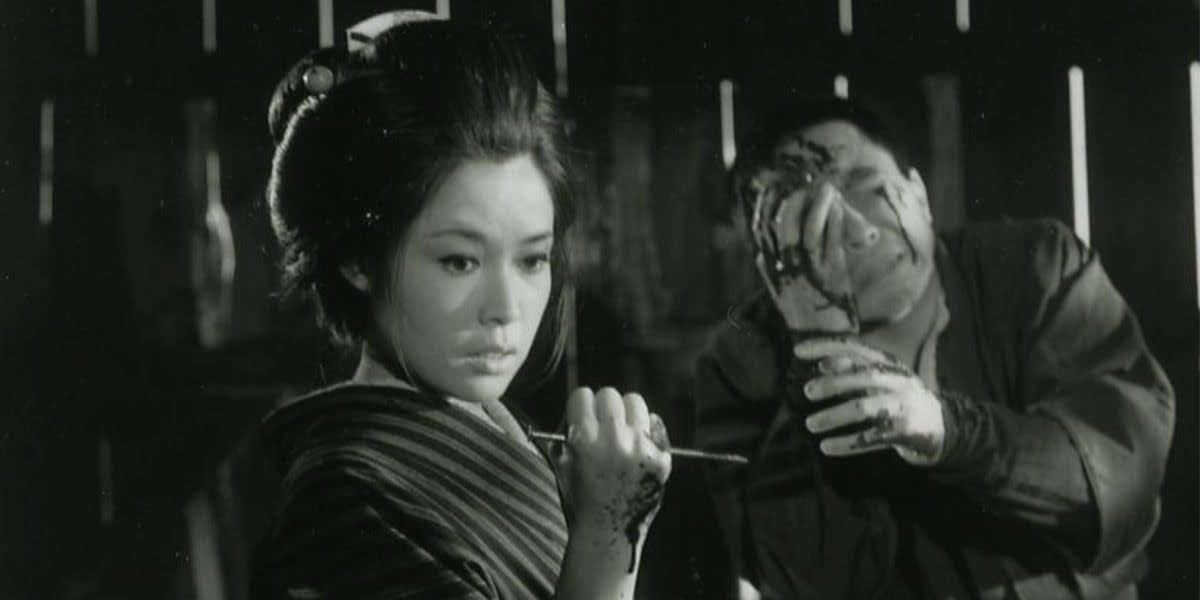 The seventh of several profiles of the great Japanese directors spotlighted in this season’s flagship TIFF Cinematheque programme Summer in Japan.

Long neglected in the West, Yasuzo Masumura introduced European modernism to the Japanese cinema and was to the Japanese New Wave what Jean-Pierre Melville was to the nouvelle vague: godfather, groundbreaker, iconoclast, inspiration. An assistant to Kon Ichikawa and Kenji Mizoguchi, Masumura was groomed by his studio to follow in those masters’ footsteps, but instead struck out on his own rebellious course. Ranging from the Tashlinian delirium of Giants and Toys to the stringent elegance of The Wife of Seishu Hanaoka and A Wife Confesses, from the political critique of A False Student to the Seijun Suzuki-like yakuza thriller Afraid to Die, from the erotic exhilaration of Seisaku’s Wife and Manji to the sexual extremities of Red Angel, his work is distinguished by an idiosyncratic sensibility and style and an unfailing nerve. 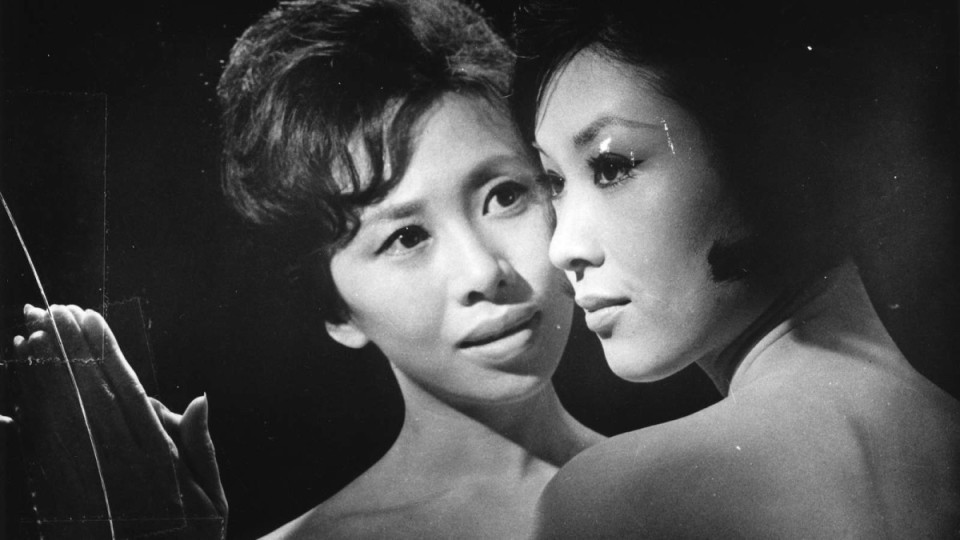 An intellectual renegade, Masumura studied both law and literature at Tokyo University (where he befriended classmate Yukio Mishima, who later starred Afraid to Die), and finished his thesis in philosophy on Kierkegaard as he began his career as an assistant director at the Daiei studio. Drawn to Western ideas of existential individualism and socialist liberation, Masumura readily accepted a scholarship to study for two years at the Centro Sperimentale Della Cinematografia in Rome, where his teachers included Visconti, Fellini and Antonioni. Masumura returned to Japan convinced that Japanese society and (more realistically) Japanese film must change. “Breathing the air of Europe, I felt for the first time that I knew the meaning of the word ‘human,’” he wrote. “There is a secret song that lies unvoiced in the heart of every Japanese that I want to express in my films with a boisterous, even lunatic, cry.”

This was no naive cri de coeur: Masumura was determined to destroy the traditional Japanese film, which he thought was moribund, pre-modern in its fealty to literary sources and forms, its characters defined by resignation, suffering, self-sacrifice, and submission to the collective. Rejecting the emphasis on “emotion,” humanism and “atmosphere” of traditional Japanese cinema and spurning the formal classicism of Ozu, Masumura argued for a new subjectivity, energy, individualism, and narrative models that would both encourage and reflect personal liberation. In his first film, Kisses (1957), he imported the pacing and the narrative and figurative innovations of contemporary European cinema into Japanese film, creating what many now view as the precursor of the Japanese New Wave. That “movement’s” most famous figurehead, Nagisa Oshima, once famously declared that, with Kisses, “I felt now that the tide of a new age could no longer be ignored, and that a powerful, irresistible force had arrived in Japanese cinema.”

As is often the case, the herald of this new age was frequently engulfed in controversy. As a critic of Japanese modernity and its “image culture,” Masumura was inevitably reproached for complicity in the very economic and social systems he condemned. For example, his film The Black Test Car, which critiqued the corruption of corporate, consumerist culture, became so popular that the Daiei studio quickly turned out ten sequels, some of which Masumura directed; and as the Japanese New Wave emerged in his wake, opposing the monolithic studio system of film production, Masumura continued to make commercial films for Daiei. Much as Godard first championed and then repudiated Melville, Oshima was later to chastise Masumura for his anti-traditional, Eurocentric attitudes; and other critics, many of whom initially admired Masumura’s audacity, accused him of extremism in his increasingly drastic critiques of postwar Japan. 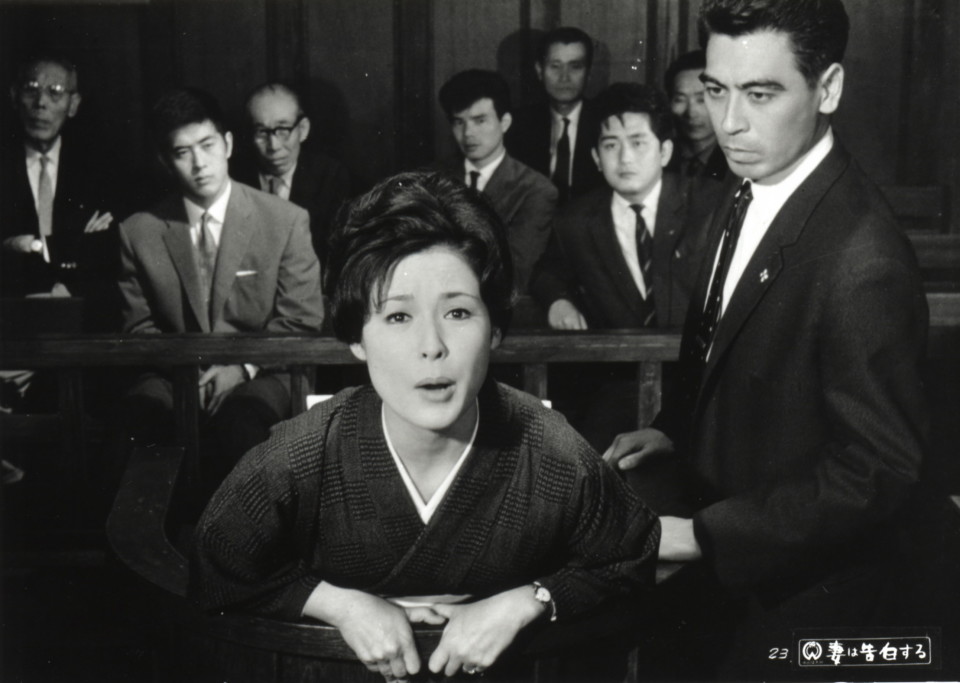 Ayako Wakao in A Wife Confesses

Masumura’s critics have tended to focus on the egregious and outrageous in his cinema — the term “ultra-modernism” was coined to describe the frenetic pacing, eccentric compositions, and ironic use of colour and design that distinguished his work — slighting the elegant, literary films he made in the ’60s, many of which are as rigorous and refined in their artistry as Kon Ichikawa’s. Though initially identified with the “masculine energy” of the ’50s modernists in Japanese cinema, Masumura went on to make as many women-centered films as Mizoguchi; and, just as Mizoguchi’s oeuvre became synonymous with his frequent star Kinuyo Tanaka, so too did Masumura’s cinema become identified with a formidable performer: Ayako Wakao, who had major roles in Mizoguchi’s A Geisha and Street of Shame before becoming Masumura’s ur-actress. The similarity ends there, however, as Wakao’s variously desperate, obsessed and/or murderous women are a far cry from the self-sacrificing heroines of Mizoguchi’s cinema. 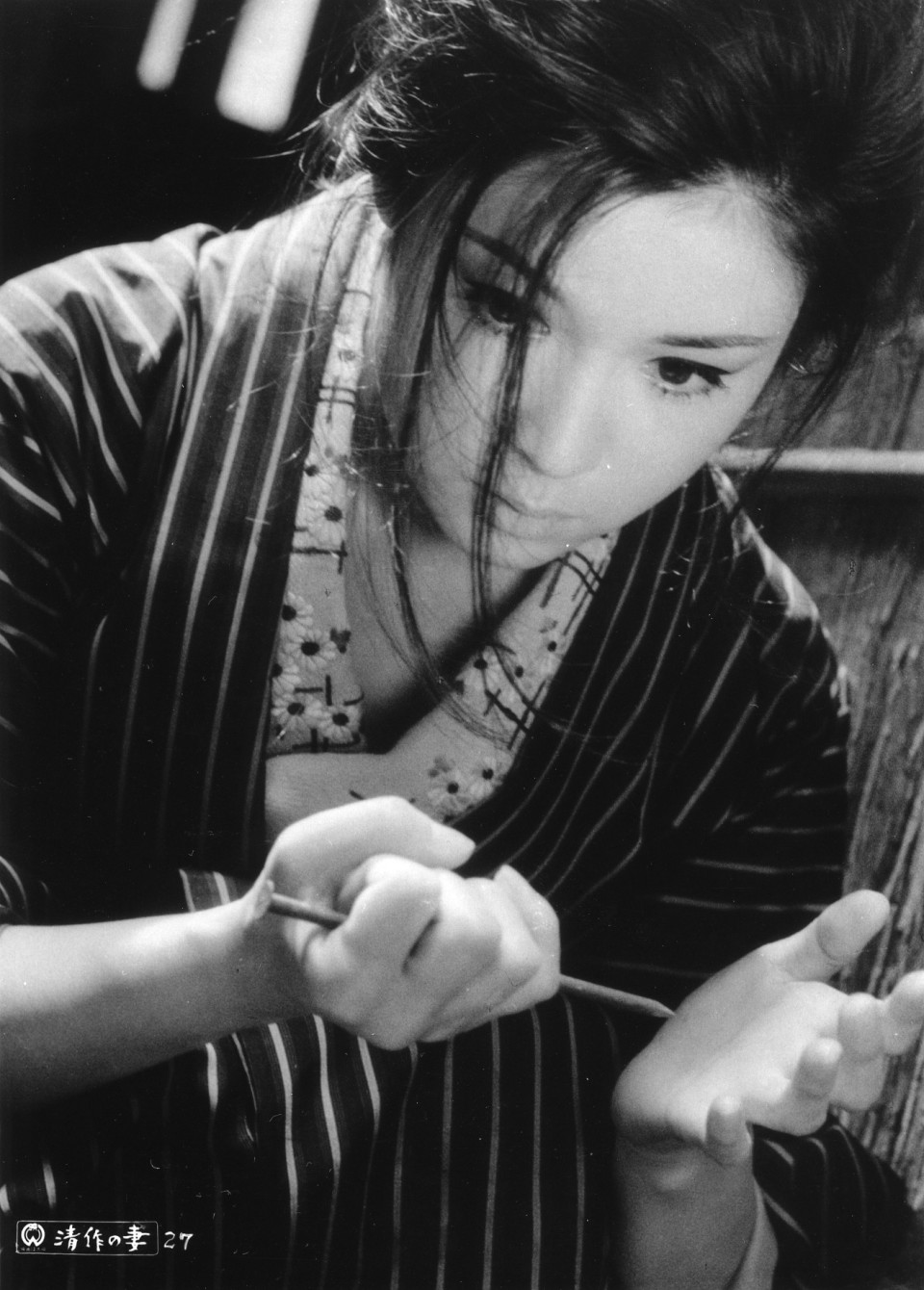 The eclecticism of Masumura’s career is an impediment to auterist analysis, but one can certainly sense the same intelligence, the same rational, compassionate, pessimistic spirit behind each of his films, as different in tone, style and genre as they often are. That Masumura is belatedly receiving his due as a seminal figure of postwar Japanese cinema is a triumphant sign that a director’s work need not be a “unified field” to be recognized for its force and importance.

This article was adapted from a longer essay for TIFF Cinematheque’s Yasuzo Masumura retrospective in Winter 1998.

The Odd Obsessions of Kon Ichikawa

Woman in the Dunes