Making film as an affirmation of life 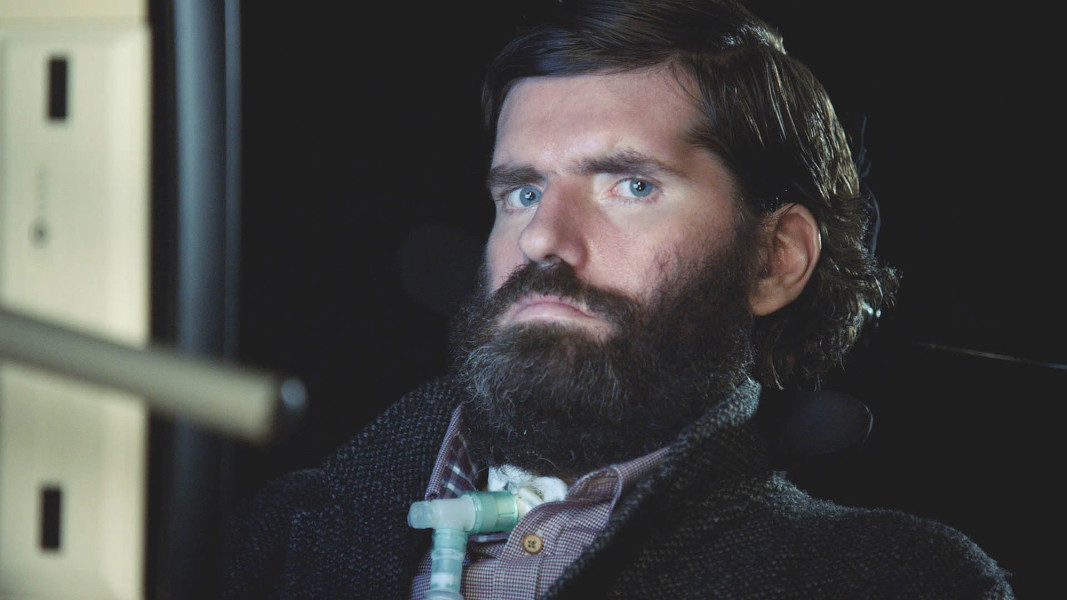 Irish filmmaker Simon Fitzmaurice, whose first feature My Name is Emily screened at TIFF ’15, has died at the age of 43. The award-winning writer-director was diagnosed with motor neuron disease (MND, more commonly known as Lou Gehrig’s disease or ALS in North America) in 2008, when he was 33 years old, and was given four years to live. In the time since that diagnosis, he not only wrote and directed My Name is Emily, but also fathered three children, wrote a memoir about his experiences titled It’s Not Yet Dark, and starred in a documentary feature of the same name.

TIFF’s Executive Director and Chief Operating Officer Michèle Maheux, who programmed My Name is Emily for the Festival, and David Vella, Director, Board and Executive Relations, who got to know Fitzmaurice during his time at the 2015 Festival, share their thoughts on his legacy below.

"I first saw My Name is Emily in the spring of 2015 in Dublin on my regular screening trip for Irish films. I was charmed by the road movie-meets-caper film premise and the performances of the cast. And of course I was curious about the evolution of the film itself — written, developed and directed by Simon Fitzmaurice, who at this point was in year seven of living with MND.

“I saw the film again at the Galway Fleadh that summer, and watched as Simon was rolled onto stage for a post-screening Q&A on opening night. There was not a dry eye in the house as we rose to our feet to applaud this superhuman accomplishment. We know how hard it is to bring a film to life on screen. And to do it while battling an incurable disease, confined to a wheelchair, commanding a crew and set with literally the blink of an eye — unfathomable. Yet here he was.

“I knew the Toronto festival audience would connect with the film, and we were thrilled when producers Lesley [McKimm] and Kathryn [Kennedy] accepted our invitation to show the film at TIFF, and advised us that Simon wanted to come to present the film. I remember the filmmakers' dinner where a gaggle of directors were hovering near Simon, and finally Gaspar Noé asked me who he was — "What's his story?" — and one by one they timidly approached Simon to chat. And I remember when Simon told his ever-present care team, including his lovely wife Ruth, that he was ready for a dram of whiskey to join the party!

“I am so moved by the strength Simon showed us all, and in the short time I've known him I've been inspired by the drive that kept him focused on making one more film, writing his memoir, and being so present for his family and colleagues. To me, that was transformative. We'll miss you, Simon."

"Our lives are not the legacy we leave behind, or the value of the work that we do. Our lives happen in between the deeds and ideas that define us."

Simon Fitzmaurice, It's Not Yet Dark

"I have been fortunate over the years to do a number of intros and Q&As during Festival, and friends often ask if I have a favourite, special Festival moment. Since 2015, after TIFF premiered My Name is Emily, my answer to that question is always the same: meeting Simon Fitzmaurice.

“My introduction to Simon was over email, preparing for his visit to TIFF. Simon has had to live with MND (or ALS) for almost a decade now, and could only communicate verbally through a machine that he controlled with his eyes. To facilitate the Q&A, we talked about having prepared questions so Simon could have time to formulate his answers. Spending time over email with Simon doing this, I soon learned that he may not be able to talk out loud, but this man sure knew how to speak — and joke, and just have fun. We connected immediately.

“Simon not only could speak through film, but this man could write. I read his memoir that summer to prepare for his visit, and was moved reading each page. He led an incredible life, and continued to do so after the book. Imagining the tenacity and courage it took for Simon, while suffering from MND, to not only make his film but to put to paper this very personal account of his life... It left me speechless.

“To Lesley and Kathryn, who produced My Name is Emily, and Frankie [Fenton], who tells Simon's story in his documentary of the same name as Simon's book, thank you for introducing us in Toronto to this man. To his incredible partner Ruth, their five beautiful children, and all of Simon's family, thank you for sharing him with all of us. And Simon, dancing now I'm sure, thank you for giving us so much of yourself.”

Crying at the Movies: Ireland

Crying at the Movies: Kingston

*River of Grass* Finds a Road in Reluctance