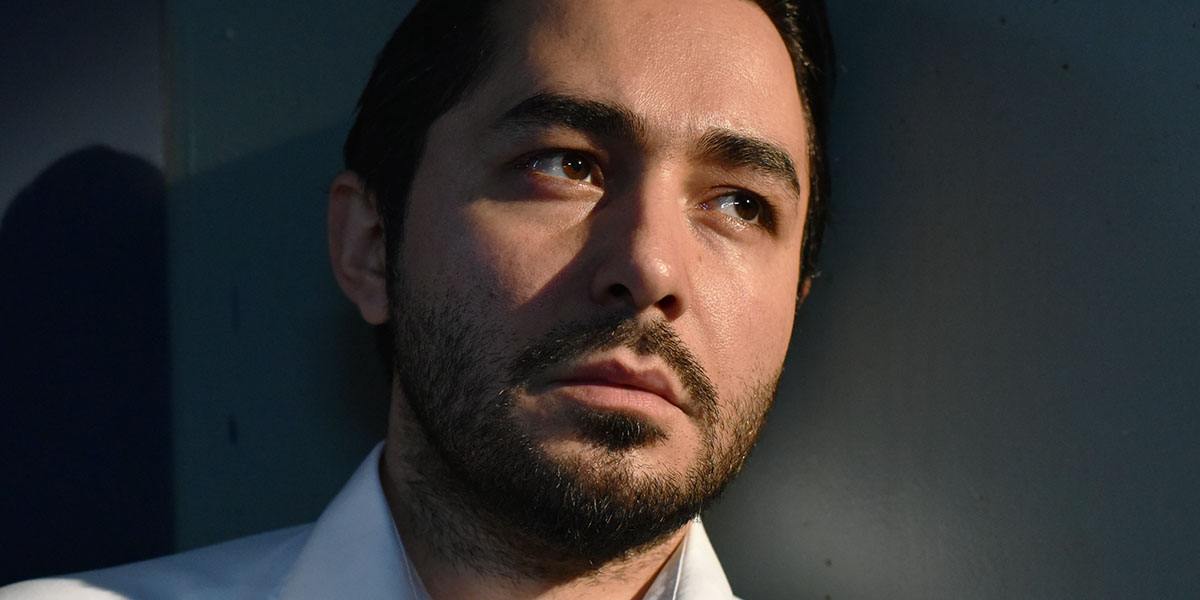 "It's just a human story"

An interview with Sherwan Haji, the Syrian star of Aki Kaurismäki’s affecting new film, The Other Side of Hope

__Watch a humane comedy about the Syrian refugee crisis by Finnish master Aki Kaurismäki. The Other Side of Hope opens at TIFF Bell Lightbox on December 8. __

Over the last few years, the plight of refugees and refugee stories have been omnipresent. In the West, there are usually two types of narrative, depending on who’s telling it. Either it's a feel-good story of a refugee who overcomes insurmountable obstacles to find acceptance and a new life in a new land, or (depending on your news source) a story of refugees who only come to the West to leech off our good fortune and goodwill. While one type is clearly more harmful than the other, as the child of refugees, I’m hard-pressed to see a reflection of the average refugee experience I’m the most used to. It’s one that can be at once sad, funny, human, and even sometimes mundane.

The Other Side of Hope, which was written and directed by Finnish cinema legend Aki Kaurismäki, tackles the refugee experience by presenting it as a human experience rather than as a sob story. The movie follows former mechanic Khaled (Sherwan Haji), who, after his entire family dies in an airstrike, leaves his home in Aleppo alongside his sister (who is lost along the way), only to end up accidentally in Finland. When we first see Khaled, he is covered in soot from being transported on a coal ship. Calmly, he goes to a public shower, cleans himself up, and turns himself over to the local police department to seek asylum. It appears to be a sight that the local authorities are getting used to.

From there, we see the calm and quiet Khaled go through the motions of seeking asylum in Finland, while also learning more about how he ended up there in the first place. His story parallels that of an old Finnish man named Wikström (Sakari Kuosmanen), whose marriage has ended. After selling his business and earning money by gambling, Wikström ends up purchasing a rundown restaurant — also seeking a new beginning. Their stories begin to converge halfway through the movie.

Based on this description, The Other Side of Hope probably sounds like the feel-good refugee narrative we’re accustomed to — only it’s not. Most good things happen by chance, or without explanation. There’s very little that’s meant to be uplifting about this movie, and I mean this in the best possible way. Khaled is tired and broken from his journey. He’s not seeking redemption or a saviour; he just wants to live. In an immigration interview, he speaks factually about all he’s endured, from losing his entire family in a blast, losing his sister at a border, and getting beaten up by neo-Nazis. Now, Khaled just wants to settle down and work. While telling his tragic story, he is asked by his interviewer if he’d like to take a break, at which point he blinks and asks, “Why?” He has accepted his tragedy and just wants to move on. He doesn’t need anyone to feel sorry for him.

From a personal standpoint, I’ve been hearing stories like Khaled’s my entire life. I am accustomed to knowing the sacrifices and loss some refugees don’t think twice about. When Khaled explains his narrative to the interviewer, Kaurismäki films it in a direct-to-camera address. There’s no interspersed footage of his family to tug at our heartstrings — he’s just stating the facts. While there was very little of the imagery we’re used to seeing in refugee stories, his monologue left me crying because it felt so authentic to how actual refugees talk about their lives. It became clear The Other Side of Hope isn’t a movie to make Westerners feel good. In fact, the film does a great job by showing injustice in the form of bureaucracy and actual violence. While Khaled does stumble upon Finnish people and other refugees who help him get on his feet, the government doesn’t aid him much.

The lead actor, Sherwan Haji, is Syrian himself, but ended up immigrating to Finland as a student before the refugee crisis. When speaking on the phone about playing Khaled, Haji told me that it was natural for him to play the role so subtly, describing his approach as “[having] a lot of feelings inside, but not physically showing them.” Haji played Khaled by seeing him as a normal human being. Says the actor, “Khaled happened to be someone who went through something sad, but still kept his dignity and tried hard to make things right.”

We see this especially in a scene when Wikström and Khaled’s paths cross. After finding Khaled living outside his restaurant’s dumpster and getting into a tussle (which Wikström wins), Khaled is taken in by the man and his staff without much thought, fanfare, or any discussion of politics. Haji explains that Wikström’s goodwill comes from experiencing a new beginning himself: “He’s not a refugee, but he’s going through the same story. He has certain difficulties and chooses a new career, mirroring Khaled from the other side. It’s just a human story.” As much as Wikström and his staff help Khaled throughout his “journey,” they’re don’t come off as trying to get any points for being good people. When Khaled gets news that his sister may have been found, Wikström and his staff do as much as they can to help figure out whether it’s really her. 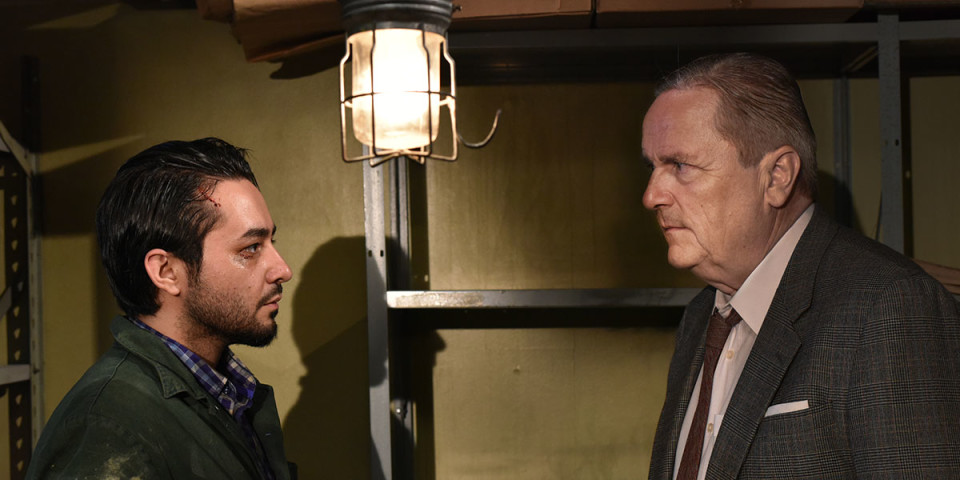 Ultimately, The Other Side of Hope ends with the same uncertainty it begins with. While Khaled makes progress — not unlike real refugees — there’s very little certainty in where he will end up, or whether or not things will work out in Finland. So far, critical response to the film (which premiered at the 2017 Berlin International Film Festival) has been overwhelmingly positive. When I asked Haji why that could be, he tells me it’s because it’s not difficult to find familiarity in the struggle of refugees. Haji explains that if there’s one takeaway of the film, it’s that we’re all going through our own journeys.

“We do all live the same way, almost no matter where we are,” says Haji. “Despite our culture or background, it’s just a human story.”

The Other Side of Hope

“We could all be potential refugees”

*Fire at Sea* Centers The Refugee Crisis In Quiet Observation