Pushing Keanu Reeves to the limit 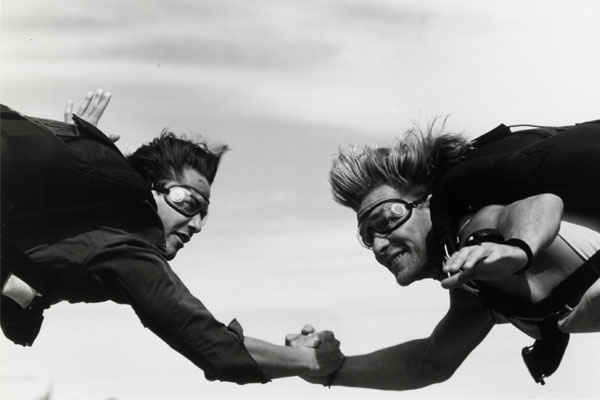 Filming Point Break wasn’t easy, as Keanu Reeves will tell you. In many action films, chase scenes are accomplished through a mix of close-ups, long shots (sometimes with stunt people), and careful editing. For Point Break, Kathryn Bigelow shot them for real, putting her actors through their paces.

In an exclusive to TIFF, Reeves remembers the experience of working on the film, including the rigours of one epic chase scene in which he really was in pursuit. Bigelow and her crew used innovative camera technology that allowed the audience to follow the actors through streets, alleys, and houses as Reeves’ FBI agent Johnny Utah chases down Bodhi (Patrick Swayze), the charismatic leader of a gang of surfing bank robbers.

This summer, we present our first full retrospective devoted to the beyond-badass director of Point Break, Blue Steel, and many more. Catch them all in Kathryn Bigelow: On The Edge at TIFF Bell Lightbox from July 21 to August 15.