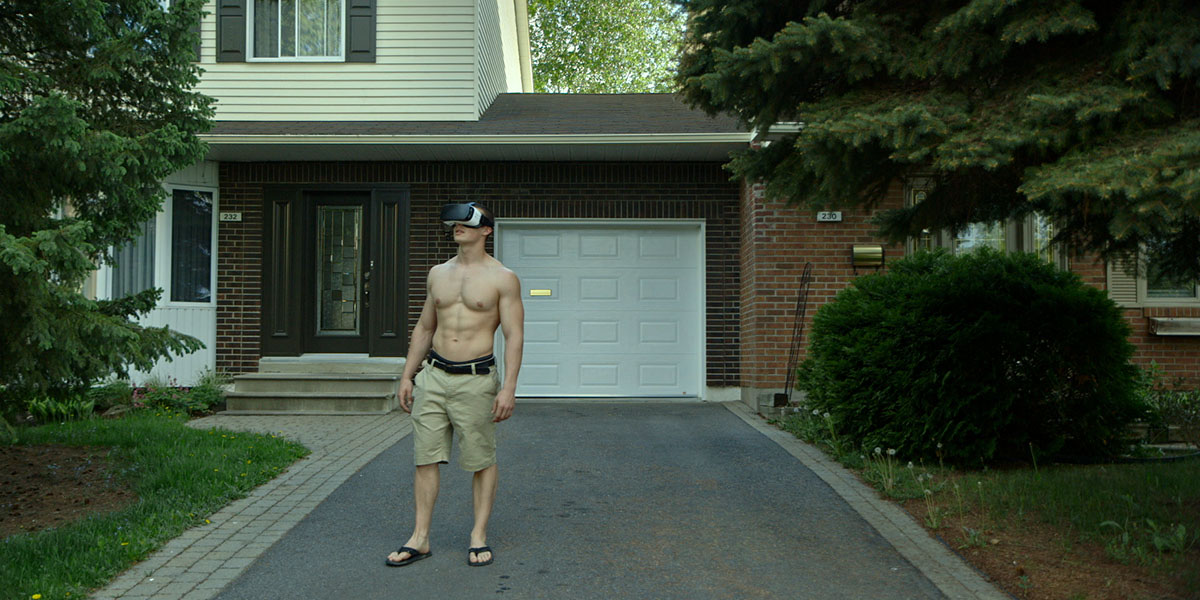 The independent Quebec director Denis Côté has made films that include Boris sans Béatrice (2016), Vic + Flo ont vu un ours (2013), Bestiaire (2012), and Curling (2010). His new bodybuilding documentary Ta peau si lisse, which plays at TIFF ‘17 in the Wavelengths programme, has its final screening on Sept. 17 at 11:30am at TIFF Bell Lightbox, preceded by Kazik Radwanski’s short film Scaffold. The following text was taken from an interview conducted during TIFF ‘17 by Chandler Levack.

The inspiration for Ta peau si lisse came from my own situation. I have a chronic kidney disease and I’m going towards dialysis. It’s not the end of the world, you get a transplant and you have a new life. But on a personal level, I don't own a house, I don't have a family, and it’s even harder to think about the films I want to make. You don’t project yourself into the future when you have a disease.

Then I met the six bodybuilders who are the subjects of my film. Seeing these guys hurting themselves for an ideal of beauty was quite paradoxical because I’m trying to preserve what I have — I’m not partying anymore, I’m not drinking, I’m trying to go bed early. Here was a group of men ready to destroy something for an absurd, romantic ideal. The making of the film helped me have an unconscious dialogue between my situation and their own.

Before we started shooting, the bodybuilders never wanted to see my earlier work, or hear about my artistic process. They were just happy to be in front of the camera. It became all about showing off their tattoos, their workouts, being the centre of everything all the time. We all have our ways of being seen — I like to make a new film every year. You may go on your Facebooks and Instagrams going, “Hey! Hey! I exist!” We all find ways to be loved.

In making this film, I basically fell in love — not with the guys, not with bodybuilding — but with their discipline. They only fight against one enemy: themselves. This idea of masculinity makes no sense, especially in 2017 when the straight white male is not really in fashion. These are modern-day gladiators who come with their own mythology, but in the end, what are they fighting for? It’s futile... but damn romantic! 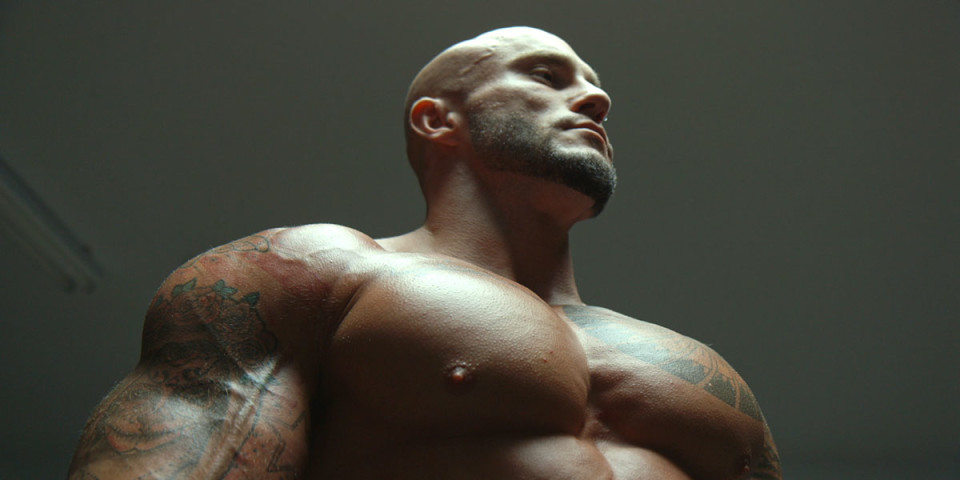 "I was striving to be the most muscular man, and it got me into the movies. It got me everything I have." — Arnold Schwarzenegger

One or two of them have families, but for the others — it’s gym, gym, gym. So I thought, “I need to deliver these guys from their solitude.” At the end the film, I wanted to stage them going to visit a house in the country. When you put six bodybuilders who don’t know each other in a minibus, they will fall in love with each other within seconds. They talked about every inch of their bodies, what they eat, what drugs they take, how they train. The hugging! One of the subjects was a 19-year-old kid and when I told him he was going on a trip with five huge monsters, he was so excited. There was a Chinese bodybuilder, and everyone had questions about his origins. It was a laboratory of guys with no connection to the world outside their gyms.

My way of working is very observational, not judging. It’s about opening doors for the audience to find their own opinions. I would never come to TIFF and say, “The animals in Bestiaire and the bodybuilders are the same. They’re both in cages.” But from a formal point of view, I like to use a little distance with just the right amount of irony, as well as respect.

In the three days we spent filming in the country, it became not only a film, but a human experience. The bodybuilders were comfortable showing me how vulnerable they are because they know they are little kids inside the body of a monster. Earlier in the shoot, we went to a fair with the biggest guy and he said, “No, I cannot go in this ride, I'm too scared." Most of these guys were bullied when they were young; they're hiding terrible stories. You cannot go to that extent of macho-ness without hiding something.

Sometimes when I want to be a little arrogant, I say, “It’s not a film about bodybuilding, it’s a film about six men with a passion.” They could collect stamps and it would be beautiful. When I was young, I used to go see three, four films at the cinematheque. I might’ve lost some girlfriends there, but it wasn’t too dangerous. There are so many people who are bored with everything in life. If you have a passion you’re completely obsessed with, and it’s not hurting anybody, why not?

Some critics have seen the film and complained, "We don't learn anything." Of course you don’t. I don't want to tell you about what steroids they use, or what kind of protein they eat, or interview a guy to ask, "Why did you become a bodybuilder?” For me, it’s all about giving the viewer back the possibility of thinking by yourself. Even the term “documentary” doesn't mean much to me. We make so many choices as a director that everything is subjective.

Audiences have been very surprised to hear I only had three days with every guy because this film is supposed to give you the impression it was an immersion in their private lives. While we did stage everything, every shot was based on the interviews they gave, the things they do on a regular basis. So while my film is constantly lying to you, it's based on reality. We can still call it a documentary.

As filmmaker, I like to do one big one, one small one. Sometimes, it means taking three years to prepare a big project with a big producer and going to Telefilm Canada to ask for money. Those were my films Boris sans Béatrice, or Vic + Flo ont vu un ours. When you have 30 people around you and everybody’s well-paid, it’s a totally different energy. You feel that you are part of the industry. But when these films are over, I need to keep working. I'm not that ambitious, so I've made films for 20, 40, 50, 70,000 dollars with just a little grant. Give me three friends, one car, an original idea. You're so free, it's scary.

I don't understand why more filmmakers aren’t doing the same thing. When you have 2.5 million on your shoulders, self-censorship comes way more easily. That's one thing I teach kids when I meet them in universities or at film schools: Don't be afraid. Stop always talking about money. Take much more risks, you can always throw it in the garbage if it's not good.

In film school, they teach you how to sign contracts. Sometimes, I have clashes with my producers who feel like they have to do every little thing right. I’m a little bit too punk for all these rules. Filmmakers think they need to make their first film with one million dollars, the second one has to be two, the third one has to be five. Soon, it's time to leave Canada and look for American opportunities. It's always more, more, more.

I couldn't live like that. But I've made 10 films in 12 years. I write fast, I live fast, I do everything fast. Yes, I've made mistakes, the films are not perfect. But my life’s like a wall and every film is a brick. 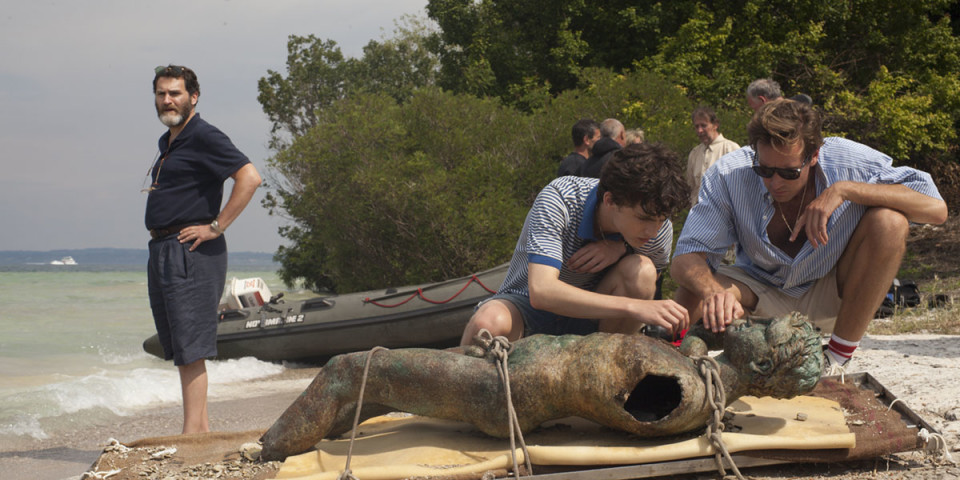 Below is a letter from our last issue, curated by Canadian producer Erika Olde on the importance of making films without compromise.

RE: ISSUE 53 Imagination and Courage

There's always something magic when I read about women making films. As a Mexican filmmaker/writer/photographer/mom, I try to support imagination and courage, no matter how simple, or complicated the project looks like. Life is better through art and pure, heartfelt ideas.

I thought that the letter of encouragement to young female filmmakers written by Erika Olde was so inspiring. I totally believe in what she is doing. While I was reading this article, my thoughts went to my nephew, who is in the filmmaking and acting business; to my niece Sarah Blackwood of the band Walk off the Earth, who is involved in inspiring young folks to follow their dreams and to do what they love; to my other nieces who are following their dreams in acting and singing; to my late mom and dad who surrounded us with music and encouragement; and finally, to my Grade 9 homeroom teacher, the late Elwy Yost who inspired us to relish storytelling and seek the meaning in stories and literature. Thank you Erika Olde for doing what you love and for sharing it with the young.