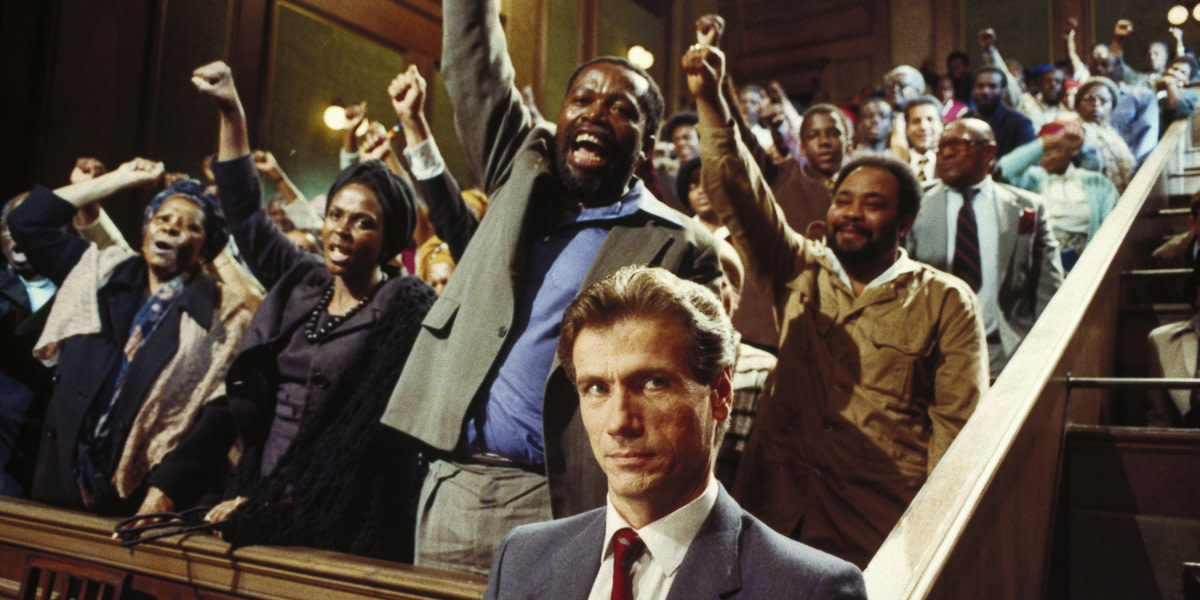 To hear her tell it, Euzhan Palcy began her love affair with cinema like many another filmmaker before her. In a 2018 “Closet Picks” video from the Criterion Collection, the Martinique-born director pores over the shelves at the DVD label’s New York offices, detailing her early encounters with Alfred Hitchcock, Kaneto Shindo, and, most importantly, Marcel Camus’ Black Orpheus, which she identifies as the film that made her want to be a filmmaker. However, the young, cinema-smitten Palcy faced a considerable barrier: there were no existing Martiniquan filmmakers to speak of, much less a domestic filmmaking industry. But, with the encouragement of her father (whom she calls the “the first feminist that I ever met”), she pursued her passion, teaching herself how to shoot on 16mm before heading to Paris to study film formally.

It was in Paris that an early screenplay of Palcy’s — an adaptation of the novel La Rue Cases-Nègres, by her fellow Martiniquan Joseph Zobel — ended up in the hands of nouvelle vague figurehead François Truffaut by way of Truffaut’s daughter, who was Palcy’s schoolmate at the time. With Truffaut’s encouragement and support, Palcy brought her script to the screen as Sugar Cane Alley (the film’s English-release title), which won the first-ever Audience Award at the 1985 edition of FESPACO (Burkina Faso’s festival of pan-African cinema), as well as the Best First Film prize at the César Awards and a Silver Lion at the Venice Film Festival — the first time either of these awards was ever bestowed on a Black director. In Palcy’s native Martinique, the film was a blockbuster, with local audiences returning to theatres again and again to see their lives and likenesses on the big screen. With her 1989 follow-up A Dry White Season — an exposé of apartheid-era South Africa starring Donald Sutherland, Susan Sarandon, and Marlon Brando — Palcy marked another milestone as the first Black woman to ever direct a Hollywood studio feature.

Though Palcy’s story is unique, it is, sadly, not unusual in another sense: despite her accomplishments, her cinematic legacy is modest compared to those of other directors — most often men — whose festival acclaim led to more robust careers. But, remaining resolute in her belief that a well-crafted story transcends demographic appeal, Palcy has demonstrated fearlessness in her craft from the outset, confidently shifting between mainstream and independent modes of filmmaking. It’s this marvellously egalitarian approach that has enabled her to create with integrity and impact, and to translate the stories of the peoples, histories, and struggles that are dear to her into the language of cinema. Enacting the “poetics of relation” that her countryman Édouard Glissant theorized about in his influential book of the same name, Palcy employs the inherently creolized nature of her Franco-Caribbean identity to engage with and comment upon ideas of Negritude, feminism, French colonialism, and pan-Africanism.

On the occasion of the 30th anniversary of A Dry White Season, which had its world premiere at TIFF in September 1989, we honour this singular auteur with a mini-retrospective of three of her signature works — a celebration that’s better late than never.