Well, not quite — but Bruce LaBruce has some thoughts on the French renegade’s latter-day turn toward the “conventional” 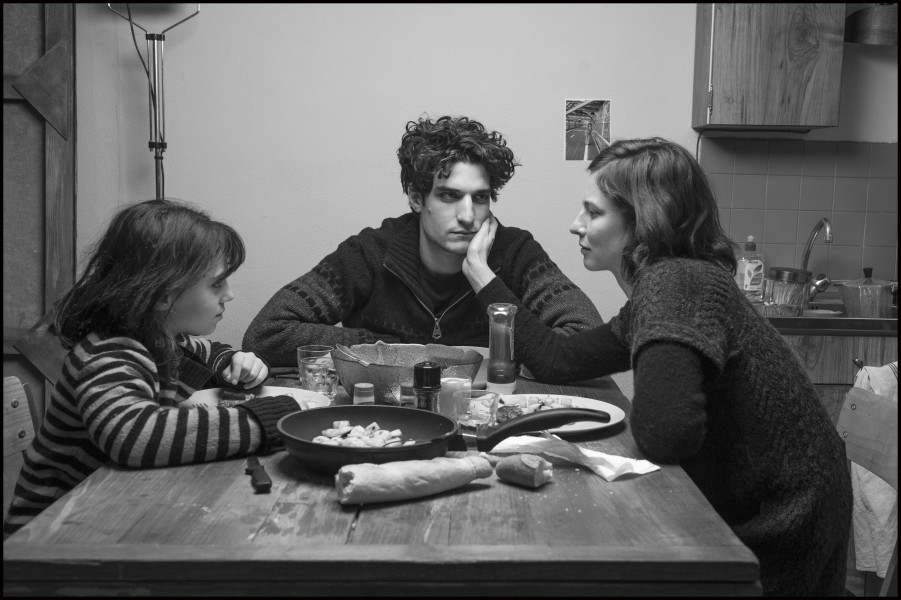 The TIFF Cinematheque retrospective In the Shadow of Love: The Cinema of Philippe Garrel continues through to February 24.

It seems almost miraculous that the once tortured, quite possibly mad Philippe Garrel, who made disturbing, trippy avant-garde films in his youth, should now be making movies that play like deeper and more emotionally raw Woody Allen pictures. From the chimerical, allegorical meditations of Le Lit de la vierge and La Cicatrice intérieure, Garrel’s cinema moved on to a series of fragmented character sketches (Un ange passe, L’Enfant secret) in the mid-to-late-’70s before giving way to the demonstrably more conventional storytelling of J’entends plus la guitare and Emergency Kisses in the late ’80s and ’90s — although the fractured quality of the narratives in these latter two films, characterized by abrupt temporal shifts, the juxtaposition of scenes of wildly differing lengths, and a variety of distanciation techniques, linger from his earlier work. Although Garrel’s recent trilogy — comprising Jealousy, In the Shadow of Women, and Lover for a Day — still contains echoes of the unruly pleasures of his earlier, more adventurous period, the narratives are now slightly more disciplined, the themes more lucidly articulated, and the aesthetic more uniform: each film is shot in black and white and presented in the Scope aspect ratio, and each does without the variance in exposure that Garrel previously made use of. 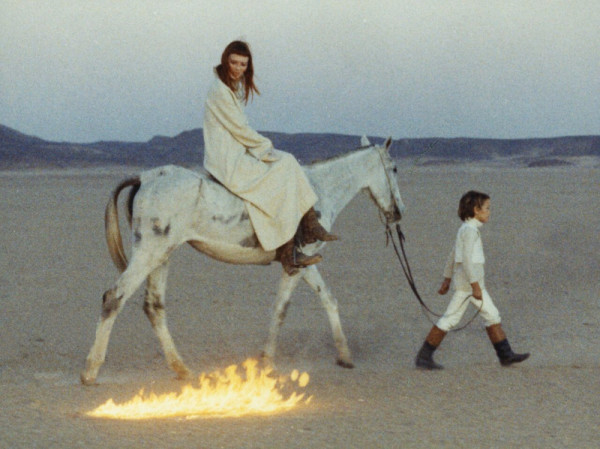 Then and now: La Cicatrice intérieure (left), Lover for a day (right) 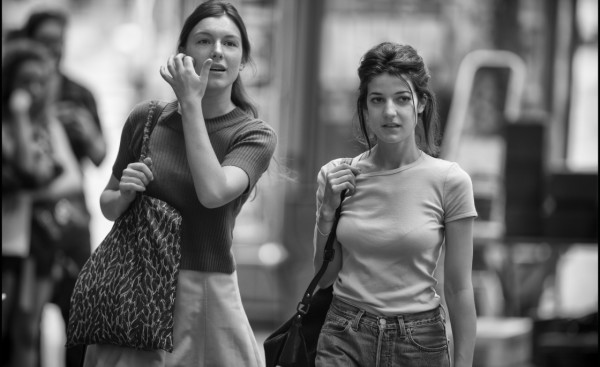 Despite this more “mainstream” approach of late, Garrel’s films have still not met with a wider audience: few have received a commercial release in Anglophone territories, meaning that most of their screenings have been confined to the festival circuit. I think that there are at least a couple of reasons for this. Firstly, apart from one-off collaborations with actors like Catherine Deneuve (Le Vent de la nuit) and Monica Bellucci (A Burning Hot Summer), Garrel doesn’t seem to care very much about using big-name but art-house-friendly stars to help market his pictures; rather, as per his frequent uses of his son Louis and daughter Esther in leading roles, he’s perhaps more interested in creating his own. (In addition to his children, Garrel has also frequently cast his wife Brigitte Sy and father Maurice — a well-known professional actor in his own right — in his films, often playing roles that related directly to their real-life relationship.)

Monica Bellucci and Louis Garrel in A Burning Hot Summer

Secondly, the stories that Garrel tells are so much about the very specific fabric of French culture — particularly in regards to relationships — that it may be difficult to fully translate to outsiders. In J’entends plus la guitare — a nakedly autobiographical tribute to Nico, Garrel’s lover of ten years, made three years after her tragic death in 1988 at age 49 — two interrelated couples, each sleeping with the other’s partner, constantly philosophize about the nature of love and reality while on a seaside vacation. Later, one male character complains to the other that their respective girlfriends dumped them without warning: “They dropped us like turds when we stopped loving them. But we didn’t know we stopped loving them.” “They did warn us. We didn’t catch on,” the other replies, before concluding “Women are subtle and they’re fast on the uptake.” This kind of complex emotional mining, viewed rationally by the characters, almost with a jaundiced eye, is perhaps something typically French, but no one observes it more closely and intimately than Garrel. 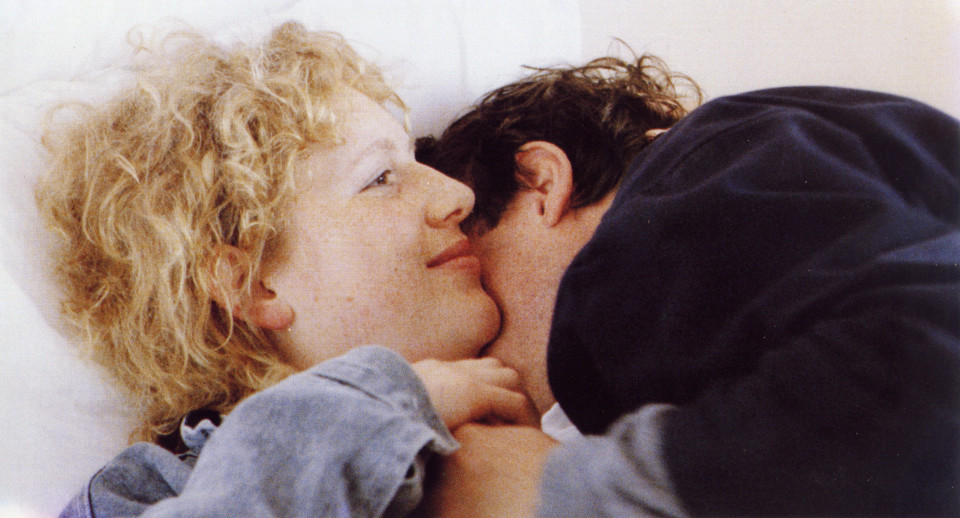 Despite this cultural specificity, with international retrospectives of Garrel’s work finally happening it’s time to recognize how thoroughly universal his themes really are. Garrel’s films are ultimately always about love, sex, and infidelity — subjects which we can certainly all relate to — and about the difference between men and women in dealing with each. Garrel’s cinema is charged with a fervent romanticism that produces some of the best definitions of love I’ve ever seen in a film. In Emergency Kisses, love is defined as “seeing one another at the same time”; in J’entends plus la guitare, the strung-out Nico stand-in declares to her junkie lover that “You think that love can heat us, light us, feed us, and get us high,” as she laments that they have no money to buy heroin with; “That’s the most precise definition of love I’ve ever heard,” the man replies.

On a deeper level, as Garrel’s recent films have become more narrative they have also become more about narrative — about how and why we tell stories, and the stories we tell ourselves as we try to live with (and as) those selves. In a scene in Emergency Kisses, a couple philosophizes about sex after seeing a movie, and the woman tells the man that because “women keep the world running” they are “too busy for stories.” In other words, performing life is as important as performing cinema — and in Garrel’s work, it’s often difficult to determine where “reality” ends and cinema begins. 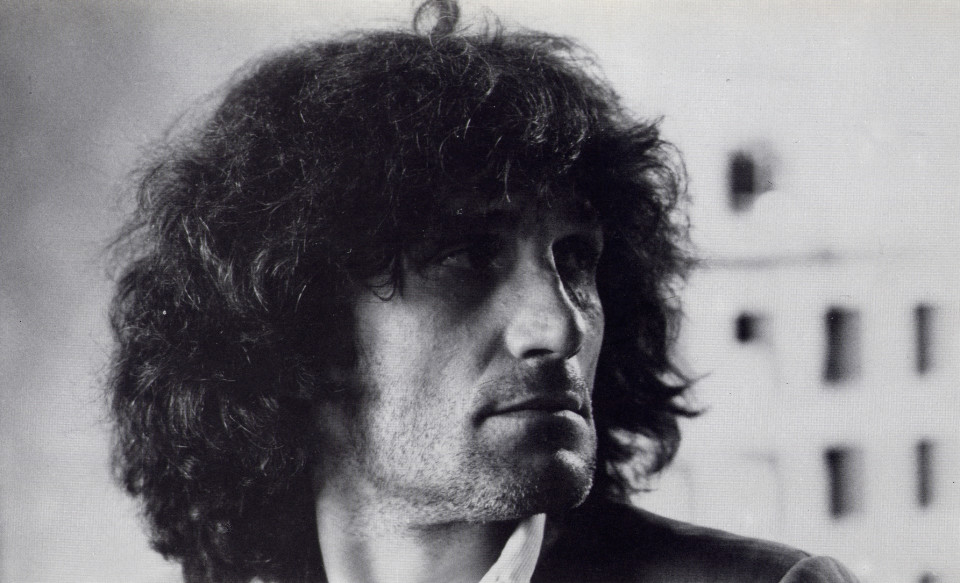 This theme is often explored through the lens of characters — actors and directors — who self-consciously perform narrative, onscreen (or onstage) and off. Authenticity or lack thereof is a constant preoccupation: in Jealousy, a character says, “I hate phonies. Everyone puts on an act. It’s terrifying!”; in J’entends plus la guitare, when a girl asks her painter boyfriend if he will make a portrait of her, he says he can’t because she is “too real.” In Emergency Kisses, the film in which this theme is most profoundly articulated, Jeanne (played by Garrel’s wife Brigitte Sy), the actress wife of film director Mathieu (played by Garrel himself), visits Minouchette (Anémone), the actress whom her husband has cast to play Jeanne onscreen in his upcoming autobiographical film, and tries to convince her to drop out so that she, the director’s real wife, can play the role of her own self on screen. When Minouchette says she doesn’t need to because “You have a son with him,” Jeanne replies, “You have a film with him! He’ll make you a film as I gave him a baby” (this fairly awe-inspiring remark is only one of the the most explicit conflations of life and cinema in any of Garrel’s work). 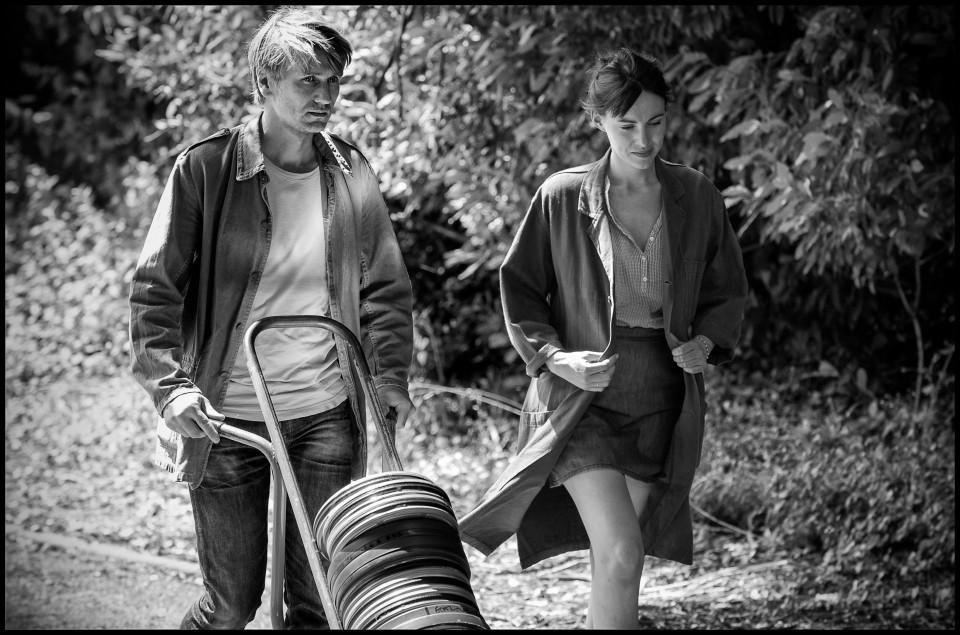 As is often the case in Garrel’s films, the two women in this roundelay end up forming an uneasy kinship. There’s a matter-of-factness and emotional maturity in Garrel’s depiction of these complicated relationships — for example, wives talking to their husbands’ mistresses, or at least being emotionally connected to them from a distance, in an almost psychic feminist solidarity against their mutual male love object. In In the Shadow of Women, Elisabeth (Lena Paugam), the lover of filmmaker Pierre (Stanislas Merhar, standing in for Garrel), spies on Pierre and his female companion Manon (Clotilde Corrau), and twice, perhaps by chance, sees Manon with her own lover — which, as the narrator tells us, “sullies” her relationship with Pierre. It’s as if the mirror image of the two couples, both engaged in illicit affairs, makes Elisabeth too self-conscious of her own machinations, and reminds her that what she has with Pierre isn’t unique; if Pierre’s companion weren’t having an affair of her own, it would somehow make him, and her affair with him, more intoxicating. Later, when Elisabeth finally tells Pierre that Manon is having an affair in hopes that he might leave her, Pierre confronts Manon about it but is too cowardly to confess to his own infidelity. As women are always more intuitive and sensitive then men in Garrel’s world, of course Manon has known about Pierre’s affair right from the beginning, as she tells him, by the way he spoke to her, looked at her, laid beside her. “I was honest. I told you right away,” responds Pierre — perhaps only a man could interpret his inability to conceal his indiscretions as a form of honesty.

“For a film to be unique,” says Garrel-as-Mathieu (or is it Mathieu-as-Garrel?) in Emergency Kisses, “Someone has to have no idea what it’s to be. And he should be in charge. So that’s me.” It’s perhaps Garrel’s greatest accomplishment that his films can so openly address the uncertainties of our existence with such remarkable assurance. The end of Emergency Kisses is probably my favourite of any Garrel picture, a scene that perfectly realizes his vision. After putting Mathieu/Garrel and their son Lo (played, naturally, by the then-five-year-old Louis Garrel) on a train, Jeanne/Brigitte Sy sits on a subway platform as Minouchette, the woman who plays her in Mathieu’s film (and with whom, it has earlier been hinted, Mathieu had an affair during the shooting), comes down the steps to the platform on the other side, looking a little dishevelled and forlorn. As in In the Shadow of Women, one woman observes the other point of her romantic triangle surreptitiously, almost as if she is watching a movie. When Minouchette gets on her train and it departs, a crane shot isolates Jeanne at the bottom of the frame, alone and upset, as saxophone music starts to play on the soundtrack. In one simple scene, absent any dialogue, Garrel visually conveys the vicissitudes of love and infidelity and the self-consciousness of role-playing that run through all his work. It’s a profoundly moving ending, and one that could only be realized by a master of the craft.

The Solitude of Jean Seberg