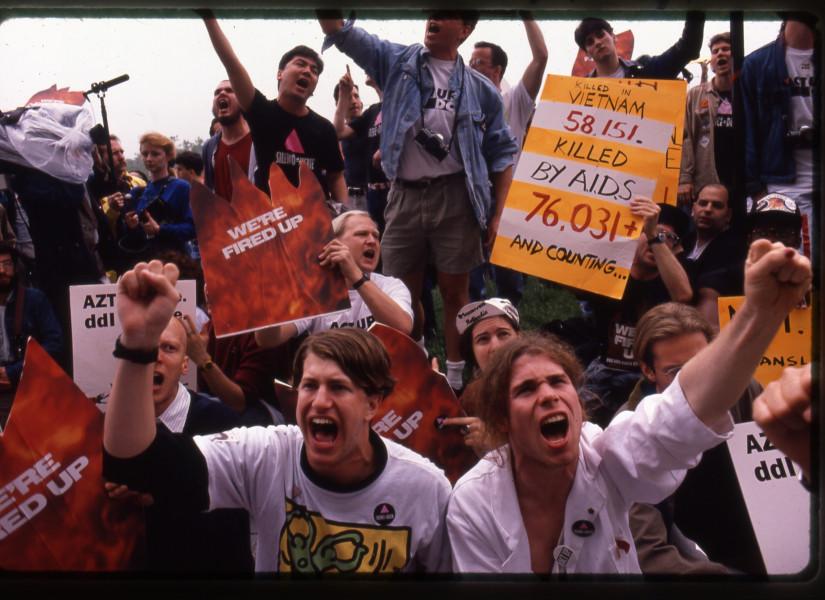 How to Survive a Plague on World AIDS Day

Today is World AIDS Day. Held each year on December 1, it presents an opportunity for people worldwide to unite in the fight against HIV/AIDS, show their support for those living with the disease, and to commemorate those we’ve lost. In 1995, my uncle passed away from complications related to AIDS. I was 10 years old at the time, unaware of his diagnosis or that he was gay. In my early twenties, on a hunch and looking for some type of queer heritage, I started asking more questions.

Rick Bébout, writer for The Body Politic and chronicler of Toronto’s LGBTQ history, was the first to share stories of my uncle and his early days in Toronto. I met with his partner and found out, among many other great tales, that he was part of a treatment circle in London that included filmmaker Derek Jarman. These remembrances helped to construct a portrait of my uncle, a member of this lost generation of LGBTQ elders.

"You never want a film like this to be well-timed... But I think the lessons that AIDS activists teach us are still needed. I think we're going to need a movement." —LGBTQ activist David France, director of How to Survive a Plague

When I encountered David France’s Oscar-nominated and Peabody Award–winning film, How to Survive a Plague, I learned about the incredible history of the AIDS activist coalitions ACT UP and TAG, whose radical initiatives and grassroots action broke crucial new ground in the fight against HIV/AIDS in the 1980s and 1990s. The documentary profiles activists like Peter Staley, Mark Harrington, Gregg Bordowitz, David Barr, Garance Franke-Ruta, and the cantankerous and complex Larry Kramer. For those of us who have lost a loved one to AIDS, it’s hard not to picture them too as characters in the film. Their experience and our remembrance of the ones we’ve lost exists on the margins of each and every frame of France’s film.

The filmmaker’s tireless contribution to LGBTQ history continues. His new book of the same title presents an even more in-depth account of the epidemic, from the first accounts of a “gay cancer” to the unprecedented activism that was successful in advancing HIV/AIDS treatments. In the face of death and confusion, it was hard-fought activism, education, and advocacy that led to options for alternative treatment, policy change, and visibility. France’s film, and now his incredible book, navigate these threads — the personal and intimate, science and activism — with precision.

David France was a guest at TIFF Bell Lightbox last week to discuss his groundbreaking film and to launch his new book in Canada. These works are essential, both for the memories of those who lived and died throughout the AIDS epidemic, and for those who came after.