Nearly 50 years later, the director of a landmark First Nations film gets his rightful recognition 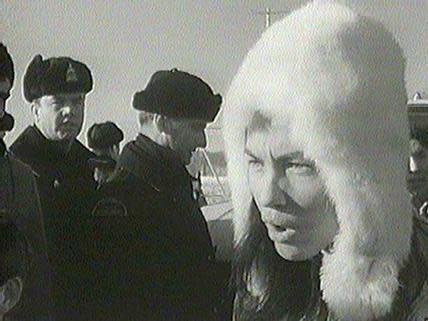 Even though we know that filmmaking is just about the most collaborative art form there is, the title of “director” still carries a substantial (albeit, some might say, disproportionate) weight. Imagine then the situation of a person who initiates a film, shoots it, writes and delivers the narration in their own voice — only to have someone else’s name attached to the finished film as director.

This was the experience of Mohawk filmmaker Mike Kanentakeron Mitchell when he made the landmark documentary You Are on Indian Land — an on-the-spot document of the Akwesasne Mohawk Nation’s 1968 blockade of the international bridge near Cornwall, Ontario, in protest of violated treaty rights — for the National Film Board of Canada. And happily, it’s a situation that will be rectified on Saturday, February 25, when TIFF and the NFB will present a new version of the film featuring Mitchell’s belatedly added director credit.

The story behind this in-person act of reconciliation begins in 1967 when the NFB launched Challenge for Change, a program of activist documentary filmmaking that, according to authors Thomas Waugh, Ezra Winton and Michael Baker, “challenged audiences, subjects and filmmakers to confront a wide spectrum of issues, from poverty to sexism to marginalization, with the intention of developing community and political awareness, as well as empowering Canadians.”

As part of this initiative, the Board established a training program specifically for Indigenous filmmakers, with the aim of having them tell First Nations stories from a First Nations perspective; this program eventually evolved into the Indian Film Crew, the Board’s first Indigenous production unit. “They gave us two months of training in the theory of filmmaking, then gave us a camera and told us to go out and shoot something — on the condition that it had to tell a story,” said Mitchell, who was part of the first cohort to enter the training program. 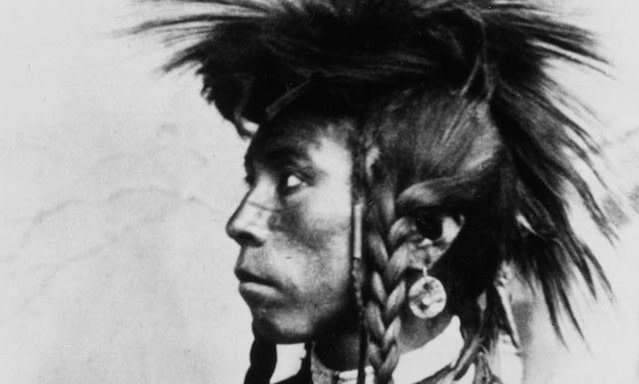 Still from The Ballad of Crowfoot, the first production from the Indian Film Crew

Mitchell found his first story quite literally close to home, when he returned to his community in Akwesasne, which straddles both the Ontario-Quebec and Canada-US borders. By treaty right, the members of the nation were entitled to duty-free passage of personal purchases during their frequent visits to friends and family across the international border — a right that they were being summarily denied by border officials, who were regularly confiscating goods and refusing to return them. Mitchell began filming the community meetings about the problem, and screened the footage back at the NFB. “George Stoney, the head of Challenge for Change, told me that I might have something interesting here, and told me to write up a proposal for a film.”

Meanwhile, Mitchell was becoming as much participant as observer in the developing situation in Akwesasne. “I was filming the meetings, but I was also asking questions and giving my own views, and I soon became identified as one of the spokesmen [for the community]; they asked that I be part of the delegation that was going to Ottawa. So I was really playing both sides at the time.”

Even as the delegation was preparing to take the community’s grievance to the capital, plans were underway to blockade the bridge as a public protest. “We carefully planned it to be a non-violent demonstration,” says Mitchell. “We arranged it for when most of the men in the community would be out at their jobs, which were in cities an hour or more away from the community. So it was a protest comprised mostly of elders and women — we figured that that would lessen the risk of it becoming violent.” 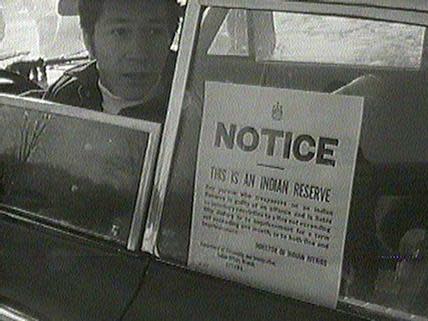 You Are on Indian Land

As the day of the blockade approached, Mitchell — feeling that he was now too involved in the protest to function simultaneously as a filmic witness to it — requested that the NFB send a more experienced crew to Akwesasne in order to document the forthcoming action. In the event, it was fortunate that he did. “When the blockade began, I was one of the first people to get arrested,” says Mitchell. “So when I was taken away by the police, the crew stayed behind and kept shooting the blockade for the rest of the day.”

Over the next six months, Mitchell went on a speaking tour to provide insight and context about the protest and the long struggle for Indigenous rights, screening footage from the forthcoming film while the rough cut was being assembled at the NFB. (The editing was handled by Kathleen Shannon, who would go on to found Studio D — the Board’s groundbreaking unit composed entirely of women filmmakers — and Noel Starblanket, a member of the Indian Film Crew, who like Mitchell received no credit on the finished film. That oversight has been corrected as well with the new version screening on Saturday, which now credits Starblanket as Assistant Editor.) When the film was finally completed, however, Mitchell was informed that he would not be credited as the director; instead, the credit was assigned to NFB veteran Mort Ransen, the lead member of the crew whom Mitchell requested for the shoot.

Asked how he felt about this decision at the time, Mitchell replies “I didn’t really think one way or another about it because, technically, I was a student,” he says. “My feeling was, they [the NFB] are calling the shots. So I’m just glad we got the film made.” Mitchell’s equanimity was not shared by others involved in the production, however. “Mort [Ransen], who had his name attached as the director, always said that it was not his film, that it was mine,” says Mitchell. “I really think that it was his saying that, for years, that helped them make this decision now.”

Ransen’s disavowals finally reached the right ears. “The wrongful attribution came to my attention when I met Mort Ransen at the DOXA Documentary Film Festival last year,” says Michelle Van Beusekom, the NFB’s Executive Director of English-Language Programming and Production. “I asked Mort how he came to be the director of You Are on Indian Land, and he was horrified to learn that he was still being credited as director of the film. He told me Mike was the director, and we made a pact then and there to do the right thing and get the misattribution corrected once and for all.

“Mort tried to contact Mike but wasn't succesful. So I asked Alanis Obomsawin if she knew how to find him. She got hold of Mike's phone number in January. I spoke to Mike and we all agreed this was the right thing to do.”

“They felt that this was something that needed to be corrected,” says Mitchell. “As I said, though, I’m just glad the film was made in the first place.” The filmmaker’s evenhandedness about the affair doesn’t preclude a degree of satisfaction, however. Asked how he feels about finally being recognized as his film’s creator, Mitchell pauses, then chuckles. “It feels pretty good, I have to admit that.” 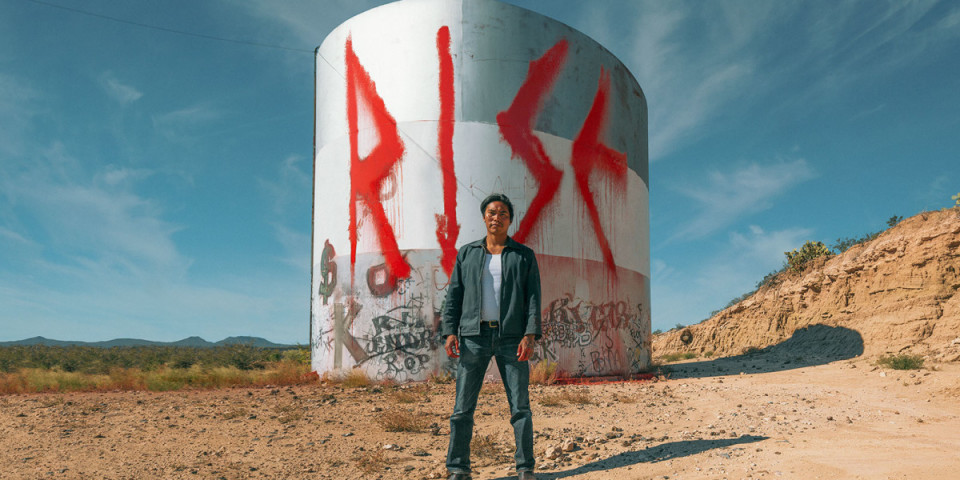 Saturday night’s ceremony at TIFF may be the prelude to a new era of Mitchell’s life as a filmmaker. After You Are on Indian Land, Mitchell set up a long-running audiovisual workshop where he taught classes and made short films, but politics increasingly took up his time. “I was eventually voted a Grand Chief, and I’ve been that for 30 years. I finally retired this year. Politics wouldn’t let me go,” he says. “But now that I’m retired, I’m excited to get back out there and see if there are stories I want to tell.

“Standing Rock is something that has really captured the imagination of mainstream society, but there’s a lot of Standing Rocks out there. There are so many Indigenous stories to be told, and nowadays our filmmakers are finding all kinds of different ways to tell them. We’re active players in communications now. They’re getting the message out there, they’re speaking the truth — they’re not just showing the poverty and the social conditions, they’re showing whole areas of our culture that have never been seen onscreen before.”

Mike Mitchell joins Hayden King, Alanis Obomsawin, and TIFF Director of Film Programmes Jesse Wente on Saturday, February 25 for our screenings of You Are on Indian Land and Incident at Restigouche.