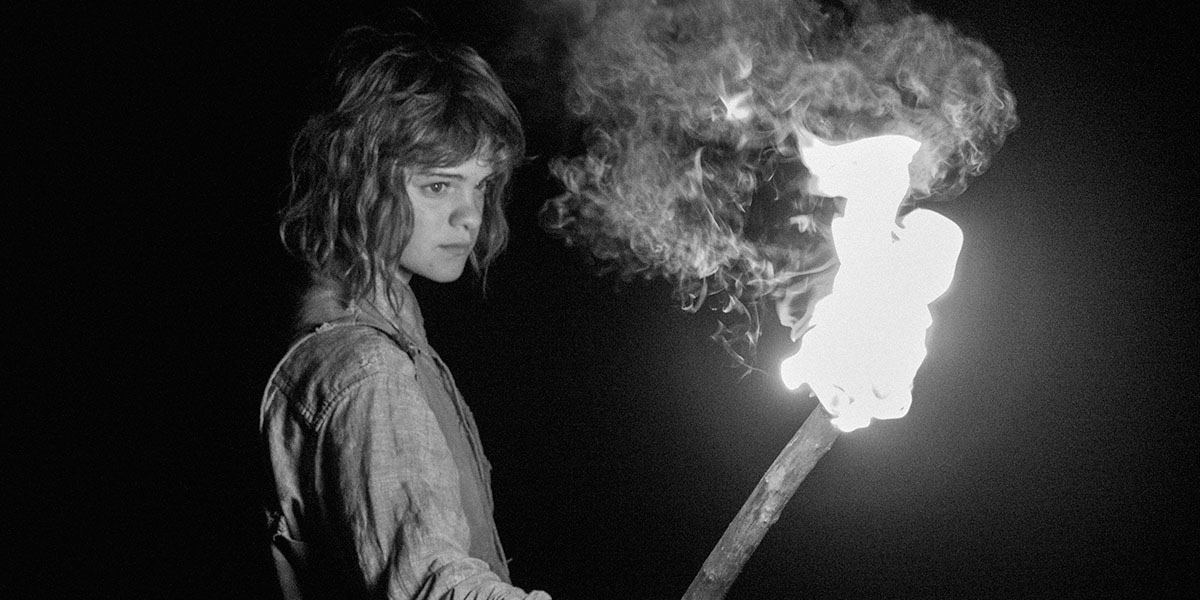 “I want to create new images for Québécois culture”

If you like your Quebec cinema to feel like a psychosexual fever dream, Simon Lavoie’s new gothic horror The Little Girl Who Was Too Fond of Matches is the film for you. The filmmaker’s “freely adapted” version of Gaétan Soucy’s popular 1998 novel follows up his TIFF ’16 Best Canadian Feature prizewinner and Canada’s Top Ten selection Those Who Make Revolution Halfway Only Dig Their Own Graves (co-directed with Mathieu Denis), which looked back on Quebec’s student-led protest movement of 2012 with an experimental, Godardian nerve. The Little Girl Who Was Too Fond of Matches follows a sister and brother in an isolated famhouse in 1930s Quebec, who are left to their own devices after their religious-zealot father commits suicide. Having been told she was a boy since birth, our heroine, the sister, reckons with her brother’s violence and sexual advances, the discovery of a mysterious monster who was held captive by her father in their backyard shed, and the threat of villagers from the nearby town who want to investigate their home and put the siblings in an orphanage. Lavoie’s heavily stylized, wide-angled black-and-white cinematography makes his film feel like The Night of the Hunter by way of Repulsion (with echoes of VC Andrews’ novel Flowers in the Attic). Ultimately, it’s a deeply unsettling watch that will stick with you long after its January 19 and 20 screenings, as part of the Canada’s Top Ten Film Festival.

We spoke with Lavoie during TIFF ’17 about his relationship to the film’s original source material, why he thinks The Little Girl... parallels Quebec’s Quiet Revolution of the 1960s, and why he’s concerned about the recent trend of Québécois filmmakers transitioning to the Hollywood studio system.

While Those Who Make Revolution premiered at TIFF ’16, you had to leave that year’s Festival to continue shooting this film. What was the experience of promoting one film while thinking about the other like for you?

Yes, at TIFF ’16, I was in between two blocks of shooting. At some point, you get funding and you don't have a choice when you get to make your film. [The making of] Those Who Make Revolution and The Little Girl Who Was Too Fond of Matches almost overlapped. I ended up stuck in an editing room, while my previous film was playing at film festivals. It was a pity, but I had no choice.

After winning the Best Canadian Feature Film award for Those Who Make Revolutions..., did you feel any pressure returning to the Festival with a new solo effort?

I don't think there's any pressure. It's only positive because it means there’s a little bit of a spotlight on my film because of last year’s prize. Hopefully, people will take a closer look.

Your film is an adaptation of Gaétan Soucy’s 1998 novel of the same name. Why were you drawn to this material?

Reading the novel, it’s not obvious it would make a good film. Its strength comes from the way Soucy was able to play these meta language games, so it was a lot of work to adapt into a screenplay. I’d read the book in 1998 when I was 18 years old and it made a strong impression. Even then, I [wanted to] make this film. Maybe it's a professional deformation but whenever I read a book, I'm always seeing scenes and cinema framings. Fourteen years later, a producer called me after seeing my film Le Torrent, which was an adaptation of a 1950 Québécois novel by Anne Hébert. He’d held on to the rights to The Little Girl for 14 years. This was always a novel I carried with me. Over the years, I would periodically re-read it but never with the intention of making a film because the rights were already sold. To be asked to adapt this book felt like an old cinemagraphic dream.

Your cinematography is so aesthetically charged. What were you inspired by?

Of course, there's paintings that inspired me and my cinematographer, but the idea was to stay close to the character and use wide angles. In film school, they teach you to avoid them because it's not supposed to be beautiful or realistic. There was this Czech film, The Cremator — the way the director Juraj Herz used them made the image ugly, but also powerful and striking. My cinematographer and I [decided to stay] very close to our protagonist; we needed to experience everything at the same time as she does because she’s experiencing life for the first time. That idea started the genesis of everything: shooting in black and white, the use of texture and diffusion, as well as all the candles, light, and fire. 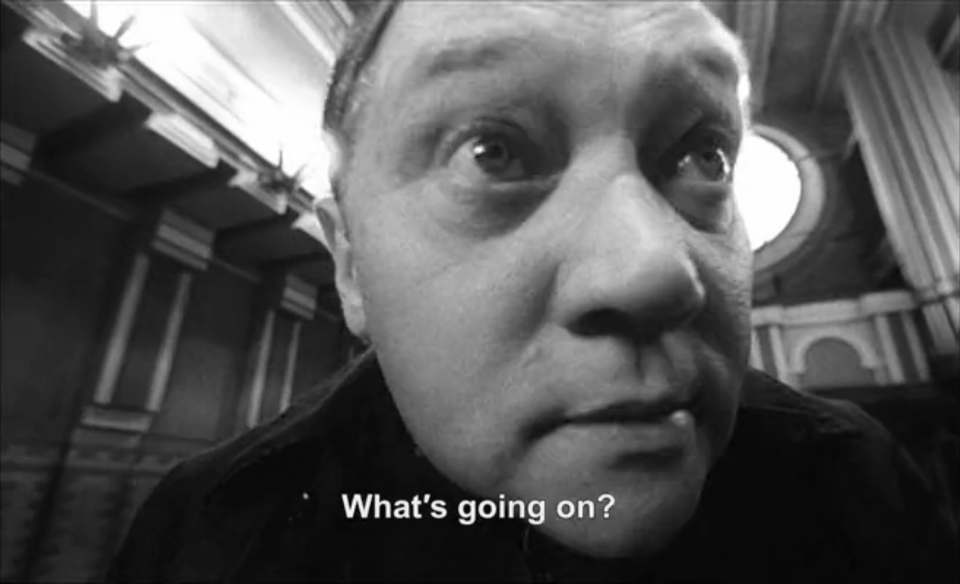 A still from the bizarre Czech horror comedy The Cremator by Juraj Herz (1969). 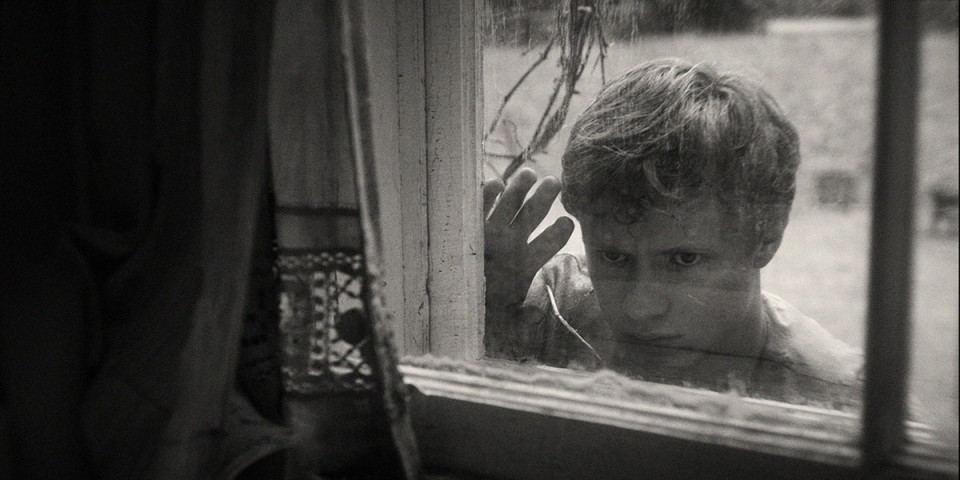 After making such a politically charged film last year, what role do you see emerging Quebec filmmakers playing in making films about culture there?

It's so long and rough, the process of making a film. When I have the [desire] to shoot something, I want it to be something that has meaning. The thing that I always come back to is to tell a story that will express Quebec culture because if Québécois filmmakers stop talking about Quebec, who will talk about us? We can't count on anybody abroad, so we have to tell our own stories. I'm always interested in trying to find out who we are, trying to forge a collective imaginary, a mythology. I want create new images for Québécois culture. Even though The Little Girl Who Was Too Fond of Matches takes place [in the 1930s], I think it's relevant to what the situation was in the Quiet Revolution [three decades later].

Quebec cinema has such a storied history, it really feels like a national cinema unto itself. Do you feel like there's a mobilization of young filmmakers in Montreal and otherwise who are creating this collective imagination?

There’s lots of creativity because our nation is already a question: do we want to exist? I would say in Quebec nowadays, there's lots of young filmmakers and even more older filmmakers who are continuing to make films in French and who are trying to be very anchored in our culture. On the other hand, there's this phenomenon of globalization that makes Québécois filmmakers want to try their luck in making more generic films which take place somewhere else in English.

I'm worried about it. I saw the programming at TIFF this year, and I was blown away because every single national filmmaker that’s had some success in his own language, in his own country, has somehow been taken in by Hollywood and now they're making international films with English-speaking actors. I would say it's a temptation in Quebec because we're such a small market and such a small culture. I don't want to throw stones at filmmakers who try their luck in the States, or in English Canada, but this is the situation we're in right now.

Those Who Make Revolution... had a political urgency about a contemporary issue facing young Canadians. Why do you think young Canadian filmmakers can shy away from making deliberately political films?

It might sound silly, but I think it's because cinema is now becoming a business. There was a time, such as Quebec cinema in the '60s, or in South America, or in Portugal, where you couldn’t earn your living from making films, so you had to make films with passion. There's a French expression (Lavoie speaks in French) it means “nobody wants you to make a film,” so if you do want to make a film, you have to struggle very hard. Now when you make a first feature you want to be sure you won't offend anybody so you can make another one.

Andrei Tarkovsky once talked about the young filmmaker who prepares to make the film of his dreams by making another one as a rehearsal. When filmmakers do this, they’re not being true to themselves, or to cinema. When Mathieu and I made Those Who Make Revolution..., we decided that, for once in our lives, just once, let's do a film that would be a total transgression. When I was fortunately able to make The Little Girl Who Was Too Afraid of Matches next, I approached it with the same state of mind.

You say you want a Revolution

These are the Best Canadian Films of 2017