Oscar-Nominated Cinematographer James Laxton on how Moonlight Changed His Life

Hear him on empathy, working with Barry Jenkins, and his favourite Almodóvar film 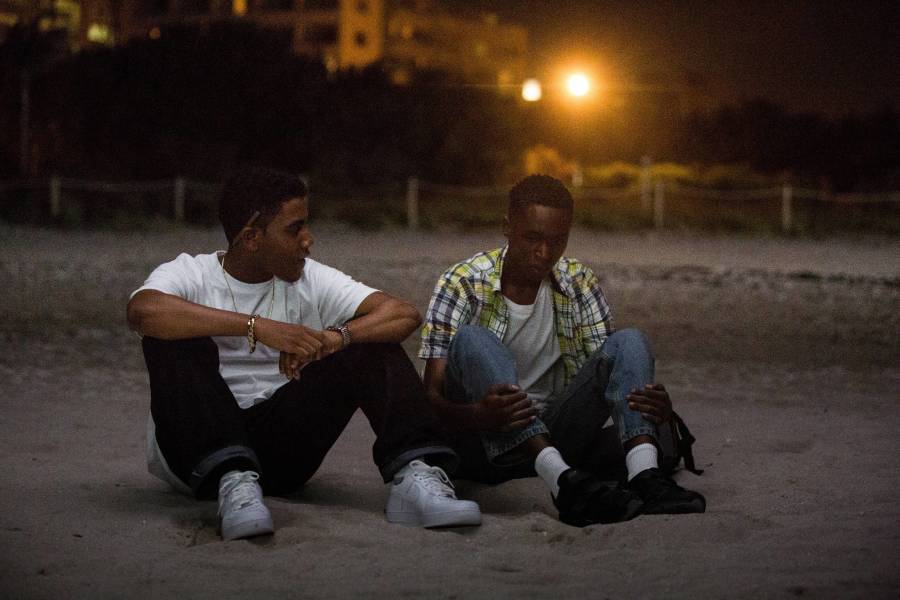 “Cinema can fill in the empty spaces of your life and your loneliness.” — Pedro Almodóvar

James Laxton is the Oscar-nominated cinematographer for Moonlight (the real Best Picture winner at last night's Academy Awards — playing now at TIFF Bell Lightbox). TIFF spoke to Laxton last week during the Next Wave Film Festival, where he delivered a master class at the Next Wave Young Creator’s Co-Lab. The following text is adapted from his conversation with Chandler Levack.

I love my job. Because I get to meet a lot of people and go to places other people may never get the opportunity to see. There's an amazing thing that happens when you encounter a new culture. The first thing is that you look so different, you feel so different. You speak differently. Then you spend a couple days getting to know a place and the people there a little bit deeper and immediately there's a sense that, “Wow, we're exactly the same.”

In Liberty City, the area of Miami where we shot Moonlight, I think the community was possibly a little apprehensive about all these white folks walking into their space. It felt strange for us on the crew as well, not understanding where we were and what these people thought of us. We shot in that area over three weeks. As the days went by, all the children in the neighbourhood started coming over to our set. Our producers invited them into the tent and they'd watch video village [the monitor] as we started filming. Then, their parents started coming around. All of a sudden, this dialogue formed between the crew and the community.

Some people would just come up to me and give me a hug, which doesn’t even happen in the neighbourhood where I grew up. What was fascinating was how wonderfully warm and accepting these folks were to people like myself, who have nothing to do with them. I shot Moonlight, but I’m a straight white man from San Francisco. So what do I have to do with this community? I think a lot, actually.

The way the camera moves, how wide or tight you are, what lens you're doing, all those choices speak to emotion. Our choices as cinematographers have a lot to do with how an audience perceives a story. I think when we talk about Moonlight, we talk about how it’s a story about feeling like an “other.” It's our perspective as filmmakers, which can hopefully disarm and allow people who might not look like these characters to feel comfortable getting to know them.

A lot of my job as a cinematographer has to do with being sensitive enough to listen, be conscious, and to be connected to yourself as well. To know how you respond to these feelings you’re seeing behind the camera in the moment, in addition to what is on the page. Because how I see these communities is in Moonlight. It’s also how the director, Barry Jenkins, sees them, the cast, the crew, playwright Tarell McCraney; but I’m in there in the film too. This idea is something I’ve only recently started to navigate in my brain. Moonlight, unlike other films I’ve shot in the past, had a real deep emotional impact on me. My life was changed by making this film, not just because of its success, but because of my experience of working in those neighbourhoods, meeting people from these communities. I have a different understanding and perspective of how I see the world. I know that sounds like a lofty idea, but that’s the truth.

Isolation is a massive theme in Moonlight. Cinematically, we present that isolation in a number of ways. Sometimes we’re on a long lens, even telephoto, blurring out the backgrounds to make our characters feel alone. Sometimes, we’re very wide and empty in a diner where Black (Trevante Rhodes) is sitting alone in a booth by himself.

There’s also an immersive relationship with the camera. That is, hopefully, to emphasize the idea that the audience can get inside any conversation. I think somewhere in the shifting of shots, the relationship between the actors’ eyes, their faces, is the idea that anyone can be a part of Moonlight.

Take that scene in the diner. I mean, André Holland is such an amazing actor. There was a moment where I was looking through the lens, and I just felt: "He doesn’t know I’m here, he doesn’t know anyone’s here." There was this true eye-to-eye connection with Trevante. I actually took my eyepiece off and peaked around to look at him. What he was doing was so unreal, I wanted to see it in the flesh.

Just to get technical: there’s this dance that happens on set. If I move any closer, these actors can’t see each other. To have me, this white dude with a camera, between the actors would be a complete mistake. I’m being patient and I’m trying to be sensitive, but I’m also trying to push the envelope and get the camera as close to the actors as possible because that’s what Barry and I wanted for their eyelines.

While filming a scene like the diner scene, or the scene on the beach, I’m listening, watching, reacting, and hopefully feeling what the actors are feeling. It’s my job to actually be a conduit between a character’s emotional state and light, camera movement. In a different movie, we would cut more quickly. But for Barry and me, it’s all about patience and tone.

Pedro Almodóvar’s Talk to Her was one of those DVDs I brought with me to Florida State University that Barry and I fell in love with as film students. Maybe that’s where Barry got the idea to use the Caetano Veloso song that we have in the movie. I was just at the BAFTAs last week in London. Almodóvar walked by me and I almost said hello, but I just couldn’t do it. I love him so much.

In Talk to Her, there’s a scene that begins with a shot of a man swimming in a pool. We see the form of his body as we watch him swim the breaststroke from overhead. He comes out of the water and it cuts from his eyeline to a performance by Veloso in a villa. We take a moment to watch this man play music, then go back to the story. It’s this weird scene that comes out of nowhere. But there was something about the form of the scene, both visually and narratively, that reminds me of the power of music. The combination of all those things — sound, picture, editing — was created for me there. It hits me every time I watch it.

I love Malik Hassan Sayeed’s work as a cinematographer. I just met him recently for the first time, in November at Camerimage, a film festival in Poland that's dedicated to cinematography. There’s a scene in Moonlight where Trevante and Andre are driving that’s an homage to Spike Lee's Clockers. I have a car that has blue LED lights and I made the PA drive it behind them to give André a little blue rim light, just like the movie. Even the way skin looks in Clockers was a massive influence for me and Barry. 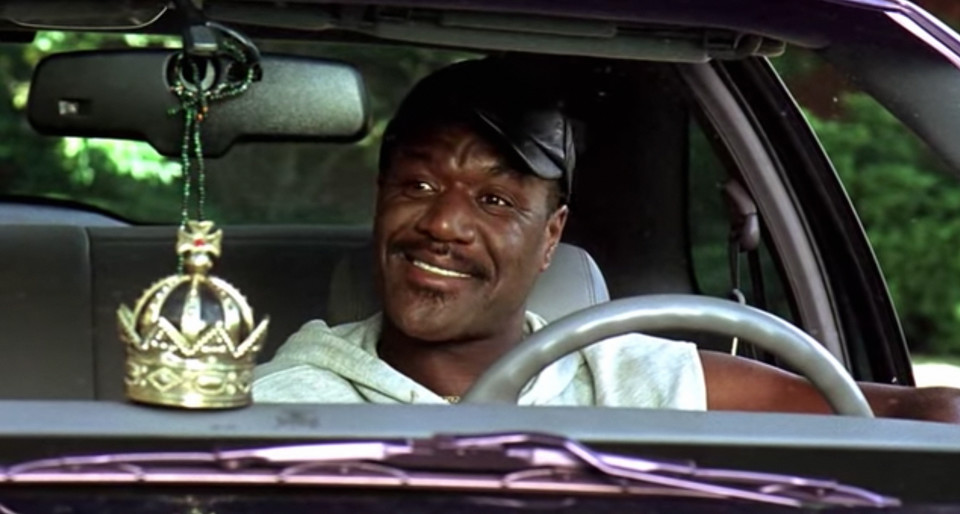 We're also massive fans of Wong Kar-wai, that Hou Hsiao-hsien aesthetic. IndieWire recently posted a side-by-side video comparison of Wong Kar-wai’s work with Moonlight. I showed it to my wife, Adele Romanski (also a producer on Moonlight), and her reaction was: "Did you guys know you were doing this?" Of course, me and Barry did not know! I was shocked to watch it, like, "Wow, I didn't realize that Maggie Cheung turns her head that way in In the Mood For Love."

Whether it's with colour or movement, these movies are in our DNA, just as location is. Miami is a character in the movie because Barry and Tarell are from there and they wrote so beautifully about the city they come from. 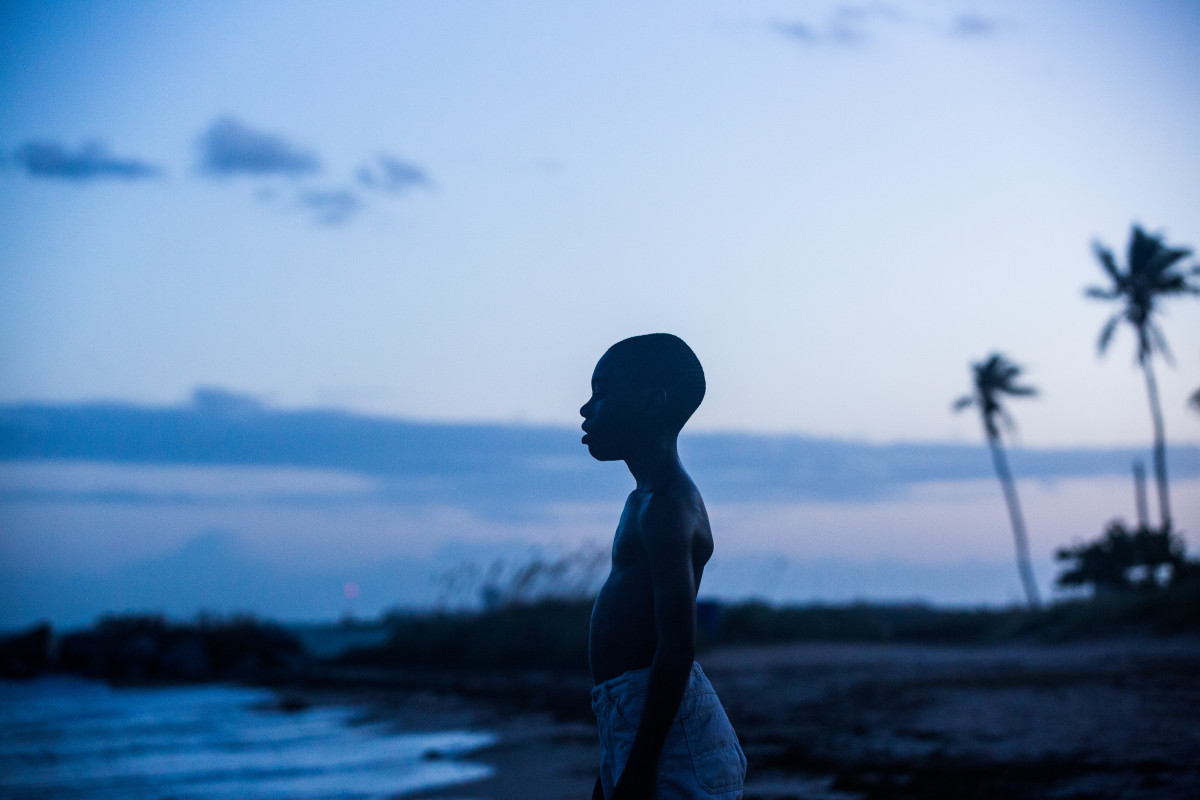 There are trends in cinematography. I see them; I sometimes like them. In Moonlight, we follow characters from behind handheld cameras, there are neon lights. When you see a fluorescent light outside the diner, maybe it reminds you of some music video you saw last week, but it feels true and real — like it should be there. When there's lens flaring in the argument between Naomie (Harris) and Mahershala (Ali) outside in the street, that technique might be popular, but there’s also a bedrock of authenticity. With the camera, you can emphasize a feeling and present a moment that feels big and has a large scope to it. At the same time, you're also navigating a truth within it. I think that's what Moonlight does.

What is really critical to the process that Barry and I have is the ability to look at any moment, any frame of the image we're creating, and have it feel authentic and true. Take the last scene of the movie in that kitchen. If I had this beautiful backlight with fashion contours of light, I don't know if it would've felt as honest. Clearly, this whole movie is about being honest and open. If you’ve ever been in any kitchen, there’s a practical light overhead. We augmented it with colour and diffusion to make it the right kind of light, but it had to feel real — because what connects an audience to a scene is light. When I watch a movie, I always want to be reminded of something I've experienced in the past. Now when I watch that scene, I'm back in my friend's kitchen.