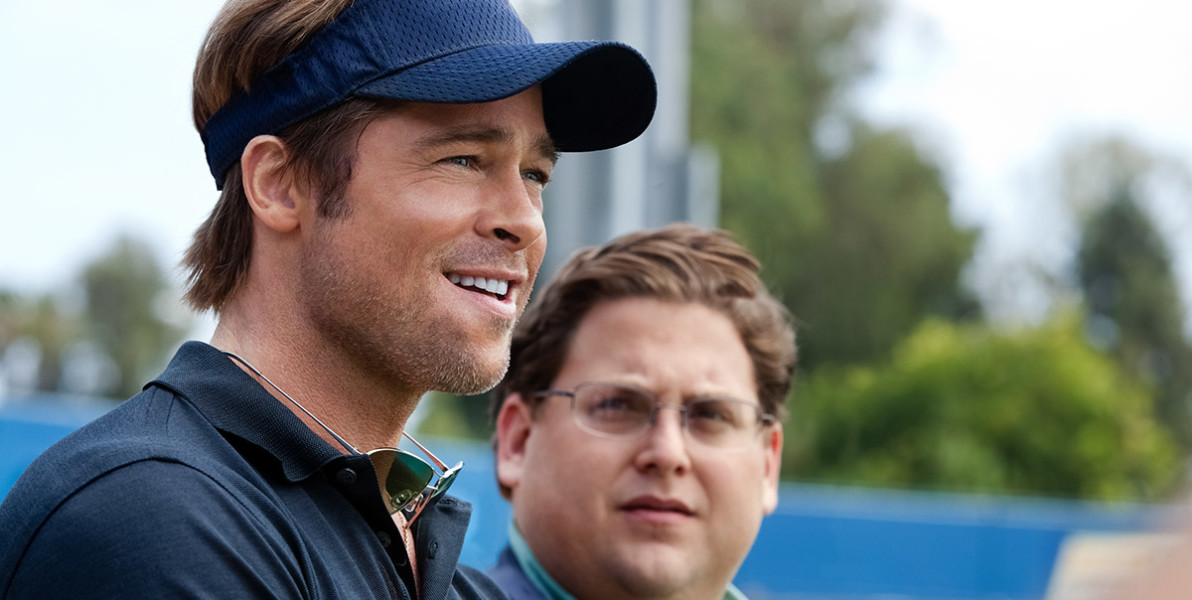 Moneyball: By the Numbers

Taking the conventional sports-underdog narrative and giving it a big-data spin, Moneyball is the real-life story of Oakland Athletics general manager Billy Beane (Brad Pitt). Strapped for cash and unable to hold onto his best players, Beane changed the game of baseball scouting when he used a Yale economics grad (Jonah Hill) to leverage statistics against the league's biggest teams. But what are the numbers behind this incredible story about numbers?

They may not be on-base percentages, but there are a lot of interesting digits behind this 2010 hit.

The number of writers and different versions of the screenplay adapted from Michael Lewis’s 2003 non-fiction book Moneyball: The Art of Winning an Unfair Game. The final filmed version was written by Aaron Sorkin and Steven Zaillian.

The number of directors attached at various points in development to this script, with Steven Soderbergh actually starting filming, before Sony pictures put the film on hold. Bennett Miller was the one eventually tasked with bringing the story to screen.

The number of pounds Chris Pratt had to lose before he landed the role.

The 2002 American league record for consecutive wins, set by the Oakland Athletics.

On Monday, March 28th, just days away from the start of the 2016 baseball season, producer Rachael Horovitz takes us behind the scenes of Moneyball for the latest in our Book on Films series. Get your tickets now.