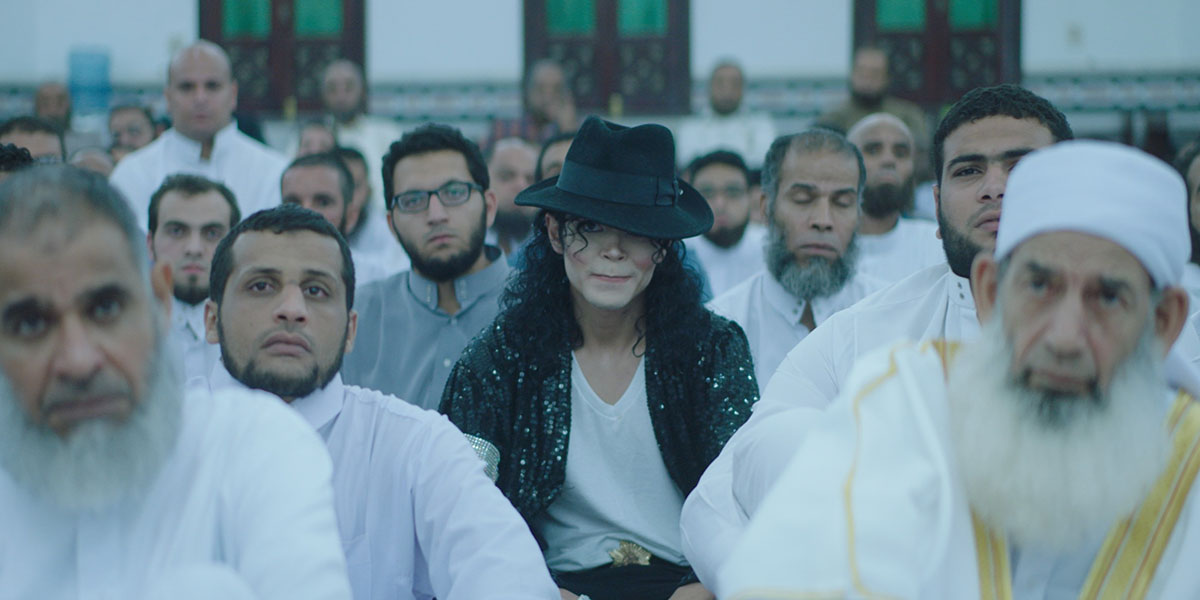 An interview with Amr Salama, the director of the feel-good religious extremist comedy Sheikh Jackson

"What's this Michael Jackson doing in a mosque?"

The most tender film at TIFF ‘17 to portray both a religious obsession with Islam and the pop-video iconography of the late Michael Jackson is a surprising feel-good comedy from Egypt. Amr Salama’s Sheikh Jackson profiles a young imam (Ahmad Alfishawy) whose life goes into a tailspin after discovering that his childhood hero, the King of Pop, has passed on. Salama’s careful portrait of religious extremism in Egyptian society is completely universal. It also captures the intense love any teenage fan has for their favourite artist. With both elements in play, Sheikh Jackson is a surefire crowd-pleaser that will also resonate with anyone who's ever tried to moonwalk their way to self-discovery in the face of intense familial or cultural expectation.

The Review spoke to Amr Salama, the co-writer and director of the film, via Skype to discuss the hyper-personal nature of his fourth feature, how the religious and cultural climate of modern-day Egypt has empowered a new wave of “post-Internet auteurs,” and why his therapist laughed when she read his script. Sheikh Jackson plays TIFF ‘17 in the Special Presentations programme on September 15 at 6pm at Elgin Theatre, and September 16 at 5:45pm and September 17 at 9:30am at Scotiabank Theatre.

How did you get involved with this project?

The idea for the film didn't come from me. It came from a guy called Omar Khaled; someone had introduced him to me. He called me, and the first thing he said on the phone was, "I have this idea for a film about an extremist who's in love with Michael Jackson." I said, "Wow, I wanna do this right away." There was a part of my life where I was a religious guy and a part where I was a Michael Jackson fanatic. Making this film felt like writing a memoir, which I thought would be an easy thing. But it turned out to be very hard. I wrote 11 drafts of the script. Omar helped me a lot with the rewrites. It was a tough journey for almost two years.

What was challenging about it?

The hardest challenge was that the film was too personal for me. It was too emotional; I felt very vulnerable writing the script because a lot of it had to do with my personal life. Whenever I had to delete a scene, it felt very painful.

Do you remember the first time you heard a Michael Jackson song?

Of course, it’s exactly like it is in the film. The first time I saw Michael Jackson was when me and my dad were watching television and I saw the music video for "Black or White." I remember asking my dad, “Who's that guy?" My dad said, "He's a drag queen, he's not a man or a woman." The next day at school, some kids were talking about Michael Jackson and I kept trashing him until I heard him for the first time.

You didn’t instantly love him?

Not instantly. There were two reasons, one of which was that I felt uncool for liking the guy that everybody likes. The second was that my classroom crush was a fan of Michael Jackson and I felt intimidated. The first album that I bought was HIStory: Past, Present and Future, Book I in 1995. I remember studying the lyrics exactly like it is in the film. My English was not that good, so I got a dictionary and started translating word by word what the songs were all about. I was really surprised they were not all love songs. Then I started becoming obsessed with him, I grew my hair long, shortened my trousers, and learned all the dances.

I’m curious how Michael Jackson was received in religious fundamentalist circles. Amongst your community in Egypt, was he considered an offensive figure?

In Islam, it's a very popular opinion that the whole music thing is forbidden. When you become very religious, you feel guilty if you listen to music, not just Michael Jackson’s.

Because you are at a certain point in your life and you've made this film, can you now reconcile these two sides of your life?

This film pays tribute to my old selves: when I was religious and when I was a Michael Jackson fanatic. The film came at a point in my life when I was trying to accept my past lives, my past personalities, my past selves, so it was therapeutic in a way.

What is the most nakely personal scene in this movie? And how are you feeling, as you're about to show this deeply personal film in front of a huge audience at TIFF?

I feel so exposed showing it to people! The hardest scene to write was when the lead character went to meet his father. I had a very good father, my father is nothing like the father in the film. But writing this scene was extremely hard because I was trying to find an allegory for meeting God. I thought of it as the character thinking, "Maybe I can love God, instead of being afraid of him." I re-wrote it millions of times and we did rehearsals with the actors until the day we shot.

I always wonder if making a movie can help filmmakers come to terms with the issues in their lives. Is filmmaking like therapy for you? 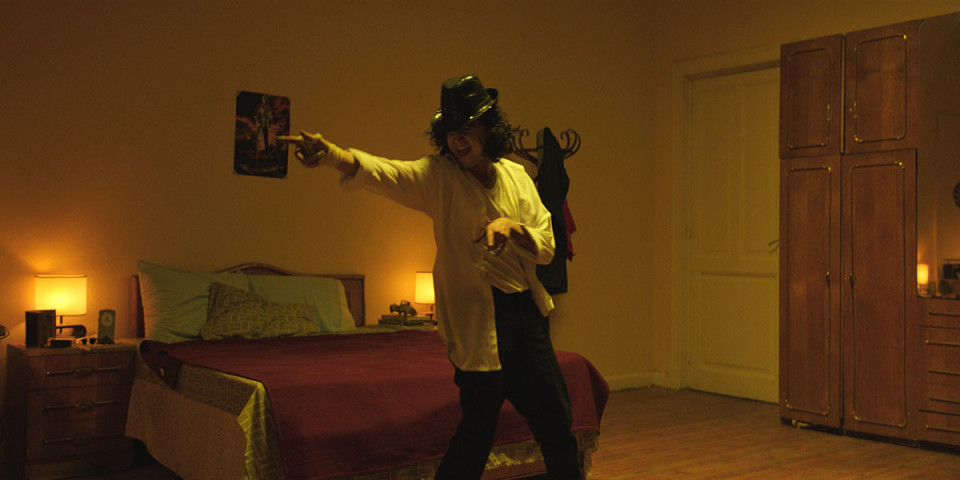 That’s so interesting. At that time of your religious fanaticism, did you feel the same way you felt about God, or Islam, as you used to feel about Michael Jackson?

That's a complicated question. I was raised in Saudi Arabia, my father and mother were religious people, and for a period I was more religious than them. There's a lot of things in life that actually distract you from devotion, so that's a dilemma every religious person has. There are a lot of temptations which keep people from being as devoted as they wish they could be.

Is this film the most personal thing you've ever made?

My last film was also quite personal. It was called Excuse My French (2014) and it was about a Christian kid who goes to a public school where everybody thinks that he's a Muslim and he plays along with that. That was loosely based on my prep school upbringing. It wasn't as personal as this one, I wasn't as exposed. This time writing the film, I tried to be as personal as I could be, but then I got too personal. The hardest thing was to stay in touch with myself.

How did you find that balance?

I remember meeting one of my script consultants who told me, "This should be a book, it shouldn't be a film. I don't want to watch this, I wanna read it." That made me go back and think about it as a film, it was like a slap in the face.

You do have a lot of cinematic imagery in the film, including a great use of flashbacks. What's your favourite moment in the movie?

It's the sequence where he finds himself in all the music videos of Michael Jackson, which was a pain in the ass to shoot. There was a lot of CGI. And the finale is my visual dream, I love it.

Does the current cultural and religious climate impact how you make films in Egypt?

Egypt is one of the most religious countries in the world and there are a lot of religious extremists. Two per cent of the population is maybe like the guy you see in the film. But if you visit Cairo and go to the hip places, you'll feel like you're in LA. We just came out of a very big political turmoil after the uprising in 2011. The whole country had the same identity crisis you see in the film, whether they should be a religious state, a secular state, or something in between. So it always goes on, it never stops.

Are there a lot of hyperpersonal Egyptian auteurs making movies right now?

There’s been a post-internet wave. We have been exposed to more films and want to tell universal stories. I have a couple of other director friends who are of my generation and we are all very proud of each other. I think when people see this film, it will not be as controversial as it is right now, but there's a lot of hype about it right now in Egypt. People want to know: what is this Michael Jackson doing in a mosque?