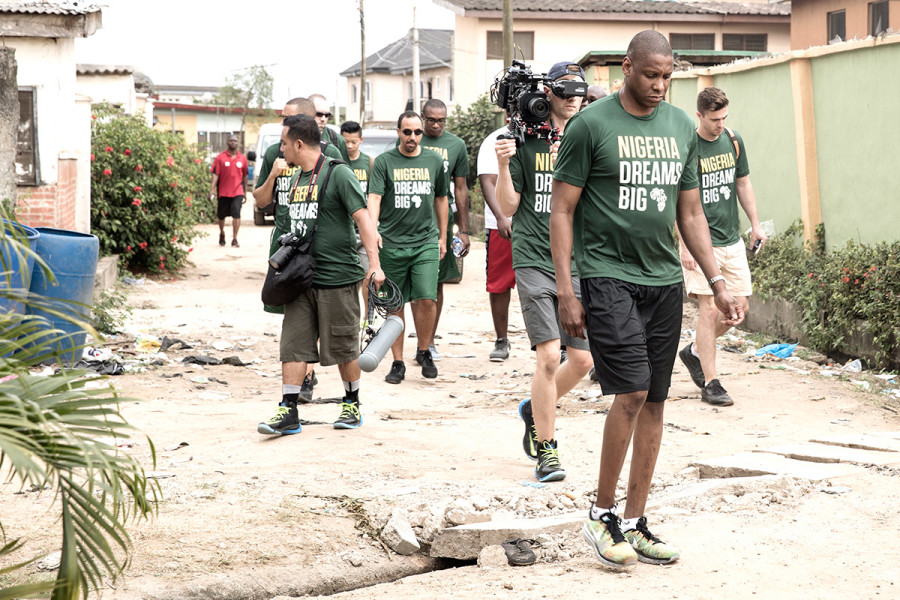 Daring, Moving, Vital and Dramatic: The Films of Nollywood and the Creative Energy of Lagos

President and General Manager of the Toronto Raptors, Masai Ujiri shares his love of Nigerian cinema

I was delighted when Lagos, Nigeria was announced as the feature of TIFF’s 2016 City to City spotlight. And when I heard TIFF was running a campaign to help bring the participating Nigerian filmmakers to the Festival, it was an honour to become involved.

Nothing quite compares to a Nollywood film — at once daring and moving, vital and dramatic. I have many fond memories of watching films from my home country. Growing up, my sisters first sparked my interest in film, which continued when I met my wife, Ramatu, who also loves Nigerian cinema. Now that we call Toronto home, my wife and I continue to seek out exciting titles, including the hilarious Mr Ibu.

This month, I’ll be back in Nigeria, and as I journey through its largest city, Lagos, I know I will witness artistry everywhere. This city is so vibrant and full of life. Its film industry especially has grown so much in terms of scale and creativity, that it feels urgent for everyone to experience this amazing, yet under-represented, corner of the world.

For this reason, I am asking you to share this journey with me.

"The filmmakers featured in TIFF’s City To City spotlight embody the creative energy of Lagos. They are pushing boundaries with their storytelling and unique visions of humanity."

The filmmakers featured in TIFF’s City to City spotlight embody the creative energy of Lagos. They are pushing boundaries with their storytelling and unique visions of humanity. Their presence at the 2016 Festival will be a monumental opportunity that will change their lives, as well as yours.

I’m passionate about providing this incredible opportunity for these filmmakers, which is why I’m asking you to help bring them to Toronto, by donating to TIFF today.

The cost for each filmmaker to come to the Festival is over $3,000, yet this journey is imperative to their professional development.

__With the Festival only weeks away, your tax deductible donation is needed today. Donations of all sizes make a difference! __

As a previous TIFF donor, thank you for your generous support. Together, we can offer these filmmakers the global stage they deserve at TIFF 2016.

Masai Ujiri
President and General Manager of the Toronto Raptors