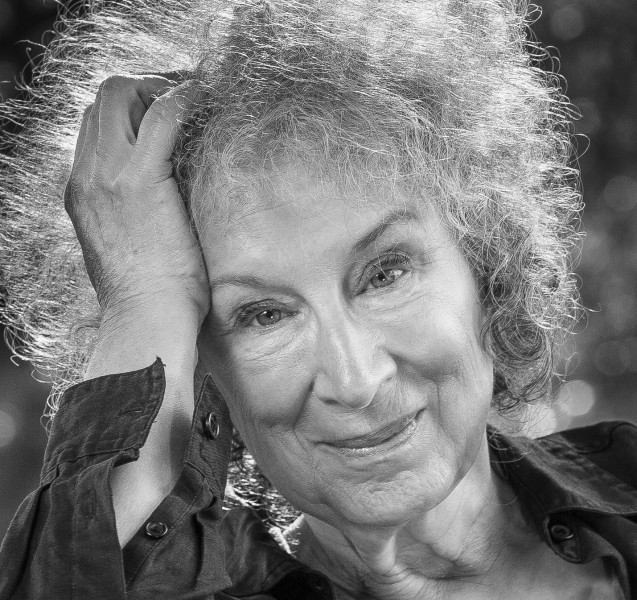 Margaret Atwood is at TIFF Bell Lightbox to promote her new book Hag-Seed, a modern retelling of Shakespeare’s The Tempest. (Last night, she introduced a screening of Julie Taymor’s 2010 adaptation before signing books for fans.) Set in a backwoods Ontario town, a prominent theatre director (who has been ousted from his company) is doomed to teach Shakespeare’s Tempest to prison inmates. A calculated revenge plot ensues that blends the iconic text with Atwood’s propensity for good humour, dramatic horror and intricate character study.

Of course, when you’re interviewing the writer of such works as The Handmaid’s Tale (a TV adaptation is currently being filmed in Toronto, starring Elisabeth Moss), Oryx and Crake and The Blind Assassin, it all comes back to science-fiction. (On another Atwood adaptation front, an Alias Grace TV mini-series for Netflix is also currently being shot in Toronto, written by Sarah Polley and directed by Mary Harron, starring Anna Paquin and Sarah Gadon.) “The Tempest is probably the closest that Shakespeare comes to doing sci-fi,” says Atwood. “Think of what it has in it: invisible flying-around people. Something out of Star Trek lives on that island. That's for sure.” With that in mind, we spoke the prolific Canadian writer about our fall programming, which includes a 50 Years of Star Trek retrospective, The Fifth Quadrant: Sci-Fi Cinema After Star Trek and an election-year special, highlighting political satire on film.

Margaret Atwood: Did you see Star Trek Beyond? Did you think it was stupid?

What was that ending? Somebody had a battle with a fur rug. What was that thing? There's a lack of clarity in the storytelling. Maybe that was supposed to be an energy ball. It got all over him, anyway. Death by dust bunny.

Let’s go back to Captain Kirk, the first incarnation and the scratchy underwear. Slightly wrinkly. It got more elasticized later on. Well, lots of the outfits got somewhat more dapper. They didn’t have the polyester feature that they had later on.

Would you consider yourself a Trekkie?

Need you ask. (Laughs) Live well and prosper. Well, we used to watch them, of course. They were a great thing to watch with kids because you knew that every episode was going to end without the principal characters being dead. And you also knew that there wasn’t going to be any really embarrassing mushy sex. (Laughs) So, very exploratory. Each was an adventure unto itself. 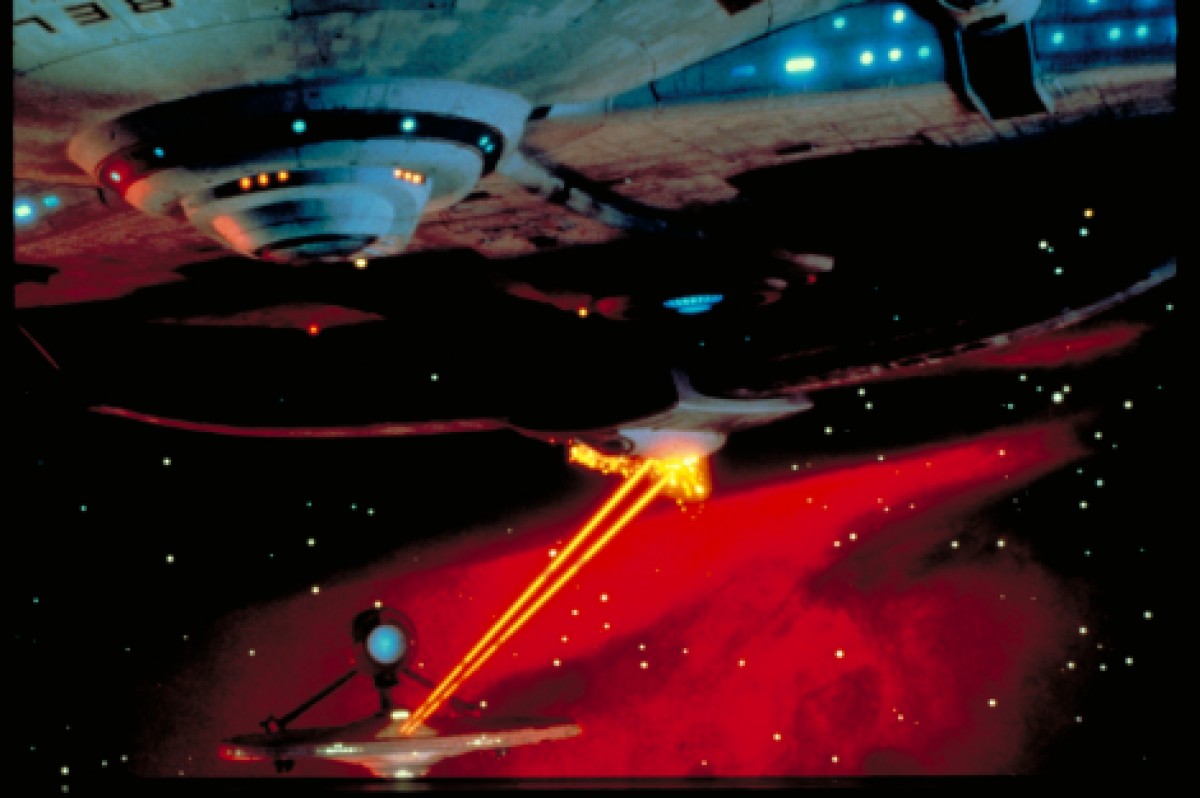 What are your favourite science-fiction films?

Well, Blade Runner has got to be number one, has it not? It's wonderful on so many levels, but the visual [storytelling] and the acting is excellent.

What do you think science-fiction can do as a genre to allegorize contemporary society?

Well, it has always had a satirical element. You can blueprint the future based on the present. A lot of sci-fi extrapolates from where we are now and pushes that three or four steps further out, and allows us to decide whether we want to go there. And it has famously been a way of examining the boundaries of humanity. So, is this human? Well, what about this?

The first [text] to do this was R.U.R. (the 1920 Russian sci-fi play) which gave us the word "robot”... it's a lot like the premise of Blade Runner. Those who have been created to be servants and functionaries raise the question: are we too human? We're claiming this human status for ourselves, there's been a lot of books and films built around that. So in Star Trek, of which you're doing a retrospective, that would be represented by Data. Is Data human, or is he not human? Or, is he just strangely golden-coloured? But the first strangely golden-coloured people were in The Iliad. So this is a notion that goes way, way, way back.

I never thought about that connection between Greek mythology and science-fiction. The Odyssey is like Star Trek in that way of travelling to different worlds and dimensions...

Of course, Star Trek is like The Odyssey. But the artificial people are in The Iliad, it's in the chapter where Achilles gets his special armour. And it's made by the god Hephaestus who is this myth god. And because he's lame, he's created some helpers made of gold. They're attractive females. What a surprise.

__In The Handmaid's Tale, I think that question of "are they human" translates to the subject of women. __

Well, are they fully entitled people... But we've had that again. I put nothing into The Handmaid's Tale that people hadn't done at some time at some place. This has a very long history. Not only women being treated as less entitled than non-women, slave cultures existed in the ancient world for a very long time.We think of slavery as being the American south in the 19th century, but there's a huge history that goes way back. So, which people are you going to deprive of status in order to make them work for you?

On that theme of dystopia, we're also doing a series at TIFF about the US election and political satire.

And because you’re so incredibly smart and politically-savvy on social media... I was wondering what your thoughts are on the current American election?

Well… it's a long story. But the short-form is: Hillary Clinton's a better man than Donald Trump. My other Canadian thought is: who would you rather have on a canoe trip with you? Supposing, you'd have to have one, I'd have much rather have Hillary. Because at least she would pull her weight and make it over the portage without whining. I mean, the amount of whining that Donald Trump does is really quite striking…

It’s beyond anything that you can really satirize. People are making skits out of it, obviously. Saturday Night Live is. But in order for there to be satire, there has to be a gap between reality and the satirical version of it. And there kind of isn't. It already is a satire of itself. So a lot of Americans are just tearing their hair out or crying because is this the best their country can do? This is supposed to be the country that is the leader of the world. It's supposed to be an example. What has become of it? It's very sad. And quite frightening.