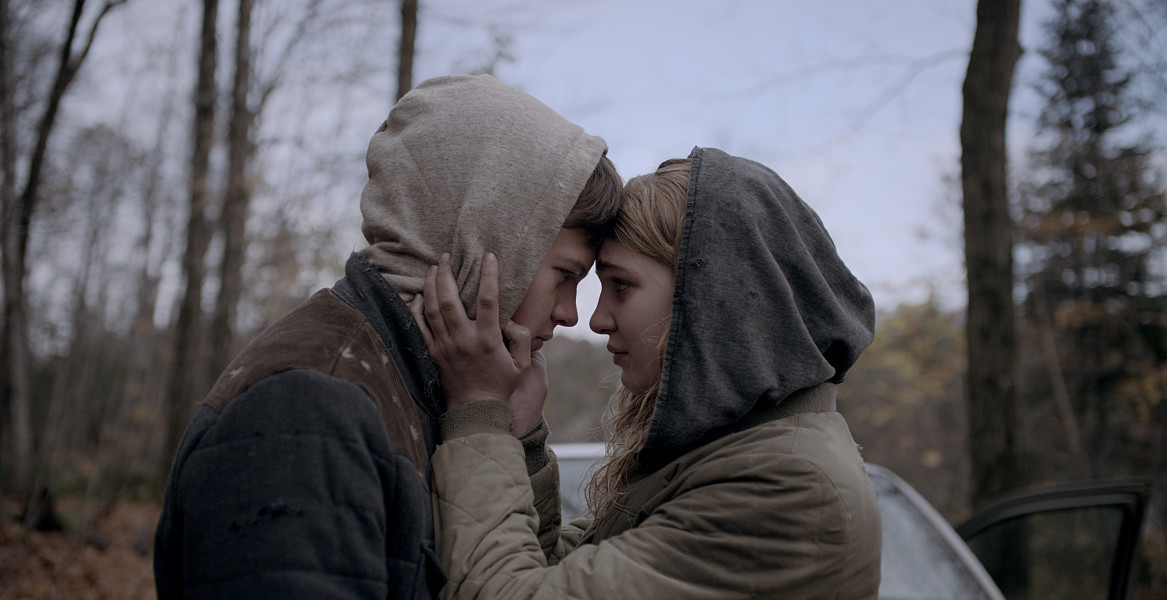 Lovers in a Dangerous Time

Two teenagers in an oppressive small town on the US–Canadian border go on the run in Mean Dreams, the second feature from director Nathan Morlando. The film — which played TIFF 16 and screens January 22 as part of the Canada’s Top Ten Film Festival — is a sumptuously lit, emotionally charged melodrama that recalls Night of the Hunter and Badlands and features two brilliant performances in TIFF Rising Star Sophie Nélisse and Josh Wiggins (as young lovers Casey and Jonas). Throw in Bill Paxton as a rattled alcoholic hell-bent on destroying his daughter’s new relationship and Colm Feore as his corrupt cop accomplice, and you have a brand new Canadian genre mashup that feels completely timeless.

The Review met up with Mean Dreams director Nathan Morlando (whose first feature, Edwin Boyd: Citizen Gangster, won the Best First Canadian Feature Film award at TIFF 11) over coffee at TIFF Bell Lightbox to discuss the current state of Canadian cinema, how millennials will save the world, and the cultural baggage that comes with directing Canada’s Laurence Olivier.

What appealed to you about this script?

I liked the simplicity of the narrative. It was a fresh take on first love that explored the darker qualities… the painful feelings of separation from family. I thought it was, on the surface, a really great thriller, but I saw it as a psychological, emotional metaphor for when teens first fall in love and separate from their parents.

I did an interview with Guy Maddin where he spoke about how, for him, every movie is about killing your parents. Do you agree?

You have to go through that. Every story is like killing your parents, even on a spiritual level. It's a prominent theme in our life until the day we die, and sometimes we die as adults without having matured through that process.

What were your references for this coming-of-age story?

Badlands was a reference. Night of the Hunter. I studied Prisoners very closely for tension. No Country for Old Men was a reference, almost for the moral state of the world. All these institutions have failed these kids; they're physically moving into the unknown, their bodies are changing. There's no reliance on an outer institution, their parents are not there, the church is no longer there for Jonas. The police aren't there. The school isn’t there for him. Their first night out, they sleep in an abandoned school bus with the windows blown out, then they camp another night in a mining pit. So the environment is being excavated and I really liked that existential, unknown quality to the world.

__This is a world that's very timeless and placeless. These teenagers are completely removed from technology, as opposite to millennials as could be. __

I wanted them to feel more isolated because millennials are so wired in. Falsely, I think — it gives a false sense of security. We wanted to intensify their sense of isolation, so there was nothing for them to hold on to. From a production design point of view, we made sure that no cars or clothes were dated past 2002. I wanted it to be in the heart of North America, situated in the Great Lakes region. We have some Canadian symbolism in one of the first scenes in the grocery store: there's maple syrup, a Canadian flag. US money is prominent, but we thought of it as a border town. We wanted to keep the physical location and the time period ambiguous, ideally to intensify the fable-like quality of the story.

__The characters in Mean Dreams are fairly archetypical, but you get these incredibly nuanced performances from your two young actors. How do you, for example, direct a 16-year-old-girl to point a gun at her father? __

Sophie's character had to deal with some very mature themes that unfortunately a lot of younger individuals go through in challenging households. To get Sophie's performance, just to get her understanding her character, was a very delicate conversation. With her, with Bill, it was very important that we get as close to real as we possibly could; let's confront it in all its truthfulness and potential horror, let's ride that edge. The idea was that six months from now something really bad was going to happen between them.

I've never seen Colm Feore play a role like this before. What was it like to take one of Canada's most likeable actors and basically have him aid and abet a serial abuser?

It was fantastic! He was really excited about the role. He's phenomenal, right? Working with him was, in many ways, the greatest intimidation factor. Colm came with a lot fantastic cultural, historical baggage. He's our Laurence Olivier.

__Your teenage protagonists are very moral, committed people. Do you feel like that’s accurate to what teenagers are like today? __

I'm hoping so, otherwise we're really fucked. Because this generation is the generation that is going to save the world. It's unfortunate that history has put it on them, but that's where we're at. What I found very attractive about Jonas was his sincerity, purity, and belief in a higher order. This is what makes him so noble and heroic, but also naive and foolish for putting them in such danger.

One of the qualities that attracted me to the script was the spiritual tension between these two future lovers. She was an atheist and he was a theist, but they found a middle ground through love. She challenges his whole moral, philosophical view of the world in that conversation around the tree and at the end he says: "Do you want to be my girlfriend?" And he loves her, he's not just being moved by his hormones. He's making as pure of a connection as he can and she's the one who makes the move on him. For Josh and Sophie, the scene that caused them the most stress was the kiss. They talked about that kiss a thousand times. That was the last scene we shot, and they asked me from day one, how many angles I was gonna use, how many times were they going to have to do it ... They'd never kissed onscreen before.

The film is shot so beautifully. You talked about how Badlands was an inspiration. How did you work with your cinematographer Steve Cosens to achieve an emotionality that is even bigger than the performances?

Steve is a master of light and a master gentleman. We have deep conversations together and it translates into beautiful imagery. I feel very grateful for my relationship with him both personally and professionally. It was very important for me to shoot in the fall, so we rushed to pre-production to make that happen. Because I wanted the landscape to mirror the transformation the characters were undergoing. The whole world is changing around them. The American painter Andrew Wyeth was a major, major reference for me, more than any filmmaker. I used all his paintings in my vision book that I shared with Steve and my crew. 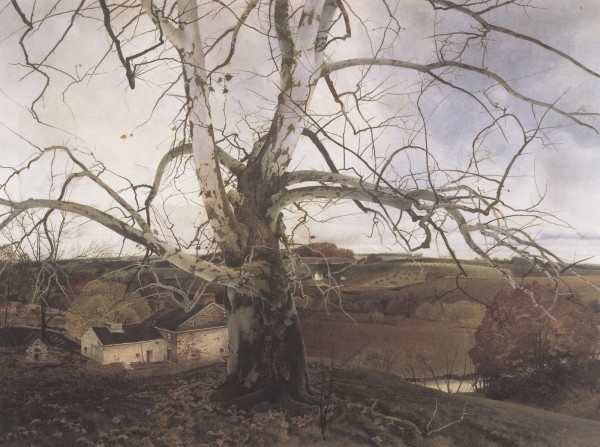 I feel like with this film and in your previous movie Edwin Boyd: Citizen Gangster, that you like to play around with big archetypical American genres like the “gangster movie,” “the lovers on the run” film… Do you still consider yourself a Canadian filmmaker?

I am Canadian and I am a filmmaker! Many of my role models are authors. Michael Ondaatje is a great Canadian novelist, but he doesn't feel that his identity is in any way diminished or challenged by placing his stories around the world. I'm not sure why Canadian directors are under a different obligation to maintain their identity than any other artist. Canadian painters can go around the world, painting any kind of canvas they want. Canadian novelists get funding and can place their characters in Paris, India.

And yet, this thing keeps repeating itself. That if a Canadian director places their story somewhere else in the world, they're trying to avoid the stigma of being a Canadian film. I think our obligation as artists is to communicate with the world. I would love to make a story that takes place on the east coast, I'm in love with that landscape. But I don't think my camera always has to say that, it just depends on the story.

It should be an universal theme, right?

I lived in Los Angeles, and the difference I've seen in the last decade in Toronto specifically is that we're more proud to be Canadian. Particularly in the current world climate, Canada and Germany are going to lead the liberal movement. That's a big task and a big responsibility.

I think positive things are happening. We're taking the lead on empowering female directors, CBC and Telefilm made some huge recent initiatives.

I think the need for representation is really crucial in cinema right now. If you have more female filmmakers and minorities making movies, it actually broadens the cultural conception of what we think can be a Canadian film.

I just did a round of meetings in LA and everyone's looking for female protagonists. The political situation might be dire, but Hollywood's not changing, Hollywood's fighting. It would be interesting to do that on a bigger scale, to appeal to people in the heart of North America. Manchester by the Sea, which is considered one of the great films of the year, has only grossed $35 million at the box office. Everyone in the world is talking about Rogue One, which has a female lead, a diverse cast. It did $150 million on its opening weekend. 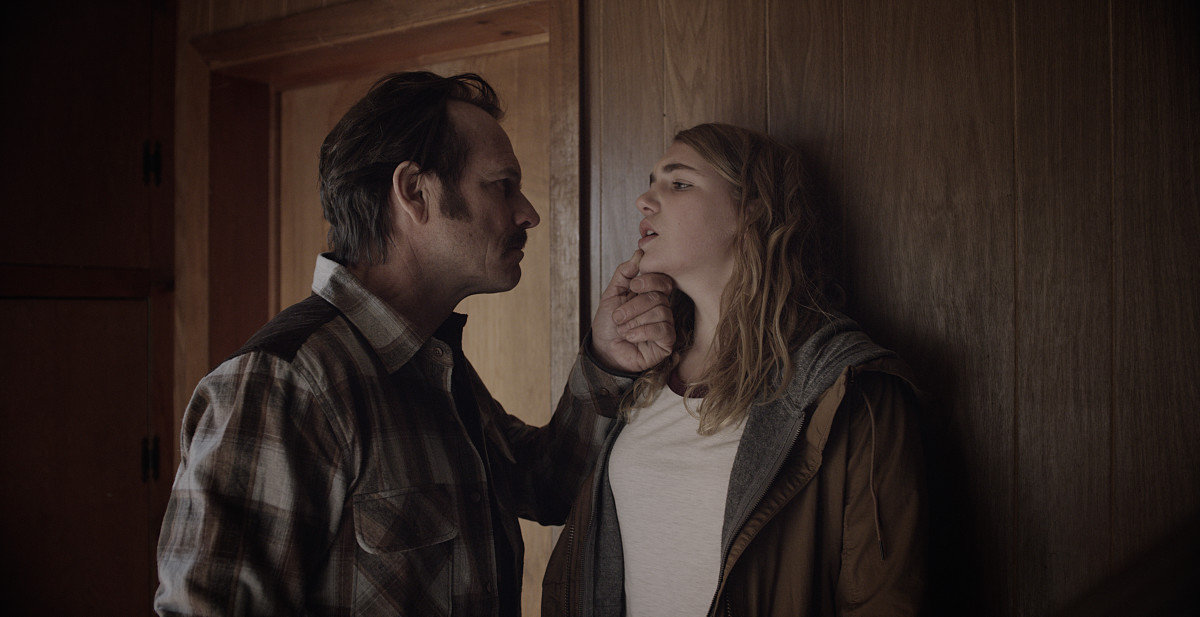 I don't know, I'm working on it. (Laughs) You know, Denis Villeneuve is a very inspiring model. Arrival is a smart science fiction film delivering an important message about universal trust, not about isolationism. His film is gonna break $100 million in North America.

Do you feel like there’s been a shift with this emerging generation of filmmakers? Is the stigma of “oh, Canadian movies aren't interesting” finally gone for good?

Canada’s Top Ten is an amazing representation of filmmaking in this country. There are so many great and exciting films with strong drama. This isn't dull cinema. This next generation of filmmakers are looking to make interesting cinema without saying what it is to be Canadian. Because they are Canadian! They're making what they want, they're not doing it as a backlash. But I think we're also indebted to all the filmmakers that came before us. They paved the way and gave us an arena to work in… an infrastructure. Cronenberg’s Eastern Promises was a major reference for Mean Dreams.

That's what's so great about this festival.

It's one of the best things that Canada is doing right now. I mean, this whole building and what it represents is fantastic. It honours the art of cinema; TIFF is such a fighter for that. As a Canadian filmmaker, I'm so grateful and indebted to TIFF… they’re helping Canadians get out there, and they're doing it the right way.