From her very first film — which, as is so often the case for student works by budding talents who turn out to be major filmmakers, seems almost comically prescient about the nature of her movies to come — Kathryn Bigelow’s screen career has been a history of violence. Presented as Bigelow’s thesis project for Columbia University’s graduate film program, the 20-minute The Set-Up depicts two male skinheads fighting in a dark street, while two semioticians discuss the seductiveness of screen violence on the soundtrack. Though the film’s conceptual bent betrayed the young Californian’s eager immersion in New York’s downtown art scene — after coming to the city in 1970 to study visual art, she had worked for (and with) the likes of Vito Acconci, Richard Serra, and Lawrence Weiner — Bigelow’s already evident awareness of our visceral attraction to images we ought to flinch at provides something of a blueprint for her future work. Even as Bigelow became one of the few female directors to break into the boys’ clubhouse of Hollywood, the white heat of her images was accompanied by a cool intellectual distance. Here was a filmmaker for whom ideas (about gender and gender relations, the sexualization of violence, the psychology of risk addiction) and action went hand in hand, or maybe fist in face. 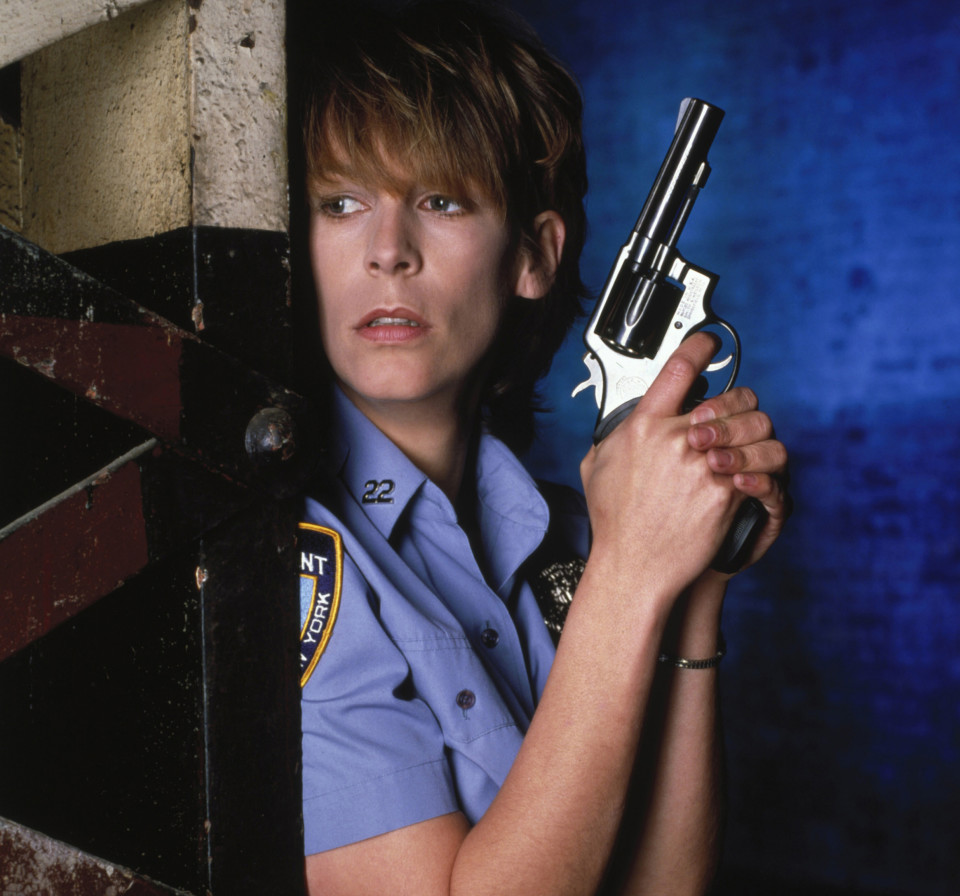 Bigelow’s methods became ever more sophisticated as she shifted out of her art practice into filmmaking. After her low-budget debut The Loveless (an arty, hipster spin on ’50s biker movies, co-directed with Monty Montgomery and starring Willem Dafoe), Bigelow made her critical (if not yet commercial) breakthrough with Near Dark, a grimy yet wickedly stylish tale of a pack of vampires traversing the American Southwest. (A terrifyingly slow-paced scene where the vampires turn a bar into a slaughterhouse makes genre-movie carnage play like a performance piece.) That same steely intensity would come to mark all of her movies, whether it was two Hollywood hunks going mano-a-mano during a skydive freefall (Point Break), a high-tech, first-person POV on horrific scenes of rape and murder (Strange Days), or a trio of American bomb defusers in Iraq blowing off steam in an increasingly brutal wrestling match (The Hurt Locker). 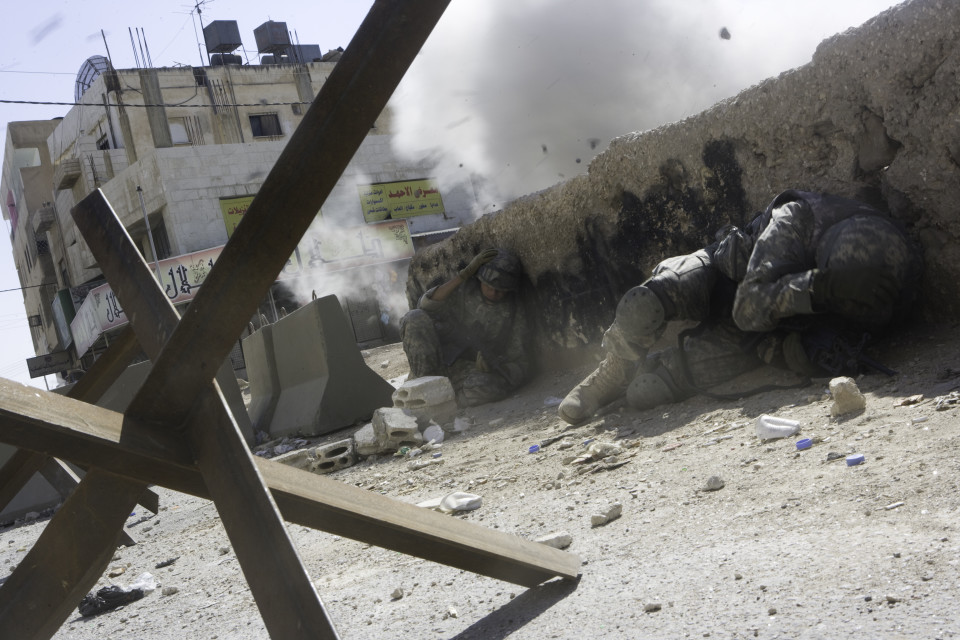 That last-named film was the occasion for Bigelow’s greatest public honour, when she became the first, and thus far only, woman to win the Academy Award for Best Director in 2010. That victory that was all the sweeter due to the fact that The Hurt Locker — an independent production that, like her four most recent projects, Bigelow also co-produced — represented her return from Hollywood exile, after the poor box-office performances of Strange Days and the Cold War thriller K-19: The Widowmaker nearly derailed her career. Bigelow’s struggles to finance her films in the 14 years before the triumph of The Hurt Locker are a testament to Hollywood studios’ tendency to punish their few female directors for failures far more harshly than their male colleagues. For her part, however, Bigelow has long disdained the tag of “woman director” and strived to ignore any possible obstacles in her way, for two reasons: “I can’t change my gender and I refuse to stop making movies.” 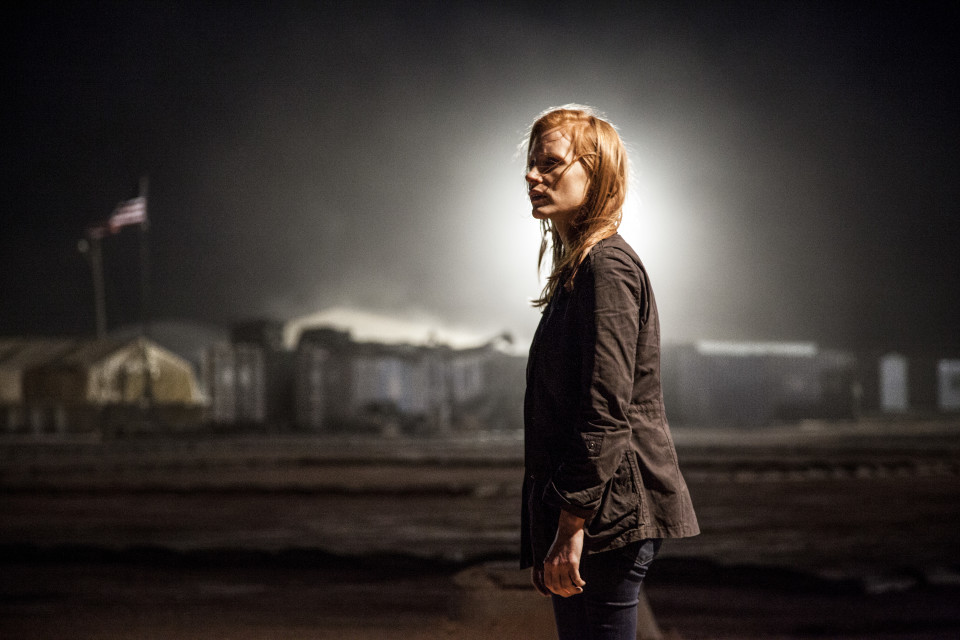 In addition to marking her return from the wilderness, The Hurt Locker also brought Bigelow’s long-running exploration of the mindset of “action junkies” into up-to-the-minute geopolitical reality, moving from genre riffs toward deeply researched docudrama. That mix was pushed to the max in Zero Dark Thirty, whose insiders’ account of the hunt for and assassination of Osama bin Laden drew equal amounts of praise and criticism, with some commentators charging that Bigelow had essentially made herself into a mouthpiece for the US military-intelligence apparatus. The ZDT blowback highlighted a tension that has long been at the heart of Bigelow’s work: the difficulty in reconciling screen violence’s opposing functions as a spectacle to savour (however guilty we may feel about it) and as a representation of the real conflicts and traumas that shape our world. (It’s a tension that will surely be present once again in Detroit, the director’s upcoming film about the 1967 Detroit riots.) Bigelow’s own mission has been to ensure that those images of violence are as disorienting, disturbing and exhilarating as they can possibly be. It’s your job to play semiotician.