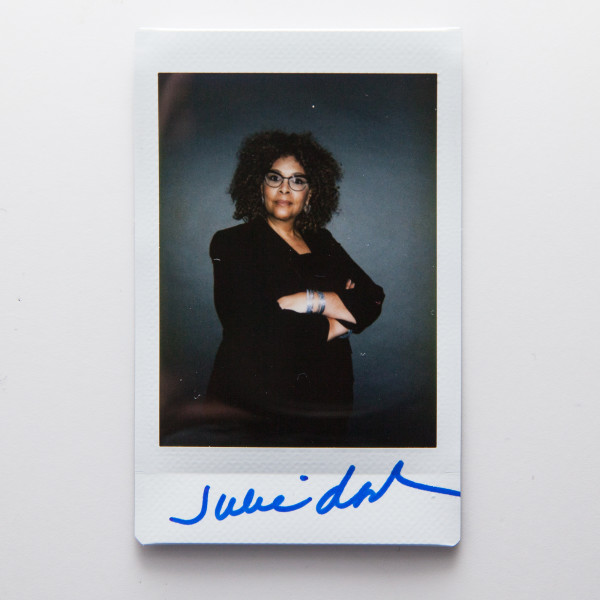 Julie Dash on Daughters of the Dust

From the LA Rebellion to the Beyhvive

Julie Dash’s debut film Daughters of the Dust may be 26 years old, but it’s now more relevant than ever. The period drama (which plays TIFF Bell Lightbox in a brand new digital restoration starting this Friday, November 25) concerns an extended family’s plight to migrate from South Carolina’s Sea Islands to the US mainland. They are the descendents of “saltwater Africans,” a line of former slaves captured from West Africa. The tension between family and history is foregrounded by a cast of strong Black women, particularly the matriarch, Nana Peazant (Cora Lee Day), who is determined to stay on the island. Sensuously filmed by cinematographer Arthur Jafa (a fellow member of what is now referred to as the LA Rebellion movement, a cohort of African-American filmmakers who studied at UCLA between the late 1960s and the 1980s), Dash’s film gained a whole new audience recently when it was cited as a major reference for Beyoncé’s visual album Lemonade. TIFF programme assistant Nikissi Serumaga interviewed Dash right after a Cinematheque screening of her film at the 2016 Toronto International Film Festival about her sources of inspiration, the new restoration of her film, and embracing the Beyhive.

You've been speaking about Daughters of the Dust for the past 25 years. How has your relationship with the film changed?

With all of my films, there’s the time of making it and then the time that you're editing it forever and ever and ever... then it goes into distribution and, finally, people see it. By that time, you're usually working on another film project, so it does push the film into the far regions of your mind. With each public screening, I have to pull it together to get the names of the actors, the dates, and the time it took to shoot it correct.

After 26 years, my relationship with Daughters of the Dust is like an old friend. An old friend that I've been privileged to revisit many times.

When Daughters of the Dust first played, it was part of the LA Rebellion. This community gave the movie two months of sold-out screenings. Now, with the influence Daughters had on Beyoncé’s Lemonade, your audience has shifted to the Beyhive. You’ve said that you're really curious to see how new generations will appreciate your film. How has that reaction changed?

Well, I had my first young audience just now at the TIFF screening, and the reaction was pretty much the same as it was 26 years ago. People were saying, "I never thought about things that way," and “it reminded me of my parents, going home and being with family members.”

Your family was part of Gullah community in South Carolina, where the film is set. How has your relationship to that place evolved over time?

I'm still seeing how much I'm learning about the Gullah community, even though my father and my paternal line of the family is from that region. I'm always learning more because they were hidden and suppressed. People were embarrassed to say that they were Gullah or Geechee, or heard speaking the dialect. Now it's in the open. Gullah Geechee is mainstream.

__Well, now that Gullah Geechee is mainstream, how does it feel to have Lemonade reference your film? __

Having Lemonade reference Daughters of the Dust is really remarkable to me. I'm thrilled by it, I'm enjoying it. If I didn't get a hundred phone calls saying, "You gotta see Lemonade!,” I probably would've just watched it and said, "Yeah, I get it." I don't feel attached to the images in the ways that people think I do. It's more like I understand how Beyoncé is speaking, I understand where she is going with this. I like the complexity of her art and how she uses her talent. 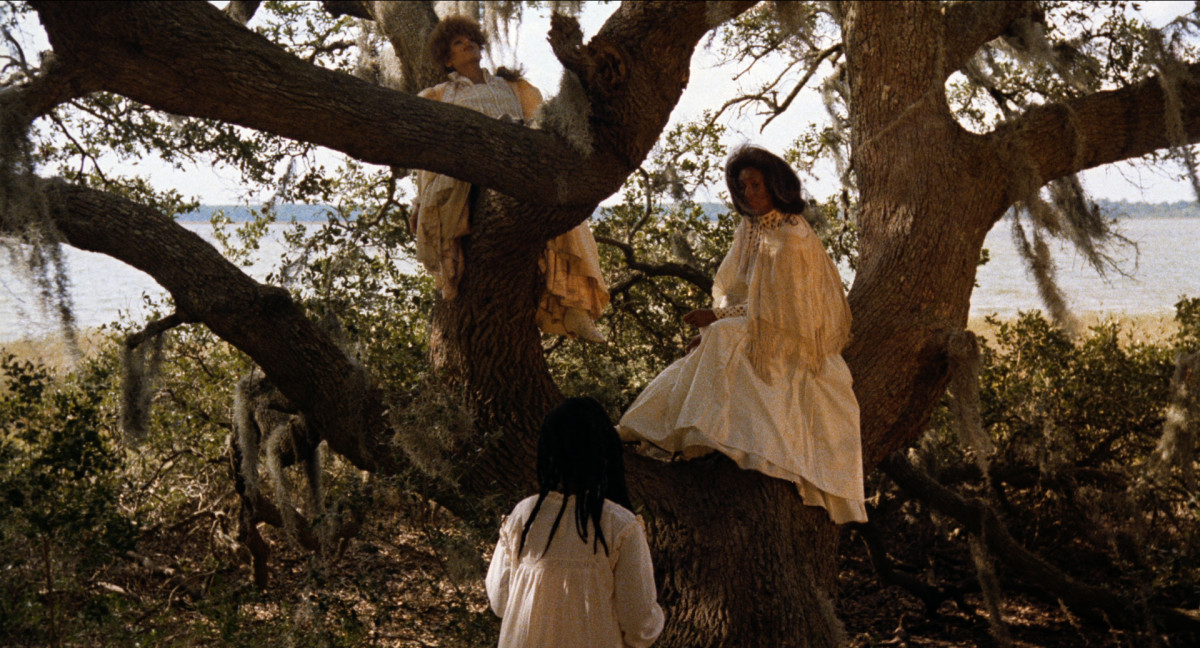 You're known as a person who creates these amazingly original images. What are your different inspirations and how do you communicate these ideas to your team? Especially if they don't have the same frame of reference.

I look at a lot of art. I go to museums. I listen to music and read different books. And I try to visualize what's not been made visual before, if that makes sense. It's like with poetry... when you're writing poetry, you don't want to write, "roses are red/ violets are blue/ sky is blue/ and so are you" because everyone knows that poem. When I'm trying to create a visual metaphor, I try to depict it in a way that has not been depicted before. Sometimes that involves montaging and juxtaposing contrasting images. You just keep massaging and working with it until you feel satisfied that you are saying something that needs to be said. But you're saying it in a different way that makes the viewer have an "aha!" moment. That's what I like doing.

With this new digital restoration playing at TIFF, you're able to watch your film in a way that you haven't been able to see before. What impact and impression has that made on you?

Since we were working with celluloid film at the time, it was chemical filmmaking; we weren't in the digital space. We had a work print that we edited. Then you go cut the negative, and the negative is developed and timed and printed. That’s what we never got to: the final cut with the correct timing, the release of the 35mm print of the film. Now I see what it was supposed to look like, so it's a really good feeling that we're back to the way it was.

You're a professor, what's the best advice that you can give to young filmmakers?

To watch films. To read and listen to music and to keep making films. You can't keep talking about the films you want to make. I teach a class on making your films with your iPhone or your Android smartphone. Because you should be shooting every day and editing. Just creating, playing with the shaping of light, colours, movement within the frame, the movement of the frame. Just keep working.