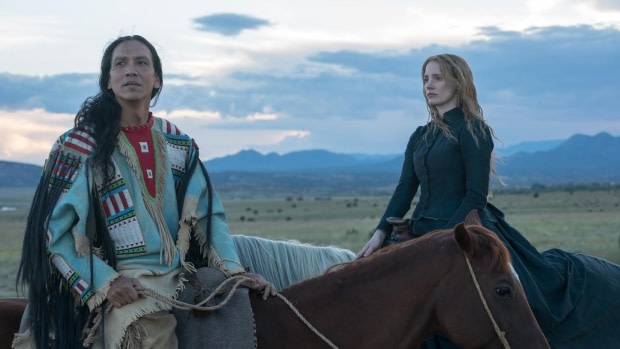 Whether she’s throwing light shade at Johnny Depp or advocating for the visibility of female filmmakers, actor and producer Jessica Chastain speaks her mind with passion and verve. The range of memorable onscreen heroines the actor and producer has created — from her dizzily comic Celia Foote in The Help, to her salacious, whip-smart Miss Sloane — shows that women in film can be strong, vulnerable, and hilarious, often in the same scene. At TIFF '17, she'll star as painter Catherine Weldon in Susanna White's Woman Walks Ahead, and as the real-life Molly Bloom, an Olympic-class skier who would end up running the world's most exclusive poker game, in Aaron Sorkin's directorial debut Molly's Game. Chastain's history of working with female directors, including Kathryn Bigelow in Zero Dark Thirty and Liv Ullmann in a recent adaptation of Miss Julie, also show her putting her money where her mouth is. Chastain also made her presence known as one of the jurors in a memorable speech at this year's Cannes Film Festival, alongside her colleagues Maren Ade, Fan Bingbing, Agnès Jaoui, Park Chan-wook, Will Smith, Paolo Sorrentino, Gabriel Yared, and jury president Pedro Almodóvar.

Chastain’s commitment to promoting women in film is also evident in The Zookeeper’s Wife, a $20-million film adapted from the book by Diane Ackerman which boasts a female director (Niki Caro), screenwriter (Angela Workman), and star in Chastain, who also served as executive producer. On January 17, Chastain joined us at TIFF for an advance Members-only screening of The Zookeeper’s Wife. During an intimate post-screening Q&A with Theresa Scandiffio, Director of Adult Learning at TIFF, Chastain emphasized the importance of truthful storytelling and how new heroes can be created in strong, female protagonists. Watch the full video to learn how she creates full, lived-in characters, and what she looks for when she's searching for a project.