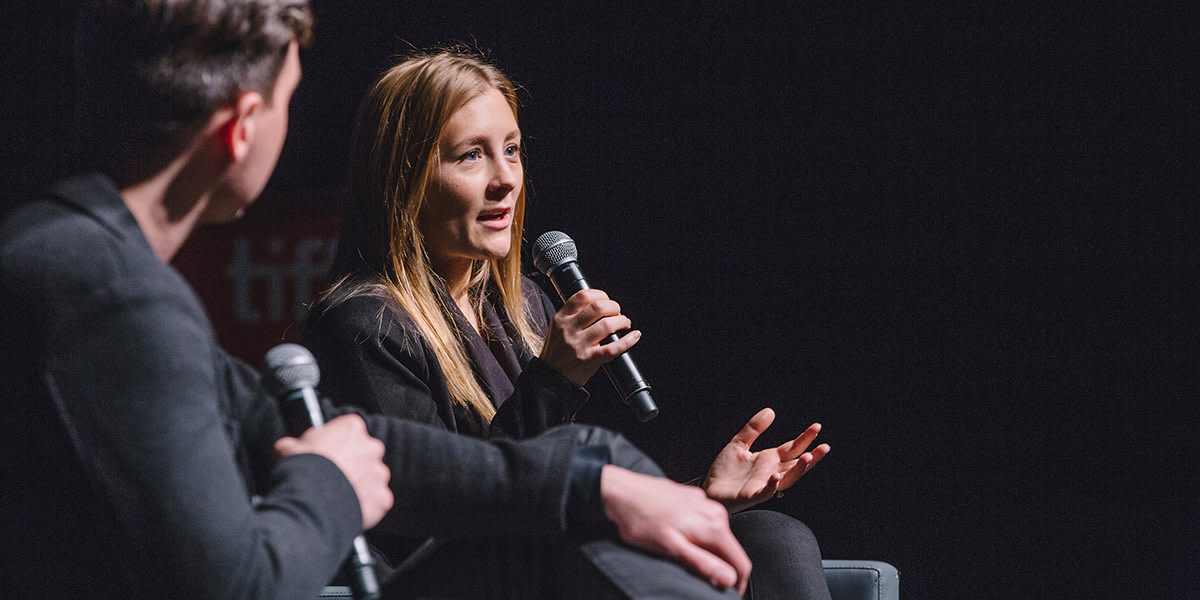 Jenna Anthony on This Was the XFL

ESPN Producer Jenna Anthony joined post-secondary students for a screening of 30 for 30: This Was the XFL, followed by a discussion on ESPN’s approach to sports documentary filmmaking.

Following a screening of This Was The XFL (2017), Jenna Anthony, Manager of Development and Documentary Film Production, joined university and college students to discuss the lifecycle of a film project at ESPN, along with their approach and philosophy. Launched in 2009 as part of ESPN’s 30th anniversary, the 30 for 30 series focuses on director-driven films, each of which reflects back on a major sports moment in history and its resulting impact on the game. In search of evergreen stories that stand the test of time, ESPN will either commission filmmakers when they have an internally generated idea or will review pitches from filmmakers with a particular passion or connection to a sports moment or athlete. In the case of This Was The XFL, the film was commissioned by ESPN after the idea for the story was generated internally.

During the post-screening conversation and Q&A, Jenna gave insight into the filmmaking process, including what makes for a strong story pitch, how filmmakers use archival footage in complementing interview commentary, as well as how ESPN collaborates with directors throughout filming and editing. During the talk, she gave the student audience advice on how they can leverage their academic studies as well as their extracurricular activities towards a career in the film industry.

Presented by ESPN, this Higher Learning event was held on March 31, 2017 at TIFF Bell Lightbox and was hosted by Keith Bennie, Senior Manager, Adult Learning at TIFF.