“The greatest actress in the world.” —Orson Welles 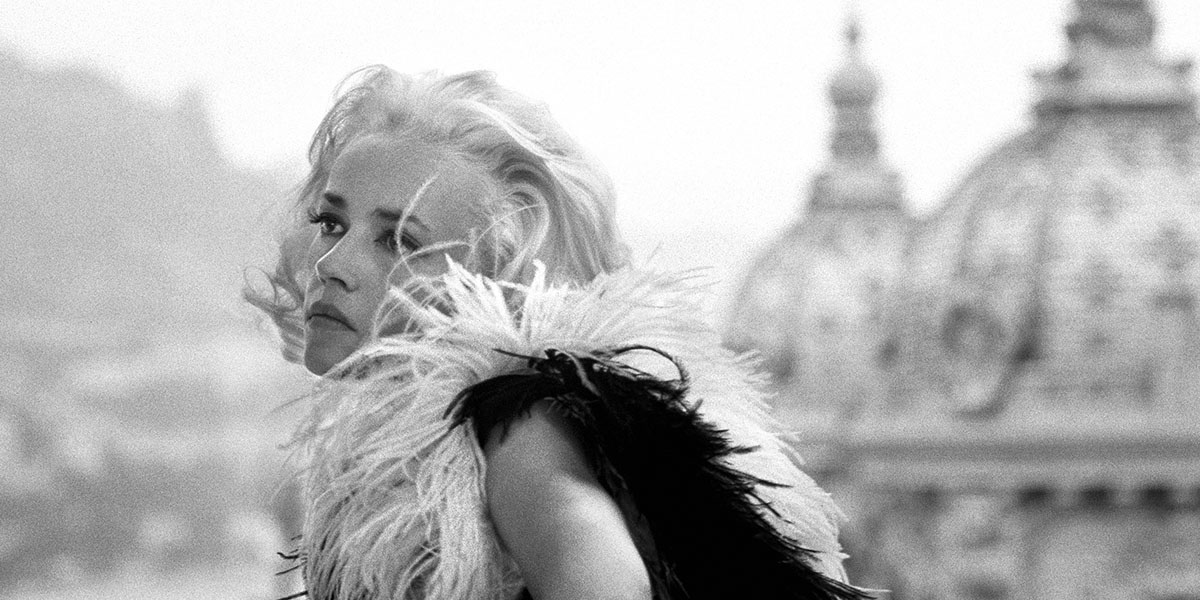 “Probably the actress I admire most.” —Jean Renoir

Before Louis Malle made her a star in the late ’50s in The Lovers and Elevator to the Gallows, Jeanne Moreau had appeared primarily on stage (Malle first saw her in a production of Cat on a Hot Tin Roof) and languished in forgettable films, though her coke-snorting moll in Jacques Becker’s brilliant Touchez pas au grisbi was a startling exception. After Malle’s double dollop of sex and treachery earned Moreau the sobriquet “Jeanne d’Arc du Boudoir,” she went on to increasingly perverse roles, in which she employed her sybaritic eroticism and scornful intelligence to manipulate, destroy, usurp power, exact revenge — and get away with it all. Her taste for perfidy reached its apogee in Tony Richardson’s Mademoiselle, which revealed Moreau’s gift for delivering caustic dialogue in both French and English (the film was released in two linguistic versions), with a Gauloise-cured voice equally adept in the language she had inherited from her British mother. (Moreau credited her English heritage for her facility for “outrageousness.”)

Both precise and intuitive as an actor (“You don’t have to do anything in front of the camera, you just have to be concerned,” she once declared), Moreau exuded mystery, her face seeming to compose itself most naturally into an enigmatic or insolent mask. Her combination of sensuality and sagacity inspired directors as disparate as François Truffaut, Marguerite Duras, Michelangelo Antonioni, Theo Angelopoulos, Orson Welles, Joseph Losey, and Rainer Werner Fassbinder (whose homage to Moreau in his last film, Querelle, approaches parody). Fully earning her sobriquet L’Immortelle, Moreau continued to act through her last years, avoiding safe projects for films by such uncompromising directors as Amos Gitai, Tsai Ming-liang, and Manoel de Oliveira. At the age of 85, Moreau said: “When I act it is not in order to a take step in my career but to take another step in my life. I will only stop when I’m dead.”

Dialogue of the Carmelites

Diary of a Chambermaid

Elevator to the Gallows