“The Gates are Not Open”

For James Baldwin, Fritz Lang’s lovers-on-the-run noir was a vision of American society as prison 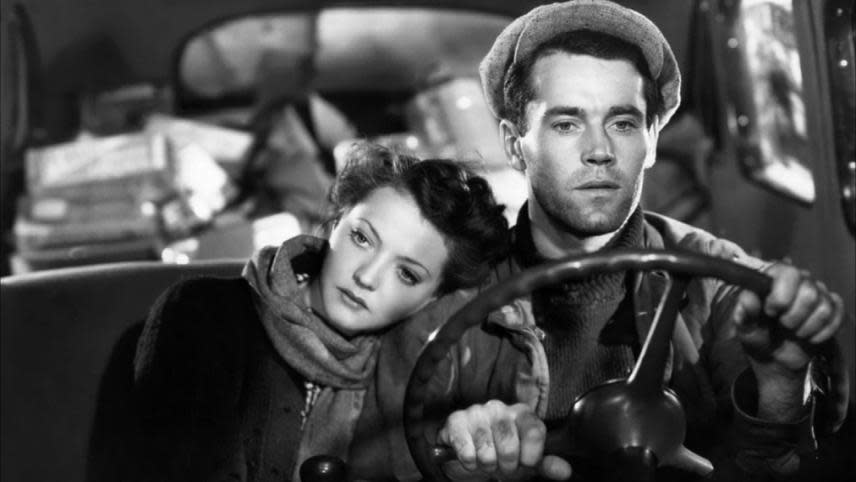 Raoul Peck’s Oscar-nominated I Am Not Your Negro reveals many sides of James Baldwin: novelist, essayist, poet, playwright, thinker, devastatingly eloquent voice of resistance — and film critic. Baldwin, like many intellectuals, often referred to popular Hollywood cinema to illustrate his ideas about American society and, specifically, his analyses about race and racism in the US; but he was unlike many intellectuals in the subtlety, nuance, and fine-grained readings he brought to his observations about film.

As a complement to I Am Not Your Negro, which opens at TIFF Bell Lightbox on Friday, February 24, we present a series of excerpts from The Devil Finds Work, Baldwin’s book-length 1976 essay that interweaves his life’s journey with his memories of moviegoing. In this third and final excerpt, Baldwin — who had previously sung the praises of Sylvia Sidney, the star of the great German director Fritz Lang’s first American movie Fury — considers the second teaming of that film’s director and lead actress: the 1937 You Only Live Once (which Baldwin remembers as “the most powerful movie I had seen until that moment”), featuring Sidney as the girlfriend of a recently released ex-con (Henry Fonda) whom a ruthlessly judgmental and uncaring society soon forces back into a life of crime.

In this tragic tale, Baldwin finds, as in Fury, an allegory of black experience acted out in whiteface; but, more than this, a portent of an America that was increasingly becoming a prison for those it deemed outsiders. 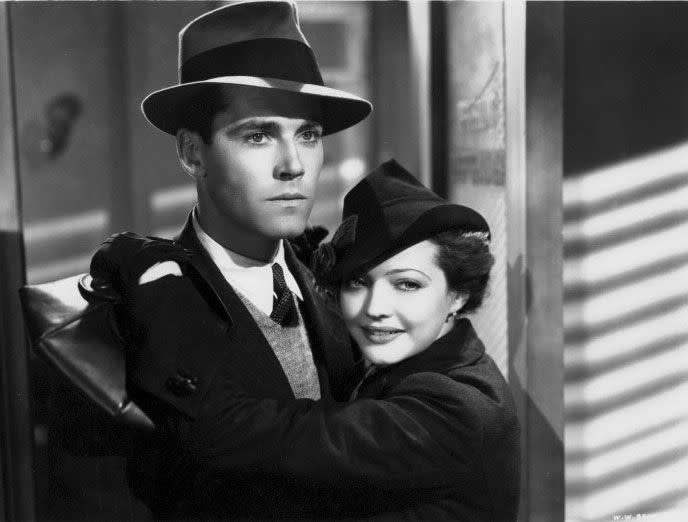 By the time of You Only Live Once, Lang had found his American feet. He never succeeded quite so brilliantly again. Considering the speed with which we moved from the New Deal to World War II, to Yalta, to the Marshall Plan, the Truman Doctrine, to Korea, and the House Un-American Activities Committee, this may not be his fault.

(One of his last of his films, entitled Beyond a Reasonable Doubt, starring Joan Fontaine, Dana Andrews, and Sydney Blackmer, is an utterly shameless apology for American justice, the work of a defeated man. But, children, yes, it be’s that way sometimes.)

Lang’s concern, or obsession, was with the fact and the effect of human loneliness, and the ways in which we are all responsible for the creation, and the fate, of the isolated monster: whom we isolate because we recognize him as living within us. This is what his great German film, M, which launched Peter Lorre, is all about.

The monster living within us: Peter Lorre in Fritz Lang's M, 1931

In the American context, there being no way for him to get to the nigger, he could use only that other American prototype, the criminal, le gangster. The premise of You Only Live Once is that Eddie Taylor (Henry Fonda) is an ex-convict who wants to go “straight”: but the society will not allow him to live down, or redeem, his criminal past.

This apparently banal situation is thrust upon us with so heavy a hand that one is forced — as I was, even so long ago — to wonder if one is resisting the film or resisting the truth. But, however one may wish to defend oneself against Lang’s indictment of the small, faceless people, always available for any public ceremony and absent forever from any private one, who are society, one is left defenseless before his study of the result, which is the isolation and the doom of the lovers. 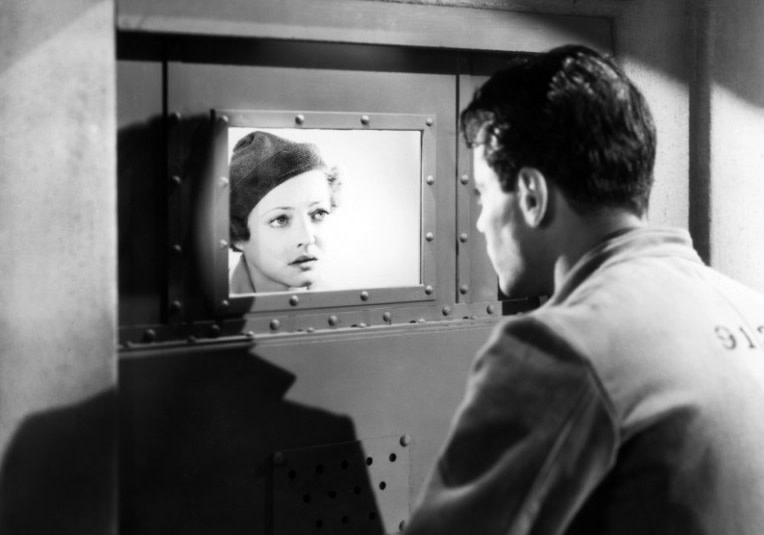 […] The genuine indignation which informs this film is a quality which was very shortly to disappear out of the American cinema, and severely to be menaced in American life. In a way, we were all niggers in the thirties. I do not know if that really made us more friendly with each other — at bottom, I doubt that, for more would remain of that friendliness today — but it was harder then, and riskier, to attempt a separate peace, and benign neglect was not among our possibilities. The Okies, of The Grapes of Wrath, were still crossing the plains in their jalopy and had not yet arrived in California, there, every single one of them, to encounter running water, and to become cops. Neither Steinbeck nor Dos Passos had yet said, my country, right or wrong, nor did anyone suppose that they ever could — but they did; and Hemingway was as vocal concerning the Spanish revolution as he was to be silent concerning the Cuban one.

There is that moment in the film, in prison, when Fonda whispers to Sidney, through jailhouse glass, Get me a gun. Sidney said, I can’t get you a gun. You’ll kill somebody! and Fonda says, What do you think they’re going to do to me?

I understood that: it was a real question. I was living with that question. 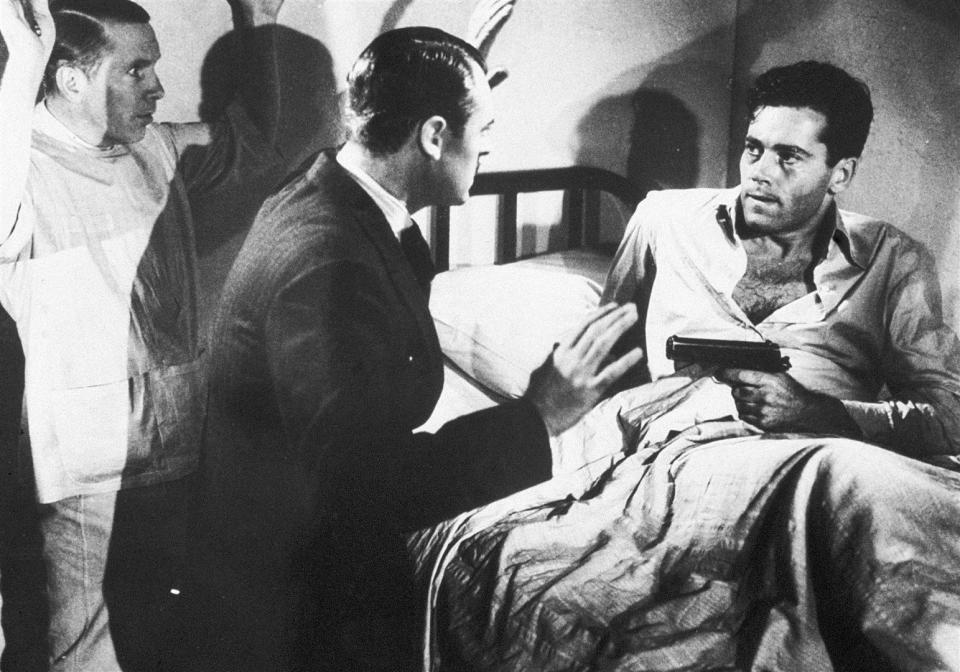 It is the [prison] priest who covers for the trapped and weary girl when she attempts to smuggle a gun into the prison, and it is the priest whom Fonda murders, with a gun. And I wondered about that, the well-meaning accomplice and his fate: he is murdered because Fonda does not believe him, even though he is, in fact, speaking the truth. But the prisoner has no way of knowing with whom the priest is playing ball at the moment and so dares not risk believing him. This dread is underscored by the film’s last line, delivered (in the dying prisoner’s memory) by the priest: the gates are open. I knew damn well that the gates were not open, and, by this time, in any case, the lovers were dead. 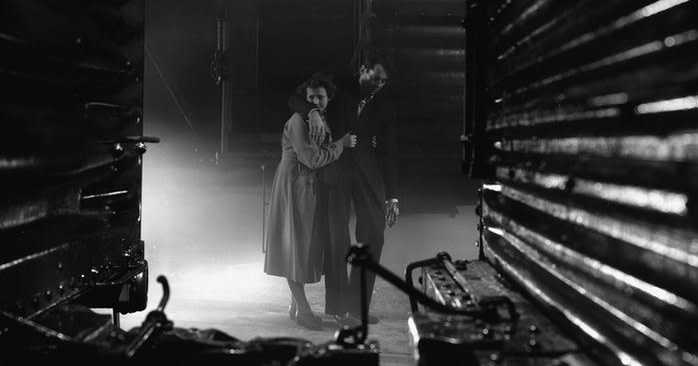 The text above is excerpted from The Devil Finds Work © 1976 by James Baldwin. Copyright renewed. Published by Vintage Books. Used by arrangement with the James Baldwin Estate.

"Frog-Eyes" and "the Disaster of the Lips"