From the Golden Age to the Time of Hysteria, we trace a labyrinth of connections between Mexican music and cinema 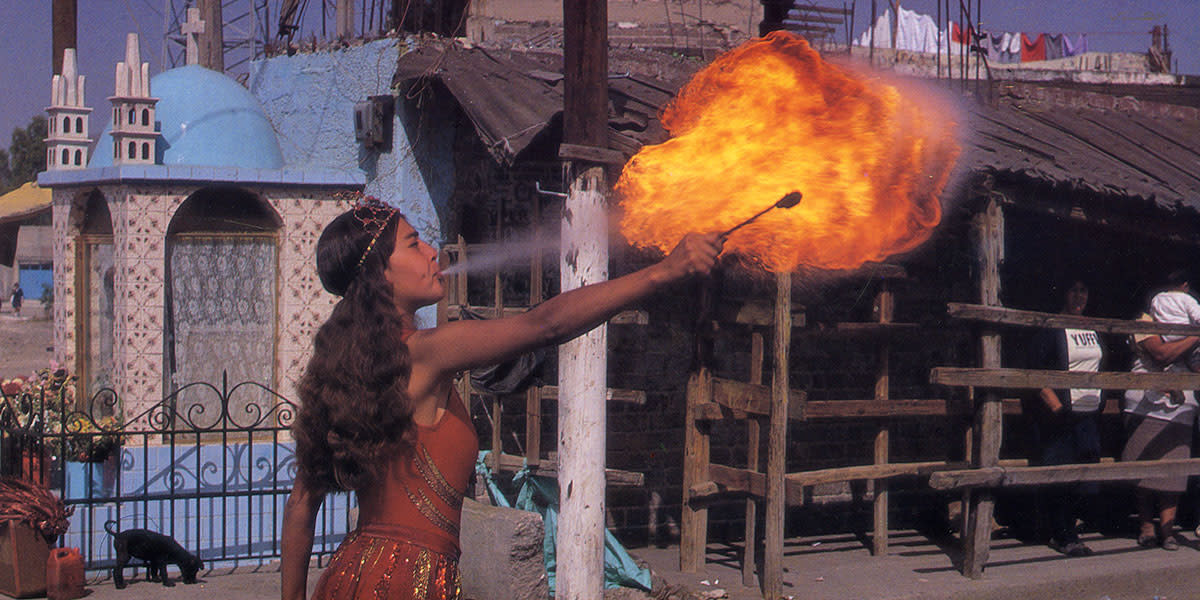 On the occasion of our retrospective celebrating Mexican film, Sui generis: An Alternative History of Mexican Cinema, we created another in-cinema, pre-show playlist, along with this annotated edition, to highlight the country's cultural heritage and the prominent place film and music — and, importantly, film in music — hold within it. The tradition for Mexico’s giants to cross over between cinema, song, stage, and even literature, forms a rich tapestry. Here is a sample.

Performed by Golden Age of Mexican Cinema icon Pedro Infante in 1948’s quintessential We, the Poor (Nosotros los pobres), this song is still beloved in Mexico, as is Infante’s “Pepe el Toro” character and the trilogy of films that featured him. "Amorcito Corazón" was written by Manuel Esperón, a prominent composer during the Golden Age. 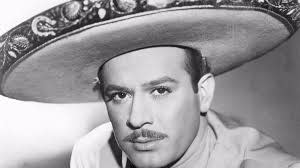 A international hit during the 1940s — and widely considered the most famous Mexican bolero today — “Bésame Mucho” was written by balladeer and pianist Consuelo “Consuelito” Velázquez, who hailed from the state of Jalisco (birthplace of Guillermo del Toro). The song featured prominently in the Golden Age film A.M.T. A toda máquina!, also directed by the el Toro trilogy’s Ismael Rodríguez, and was the only vocal Infante ever recorded in English. Its popularity in the US was boosted by Dale Evans’ (Spanish!) recording for 1944’s The Cowboy and the Senorita. Velázquez wrote numerous other Spanish-language standards, including “Cachito,” popularized by Nat King Cole. 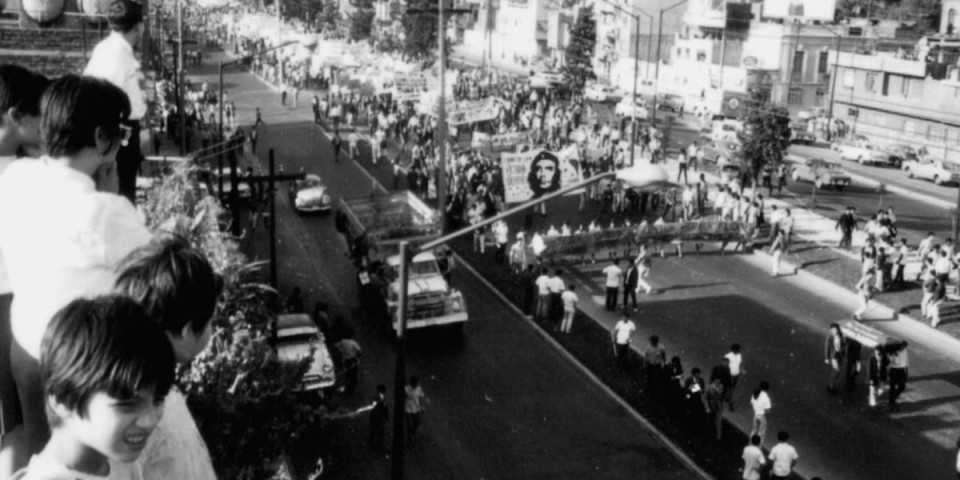 A corrido about the Tlatelolco massacre of October 2, 1968, leftist folk singer and activist Óscar Chávez’s song recounts in brutal detail how the peaceful student protest was met with violence from government forces, resulting in a civilian death toll now estimated to be between 300 and 400. The date, less than a week before the start of the Mexico City Olympics, signifies a dark period in the country’s recent history and a flashpoint in the Mexican Dirty War. The story Chávez tells in “Corrido del 2 de Octubre” has a strong connection to Leobardo López Arretche’s El Grito, Mexico 1968.

Like Infante and fellow Golden Age hero Jorge Negrete, Antonio Aguilar was a popular musician and actor. He is one of the leads in Ismael Rodríguez’s My Son, the Hero, and appeared in over 160 feature films, including one that shared a title with this song, 1991’s Triste Recuerdo, alongside his wife, Flor Silvestre. Aguilar also starred with John Wayne in 1969's The Undefeated, and a year later played the title role in Felipe Cazals’ Zapata.

Flor Silvestre is one of the great icons of la música ranchera. She performed on stage and on radio in the 1940s, and began her screen career at the apex of the Golden Age in 1950, going on to star in over 70 films before retiring in 1991. Her hit songs span three decades, and include this classic 1957 recording of the huapango song “Cielo rojo,” written by Jalisco-born Juan Záizar, which Silvestre later performed in the film El cición. She was married to Antonio Aguilar for nearly 50 years until his death in 2007.

This Silvestre–Aguilar duet, written by the legendary José Alfredo Jiménez, is one of a number of ranchero classics that have become a huge part of Mexican culture and heritage. It is performed here by the two actors, who, as noted above, were wife and husband and also starred in a number of films together. In fact, the couple had worked together since the mid-’50s before falling in love on the set of El Rayo de Sinaloa in 1957.

Inspired by the Mexican Revolution (the historical setting for El Compadre Mendoza), “Jesusita en Chihuahua” is said to have been one of Pancho Villa’s favourite songs. It is featured prominently in numerous Mexican and international films, perhaps most interestingly in Walt Disney’s The Three Caballeros. The song was written by Quirino Mendoza y Cortés in 1916 while he was commanding an army marching band. Cortés also wrote “Cielito Lindo,” a standard heard in every other bar around the world near closing time. (You know the one: “Ay ay ay ay / Canta y no llores / Porque cantando se alegran / Cielito lindo…”)

The modern-day version of “Jesusita en Chihuahua” on our playlist is performed by Mariachi Vargas de Tecalitlán, yet another group of artists from Jalisco state.

Jorge Negrete is perhaps the only Golden Age singer and actor who rivals Pedro Infante in popularity. Here he sings “La Adelita,” another corrido of the Mexican Revolution. Women who joined in the fighting were known as adelitas, named for Adela Velarde, a military nurse who stood out for her bravery during the conflict.

Following Negrete’s death in Los Angeles in 1953, his body was brought back to Mexico and this song he had popularized was played during his funeral service. Written by Chucho Monge, “Mexico, Lindo y Querido” is a quintessential love letter to the country, along with “Cielito Lindo,” and always a popular favourite with expats. Among the lyrics is this line, which translates: “Mexico, lovely and so darling, if I die far away from you, let them say I am sleeping and bring me back here.” 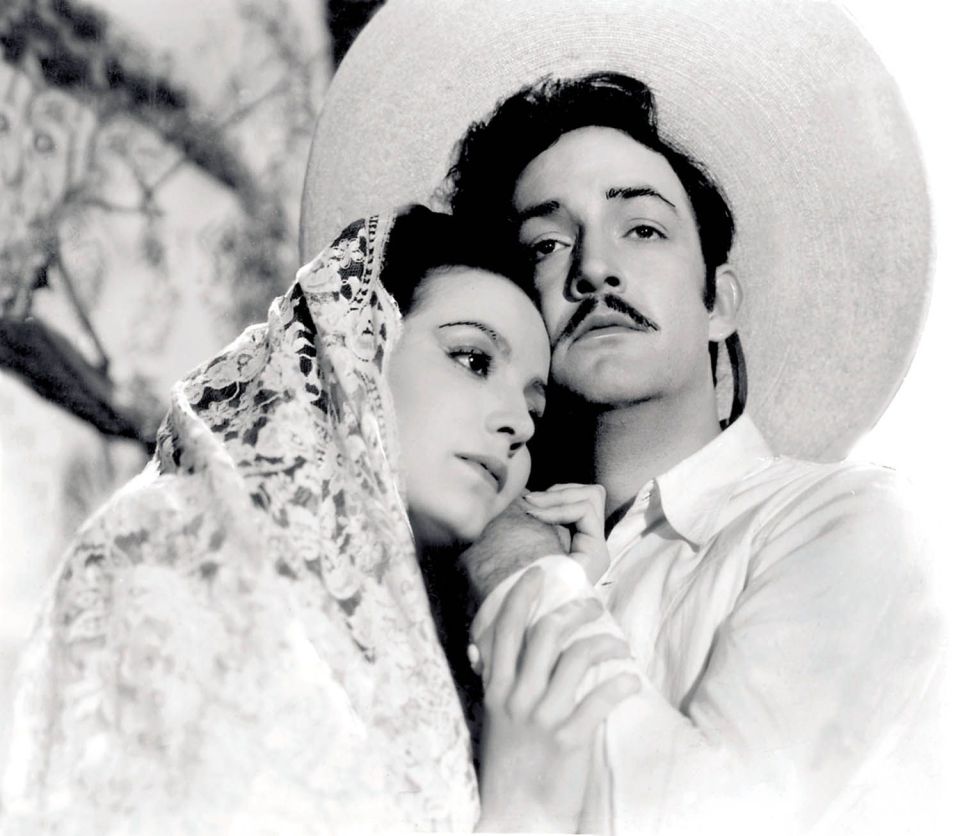 This is the theme from a 1936 film of the same title that starred Negrete and became a cultural phenomenon in Mexico. Directed by Fernando de Fuentes (El Compadre Mendoza), Allá en el Rancho Grande marks the beginning of the Golden Age of Mexican cinema. The song, originally written for a stage musical, predates the movie by a decade. Bing Crosby charted a Top 10 English-language version in 1939, the same year Gene Autry covered it for the film Mexicali Rose. Dean Martin was among those who’d follow suit, recording a version for his 1962 album Dino Latino.

Another Negrete hit record from a Negrete hit movie of the same name, 1941’s “¡Ay Jalisco, No Te Rajes!” (“Jalisco, don’t give up!”) pays tribute to the culturally prolific state. Sadly, the full 120-minute version of the film is now lost, with only a 102-minute cut surviving. The melody from the title song, written by Manuel Esperón, is also featured in Disney’s The Three Caballeros.

“Paloma” means pigeon, and the title of this Infante classic is an onomatopoeic reference to the sound the birds make. Written by Tomás Méndez, the song has been featured in numerous films, including in a number of Golden Age titles starting in 1955. It was popularized internationally by Harry Belafonte in 1956, the first of many interpretations. More cultural exchange: Brazilian Tropicalismo pioneer Caetano Veloso’s gorgeous reworking of the song features in Wong Kar Wai’s Happy Together, Pedro Almodóvar’s Talk to Her (where Veloso performs it live in a scene), and, in an homage to Wong, Barry Jenkins' Moonlight. 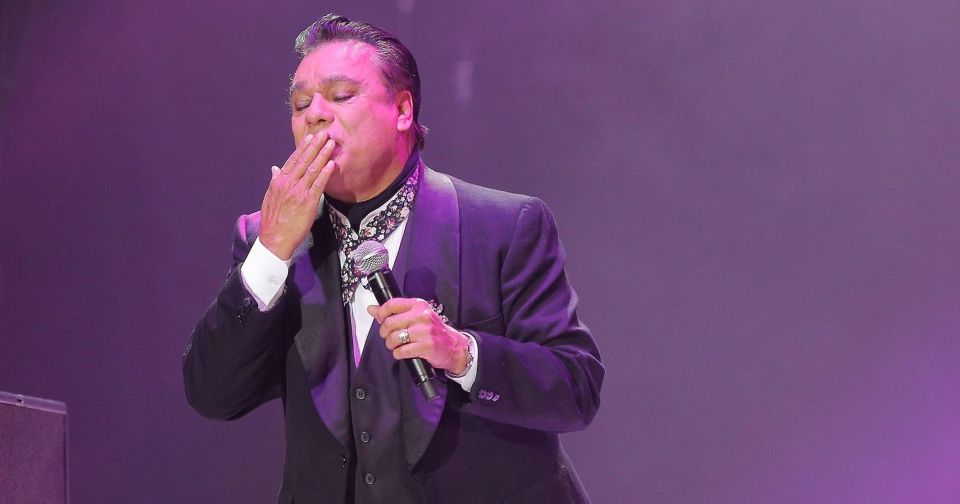 Juan Gabriel in the early 2010s

The late singer and LGBTQ icon Juan Gabriel remains one Mexico’s most prolific and consequential modern songwriters, a massive-selling pop star with a career dating back to the early 1970s. (His reach was not limited to Latin America, either.) This particular song topped the charts at the time Like a Bride was released.

Former child star Lucero was 21 when she topped the charts with “Ya No” in 1991, the same year a 29-year-old Alfonso Cuarón's feature debut, Love in the Time of Hysteria, came out. In the tradition of the actors of the Golden Age, as well as Juan Gabriel, Lucero built her career crossing over between singing and acting in telenovelas and movies. She is still a pop star, and sometimes dabbles in ranchera music.

One of Mexico’s most popular alternative rock bands since the 1980s, Caifanes claimed to have named themselves after Juan Ibáñez’s 1967 film Los Caifanes. “Afuera,” from their 1994 album El nervio del volcán, is their biggest hit.

Cristian Castro is the son of film and telenovela icon Verónica Castro and comedian Manuel Valdés, and nephew of Golden Age comedy giant Germán “Tin Tán” Valdés. A huge hit across Latin America the same year Angel of Fire was released, “No Podrás” peaked at No. 3 on Billboard’s Hot Latin Songs chart in the US. 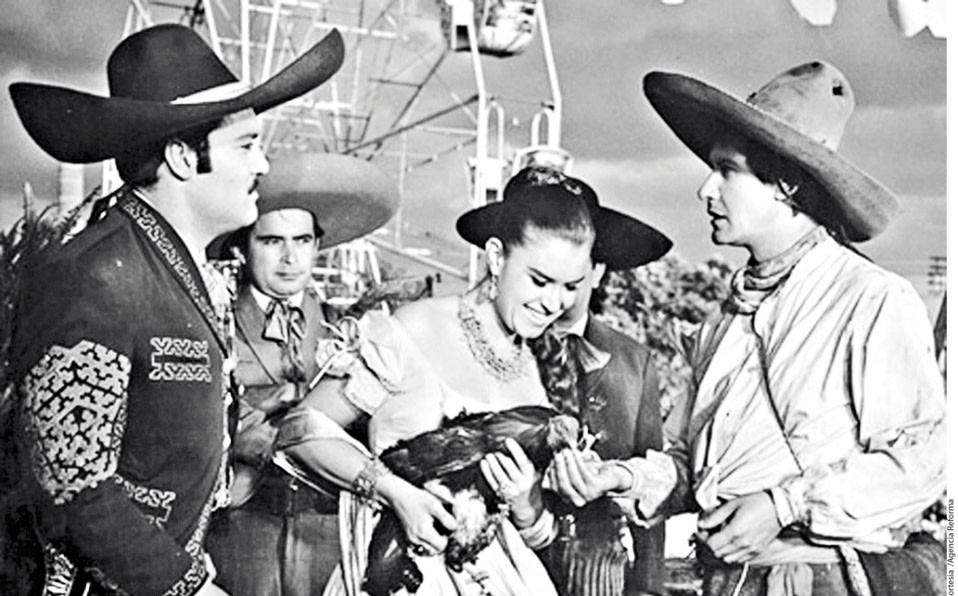 Ranchero legend Lucha Villa was also a major movie star, having made her feature debut 20 years earlier in Roberto Galvadón’s The Golden Cockerel, which was based on a short story by acclaimed Mexican author Juan Rulfo and adapted by screenwriting team (and future literary giants) Carlos Fuentes and Gabriel García Márquez. The Realm of Fortune is based on a short story by Rulfo.

Another Villa classic, this one from the late Golden Age and written by rancho giant José Alfredo Jiménez.

Irma Serrano received the name “La Tigresa” because of the raspy, passionate growl of her singing voice. Like most of the performers on this list, she became a popular actor, starring in many films between the early 1960s and 1980s, including The Shark Hunters. She remains a controversial figure, in part because of a rumoured affair with then–President of Mexico Gustavo Diaz Ordaz at the time of the Tlatelolco massacre.

Astrid Hadad is a singer-songwriter of Mayan and Lebanese descent, and appears in Cuarón’s Love in the Time of Hysteria. She is known for her colourful and elaborate costumes, the inspiration she draws from both Mexican folkloric art and European cabaret, and the political and social criticism found in her music.

Like Luis Buñuel, Madrid-born Rocío Dúrcal began her career in Spain and eventually relocated to Mexico — although under very different circumstances. A popular teen actor and singer in her home country in the 1960s, she found tremendous commercial success in Latin America a decade later after pairing with Juan Gabriel on, of all things, a ranchero album. She went on to release some of Mexico’s biggest hits of the 1980s, collaborating with Gabriel and other songwriters.

One of Mexico’s most prominent groups, La Sonora Santanera are known for their distinct tropical style that is influenced by danzón, mambo, and cumbia.