The Florida Project’s Sean Baker has access to more gear, but he isn’t done telling universal stories about marginalized people 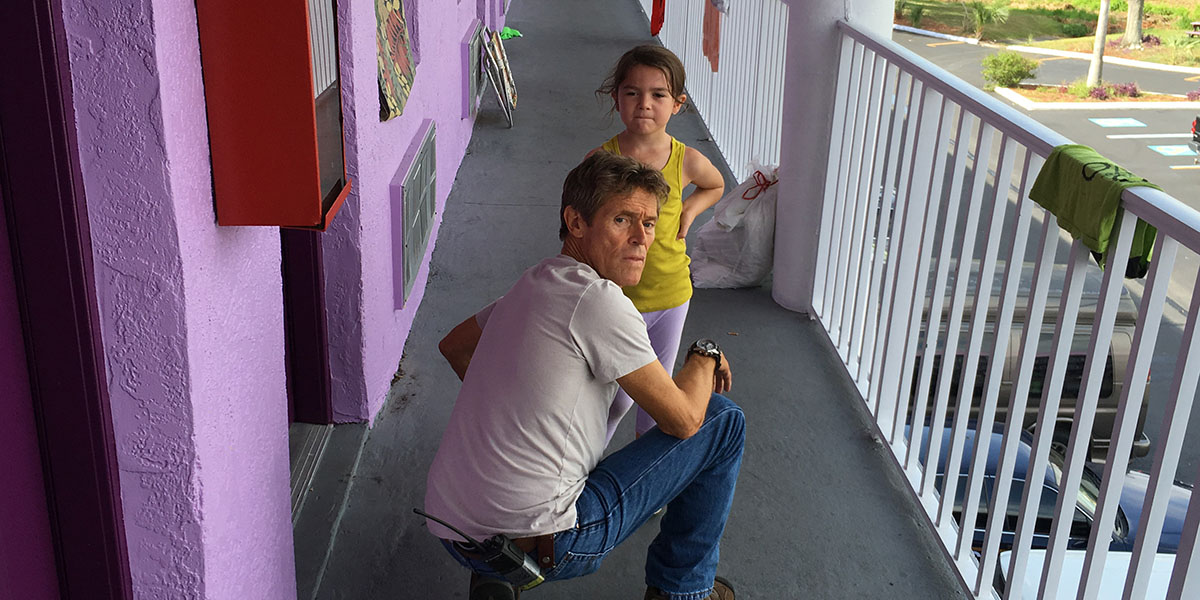 Sean Baker’s sixth feature, The Florida Project, is a fantastical “pop vérité” portrait of families living on the fringes of Disney World in a $35-a-night motel called The Magic Castle. The follow-up to Baker's Sundance breakthrough Tangerine (2015), which was shot on an iPhone 5S, the film centres on Halley (newcomer Bria Vinaite, who the director found via an Instagram account promoting her weed-themed clothing line), a mother struggling to support her daughter, Moonee (the irrepressible six-year-old Brooklynn Prince, who steals every scene she’s in). Having previously made a living as a grifter peddling wholesale perfume to tourists, Halley eventually resorts to sex work to keep a roof over her daughter’s head. While her actions jeopardize her daughter’s safety, Moonee is far too busy getting into trouble to notice. Her Little Rascals–esque adventures around the motel complex with a pack of other kids (of which Moonee is certainly the ringleader) frequently include uproarious pranks and hijinks with the building’s staff, including resolute manager Bobby (a beautifully spray-tanned Willem Dafoe).

What may sound like a dour issue film about America's "hidden homeless" is in fact a wonderfully effusive portrait of childhood and a mother–daughter bond. We spoke to the director during his film's North American premiere at TIFF '17 about the responsibility to shoot on celluloid, how to tell universal stories about marginalized people, and why Brooklynn Prince is our generation’s Spanky McFarland. The Florida Project is now playing in theatres.

Well, I never thought I would get in! (Laughter)

You’ve had an interesting career because you've made many independent features, as well as the Fox TV series Greg the Bunny, but Tangerine was, all of a sudden, a turning point for you.

Yeah, I didn't really see it coming because [Tangerine was made as] an act of desperation. But it actually did open up a lot of doors; it found us financing for the film we have at TIFF. There was a slight style change in my approach to these sorts of subjects that bled over to The Florida Project.

What was notable about Tangerine was how cinematic you managed to make it, given your limited resources. How did your access to more funding and a better camera impact your approach to The Florida Project?

I'm in kind of a weird position because I was the iPhone posterboy. I was legitimately happy that young filmmakers, first-time filmmakers, and just filmmakers in general were reaching out to say, "I never thought I could make a film, but now I think I can." There was democratization of filmmaking, which I was really happy to be a part of. I was influenced by Dogme 95, the cinéma vérité stuff that got us to the point where we're shooting on the iPhone. I'm trying to promote the fact that anybody can make a film, but we're also at a weird time where we're trying to save celluloid. As a filmmaker if I have the opportunity to shoot on film, why not? There are reasons to use digital, but I wanted to shoot on 35mm to keep Kodak alive. Film is the medium that established cinema. To let it go because there's a cheaper option out there... it’s just not fair.

And so you went from an iPhone 5 to a 35mm camera.

Except for the last sequence, which was shot on an iPhone 7. During the nighttime scenes, I didn’t want to overlight. Anything that could take away from the audience’s suspension of disbelief, I try to avoid. We used an Alexa [Mini] to shoot the motel during the pool scene at night, as well as the fight scene, but even with that stuff, I did a “film out” to transfer the footage back to 35mm. Even my iPhone footage was transferred to film and then back again!

__Tangerine and The Florida Project are empathetic films about marginalized people who are rarely seen on camera. Given the current White House administration, and just the political tenor in the United States right now, how vital is it to tell those stories? __

Now more than ever, diversity — in front of the camera and behind it — is extremely important. I try to avoid reading reviews of what critics think, but it wasn't until I made my film Starlet (2012) that people started pointing out [those themes in my work]. I think most filmmaker's films are a response to what we're not seeing and what we want to see more of.

I love people. I want to know more about this world, and I want to know more about the communities I’m not a part of. I like to show the universal, common links between all of us. That's why I think we’re all trying to tell universal stories, instead of these very specific "plight of" films. Maybe those movies got us to the place where we are, but as we progress and evolve with how we tell stories, they can also lead to contrivance, condescension, and even disrespect. 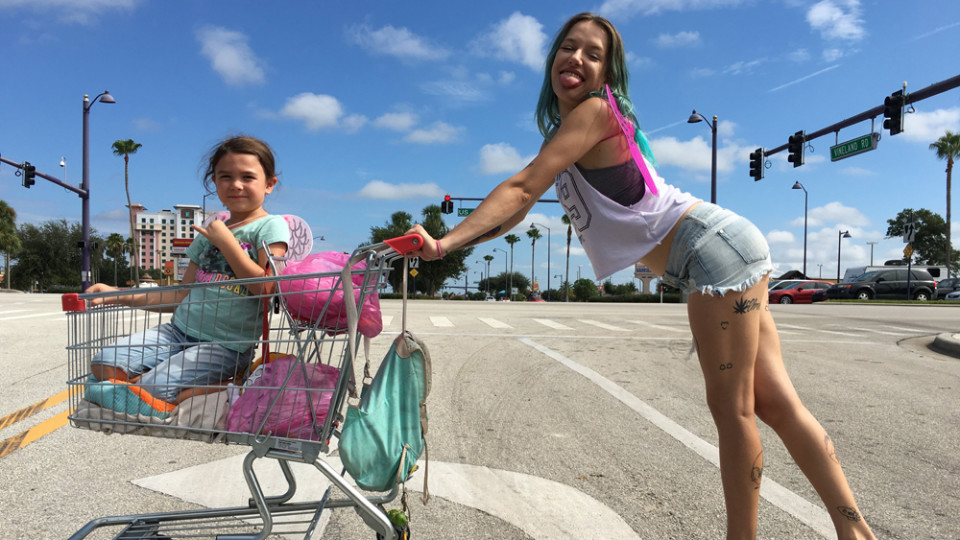 I certainly didn't know anything about the hidden-homeless situation in the United States. I’ve lived in New York and L.A. — there's a terrible situation where you see the homeless living on the street. But you don't realize there’s another part of this population who is holding on to a roof over their heads by struggling, week-to-week. This is a nationwide problem. When [my co-writer] Chris Bergoch brought it to my attention, I said: "This is the type of thing I'm looking for." Not only do I get to learn more about the situation and help to shed light on it, but hopefully we're able to make some sort of change.

How did you land on the idea of a mother and daughter living in an extended-stay motel in Orlando, right next to Disney World?

We spoke to many residents in these motels. We could've focused on a family in which both parents were present, but we noticed there were several different situations where single mothers were struggling to support their children. One third of single moms in the United States live below the poverty line.

Of course, we were also dealing with the theme of sex work, which I’ve tried to tackle in my last two films. We talked to local agencies who said there have been mothers who have turned to prostitution to keep a roof over their kids' heads. We wanted to tell that story because it shows the extremes a mother will go to look after their children and to protect them.

There was also something special about telling a little girl's story. Parks like Disney World mean a lot to little girls. There are so many films about mischievous little boys, so why not mix it up? I actually said, “I don’t want to make this film unless we find the present-day ‘Spanky’ McFarland.” You know, from The Little Rascals? Brooklynn Prince... she's my little Spanky.

*Tangerine* Allows Its Characters to Live

Mya Taylor on Her Life in Acting