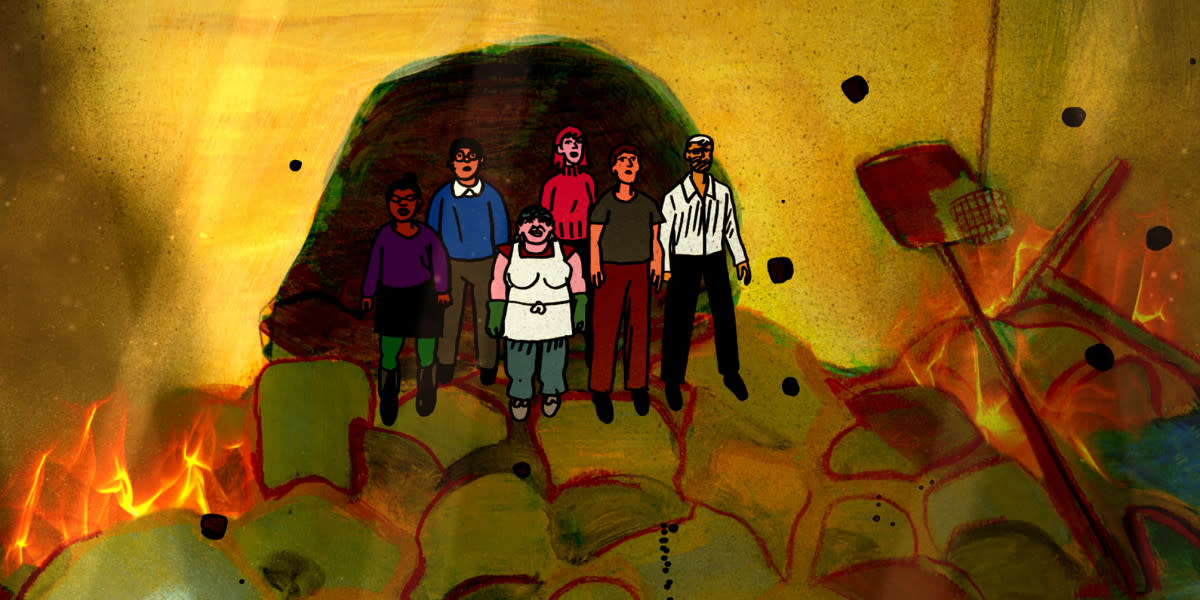 Dash Shaw, the filmmaker behind My Entire High School Sinking Into The Sea, illustrates his day at the Festival (which happens to be his film's premiere!)

In the wildly entertaining animated film My Entire High School Sinking Into The Sea (playing Sept. 13 at Hot Docs Theatre), a group of adolescents (voiced by Lena Dunham, Jason Schwartzman, Reggie Watts and Maya Rudolph) have to fight their way to the top of their high school, lest they drown into the ocean. This is the chaotically glorious vision of Dash Shaw, a graphic novelist, animator and well-loved artist whose cult comics like Cosplayers, Doctors and New School have been published by Fantagraphics. Here for The Review, he illustrates how he spent the fourth day of TIFF 16, which happens to be the day of his film's world premiere. 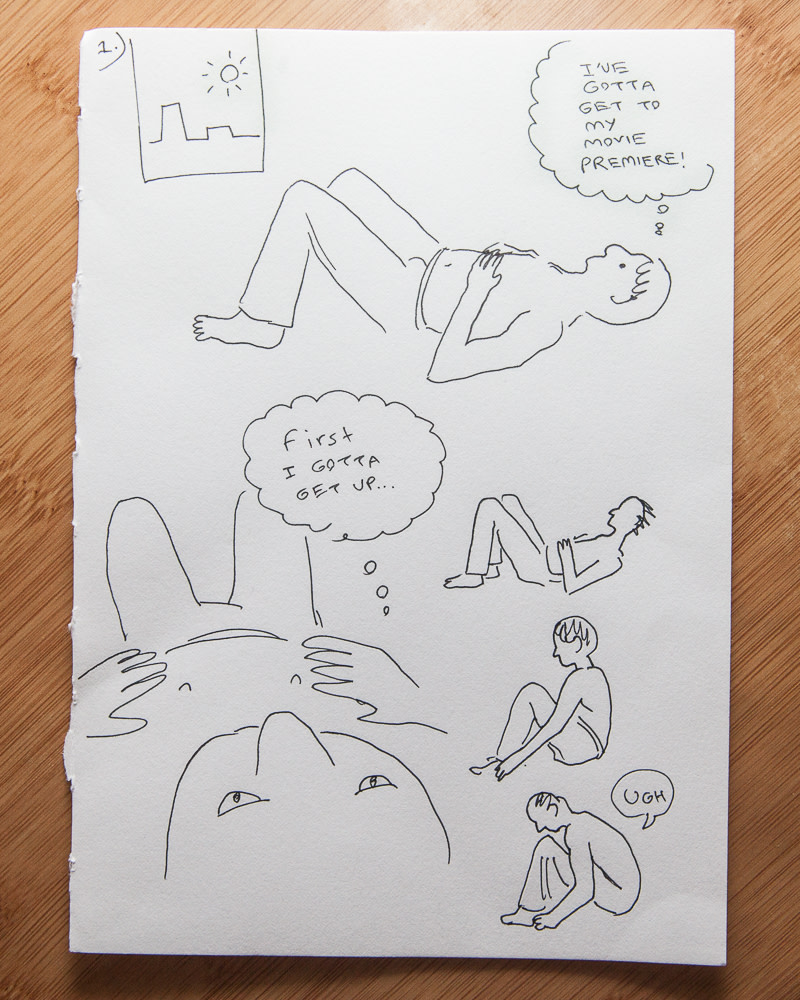 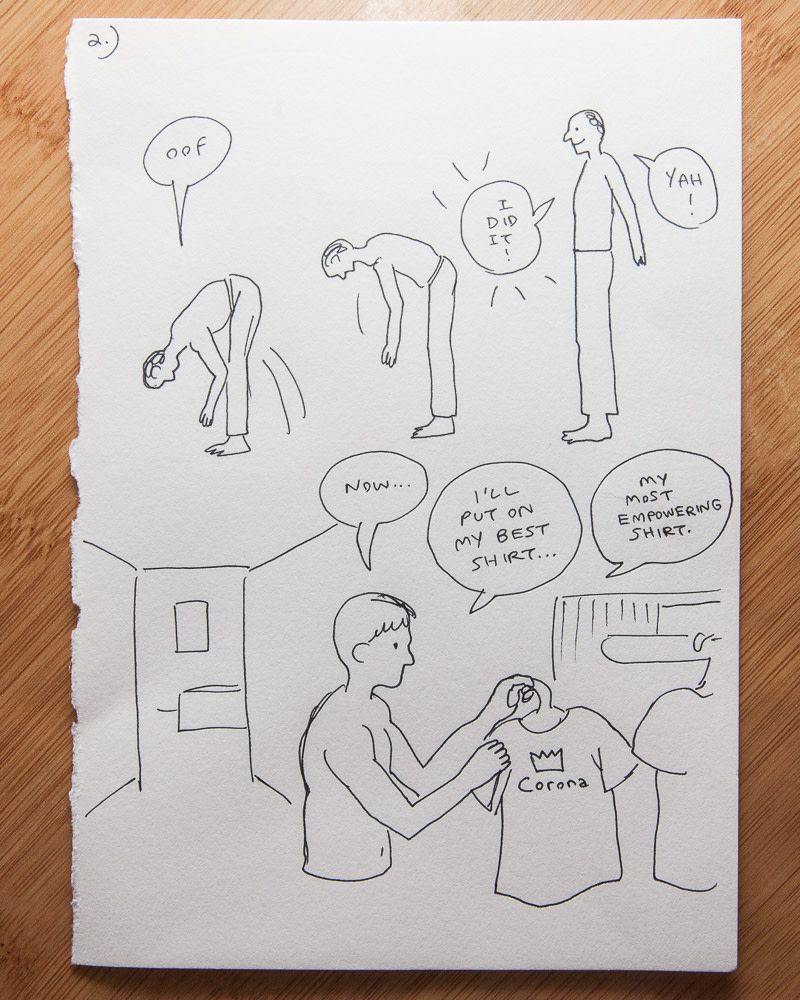 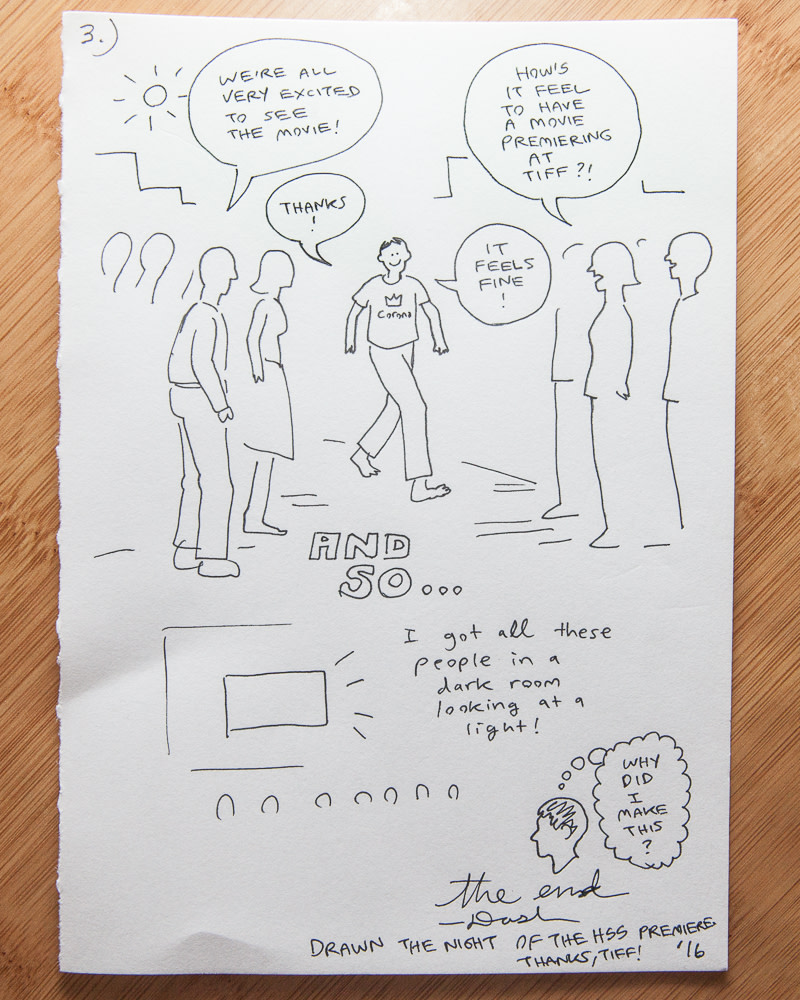