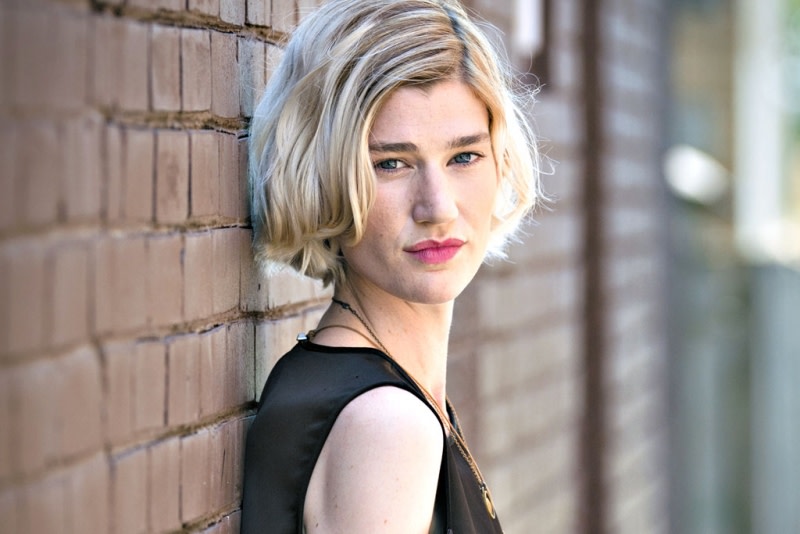 Grace Glowicki spends a day shopping for a premiere outfit, sees a screening of American Pastoral and watches Agnès Varda take a nap

10AM - My boyfriend and I discuss Magnificent Seven in the shower. Yesterday was my first day as part of the TIFF Rising Stars program and I got to attend the Opening Night screening. (As well as a party that had TONS OF FREE FOOD!) There's no towels in the bathroom, I drip-toe around the house trying to find one while dodging windows.

12PM - I review the Rising Stars schedule and realize that I'm wildly underprepared for what's coming my way, so I head to Ideal Coffee in Roncesvalles to figure some shit out. I settle into a nice table outside beside where people tie up their dogs. I frantically copy out the itinerary in my notebook in hopes to internalize it. I highlight events in hopes to internalize them. It doesn't feel real. I compile a list of directors I'd like to stalk.

1PM - I suddenly realize I have four red carpets to attend in the next coming days, but I own no "fancy clothes." I have no money and now a very small window of time. I panic... and rush to Forever 21.

3PM - I check into the Sheraton Hotel - the room TIFF has set me up with is sick! The RS head has sent me flowers - I email her a thank you.

4PM - I call my sister because it's her birthday, but she's getting her haircut and can't pick up so I sing “Happy Birthday” into her voicemail. This makes me sad. I text my manager emoticons.

4:45PM - Hair and makeup from the TIFF RS sponsor L'Oreal Paris. I talk to the makeup artist about how beautiful Canada is, she tells me about a trip her and her husband took on the train. They went all the way from Toronto to Vancouver. I think about the mountains. I really love being Canadian, I feel very proud to be a part of TIFF. I talk to the hairstylist about our common love of burritos, she calls me her spirit animal. I like both of these women very much.

5:30PM - The other Rising Stars and I are at the toast to Agnès Varda in the new filmmaker’s lounge. (There's a giant painting of her face on one of the walls.) Before she arrives, I talk to a woman who works at TIFF about her other career as a weaver. She says “loom” a few times and I think about the Lady of Shalott poster that I had on my bedroom wall in university. Weaving sounds like some kind of magic, witchy shit - I must Google it later. I also talk to a guy who works for TIFF about the movies he's excited to see, we nerd out. I feel most calm at these things when I'm talking to someone about movies. 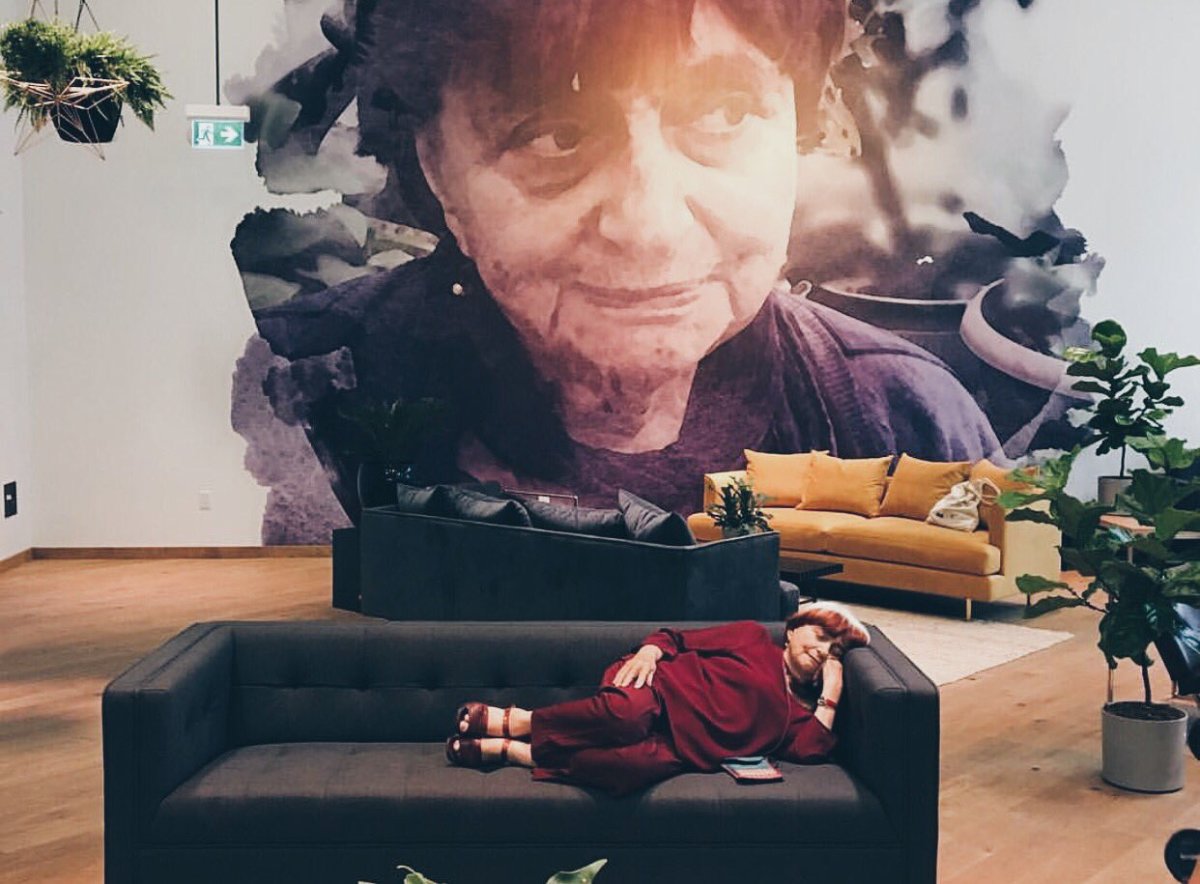 6PM - Agnès Varda arrives. She gives a short speech and concludes it by saying that when there is a lot going on, she needs to take short five-minute naps and that she was going to take one now. She handed off the mike and then immediately lay down on the couch beside her and closed her eyes. She slept for the next five minutes and then sprung back to life. She is my new idol. I love her.

8PM - The Rising Stars and I go to the screening of American Pastoral. I'm very excited to see this one because I'm directing myself in a film later this year and I'm always curious to watch other actors direct themselves. I'm still very scared of the idea! Ewan McGregor introduces the film and makes Ewan McGregor jokes. Dakota Fanning and Jennifer Connelly are introduced. I love them both. I'm very excited but I've forgotten to eat lunch and am feeling lightheaded. I rip to the concession and get popcorn and water. Man, this isn't dinner! I told myself last time I would be better at this… whatever. I like the movie but mostly I like Dakota Fanning. She makes me excited to dig my teeth into my next role. I love when women are angry and I also love when women are very still - she does both these things very well in the film. I love movies. I love acting. I secretly cry about it during the film.

10PM - The Rising Stars are supposed to go to a few parties but we decide to take the TIFF car to Burger’s Priest instead. We eat burgers and talk about movies. I start to fade.

11PM - I get back to the hotel and start to try to write this thing at the lobby bar. I drink a Corona alone, my old friend meets me for a drink. We catch up and plot movie ideas.

*Grace Glowicki is a filmmaker, actor and writer. She won a Special Jury Prize for Outstanding Performance at the 2016 Sundance Film Festival for her role in the short film Her Friend Adam, directed by her partner Ben Petrie. *