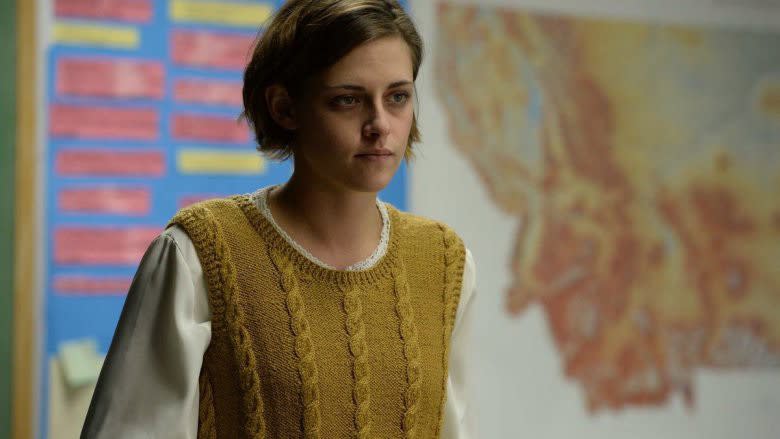 It took the Uber about an hour, creeping through traffic, to get from Runnymede, where I’d spent my first night in town, to the vicinity of Ryerson University, where I’m slated to stay for the next week. In the course of that hour, the car stopped in front of a storefront whose vitrine was displaying a dozen different Tragically Hip shirts, the radio played two Drake songs (one known, one previously unknown to me, both terrible) and advertised an opportunity to see the band Metric for free, and we passed a bar owned by Atom Egoyan, all of which made it more or less impossible to deny the fact that I was in Canada again. I was worried about the tab for the ride, but when my companion and I checked into our festival lodgings and I had Wifi again, the total was a perfectly reasonable $24.57. With the U.S. dollar at — quick Google — 77 cents against the booming loonie that’s what, a little over 30 bucks, right?

If you are a gigging journalist burning shoe leather on the festival circuit (and I know I am) or just a tightwad (ditto), a lot of your time is consumed by this kind of mental math, which consists of balancing revenue expected for festival-attendance-related work —potential or confirmed — against above-and-beyond daily expenditures accrued in the natural course of being away from home. There are probably a few dozen film writers who manage to turn a profit on the festival circuit by diligently returning to their Airbnbs after the evening’s last screening and reeling out copy of varying degrees of coherence — for the rest of us less dedicated writers in the vast middle range of professional success/relevance, the goal is to maybe break even, cadge free drinks, stay in a rented room that you can guiltlessly soil like the real-estate condom that it is, and see whatever exotic port of call your vocation has taken you to in a few blinking interludes between movies and hastily scarfed meals. And of course there are the movies themselves — though it’s pretty much common knowledge that marathon viewing is a terrible way to consume films, much less to try to digest them. When you get down to it, two movies is about the maximum number of movies anyone should watch on any given day. More than that, you’re asking for trouble.

Once done with the car ride and the check-in and finally getting some food, the morning was burned, which is a bit of a shame, because some joker stacked up all of the hot ticket Press & Industry screenings on the very beginning of the first day of the festival. I figured this out after a manful five-minute attempt to use the official scheduling app, following which I threw in the towel and went analog—ink pen and a smudgy festival guide. This done, I’m looking at 90 minutes of downtime, free of social obligation. My first order of business in a strange city is always to establish cardinal points of direction, as I’m one of those souls who is oppressed by unutterable anxiety whenever I don’t know my relationship to the North Pole. But this is my third time in Toronto, and it doesn’t take a Vasco de Gama to navigate the avenues, so it’s on to the next item on my list, which is to locate any areas of architectural interest. Unfortunately, since I’m in Toronto… Kidding, of course! The metro area is poxy with interchangeable glass boxes and the skyline is a bit of a snooze — the kaleidoscopic views on the pre-screening TIFF bumper are a nice attempt to smooth over this fact — but there’s plenty of good solid Neo-Grecs along Yonge St. and I’m a sucker for a Romanesque pile like the Confederation Life Building and the TD Centre of course has an austere grandeur and St. Andrew’s is really a peach. O Torontonians, do not walk blindly past your decorated pediments and terra-cotta splash! No city has such an abundance of riches that you can afford to be inured to them! 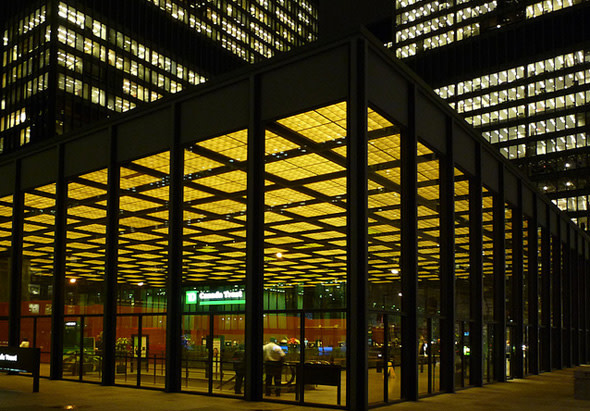 This maxim is one that even the most impeccably-curated film festival exists to prove. By the time I’ve actually humped my way down to TIFF Bell Lightbox to get my badge, I look like I might have swum in from across Lake Ontario. The atmosphere today is appallingly thick, at once overcast and humid, the kind of thing that augers poorly for an opening day. Last night, before being caught in a Biblical downpour, I’d been a +1 at the annual pre-fest programmer’s cocktail, where I was informed that the game of gauging a festival’s “energy” begins among all and sundry well before the first public screening. It was explained to me that the lunar cycle is usually factored in — Cannes, for example, had taken place under a new moon, while TIFF was going to have a full moon. I can’t remember which means what, but I do remember that you’re not supposed to buy new electronics during one, so keep that in mind. Much of the evening was devoted to a favorite pastime, listening to Torontonians kvetch about TIFF.

My own brush with TIFF bureaucracy was, it needs be said, quick in, quick out. When bag and festival tote have been acquired, the experience begins in earnest. I have a cupboard above my refrigerator that is entirely dedicated to festival tote bags. My actual tote bag needs are pretty average — I need exactly one tote bag — but I can’t imagine throwing the others away. You have to have been on the circuit for a while to acquire that many totes. It takes a toll. Recently, at a documentary festival in Kosovo, the girl at the volunteer desk was taken aback when I came into the badge pick-up: “I didn’t recognize you from your picture! It must be an old one!” For this TIFF, I retired my customary badge photo for something suitably haggard looking. It should last me a while.

From here you settle into your groove: A movie and then another, revising your schedule along the way according to whims, flake-outs, hangovers, and the dictates of developing “buzz.” There is a particular relief that comes at a festival when you first see a movie that actually does something for you, which I’d gotten out of the way by around 7 PM, when I was coming out of Kelly Reichardt’s Certain Women, a triptych of glancingly interconnected stories set in contemporary Montana. In Evelyn Waugh’s book Decline and Fall, the character Silenus, a German architect written as a fairly clear parody of Le Corbusier who is employed in radically overhauling a venerable country estate, suggests that humans should be classified as either "static" or "dynamic," and it seems to me that the misunderstandings which arise between these categories are, among very many other things, at the heart of Reichardt’s film.

In my dotage I’m growing increasingly static. There were no significant celebrity sightings for me at the opening night soiree, because I spent the evening hours shut up in my room, listlessly shifting words about in an edit of a review of Clint Eastwood’s Sully — looking about to see that I didn’t repeat the word “laconic,” things like that — then at the Queen and Beaver Public House on Elm St. My girlfriend, who grew up in Toronto, tells me that there used to be a good bookstore around here, but it’s gone, along with the coffee shop where she wanted to take me, and that there used to be a wooden beaver in the pub, but apparently some sorority girls from Ryerson stole it and they never got it back. The Queen and Beaver is a friendly dormered brick job, though sitting on the upstairs deck I had to face the utterly dire College Park condos. “If you like dormer windows,” she tells me, “You should go to Cabbagetown. It’s lousy with ‘em.” I make a note of it, for I intend to drink deeply from the cup of Toronto this time through. Like Clint says in his immortal masterwork Bronco Billy: “You only live once. You got to give it your best shot.”

Nick Pinkerton is a programmer and a freelance film writer for Sight and Sound, Film Comment, The Village Voice and many more.