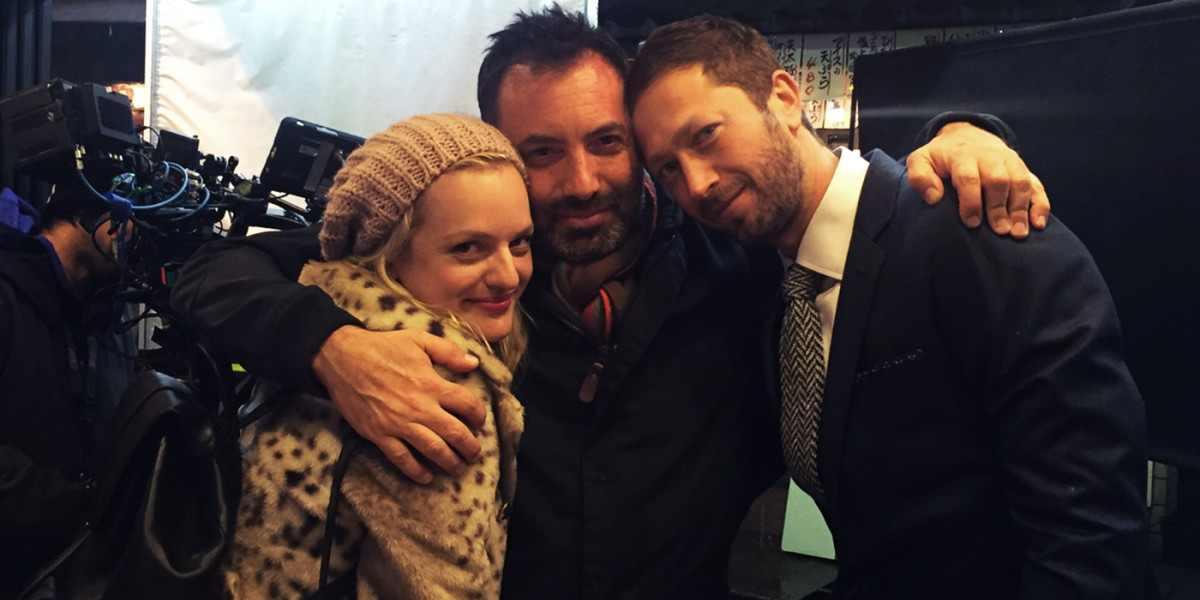 In the 1980s, Dire Straits’ had a song called “Skateaway” that was always on the radio. It included the lyric “She’s making movies on location.” For whatever reason, my cine-obsessed young mind latched onto that line and never let go. As a kid, I wasn’t much of a traveller, and by the time I was 21 I’d only been only a plane once. Still, I loved the idea of making movies for a living, especially going away from home to live an exotic life on the road.

Eventually, my dream came to be. I’m a filmmaker and have spent most of my career grabbing my passport and my camera, heading out of town. I shot my film The Matador (2005) in Mexico, The Hunting Party (2007) in Bosnia and Croatia, and my last feature, Dom Hemingway (2013), in England, France, and the soggy Isle of Man. I’ve learned that you can buy pot at the drive-thru donut shop in Halifax, that when bodyguards in Mexico say they are not carrying weapons they are lying, and that script supervisors have the same personality in every country in the world. I feel like there’s something about the experience of shooting out-of-town that actually shows up in the work on screen. It’s the camaraderie of the bar after wrapping for the day; the weekends you spend away exploring strange cities; figuring out how to get a haircut when you don’t speak the language; falling in love with the locals and their specific version of the cities they allow you to adopt as your own.

It can be hard, lonely, and disorientating. You don’t know depression until you’re alone prepping in Zagreb, Croatia on a hot weekend in August — the city weirdly empty, the restaurants closed, and all your friends and family very far away indeed. Sometimes I miss my girlfriend and my kids to the point of distraction. But at the same time, the opportunity to spend four months in a new city is a creative gift that is unparalleled. The beautiful experiences I’ve had “making movies on location” have shaped my life and my career.

“The films an audience really enjoys are the ones that were enjoyable in the making. Yet pleasure in the work can’t be achieved, unless you know you have put all of your strength into it and have done your best to make it come alive. A film made in this spirit reveals the hearts of the crew.” — Akira Kurosawa 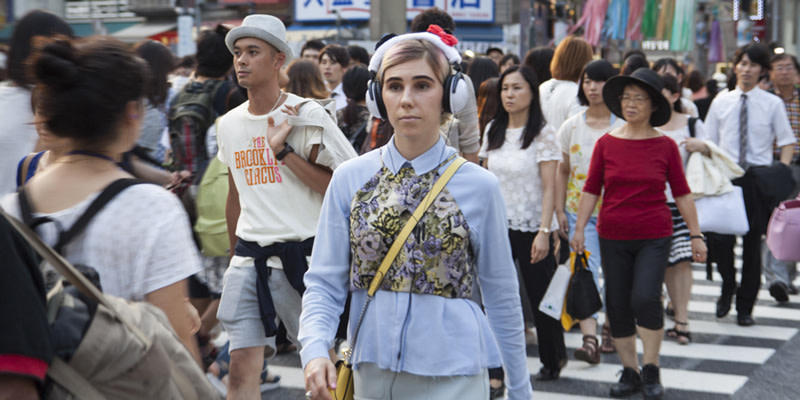 I directed episodes on all six seasons on the Golden Globe– and Emmy-winning show Girls. In season five, the crew went to Tokyo to film an episode in which Shoshanna Shapiro (Zosia Mamet) is living in Japan. I wasn’t directing, the great Jesse Peretz was, but I went with the crew anyway. I wanted to live vicariously through their foreign filmmaking experience; instead, I felt like I was imploding with completely irrational jealousy. So I did what I always do when I’m frustrated about something in my creative life: I sat down and wrote. It poured out of me — a short film set in Tokyo, one that was entirely my own. It was my vision of a city I loved, and it was a love story. The saddest love story.

I wanted to make a movie about the romance and the mystery of travel; how you can reinvent yourself when you are far away from home. How people, places, things, sights, and sensations are heightened; the intricacies of attraction and the feeling of owning the night. I also wanted to showcase my love of Japanese cinema. I saw Kurosawa’s Ran when I was in high school and was struck by the deepness of his storytelling, as well as his visual richness. Afterwards, I went on a Kurosawa kick, watching High and Low and Seven Samurai. (This was when I worked in a movie theatre in New York City and had a pass to any movie I wanted to go to.) Japanese cinema transported and challenged me in ways that have profoundly affected me. And it wasn’t just the highbrow stuff — I loved Shogun Assassin too.

How could you not love Shogun Assassin?

I figured out a way to get a free camera, free editing, and used a cheque I’d received for television residuals to pay for the plane tickets for my cast and crew. And so, we went to Tokyo. It felt like I was making a student film again, only with professionals who knew what they were doing. Coming along were my stars Elisabeth Moss and Ebon Moss-Bachrach, my producer Stacey Reiss, and my cinematographer Giles Nuttgens. I had worked with Ebon on Girls and knew there was another side to him than just the character of “Desi” — a soulfulness I wanted to show the world. I wrote the part of Sebastian, a man from Brooklyn on a business trip to Tokyo to make a deal for his high-end men’s grooming company, for him. Elisabeth Moss was an actor I had always admired. When I finished my script, I couldn’t stop thinking about her for the part of Claire — the deeply haunted, mysterious stranger Sebastian becomes obsessed with. Of course, wanting Elisabeth and getting Elisabeth were two different things, especially for an independent short film that couldn’t pay her. Luckily, the fact that it was only five-day shoot meant that she didn’t have to block a huge amount of time out of her schedule. Once Elisabeth had read the script, it became very clear she could connect to this character and was interested in exploring all aspects of it. 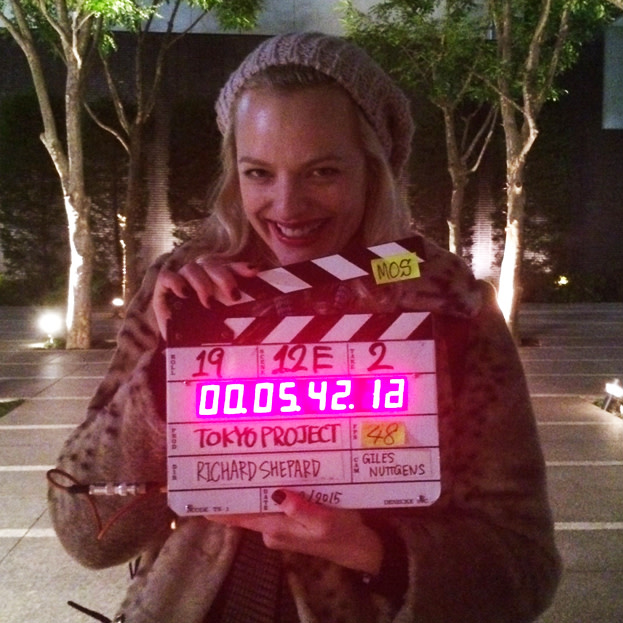 Elisabeth Moss on set in Tokyo

We all stayed at the same hotel and let our Japanese cohorts show us the city. We ate, drank, and slept our movie — hopped up on sake, Ambien, and coffee — as we explored our environment’s back-alley bars and hidden noodle joints. We fell in love with each other, with our film, and with the history of Japanese cinema as well as the enormity and strange intimacy of the city. It was only a week-long shoot, yet the experience had an overwhelming effect on all of us. Whether shooting montages that expressed mood, not narrative, or covering scenes that followed no playbook, I felt free to experiment as a director because I felt supported by my friends. What started as a form of therapy for professional jealousy morphed into a highly personal work.

I lived a thousand lives as we were making that movie. How fucking great is that?

We premiered our 30-minute short,* Tokyo Project*, at this year’s Tribeca Film Festival and on October 14, it played on HBO. I feel so lucky that this personal work of mine will have the chance to be seen. But mostly, I’m thrilled I got the chance to put another stamp in my passport, the passport of my filmmaking career.

Your direct flight from Tokyo to the 1970s

Want to watch movies like a Girls’ director? Here are five key films from the ‘70s Richard Shepard recommends for TIFF. 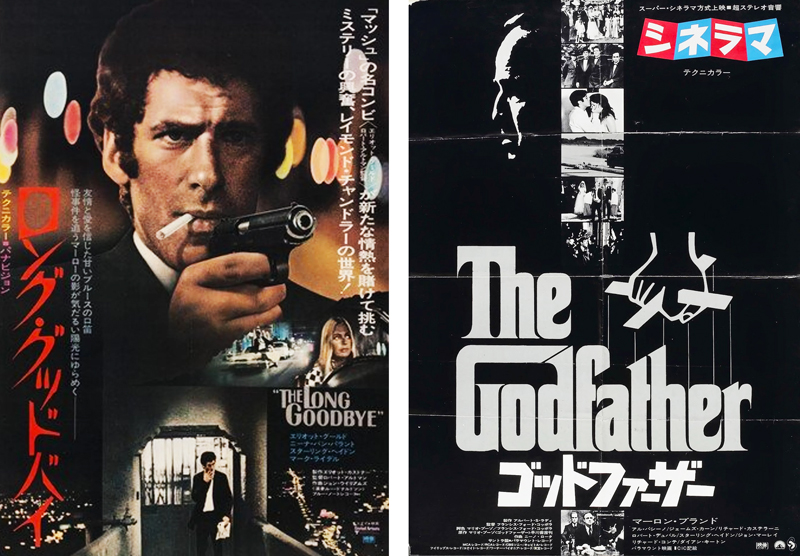 1. Save the Tiger (1973) by John G. Avildsen
"Save the Tiger and Joe are two of Avildsen's great early ‘70s movies. They’re character-driven, gritty, tough, tender, and worth seeing out.”

3. The Godfather (1972) by Francis Ford Coppola
"This might have the best last shot of any film.”

Below are two responses to our last issue, curated by actor Pascale Drevillon on the making of Pre-Drink, winner of the “Best Canadian Short” award at TIFF ’17.

RE: ISSUE 55 MOVING AND HUMAN

The last issue was an eloquent testimony to the power of acting as a tool for discovering one's own character. It was deeply moving and intensely human. — Elyse T.

RE: ISSUE 55 SPEAK YOUR TRUTH

I didn't get a chance to see Pre-Drink at the Festival, but now I will definitely go see it. I was so taken by Pascale's story that I even posted her quote: "For love has no name, no boundaries, no face, and no ethnicity... We need to keep reminding the world that our differences speak to each other without saying anything about who we are" on my Facebook page. The world needs more people like Pascale. — Maureen M.