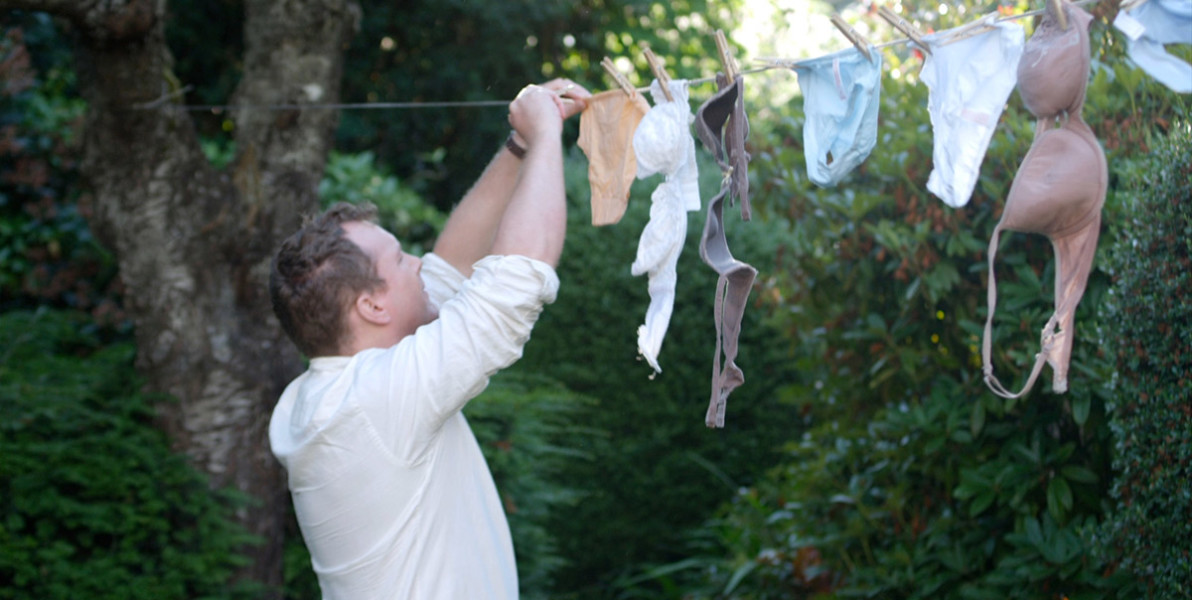 In a World Without Men

An interview with Mark Sawers, director of No Men Beyond This Point

What happens in a world where men are irrelevant?

That’s the question at the center of the latest film from Vancouver-based director Mark Sawers. His wry mockumentary, No Men Beyond This Point, envisions a world where women have become asexual and are no longer giving birth to males, and where the dwindling population of men are desperate to reclaim their place in the sun.

A smart, hilarious take on gender politics, No Men presents an alternate history where virgin births have been increasing exponentially in number since the 1950s — and only girls are being born. At 37-years-old, Andrew Myers (played by Patrick Gilmore) is now the youngest man in the world. While most of the dwindling male population has been sent to "sanctuaries" to quietly finish out their lives, Andrew lives a quiet life as a nanny for Terra (Tara Pratt) and Iris (Kristine Cofsky) — until he begins having an affair with Iris, forcing the lovers to hide not just from Terra, but from the uptight anti-sex authorities. Before long, Andrew finds himself at the center of a possible revolt, and maybe the end of humanity as we know it.

Mark Sawers is a Vancouver writer and director who has been creating film and television projects for almost 20 years. He has made several acclaimed short films, including Shoes Off!, which won the Best Short Film prize at the Cannes Film Festival’s International Critics Week. He has also directed numerous episodes of TV series, including The Kids In The Hall.

No Men Beyond This Point had its North American premiere at TIFF15, and you can now catch it during special screenings at the TIFF Bell Lightbox, starting Saturday, April 23. 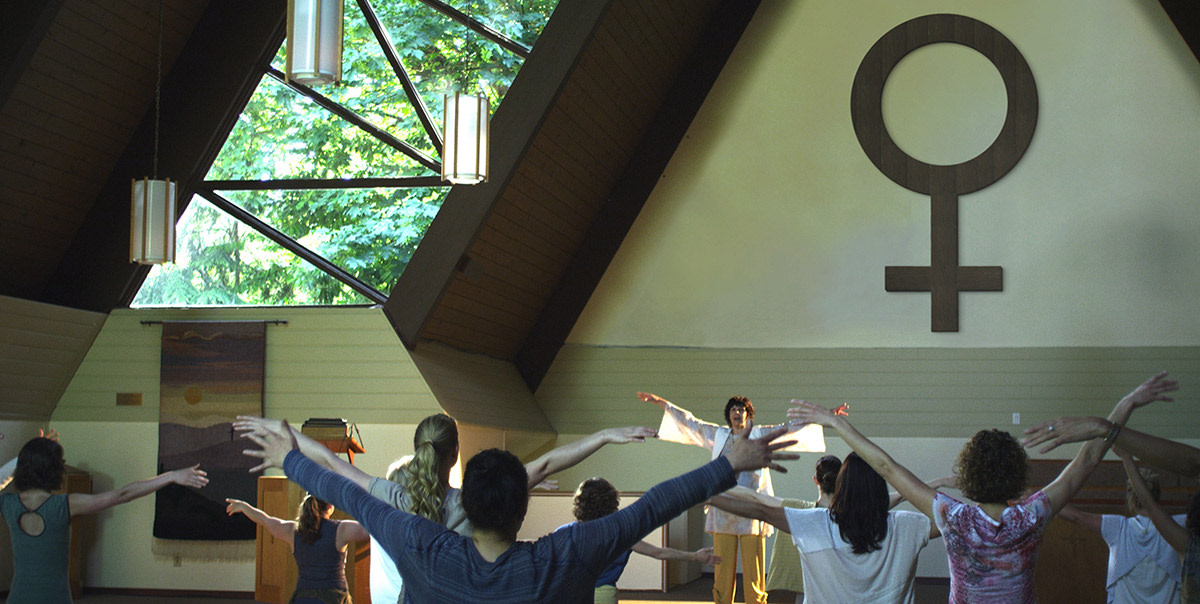 WHAT WAS THE INSPIRATION FOR NO MEN BEYOND THIS POINT?

The inspiration came from trying to find an interesting way to keep two lovers (a man and a woman) from being together. This led me to wonder about a world in which they weren’t allowed to be together - where it was effectively outlawed. And that eventually brought me to the idea of a world where women ruled and men were not only second-class citizens but going extinct. The challenge then became: how do I explain how this world came to be? That’s how it became a (faux) documentary - because there was so much historical and scientific information to spell out.

HOW DID YOU BALANCE COMMENTARY AND COMEDY?

The balance between comedy and commentary was easy because there really was no balance. The goal was always to just make it funny. If some commentary comes out of that process: great! That’s satire. But if there was ever just straight commentary in the script then it had to be cut out.

I LOVE THAT YOU DIDN’T SET THIS IN A FUTURE, BUT RATHER A DIFFERENT TIMELINE THAT OFFERS A BIZARRO VERSION OF OUR OWN PRESENT. WHAT WAS THE PROCESS LIKE OF BUILDING OUT THAT WORLD?

It’s easier to rebuild a world out of one that already exists than to start from scratch, which is what setting the story in the future felt like it would entail. Since the past has already been written, all I had to do was rewrite it to suit my needs. Recreating these scenes was not easy, of course — especially given how low our budget was — but it was very convenient to have real historical footage to copy.

From a directing point of view, it was great to be able to point to an archival photo or a film clip and say to the production designer and the director of photography: “This is exactly what I want it to look like. We’re just going to swap out Lyndon Johnson for a woman.” 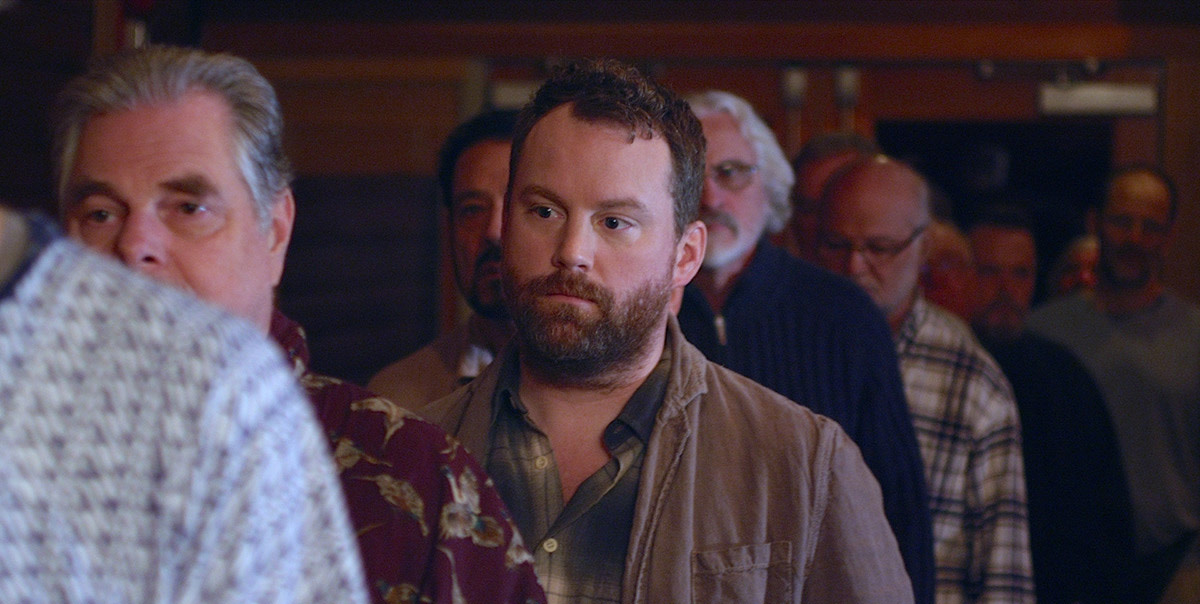 AS I TYPED THIS QUESTION, IT WAS NATIONAL CANADIAN FILM DAY. DO YOU CONSIDER YOUR FILMS PARTICULARLY CANADIAN? WHAT’S THE HARDEST THING ABOUT MAKING FILMS IN CANADA? WHAT MAKES YOU HOPEFUL?

Just the fact that we have a Canadian Film Day — and that it's only one day of the year — speaks volumes about how difficult it is to get home-grown films noticed in this country. But I suspect that that’s probably the case in every other country in the world as well (except for you-know-where). So I don’t feel hard done by. In fact, I think the support structure (funding, production services, etc.) is pretty good here in Canada. At least it has been for me.

No Men Beyond This Point is onscreen this week at the TIFF Bell Lightbox.