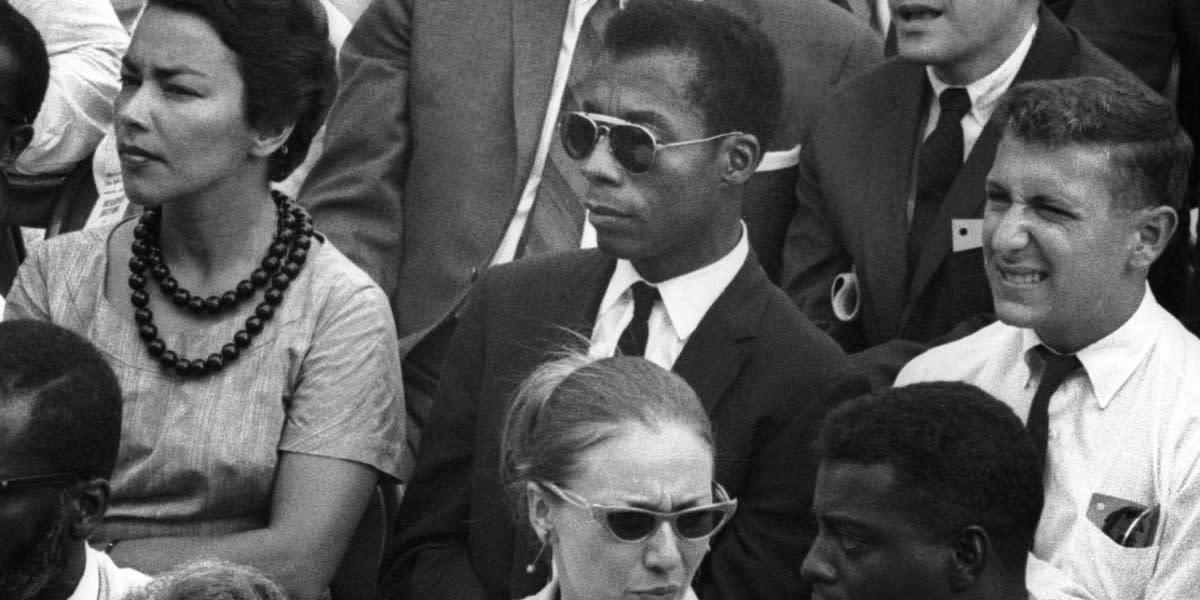 I Am Not Your Negro And The Impact Of James Baldwin

More than 28 years after James Arthur Baldwin died, Rachel Kaadzi Ghansah wrote about her visit to the late writer’s home in Saint-Paul-de-Vence. “There is no great mystery behind why Baldwin’s house isn’t treated like Anna and Sigmund Freud’s in London or replicated like Dante Alighieri’s in Florence,” she contends. Ghansah was referring to the French Supreme Court’s decision that the house wasn’t Baldwin’s property after decade-long fight to recognize its rightful ownership under the writer’s name, by Kali-Ma Morrison, his niece. Baldwin’s unrecognized possessions seem to echo his words, his legacy, his unpublished incompletions, as inadequately housed in literary history. Like other works by Black writers, he has not entirely been given his due.

A selection from TIFF Docs at this year’s Toronto International Film Festival, I Am Not Your Negro, directed by Raoul Peck, seeks to provide Baldwin a home in cinematic memory. Based on the writings of Baldwin, in particular his unfinished text called Remember This House, Peck’s documentary recollects the lives and tragic assassinations of Medgar Evars, Malcolm X and Martin Luther King Jr.

At this year’s Documentary Conference, Thom Powers interviewed Peck on September 13. In the podcast below, you can hear the documentary filmmaker shedding light on his intimate admiration for Baldwin’s writing, his casting of Samuel L. Jackson as the late writer’s voice, the relevance of Baldwin’s work within and outside Black America and the need to preserve and promote Black filmmakers.

Here are the five key highlights from the interview:

Baldwin’s Words Were Always A Part Of Peck’s Life

“As a black little boy, if you’re interested in literature or film, we would always come to a point where we felt that this book, this film, were not telling our story. It did not represent what we were living in our everyday life. At that time, there were not many authors that you could look up to.

As far as my life is concerned, I had James Baldwin, Aimé Césaire and Frantz Fanon. I started reading Baldwin when I was 16. It was a big change. It really give me the legitimacy of thinking, of accepting who I was. He allowed me to decipher the world around me. In a very poetic way, in a very real way. He’s a theorist, rhetorist, and at the same time (his writing) was about your daily life. How do you watch film? How do you interact in a civil situation everyday of your life? For a very long time, I felt like I grew up with Baldwin. When I was in my 20’s, I realized I was saying a lot of things that were, in fact, Baldwin’s. For me, he was always part of my life.”

2. He Cast Samuel L. Jackson For His Soul, Not Just His Voice

“More than just somebody that had a great voice and is well-known, what you really need is that the voice can create a character, totally independent of its own soul, its own feelings. I needed somebody who not only represented something but also (someone) who could delve inside that character and create it. I had a list of six to eight well-known Black actors. The criteria (for casting) was diverse, one of them being your credibility as a human being and what you meant to the population at large and what you represent.

Samuel L. Jackson came on top of that list, very early on. He’s the first one we approached, through my lawyer, Nina Shaw, and he accepted very quickly. He read the text and saw the edit that we had at the time. We set up a time for the recording. I didn’t give any particular direction to him beside telling him, ‘Whatever you have to say, it has to come from the inside. You are the text. You are Baldwin. Work with it as you would do for any role on stage.’ Actors on stage really know how to work that way; they have the text and they really play with the text until they own it. This is what we needed for this voice.”

3. Peck’s Autobiographical Roots Of I Am Not Your Negro

“This particular film is about my youth here (United States). For me, those images - Martin Luther King Jr., Robert Kennedy, John Kennedy’s (photo) on the walls of my uncle’s kitchen in Brooklyn (there were those velvet rugs on the wall that you could buy on every street corner) - were part of my youth. I remember looking at those on the wall and something felt wrong about it. It was a mythological picture.

The film is revisiting thousands of these (icons): Stagecoach, John Wayne, Doris Day. Those are the images of my youth. They frame me as well. This film is also something like a memoir.”

“He wanted to write screenplays. I think it’s published - his Malcolm X screenplay, but of course, it’s unfilmable. It would cost 500 million dollars! He has three lines, (where there is) a setup of birds and flies, that would cost millions to do! But I like the poetry of the way he wrote that screenplay. Today, you would probably do three seasons of Malcolm X (as a TV show), which is the ambition he had! Those people (Malcolm X and Martin Luther King Jr.) were so important that they should have that much screentime.

It was almost too early. I mean, today Baldwin would have (access to) agents, managers, companies, rappers, fashion, record (labels). This business is a big part of that. At the time, Baldwin did not have that kind of infrastructure and demand. A lot of his work is incomplete, of course, but it is important because it touches, each time, the basis of very a important subject. He was the first one to open your eyes to those projects.”

5. Black Filmmakers Should Not Have To Convince The Industry They “Exist”

“I don’t believe in those momentums. I’ve seen too many of them, all my life. In fact, if I may say so, I’m one of the few (Black filmmakers) in my generation who (has) survived. I know a lot of good friends who won a lot of prizes in Cannes, who today cannot find money to make films. My elders, people who I look up to - because they were the only ones I could watch as examples of what I wanted to do - like Charles Burnett, Haile Gerima, Billy Woodberry, all of these people are still trying to make their films.

I’ve seen those who came after them who made two-three films. Women - people like Julie Dash! All those great women who disappeared at some point and (have been) struggling to make their films. Those were important people for cinema.

Somebody like Carl Franklin! I remember The One False Move. When I saw this movie I was blown away. I thought, ‘Wow, he’s made it! He’s going to be the next Spielberg.’ That did not happen. He made some films and he’s still working, in fact. He’s done a lot of television series.

These people should have a pile of money and choose whatever project they want to make. I think we’ll never get it (support/attention) from the industry, unless we take it. The result for me is to be able to be in a room with an executive to whom I pitch my project. I have half an hour. It is somewhere that I don’t need to spend 25 minutes of that half an hour to explain who James Baldwin is and why he is important. That’s the result I want - whether you are a woman, gay or Asian. We should be able to enter a room to somebody who knows where we come from, who knows our history...and somewhere we can talk film, and not have to convince (others) that we exist.”