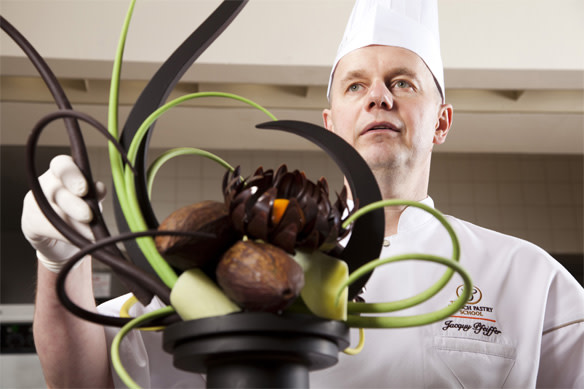 Starting Friday, August 19, TIFF Bell Lightbox screens Unlocking the Cage, a new film from acclaimed documentarians D.A Pennebaker and Chris Hegedus. Anyone moderately familiar with their previous work (um, Pennebaker's Don’t Look Back) will be understandably pumped. The doc chronicles the work of Steven Wise, an animal rights lawyer who fights for the legal personhood of four chimpanzees. Using writs of habeas corpus, Wise argues that the cognitive complexities of these animals should guarantee their rights to live outside of captivity. Forcing the viewer to question their conception of personhood, it engages ideas of what makes a person a person and how those definitions can and should be questioned.

For an equally compelling character study by Pennebaker and Hegedus, I recommend that you visit your local patisserie and grab as many macarons as you can handle for a viewing of the legitimately delightful 2010 effort, Kings of Pastry. The film follows French pastry chef Jacques Pfeiffer’s experience in the Meilleurs Ouvriers de France (M.O.F.) competition. Designed to showcase the highest levels of excellence in French trades, Pfeiffer bakes his ass off in an attempt to attain the most prestigious recognition for a pastry chef in France. The individuals who hold the title of M.O.F. (a badass title in itself) are the best of the best. This chef attempts to attain perfection by elevating the art of baking to a mixture of magic and science. Two words: Sugar. Sculptures.

Full disclosure, I completely understand that this sounds like a very French episode of pretty much any cooking show on the Food Network. The beauty of this film is the exploration of the details and the incredible ramifications that come from the smallest choices. Pfeiffer has spent years baking in Chicago, founding the French Pastry School there. In advance of the competition in France, he comes home to Alsace to train using only French ingredients. The slight difference in fat content between French and American dairy products necessitates tinkering with cake recipes. This results in a small difference in chemical structures, which ends up requiring extra baking time. In the art of baking, small choices have big consequences, and in many ways, this film is an exploration of the decisions one must make in order to become a master of their craft.

In a time where Olympians are defying physics with feats of incredible strength, it seems timely to consider the effort required to be great. Now, please pass the meticulously crafted sugar sculpture and enjoy the film.