From Grandmaster Flash to Working With Brie Larson

From Grandmaster Flash to Working With Brie Larson

TIFF Rising Star Mamoudou Athie, behind 2017's The Get Down, Patti Cake$, and Unicorn Store, reveals why he needs to work with the outliers

Right now, I’m really interested in two things, the first being whimsy. I know, how do you just say that? But when I say “whimsy,” I’m speaking stylistically: it’s all about the world a filmmaker is building. Movies like Amélie, The Science of Sleep, Eternal Sunshine of the Spotless Mind, and La La Land have something fantastical in them that’s also hopeful and lovely. Look at the times we’re living in: does everything have to rip your fucking guts out? Sometimes you want something that appeals to a different sensibility.

When I was in theatre school, I did this play called The Visit by Friedrich Dürrenmatt. It’s a beautiful story about humanity, money, and need. It was the first time I realized: "This is what I can do until I'm 80 and feel like I'm being useful in the world." It felt like a vehicle for social change. I know whimsy and social change might sound like they’re at the opposite ends of the spectrum, but I’ve been rewatching Her a lot, which feels like it has its feet in both worlds. I also just saw The Florida Project, which as hard as it is to watch, has something very innocent about it. I love the idea of putting something into the world that’s devoid of cynicism. 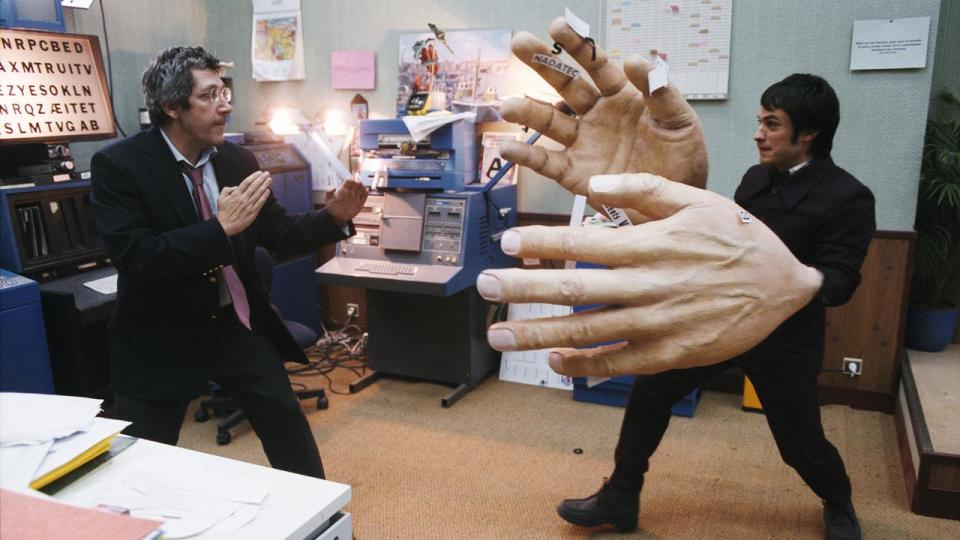 The second thing is… acting with an open heart. Last year, Jabari Brisport (a former classmate of mine) decided to run for New York City Council in his neighbourhood in Brooklyn. I thought it was such a beautiful thing that he was putting his money where his mouth was. It got me thinking: "I should be giving back a lot more, I don't feel like I'm doing enough." I was shooting a movie directed by Jason Reitman called The Front Runner and was talking about this to another actor, Steve Zissis, on set. Steve told me, “You can’t discredit yourself. There’s still a lot of good to be done in giving yourself over to your vocation.”

Everyone who knows me knows I've been obsessed with acting for years. I used to be, and I suppose I still am, fascinated with technique. Prior to grad school, I’d sit in the New York Public Library, rewinding a taped performance of Bradley Whitford in Boeing-Boeing, asking myself: how is he doing that? In Her, Joaquin Phoenix spends the entire movie simply talking and listening to a person who's not physically there. It's so beautiful to see how open he's being, without pushing or trying to emote.

“It is in your self interest to find a way to be very tender.” — Jenny Holzer

Mamoudou Athie stars in the ultra-whimsical short Oh Jerome, No.

A lot of actors can do smoke, mirrors, and pyrotechnics, but you can't fake being there. My favourite thing to watch is two actors having an honest conversation. While shooting Jean of the Joneses, directed by the wonderful Stella Meghie, I visited my teacher Ron Van Lieu and watched him discuss chemistry with his students by doing a scene from Cat on a Hot Tin Roof. He proceeded to tell a beautiful and quite effective story about what it actually means. What I gleaned from it was: “My job is solely to listen.” On set, I threw away all my fun ideas to see what could happen when I just received what was given to me in a scene. Watching the film, I was pleased with some moments and cringed at others, but at least it didn’t feel like I was lying.

Lately I’ve been drawn to working with directors who are very pure in their approach to what they want to make. With Unicorn Store, not only did I love the writing, I was dying to be directed by Brie Larson. After I auditioned, Brie and I had a long Skype call. After that, she left me alone to do my job because she trusted me. I found it incredible to watch her direct at the same time as she was acting. There’s one scene where her character finally takes me to the Unicorn Store. It's empty (spoiler alert) and Brie had to get very emotional. Afterwards, I watched her call "cut" and go right back into setting up an elaborate shot. I have no idea how she was able to do that.

The Get Down was my first big job and it taught me a lot, especially how to handle big tonal shifts within the same character. I was personifying the real-life DJ Grandmaster Flash, who was described in the script as a larger-than-life superhero. In episode two, where I leave the purple crayon with the guys, I felt I might as well been onstage doing theatre. But in the fifth episode, we shot a quiet scene in a Jamaican restaurant where Flash has a heart-to-heart with Shaolin Fantastic (Shameik Moore). I felt like, in those collective moments, I learned so much about the camera and how we interact. It’s an exciting, constant experiment!

While my tastes have changed, there are certain performances that will never leave me. There was a period when I was really interested in '70s and '80s movies starring Al Pacino, Robert De Niro, and Marlon Brando. (I could watch The Godfather for-fucking-ever.) Someone like Joaquin Phoenix just stands the test of time for me. I love his career because he only does what he wants, there's no "one for me, one for you." At the same time, I’m obsessed with Ryan Gosling’s taste — all his choices are so fascinating to me! The work of Denzel Washington and Sidney Poitier also means a lot. To see these Black actors on screen doing wonderful parts devoid of stereotype is truly inspiring.

Being an actor is an insane luxury. The industry is totally changing — I don't know if 10 years ago I would have gotten some of the parts I’ve played. (Frankly, I don't know if I would have been sent out.) I’ll be the first to admit I’m a bit of a strange person, so I need to work with the outliers. 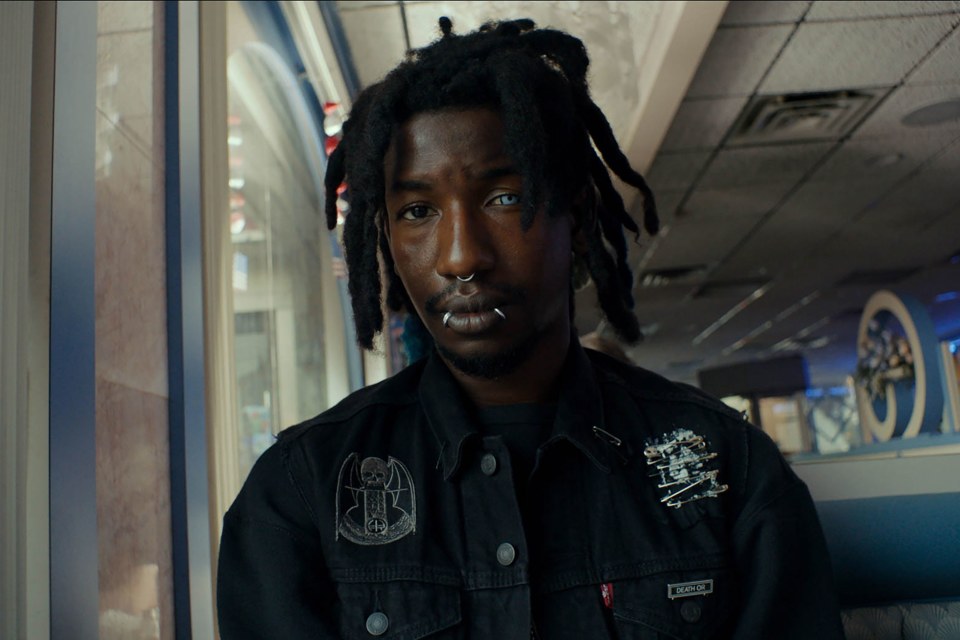 WATCH In the spring I saw this Japanese animated feature, Your Name. I love this movie so much — it’s beautiful, charming, and also really moving. If you watch it, you’ll totally get my vibe, you’ll totally get my whimsy. I also finally watched Half Nelson (gorgeous!) and really enjoyed The Big Sick — Holly Hunter and Ray Romano just slayed it.

Do the Right Thing is still one of my favourite movies of all time. I saw it for the first time when I was living in a Brooklyn apartment. My rent cost $300, my fan had just fallen off my bed, I was so broke, and it was 89 degrees out, so it felt was like I was living inside of the movie. I’ve never had a film experience like it since.

LISTEN I've just been listening to Arcade Fire non-stop, especially their song “Afterlife” and their new album, Everything Now. I had missed them in New York and Atlanta, so I said "Fuck it, I guess I’ve got to go see them in Toronto." That was my first time seeing them in concert and they really fully commit to their performance. Win has such a beautiful honesty, and when Régine sings she is incredible; I just love her voice. 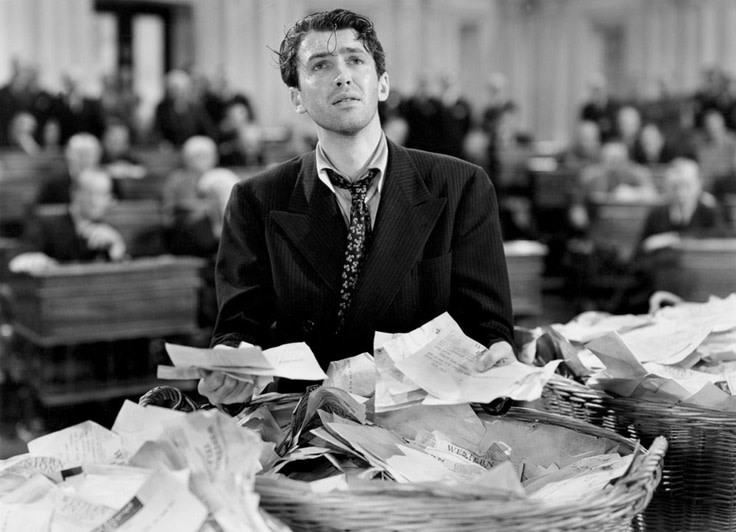 We believe a powerful film or work of art — or, uh, email newsletter — should generate a reaction. That's why we're thrilled when readers of this humble publication choose to reach out and tell us what they thought. If you've got something to say, please SEND US A LETTER and SUBSCRIBE TO THE REVIEW.

RE: ISSUE 58 SONG TO SONG I loved your article on film composers. As a composer myself, it's always very insightful to learn about the challenges other people face when scoring, as well as their solutions. Our craft is very meticulous in its nature and it's through articles like yours that everyone in the film industry gets to understand it a little better. — Suad B.

Browse more of The Review
Share on Twitter Share on Facebook
Help us make access barrier-free for youth.
By making a gift of $8 or more, you can help provide opportunities for young people to participate in transformational film experiences.
Donate Now
close